The statue of Padmasambhava at Hemis Monastery. Photo: The Compulsive Traveller 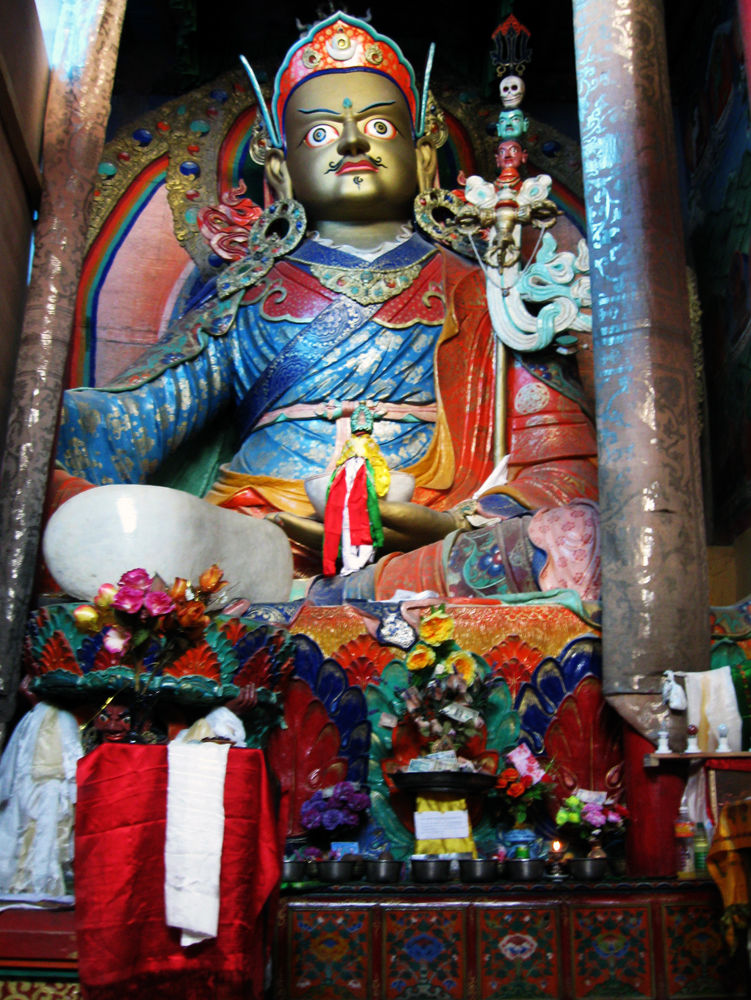 Does the idea of trekking miles in the barren wildernesses of Ladakh to look for the famously elusive snow leopard while camping out or staying with villagers in homestays, eating their food, and learning their culture give you an immediate adrenaline rush? How about a monastic festival or two thrown in? Sounds great? Then, head straight to Hemis next winter.

The richest monastery of Ladakh

Hemis, or Hamis, is a village located barely 40km from Leh town, the headquarters of Ladakh. It’s most famously known for its monastery, 45 km from Leh, and one of the oldest and largest gompas in Ladakh. It’s also apparently the richest. 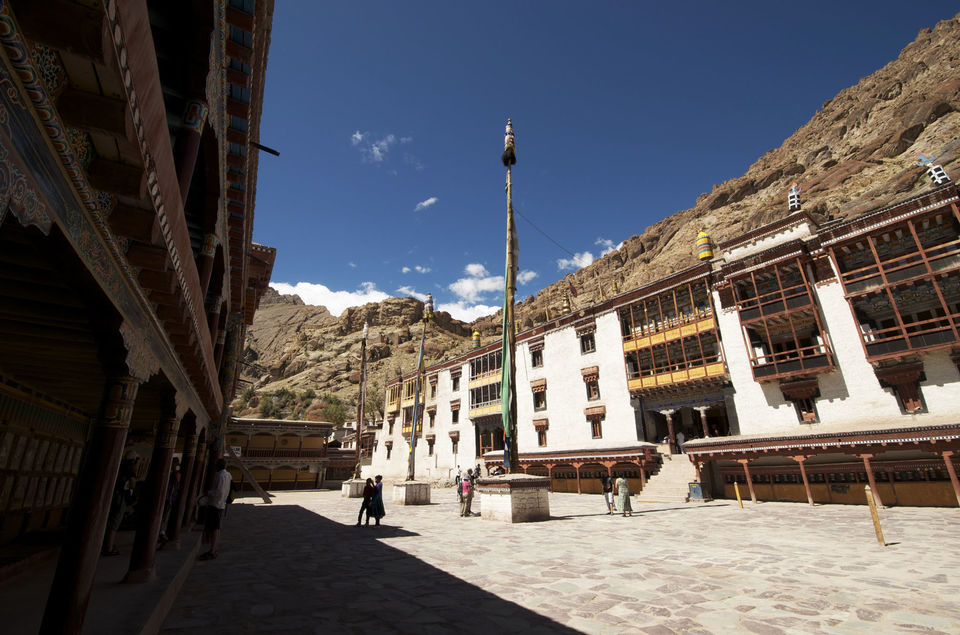 Though Ladakhi king Sengge Namgyal re-established the monastery in 1672, there is evidence that a monastery existed there even earlier than the 11th century. The monastery is dedicated to Padmasambhava (Guru Rinpoche). The monastery houses a striking statue of Padmasambhava, and the walls and ceilings are adorned with rich murals and thankas.

Unlike some of the other monasteries with more dramatic locations, Hemis monastery stands surrounded by low mountains and cars practically go right up to its doorstep. However, like other Buddhist gompas, it is isolated from human settlements and do not expect to find shops or eateries nearby. The nearest hotels or other forms of ‘comfortable’ accommodation are in Leh. 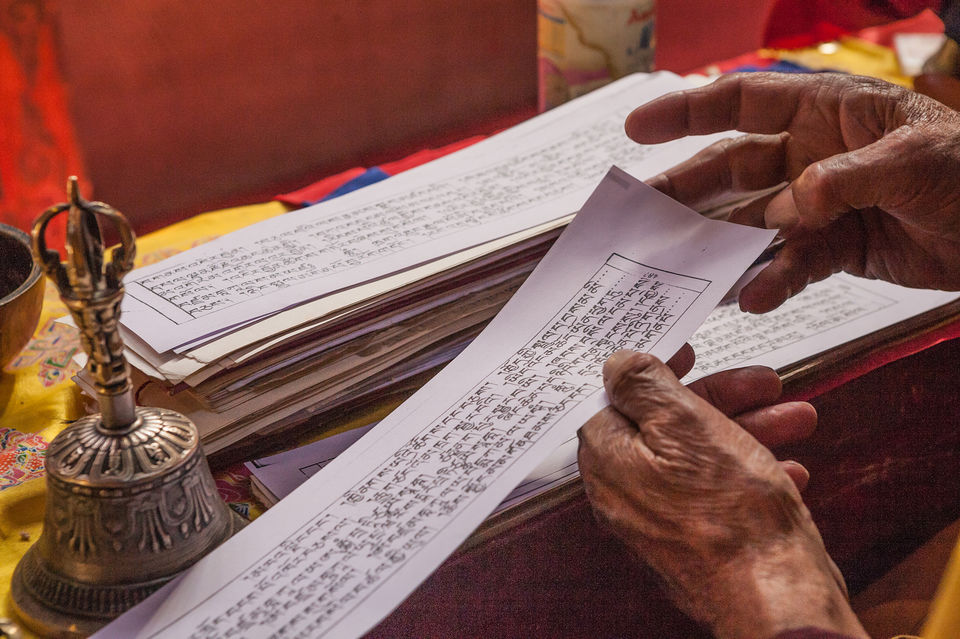 Hemis monastery is also famous for its yearly festival, which is held to honour Guru Rinpoche. Since it is held according to the Tibetan lunar calendar, its dates on the solar calendar change every year.

It is held on the 10th day of the fifth Tibetan lunar month, the day on which Padmasambhava is supposed to have been born. This year, the dates fell on July 14–15, so if you plan to go, find out in advance the corresponding dates on the Western calendar.

It is perhaps the grandest festival in Ladakh and gives a fine display of Tibetan ‘chham’ (masked) dancers to their traditional music of cymbals, long horns (dungchen), and drums. 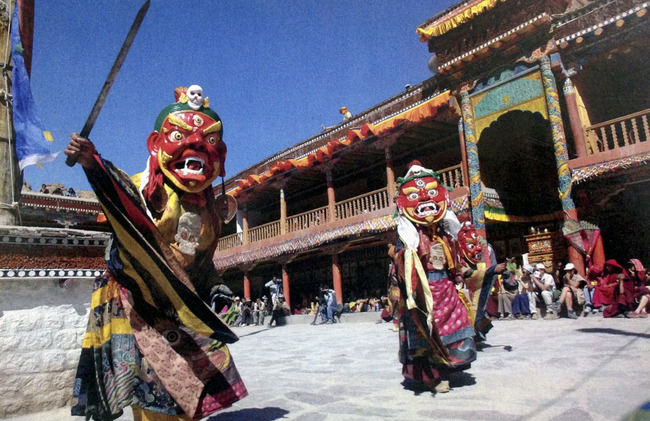 The trek to the interiors of the Hemis National Park to hunt for the endangered snow leopard is, however, a different ball game altogether. There is no accommodation there apart from the village homestays, unless you are looking to camp out.

Remember, however, that there is no guarantee of a sighting. If you have read books like ‘The Snow Leopard’ by Peter Matthiessen, you would know how intelligent and elusive an animal it is. Though Hemis National Park is believed to have the highest density of snow leopards among all the protected areas, a sighting would depend mostly on luck. 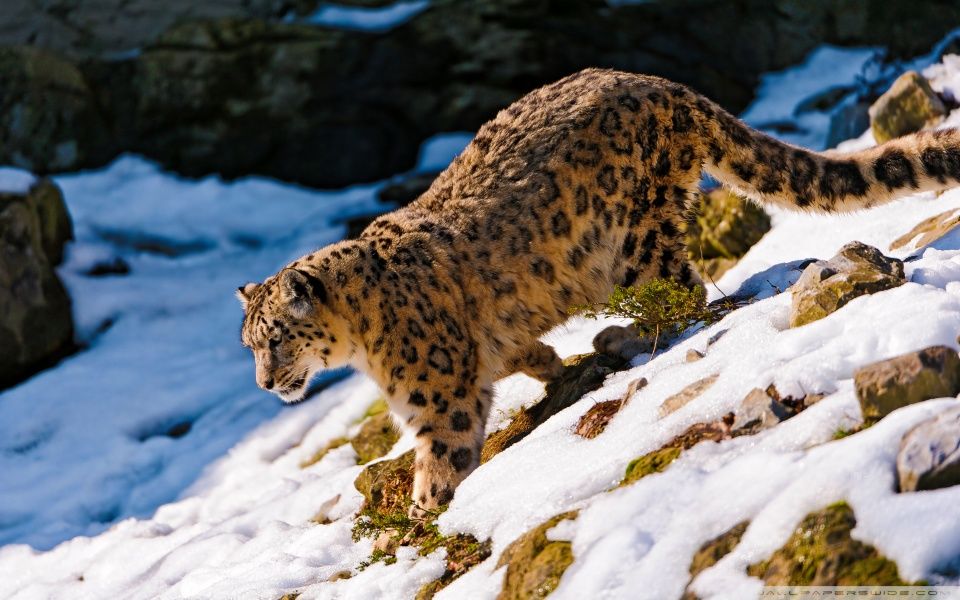 The best time to go on the ‘snow leopard’ trek is from January to March, which is the mating season for the animal. It’s the best time for a sighting, says the Ladakhi Women’s Travel Company, which offers comparatively lower rates.

"Do not expect toilet seats"

Like some of the other trek organizers, the Ladakhi Women’s Travel Company will arrange your accommodation in homestays though they also sound a warning: Do not expect toilet seats, hot water, and no private space to wash in. But for such small inconveniences, the prizes are great. 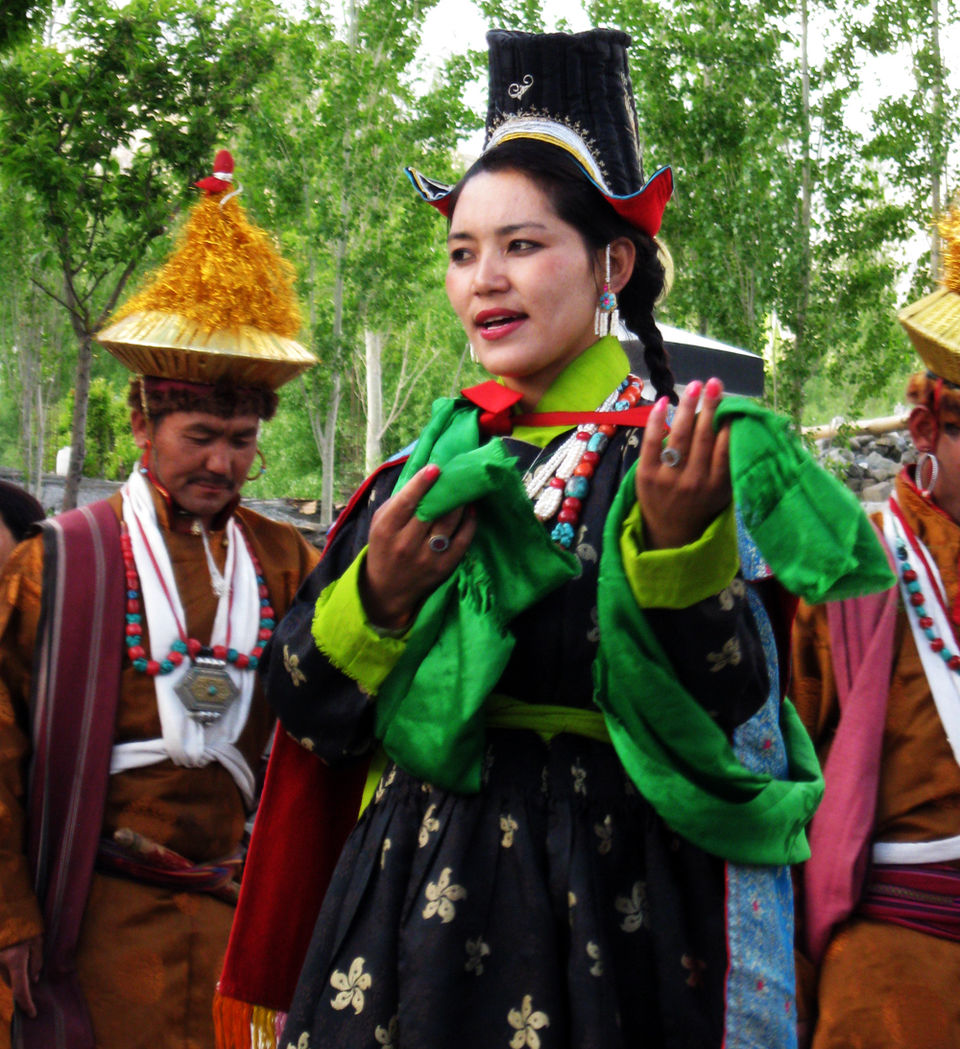 You would “walk during the day and at night stay in traditional homes where (you) can eat Ladakhi food, meet local people and experience the Ladakhi culture and lifestyle”.

Every single house in the villages inside Hemis National Park now offers a homestay.

However, remember that Ladakhi winters are really harsh with temperatures dipping as low as -20 to -25 degrees Celsius or lower. You need to be physically and mentally prepared for that.