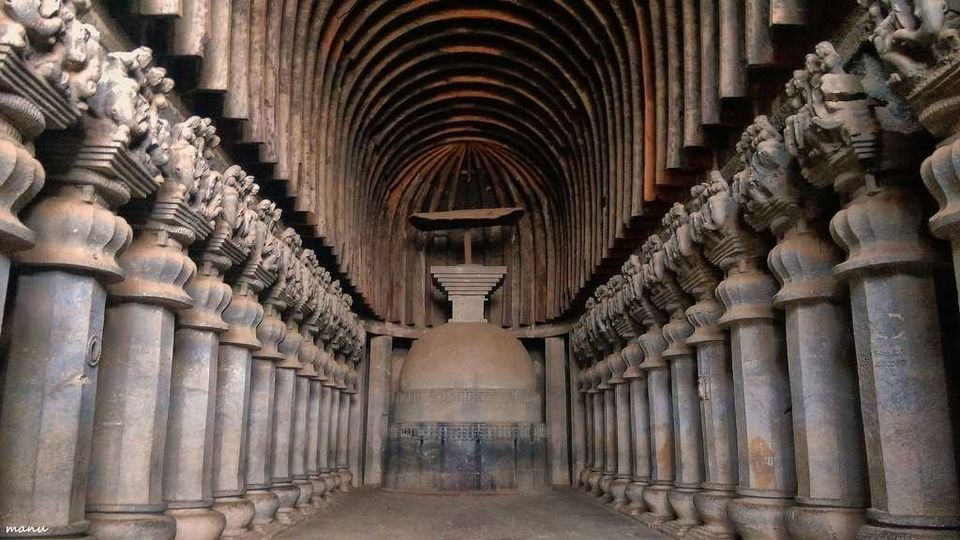 Where is a karla cave?

Karla caves are approximately eleven Kilometres away from Lonavala. These caves are a beautiful complex of ancient Buddhist Indian rock-cut caves at Karli. Therefore it is called Karla caves. These are also referred as Karli Caves, Karle Caves or Karla Cells. There are many things that you get to see and do in karla caves. The Karla caves are a famous point of attraction of lonavala tourism and hosts several tourists from every part of the country. Here are some facts and interesting features of karla caves.

Historical Significance and the architecture

The historical findings like different sources like carbon dating and rock inscriptions can be affirmed that these are the oldest of the cave shrines. It is believed that these caves developed over a considerable period of time, from the second century BC to around the tenth century A.D.! Their affiliations can be referred to the Mahāsāṃghika sect of Buddhism which was prominent in this region of India.

The architecture is a blend of Indian and Buddhist styles. It follows the pattern which is usual for the architecture of the similar period. What make Karla different from the rest of the caves are the perfection and the quintessential vastness. One such example of the uniqueness and great architecture is reflected in the main cave of Karle cave called the chaitanya cave. The carvings of the magnificent Chaitya Griha mostly describe human forms, lions and elephants, with Mithuna, or women and men.

What makes Carla caves different from other caves?

The first thing which makes karle caves stand out from rest is the chaitya griha and the second thing is the lighting.The karla caves are best known for the lighting you will get to see in the caves. Huge windows are carved on the rock, so that a hard sunlight penetrates in a proper tone, and hit the sculpture and carvings with perfect light to add value in their already exquisite contours.

The third thing is the karla temple known as Ekvira temple. Ekvira aai temple lonavala is one of the ancient temples of India and a key point of attraction of lonavala tourism. The construction of the temple can be dated back to two periods i.e. from the 2nd century BC to the 2nd century AD, and from the 5th century AD to the 10th century.

One must visit karla caves to understand the nuances of its historical significance. Read our other blogs to know more about other caves that are present in lonavala.