Weekend gateway in Pune to Karla caves and Pavana Lake 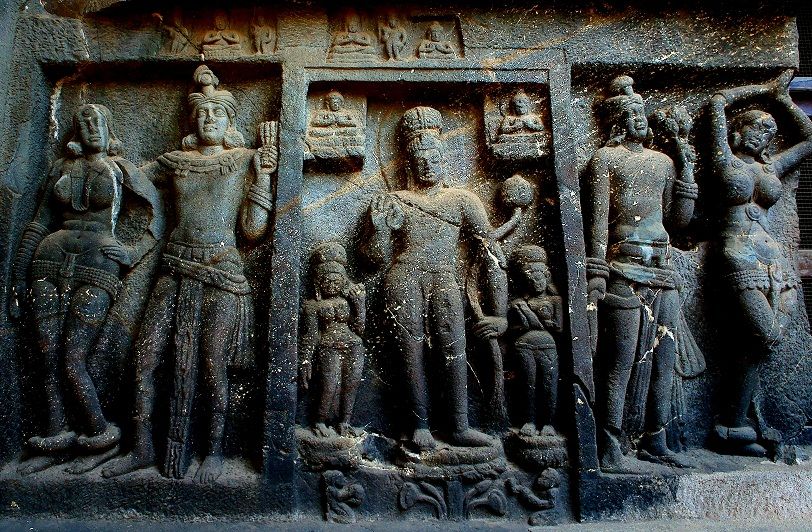 Well where do I start from? AH! yes so lets start the naration. I chose Two best places to visit *karla caves and *Pawana dam a man made lake. As they are both located in nature's womb the lonavla.So we begin Journey From my house at 7:00 clock sharp.So lets begin our story.

Enterance to the Caves 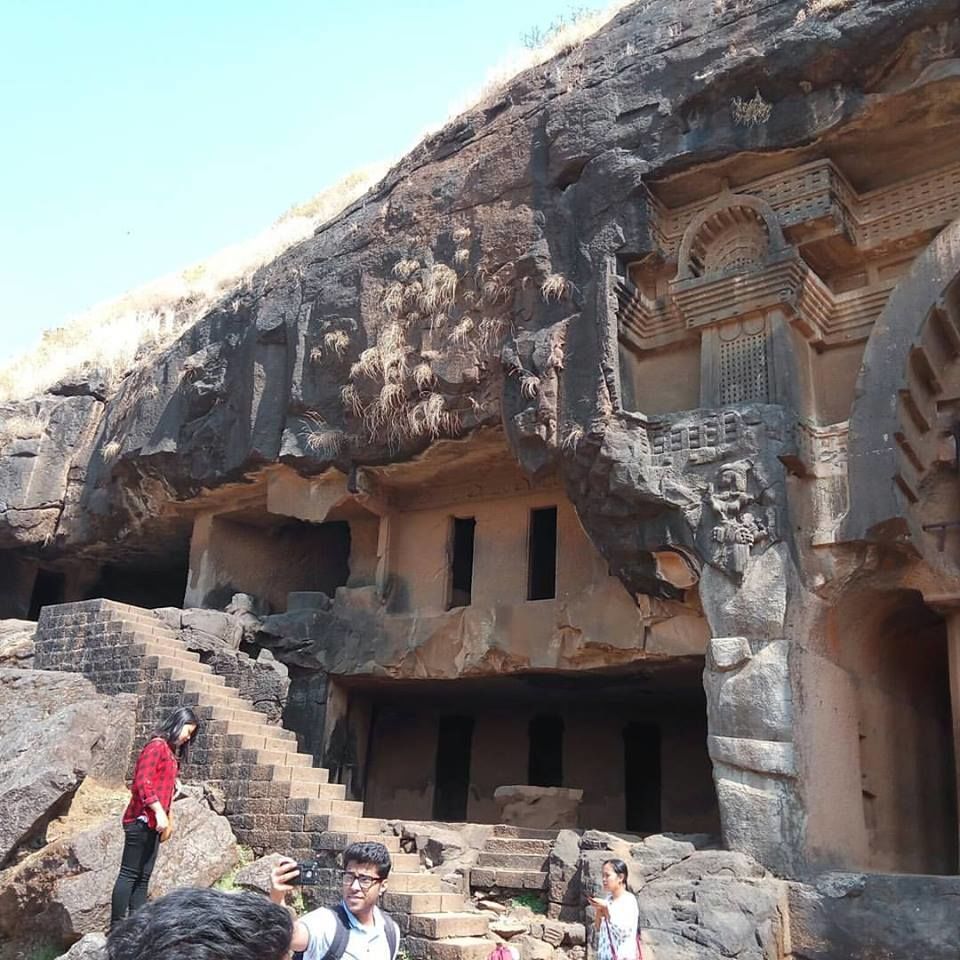 Pawana lake in its scenic Beauty 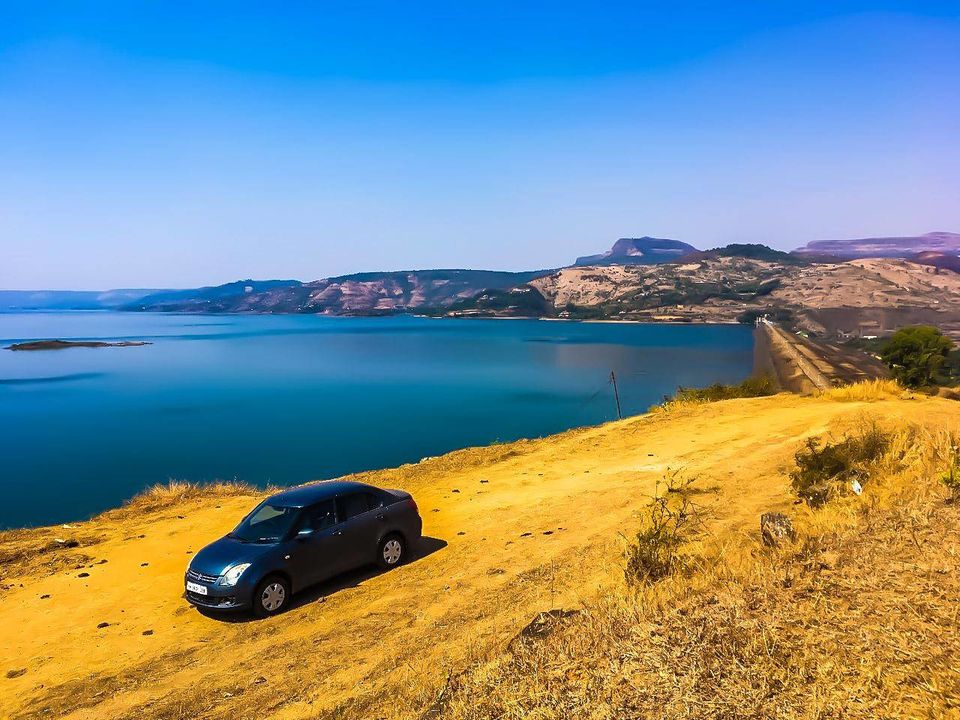 Yea thats me. Embracing the Nature and basking in its glory 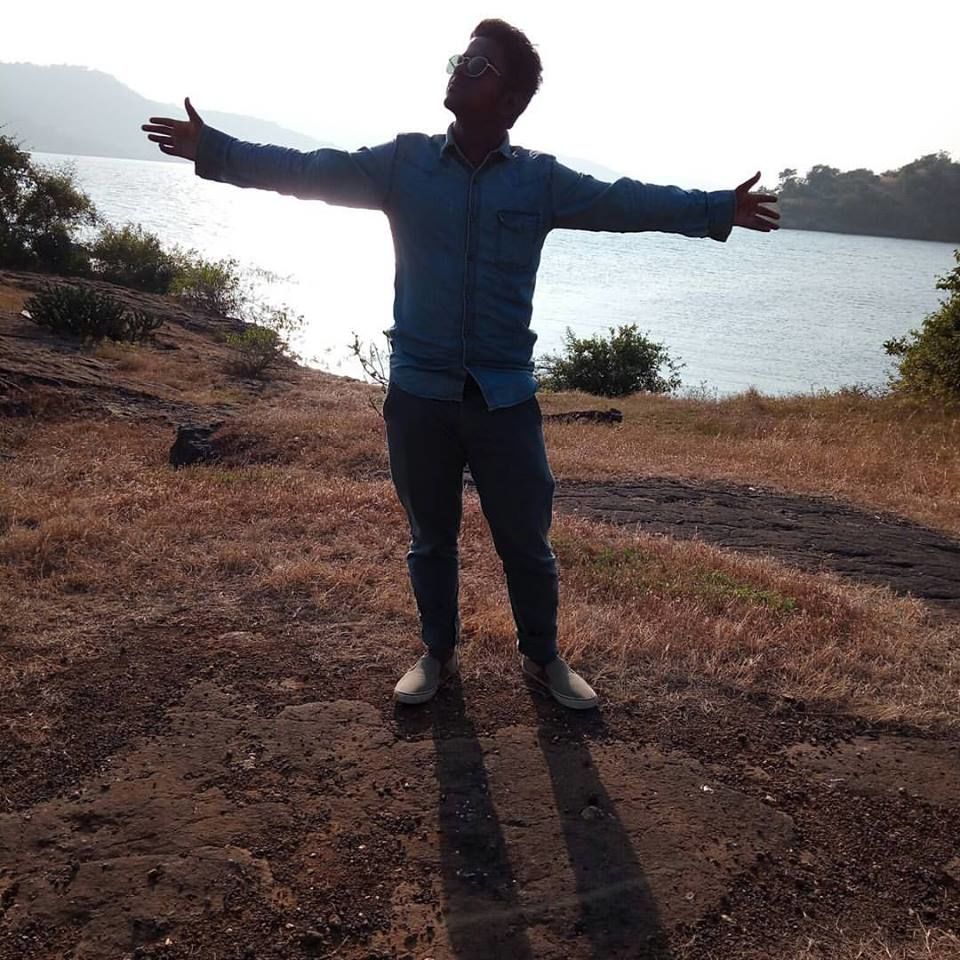 photo by my friend who visited it in rainy season 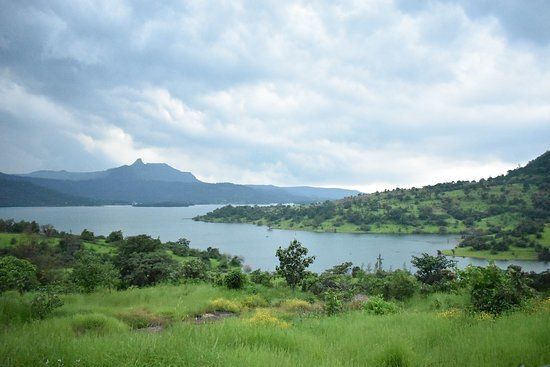 The Great Chaitya in the Karla Caves, Maharashtra

The Karla Caves, Karli Caves, Karle Caves or Karla Cells, are a complex of ancient Buddhist Indian rock-cut caves at Karli near Lonavala, Maharashtra. The shrines were developed over the period – from the 2nd century BC to the 5th century AD. The oldest of the cave shrines is believed to date back to 160 BC, having arisen near a major ancient trade route, running eastward from the Arabian Sea into the Deccan.

The group at Karla is one of the older and smaller of the many rock-cut Buddhist sites in Maharashtra, but is one of the best-known because of the famous "Grand Chaitya" (Cave 8), which is "the largest and most completely preserved" chaitya hall of the period, as well as containing unusual quantities of fine sculpture, much of it on a large scale.[1]

Many traders and Satavahana rulers made grants for construction of these caves. Karli's location in Maharashtra places it in a region that marks the division between North India and South India. Buddhists, having become identified with commerce and manufacturing through their early association with traders, tended to locate their monastic establishments in natural geographic formations close to major trade routes so as to provide lodging houses for travelling traders. Today, the cave complex is a protected monument under the Archaeological Survey of India.

Budha Stupa , the pillars above are made up of wood 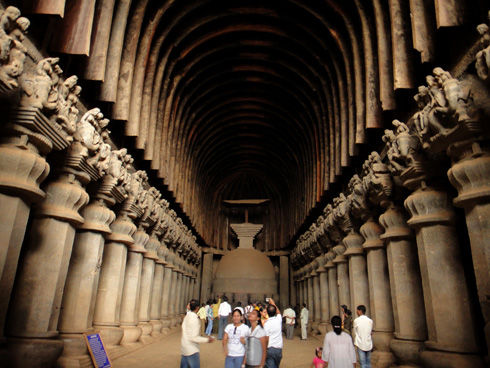 Statues and sculpture of gods

Path to the Karla caves.

The Karla cave complex is built into a rocky hillside around 60 kilometres (37 mi) from Pune, with large windows cut into the rock to light the cave interiors.The caves are among a large numbers of similar caves excavated in the Sahyadri Hills in the early 1st millennium CE. There are altogether 16 caves in the group, with 3 of them being Mahayana caves. Most of the caves are lenas, with the major exception being the Great Chaitya, Cave No. 8.

The main cave, called the Great Chaitya cave, or Cave No.8, features a large, intricately carved chaitya, or prayer hall, dating back to 120 CE. This is the largest rock-cut chaitya in India, measuring 45 metres (148 ft) long and up to 14 metres (46 ft) high. The hall features sculptures of both males and females, as well as animals such as lions and elephants.

This Great Chaitya cave, the largest in South Asia, was constructed and dedicated in 120 CE by the Western Satraps ruler Nahapana.

From Pune It is 63km Away. If you want to go by car then it’s just about 12 km distance from Lonavala. There are frequent buses that run between Lonavala and Karla caves. The buses start at 6 am and the last bus from Karla to Lonavala leaves at 7 pm.

Lonavala is also well connected from Mumbai, Pune and Nashik cities and it is a major junction where all buses traveling from/to Mumbai and Pune halts here. 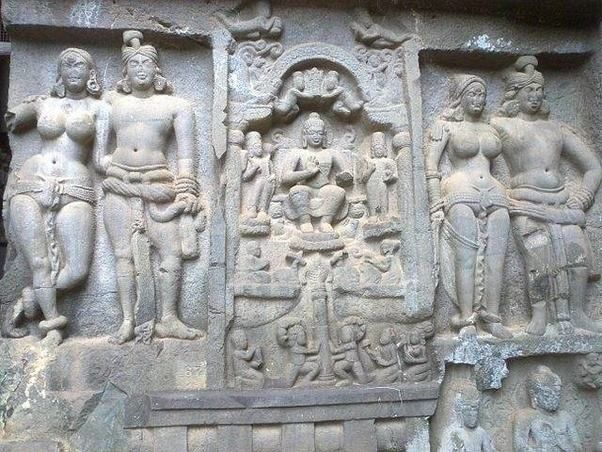 Elephants are ridden by buddha 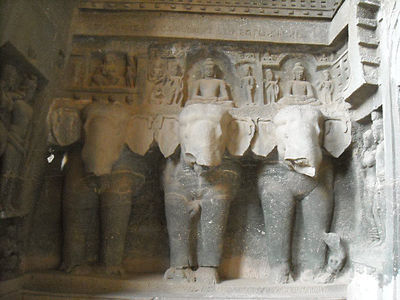 Group of Punekars. From L SOURAV THORAT ,SURAJ CHOWDHARY and ME 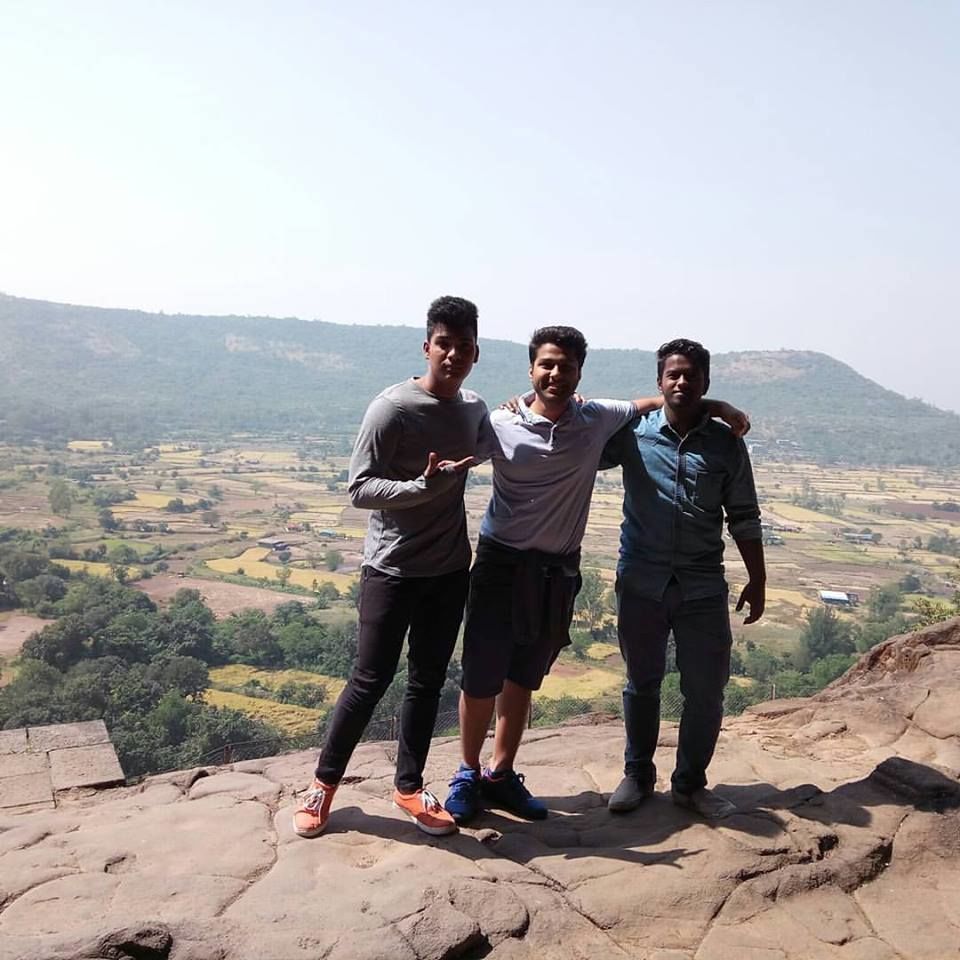 From there one of my friend suggested Pawana A man made lake.

Pavana Lake is essentially an artificial lake brought into existence due to the Pavana dam. A picturesque sight, the Pavana Lake, along with the Pavana Dam.

Offering much-needed solitude and some peace and quiet, the Pavana Lake is not a crowded place like Lonavale. Tucked away around 19 kilometers somewhere inside Kamshet, the Pavana Lake offers a soothing outing for the tired city soul. A tiny getaway in Kamshet, Pavana Lake is fast gaining popularity among the locals, most of who are looking for a quiet weekend getaway, with friends and family. A popular picnic spot, the areas around the Lake and the Dam can often be seen teeming with families out on a pleasantly sunny morning, enjoying the view and munching on the loot in the picnic basket.

If you’re looking to go beyond the Pavana Lake and wish to explore the areas in and around there, you will find the forts of Lohgad, Tikona and Tungi ostensibly visible from the Lake. Make your way tol either of the forts and enjoy a piece from our country’s history, set against the backdrop of the lush Pavana Lake and the areas around it.

While locals flock to this area at any time of the year, most of the tourists from the other parts of the country usually visit during the months of monsoon or immediately after. Set up an itinerary that includes a trip to the Pavana Lake and you’re sure to never regret it!