Orchha, as its name means, is a small town ‘hidden’ away in the forests of Madhya Pradesh. It was established during the early years of 16th century as the capital town of the ruling family belonging to the princely state of Bundelkhand region. Orchha has experienced several rulers in the hierarchical order of the clan that ruled it and these changes have coloured this town with different shades of history. These shifts are clearly witnessed in the town’s architecture; it is one of the finest example of amalgamation of Indo- Sarsanic and Islamic architecture in India. The temples built with shikharas and domes speak of the cultural diversity which has been imbibed into the town over time. Easiest access to Orchha is a 30 minute drive from Jhansi which is very well-connected with all the major parts of the country. Jhansi to Orchha can be covered by frequently running buses and autos which drop anywhere in the town as per convenience. I preferred driving down by car for the ease of travelling within Orchha since there aren’t many options available for the in-town travel. Depending on when you visit Orchha, the weather can be a little tricky but the best time to be here would be either during winters or monsoons as wandering around the palaces in summers becomes a difficult task. I visited Orchha in September. It had recently rained and the fragrance of wet earth still lingered in the air. With every forward step into the town, my eyes met the huge, ancient structures which stand still as the markers of its historical timeline and breathe of the architecture been infused into them over time. The planning of structures is in a manner that it is always possible for the eyes to be in a visual contact with them and makes them the most dominant landmarks. Settled along the banks of river Betwa, Orchha portrays itself in multiple elements of attraction in a single frame. The river bank is a major activity node of the town. During the early morning hours, sitting on the ghats, I, unconsciously, became an observer of the lives of people who were either present there as a part of daily routine or like me, were in search of something new. As time passed, the atmosphere of the ghats kept shifting to accommodate variety. The Chhatris (Cenotaphs) are situated overlooking the river; the magnificent silhouette created every evening as the sun sets behind them is every photographer’s delight. Orchha is a much laid back town; one should visit it at leisure and spend days visiting the many historical structures spread out around it. The Sound & Light Show conducted every day is a must to start relating oneself with the story of the town.

From Teen Dasiyon ka Mahal to the very magnificent Chaturbhurj Temple and from beautifully located Laxmi Narayan Temple to the Royal Bath (Hamam), the place is a treasure of stories which unfold and get linked as one travels more. Every structure has a history of its own and forms an important link in the story of the place. If one wishes to experiences different landscapes on the same trip, there is a forest sanctuary across the Orchha Bridge which promises views of animals like leopards, deers, sambhars with a variety of birds and many more. The experience of contrasting landscapes is an adventure not witnessed in many places. There are many accommodation options for every budget in Orchha. The hotels near the river are higher in price but the location and the views make them worth it. We stayed in Betwa Retreat by the river side in beautiful cottages set in an open garden. The breakfast is complimentary and the restaurant runs well; it’s a nice option for solo or female travellers. In the precinct of Jahangir Mahal is another hotel which has been restored from a palace. Sheesh Mahal is often preferred by the tourists who wish to experience staying in a historic setting. Both the above hotels are run by M.P. Tourism and can be booked easily from their website. TIPS: 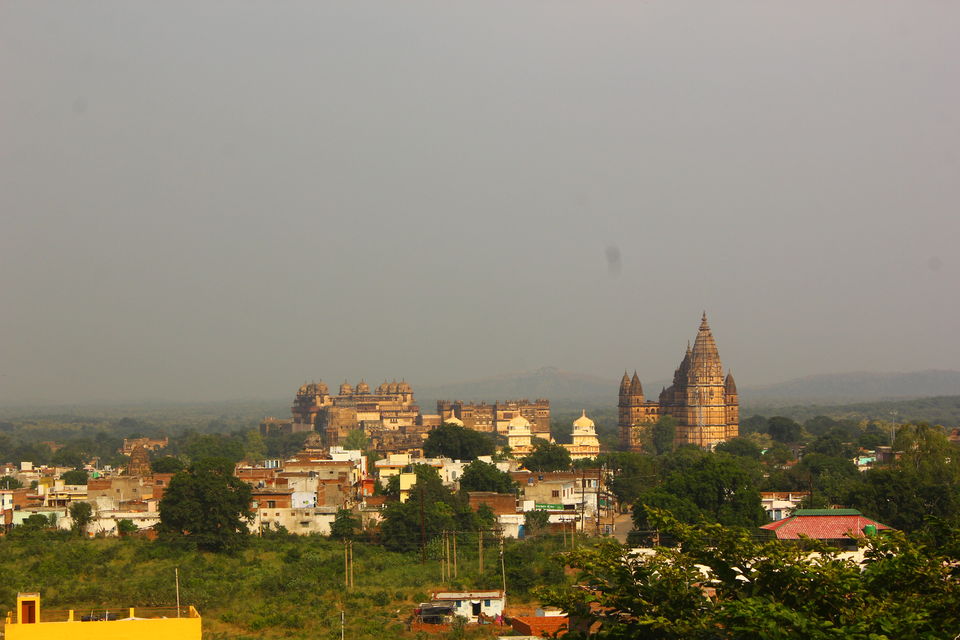 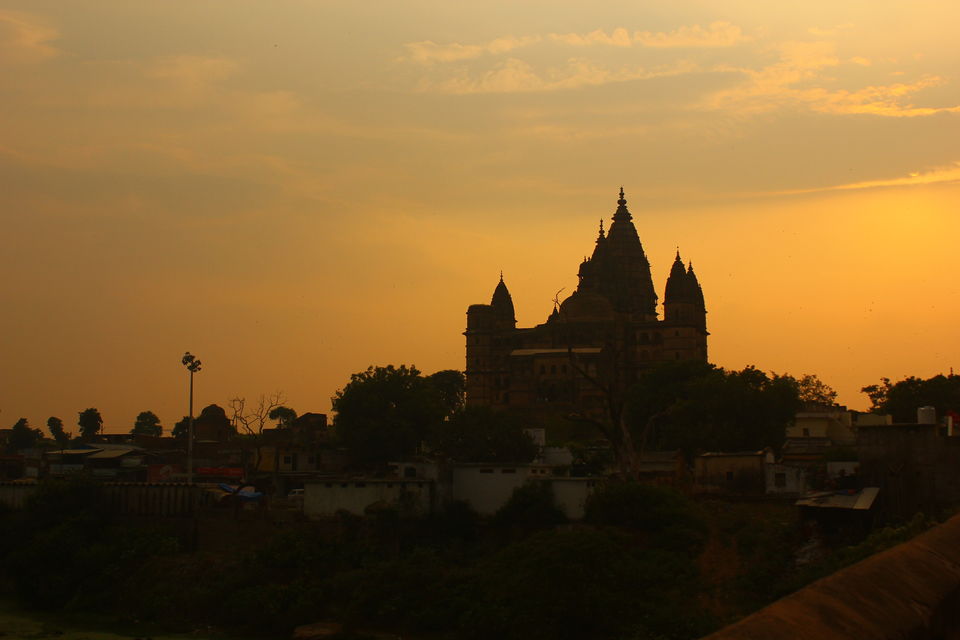