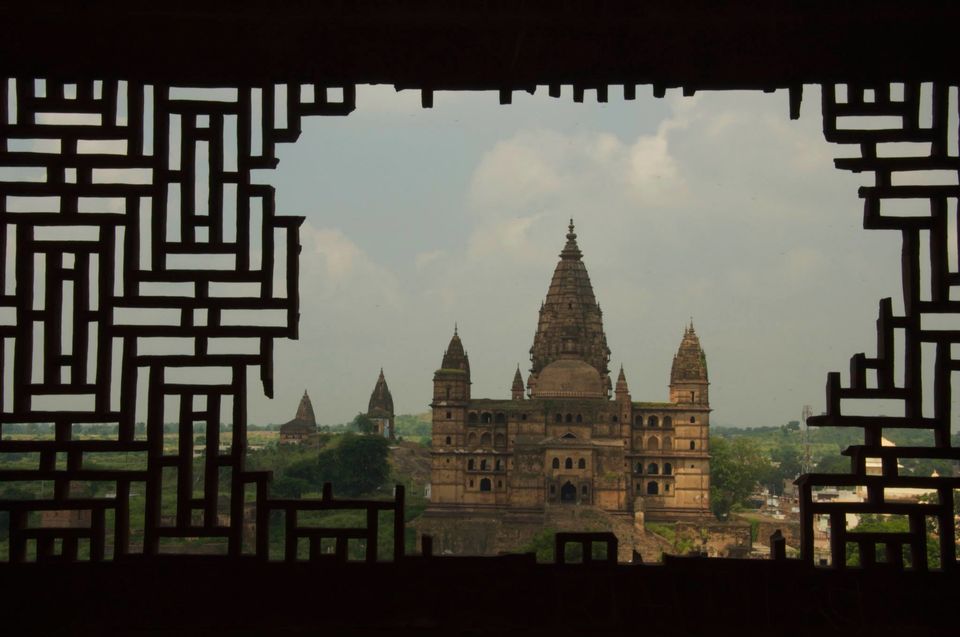 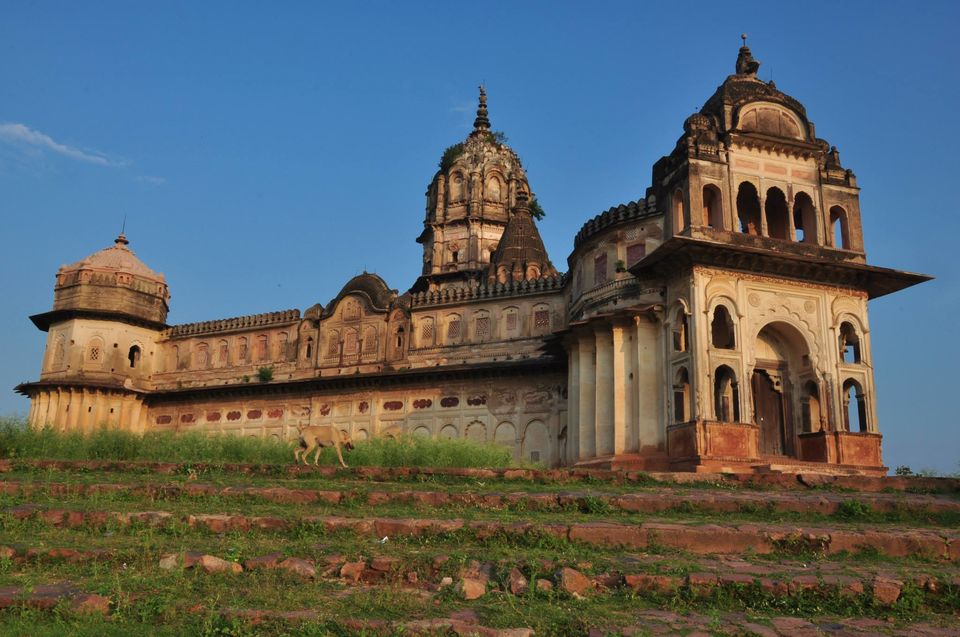 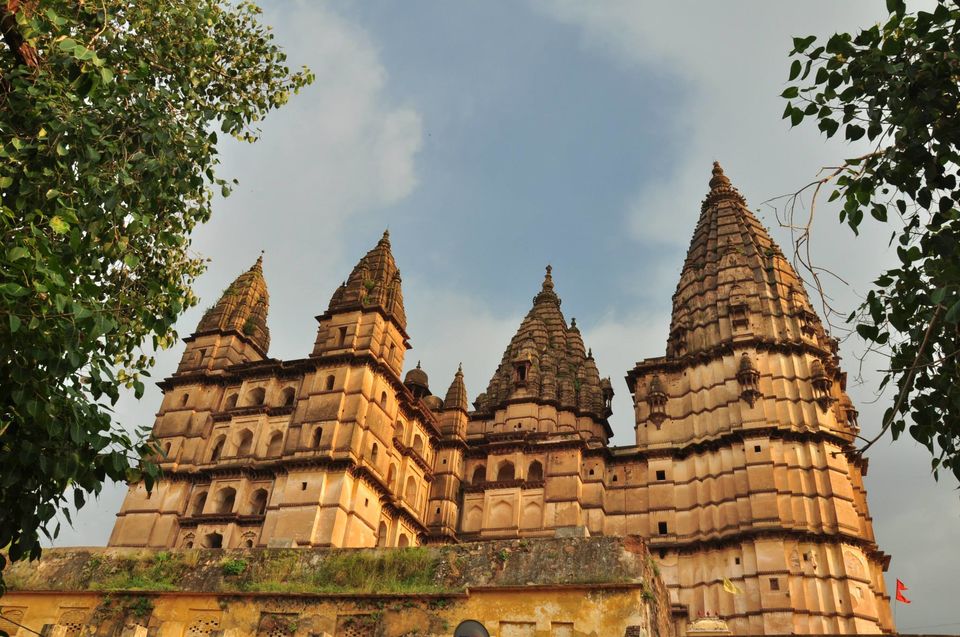 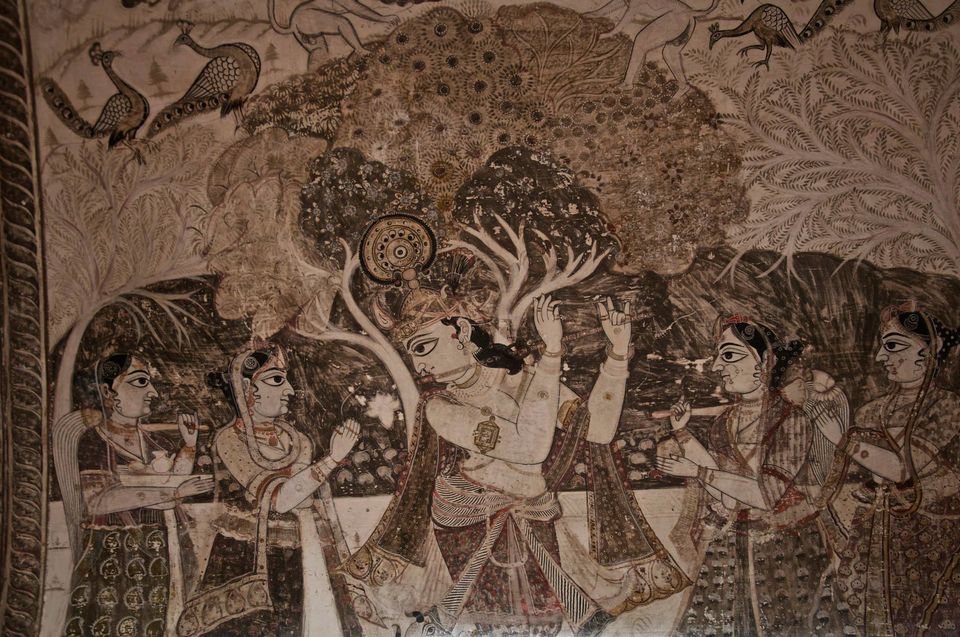 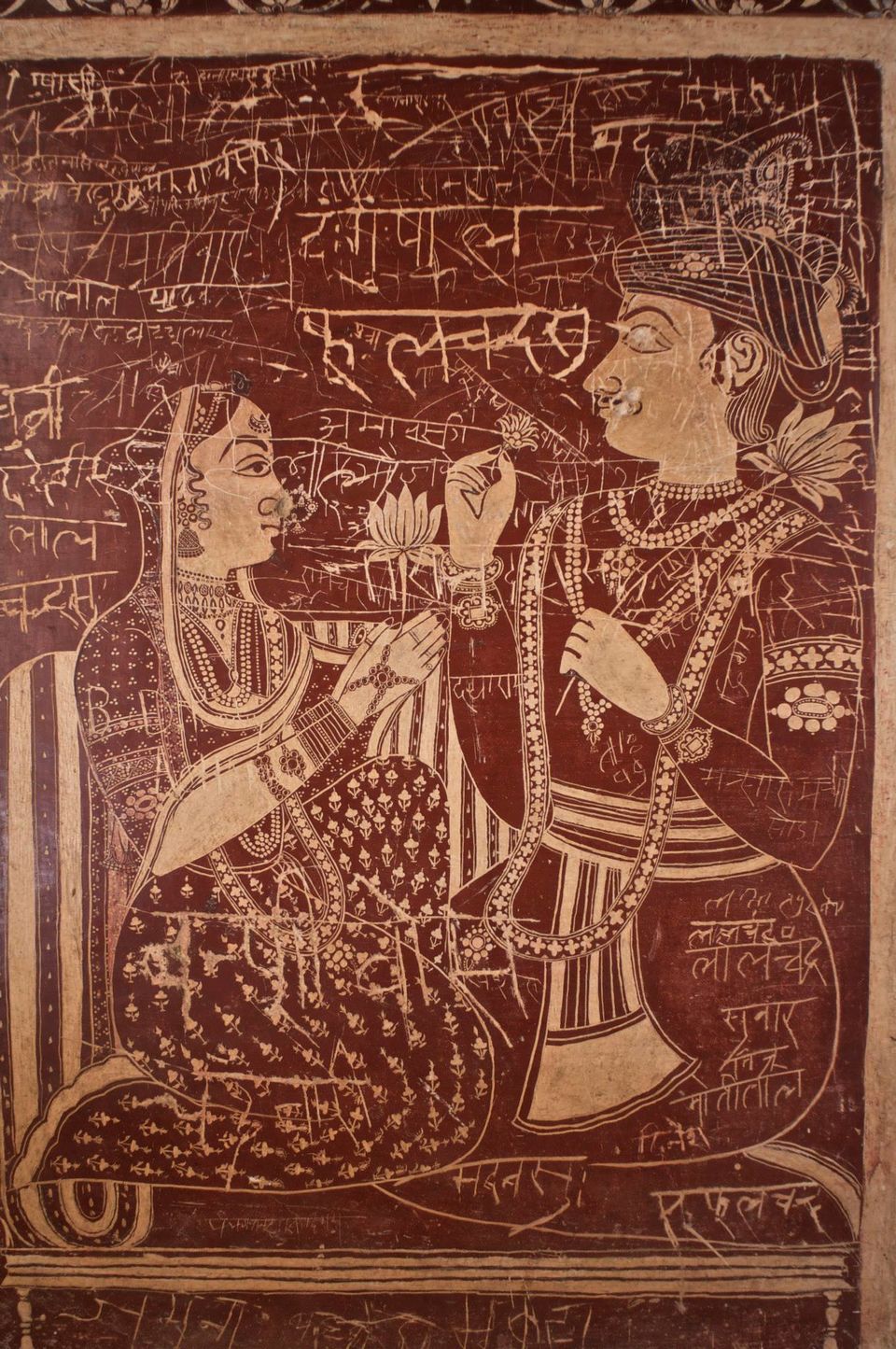 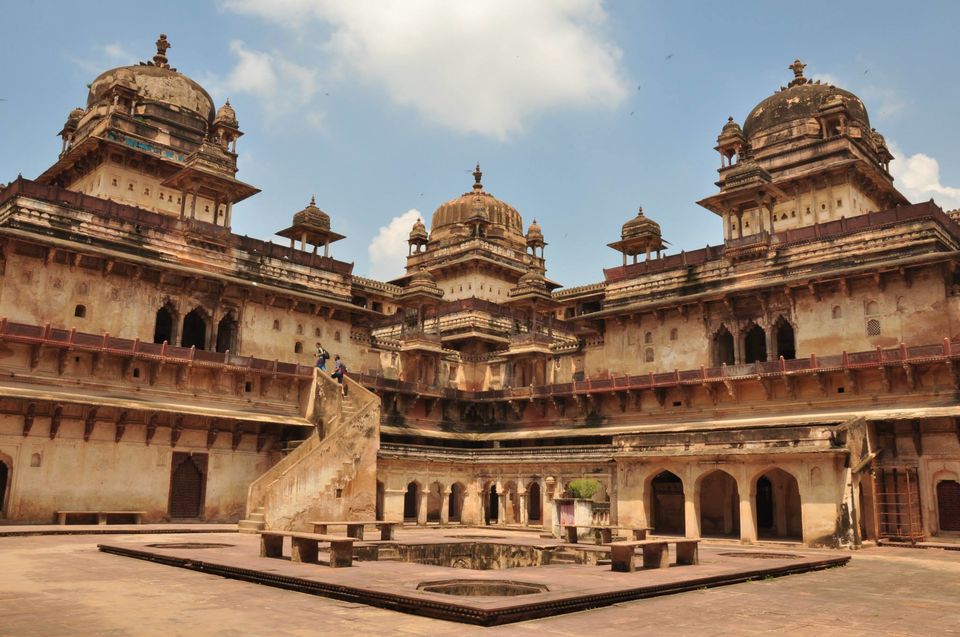 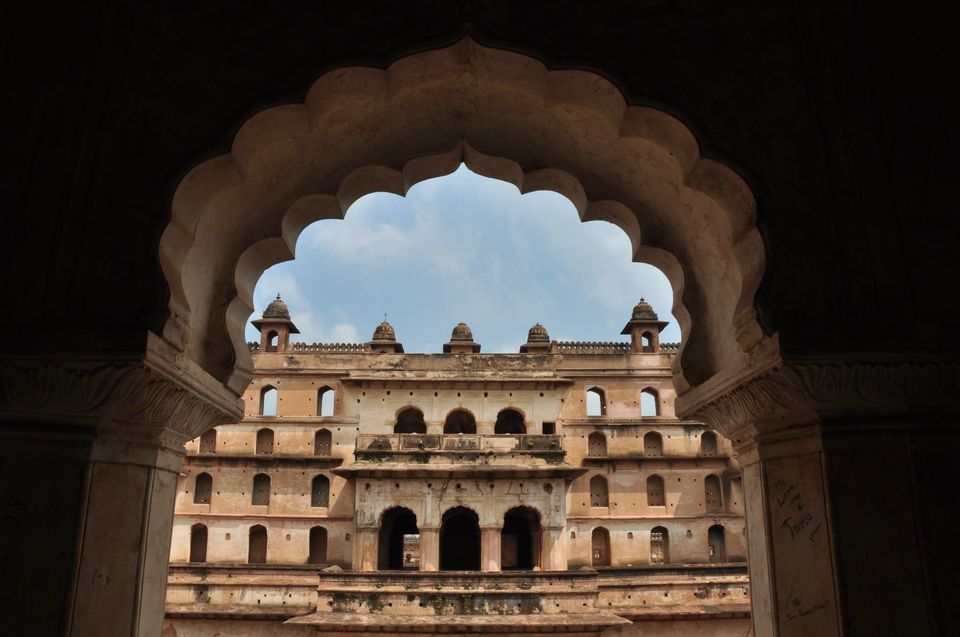 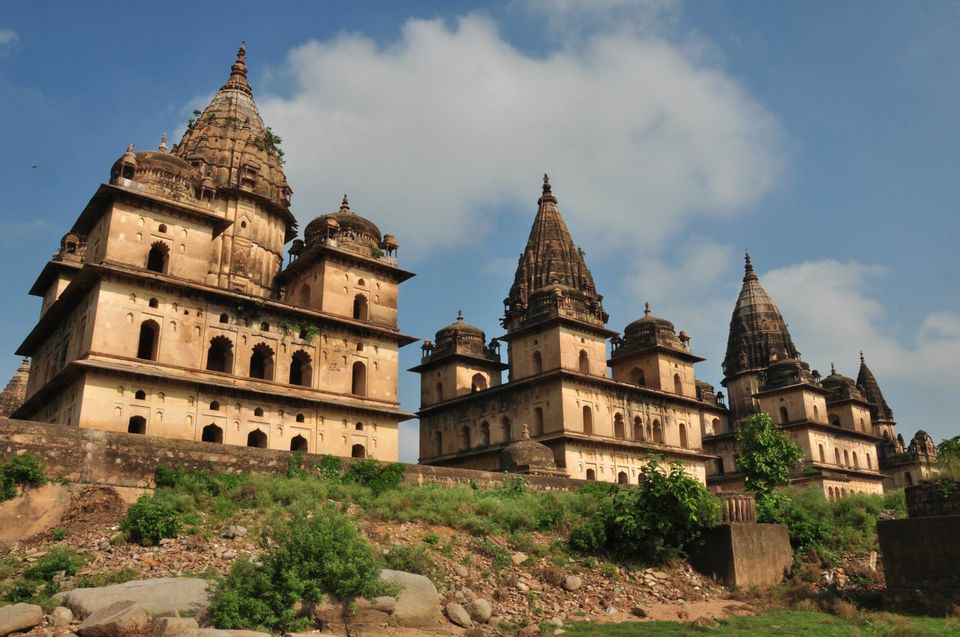 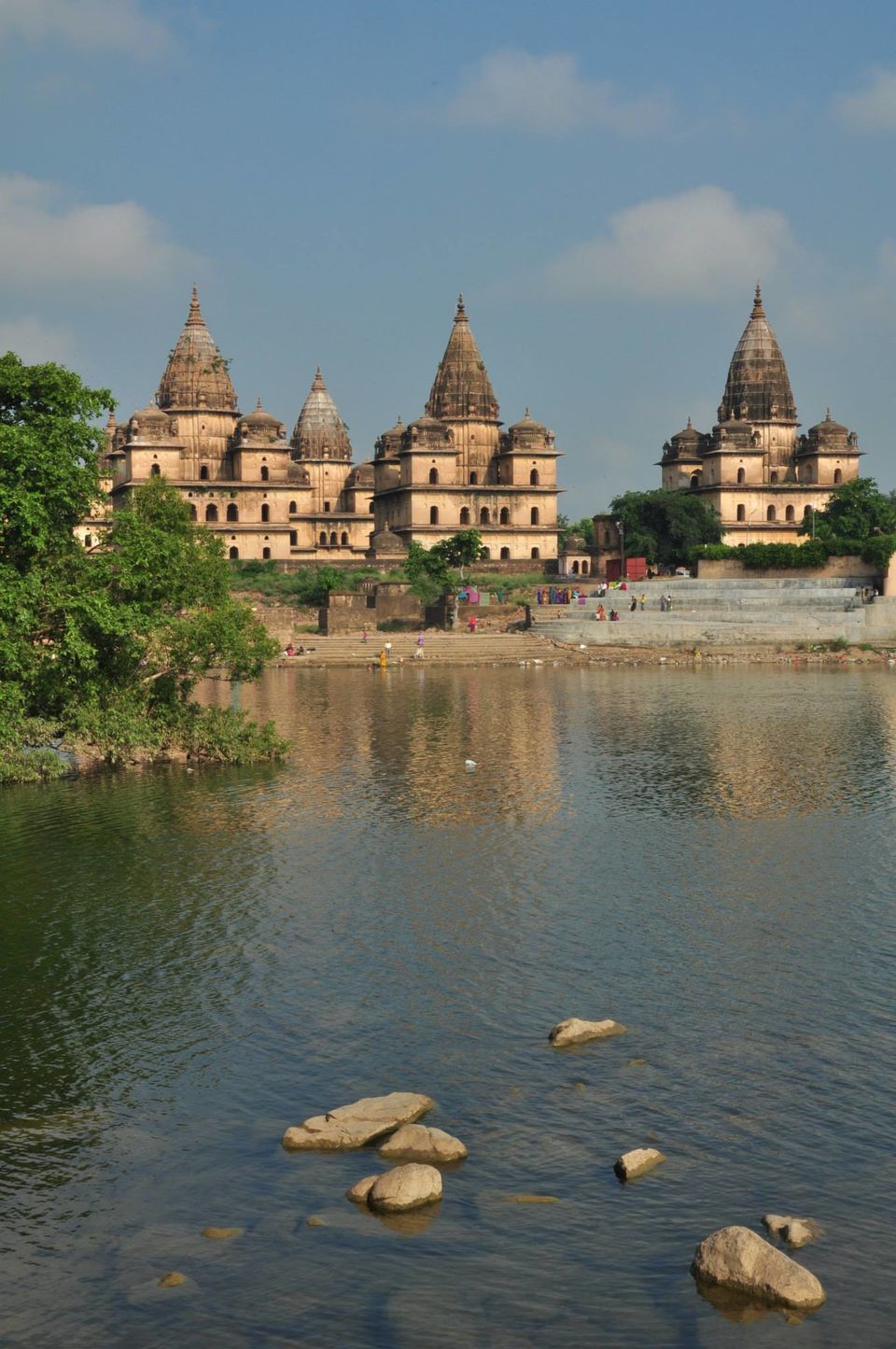 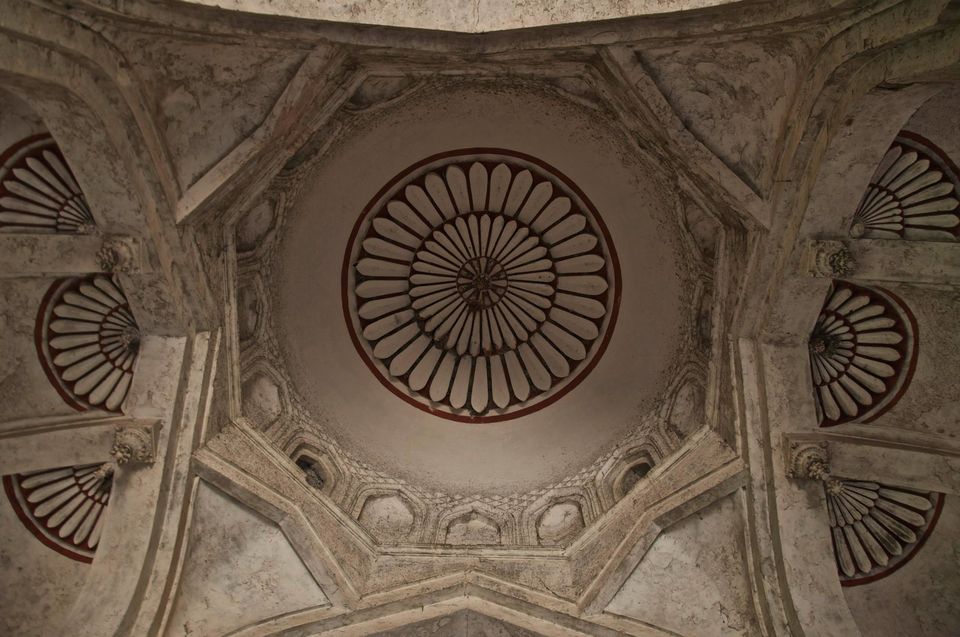 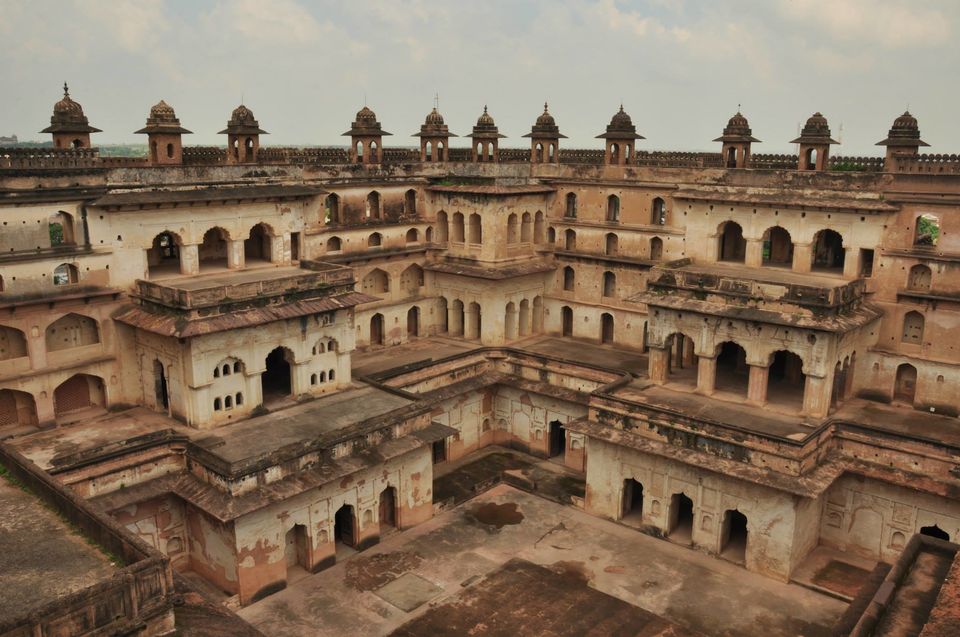 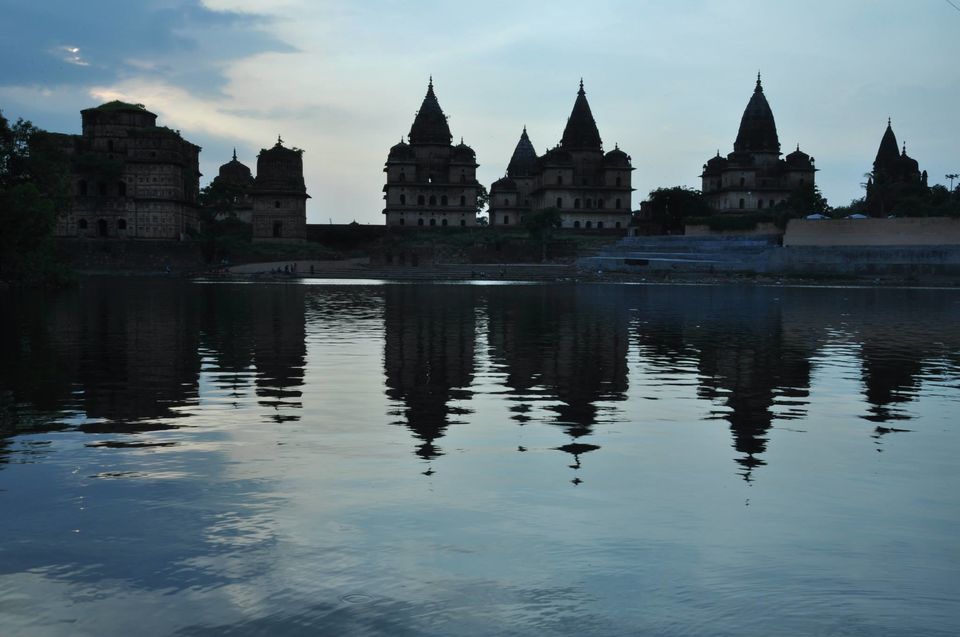 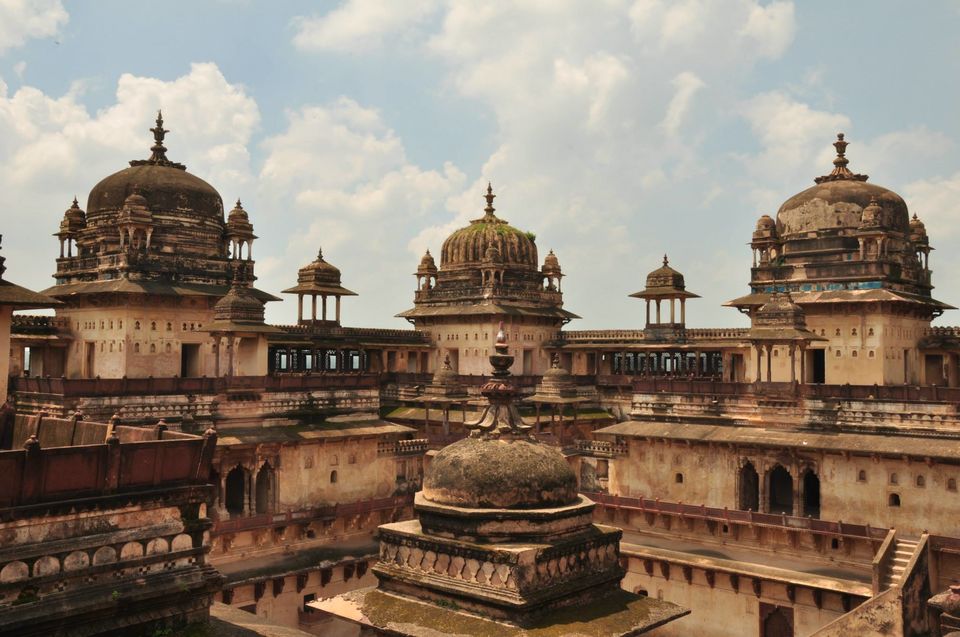 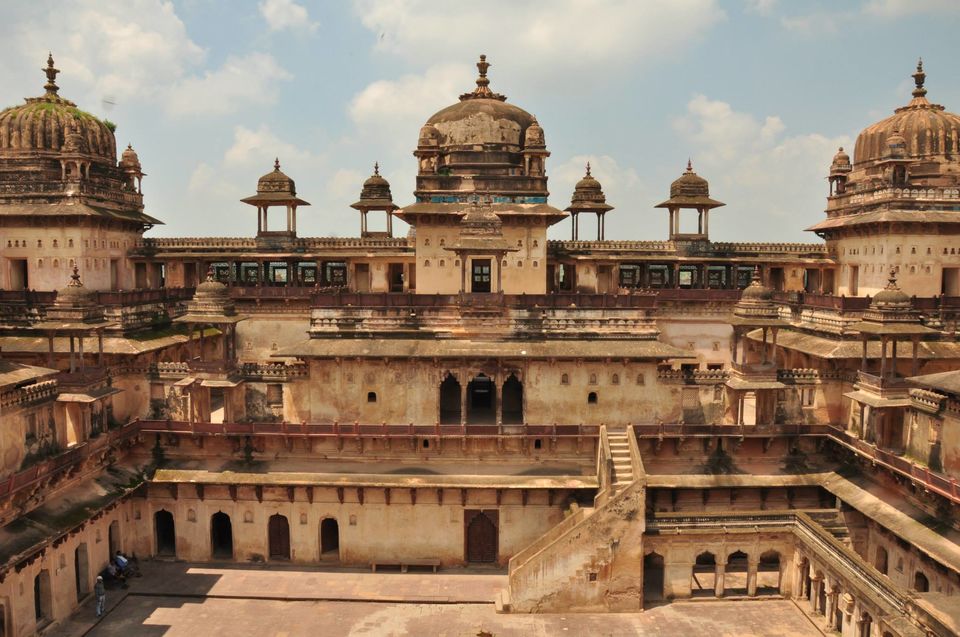 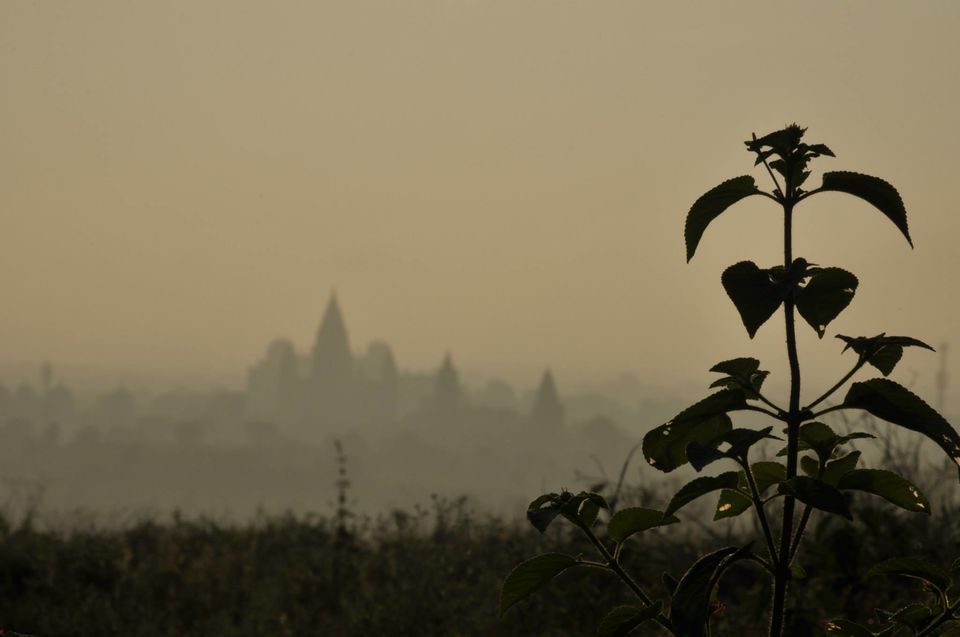 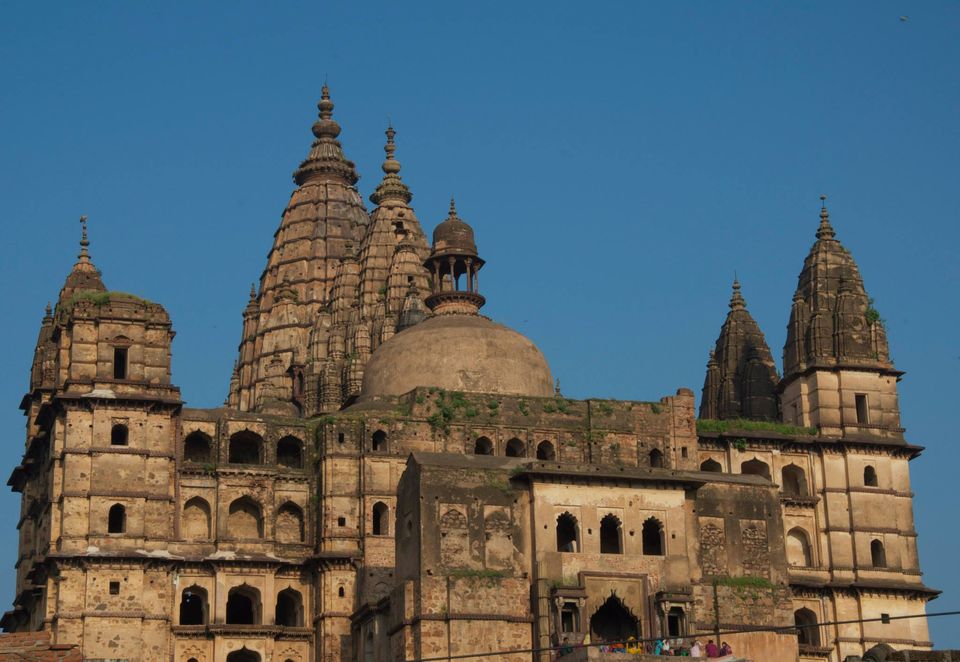 I traveled from Hyderabad. Took AP Express on Friday morning and reached Jhansi railway station at 2AM on Saturday. I had already reserved a place at Friends of Orchha homestay, and they were kind enough for an autorickshaw (tuktuk) to pick me up from Jhansi station at such early hours. It took about 30min to reach Orchha. After a short nap, I left the homestay at 6.30AM and climbed a nearby highpoint to get a nice view of the town. One can get shots of beautiful silhouettes of temples. After about 45min, I headed back to the homestay for breakfast. Immediately after breakfast I headed out to the Lakshminarayan Temple. Its a beautiful temple with astounding paintings on its inside walls and ceilings. Next stop, I walked down to the Raja Mahal (King's Palace). Its a 3-storey Palace and one can get right to the top. It provides a great view of the Chaturbhuj Temple and also the Natural Reserve close by. Right next to the Raja Mahal is the Jehangir Mahal (Jehangir Palace). It definitely looks to be in a state of decadence, but is a nice piece of architecture. It was about 1PM and the sun was beating down. I decided to head back to the homestay as it was too hot outside and I ran the scare of getting dehydrated too fast. I was welcomed in the homestay with some simple lunch. After the lunch, I decided to rest a while before heading out to the ghats before sunset. At 5PM I reached the ghat and it was still full of people, bathing and washing. At the ghat, I was welcomed by the magnificent view of the Chhatris, pretty much the reason I decided to Orchha in the first place. For a better view of the Chhatris, I took the bridge and crossed over to the other side of the Betwa river and into the Natural Reserve. The Natural Reserve has a nice sunset point, and its a great place to photograph the Chhatris as the sun goes down in the background. I was advised to leave the place before it got dark, and rightly so. Back in the homestay, I had a nice simple dinner and conked off. Early next morning, I headed straight to the ghat and back to the natural reserve. The sun rays hitting the Chhatris, with the blue sky in the backdrop and a clear reflection on the Betwa river, was what I was eagerly waiting to see. Without spending too long, I got back to the ghat and photographed the Chhatris. On the way out, I climbed the stairs of the Chaturbhuj Temple. It was too crowded for my liking, mostly because of some puja (religious festival) on that day. By 10AM, I was back in the homestay and packed and ready to leave soon enough. After a short breakfast, I headed out to Jhansi Railway station to take the 12.30PM train back to Hyd. 7AM on Monday, I was back in Hyd. In short, it was quite a hectic 3-day trip, but in cooler months, it should just be fine.