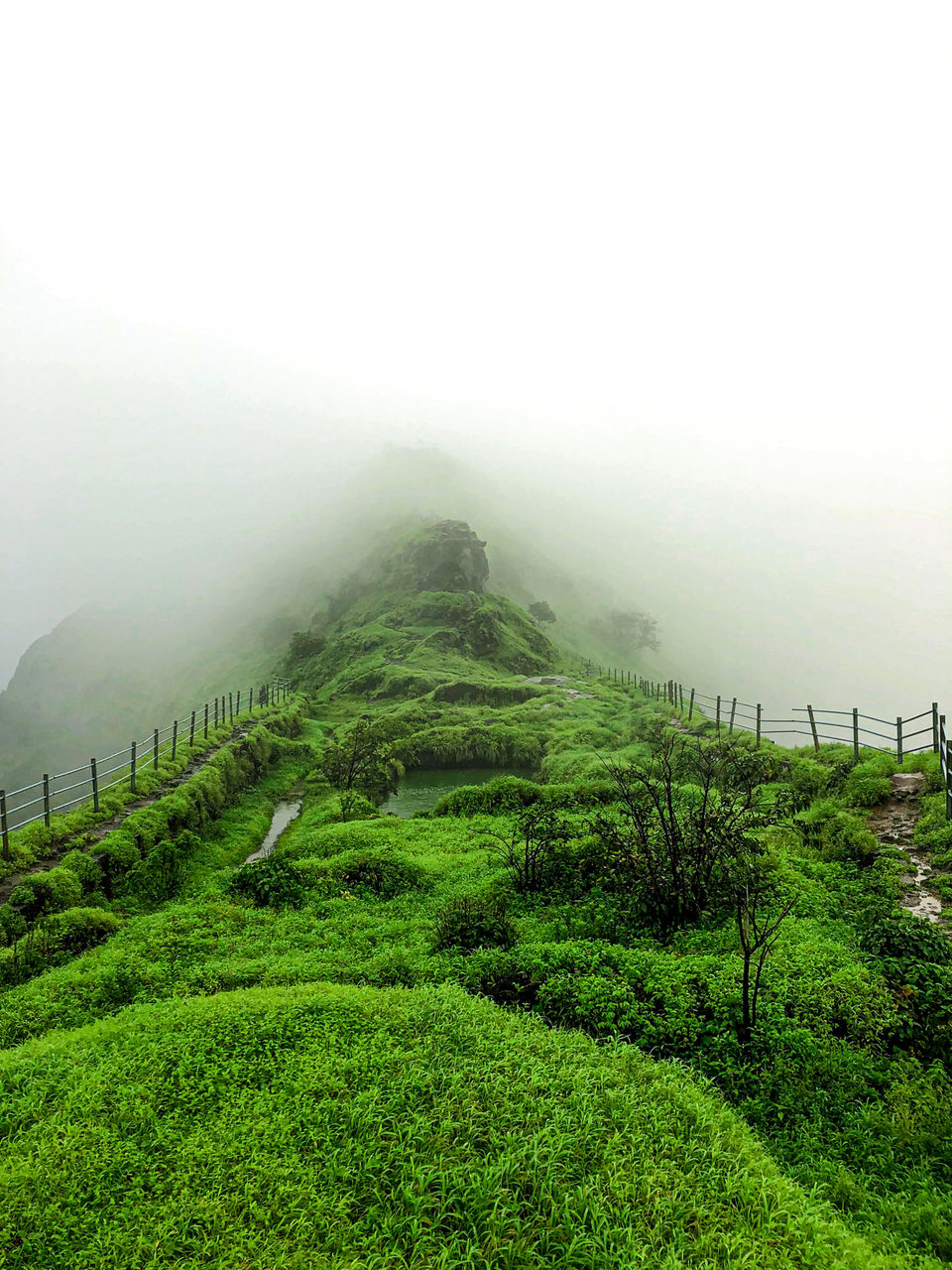 Scorpion trail: One of the dangerous trails in Pune in monsoons?

Scorpion trail, also Vinchu Kata in Hindi, is 1500 meters long and 30 meters narrow hill which starts at the end of the fort.

This narrow trail is a mini adventure on its own. When seen from the top it actually looks like a tail of a scorpion..interesting right?

It started to rain heavily again when we started our trek to Scrpion trail from Lohagad fort.

The sun was setting off, trek to Vinchu kata became more challenging to us. But we were quite determined to complete it.

And guess who dared to accompany us to the endpoint of the trail? No one! not a single person joined us. We were the only ones to trek the trail in the rains.

The barricades were not strong and there were times when we skidded in the mud and lost our balance but I would strongly aware you to be very very careful while trekking this as one wrong move will show you stars in the daylight.

In fact, I will suggest you not to clench on to the barricades at all, because they are in very bad condition and slipping here means slipping somewhere into deep down the valley.

There were points when we had to traverse through large muddy rocks. And it was quite challenging.

I remember one time, my right leg slipped from one of these greasy rocks and I got knocked down with mud splattered on my face.

STOP! You should avoid scorpion trail if you have the phobia of heights.

I will not lie but the trail can be fatal if not done with proper safety and patience.

But when we reached the endpoint of the sting, trust me it was beyond my imagination.

I was dazzled. It was a narrow path, home to rampant and lavish patches widespread leading to nowhere, but heaven.

We drenched kids were all completely awestruck.

I felt a sense of pride within myself to have trekked so long with ups and downs that to in the rain(not even in my dreams I would trek in the rain)to capture this alluring view.

There was a little pond in the middle of the trail, which was reflecting the sky looked so beautiful.

"I would romance nature as long as I could," I thought. We immersed ourselves into its beauty and cool breeze.

We were all lost in the lap of the bewitching beauty, we did not even realize that the sun was already set and there was an overcasting shadow there.

Did we see something supernatural? Is Lohagad haunted?

And then we heard a continuous whistling sound.

A guard was waving to us from the top of the fort asking to leave the place before it gets darker and saying so, he vanished away in the air.

It concerned us a little, and we marched back.

While heading back. my friend (Iti) urged to pee ..but we scolded her to hold for a few more minutes and pee outside the fort.

But when she couldn't, she had to pee then and there in the bushes, and 6 of us divided ourselves in different directions so that no one could see and hear her peeing.

But when she got up after emptying her stomach she saw none..because we all went to urinate in the bushes too(our stomach was overloaded)...

she was panic-struck. But it was so damn funny!

After this amusing incident, we continued our way back to the origin.

Would you believe if I say you that we climbed down the fort with the speed of light?

Haha, we were spooked out. Maybe because we were the only ones left there.

Also because they say you should never stay in the fort after the sunset.

End of the trek to Paradise with our hearts contended.

We reached the base safely and the first thing we did on reaching the base was to stuff our mouths with a lot of Wada pavs in a nearby Dhaba.

Then we hitched back onto our taxi and returned back to our respective rooms.

We were very tired but pumped up for the next day of thrilling adventure that was Devkoond waterfall.

Let me tell you, by now I love monsoons, I in my life never imagined to have trekked in the stormy rains and wallah, I finally did it.

What an adventurous affair!