Why the flawless Tejas Express is a cause for despair?

Through my eyes, through Konkan. 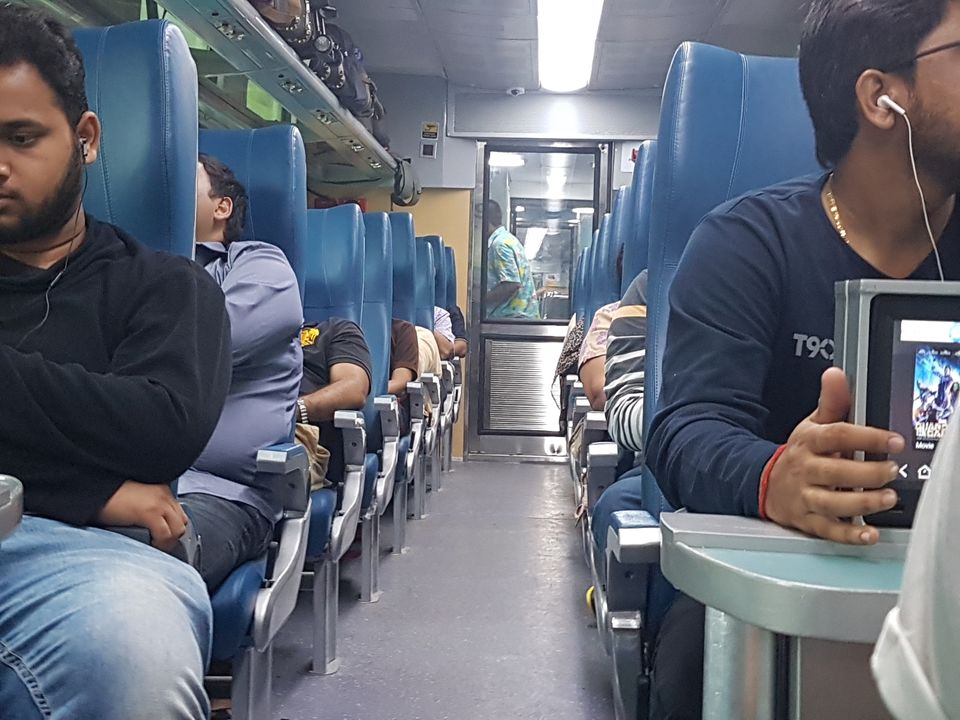 All opinions portrayed below are reflections of my experiences, and singularly comprise my opinion of the same.

The Mumbai CST-Karmali Tejas Express is India's crème de la crème when it comes to inter-city travel, connecting Mumbai to Goa. But here is the truth about this booming infrastructural marvel and why it is a shame and worse, a fiasco.

The people. They, or rather we, are the fault with why it may be termed as "premium", "luxury" or even a "blessing" but never "comfortable".

Let us first look at some of the institutional flaws. It departs from Mumbai CST at 5 a.m. for about ₹2,500 for the highest seat, providing the same if not a higher fare as compared to a flight, which is 9 hours shorter.

A red-eye train does nobody any favours. The nocturnal ones of us cannot sleep past dawn in a moving train of cacophony. Whereas the early risers must rise early enough to ensure their long-awaited luxury journey does not go choo-chooing away. Why this matters so much, may seem perplexing at first but fret not as I delve into the complexities that drove my sleep deprivation. A man who yearns to travel knows that the travel itself is the most opportune moment for some shut-eye. Impossible that is when you are filled with about 60 other individuals in a compartment laid out like flight seating, when individuals are lacking civilization so as to not perturb others. It is a travesty that refuses to cease itself through the several long hours of yelling, shoveling and regret.

Third, the food. It was reassuring to read in the newspaper provided to us pro bono that IRCTC was looking to get a new caterer due to complaints regarding the food quality that was to be served to us shortly. Suffice it to say that I would not have had lunch.

Fourth, the entertainment system. I am immensely impressed by the Railways in having brought a large element of luxury through these LCD Screens, but why must it be infested with Taiwanese propaganda is beyond me. The supported languages besides English are Mandarin, Korean and others from the Orient. So much for Make in India? And if you must use earphones, you have to collect them yourselves from the attendant after signing it and return it promptly to them before your departure.

Fifth, it is still the Indian Railways. We traveled on 24th June and were victims of a two hour delay. We reached Ratnagiri Station at 12:30 p.m. instead of 10:48 a.m. thanks to an unscheduled one hour stop at Karanjadi amongst others.

But it is none of this that demotivated me. It is the Indian that did. Many things seem to not strike me like why must the shoving mentality prominent in Mumbai's Local Trains persist here not only while boarding and alighting but also when you walk through the train. It is an unwarranted rudeness justified by nothing but callousness.

The littering, oh the incessant littering. You walk a step, you stomp a wrapper. You look behind you see a family drop a bag of chips. You head to the washroom, and you see trash clogging the toilet despite travelers being reminded to not use the toilet as a dustbin. By the time the journey culminates, the train is as messy as a platform at Churchgate Station.

People toss their luggage in the overhead compartments while recklessly pushing aside your bags, and provide a smile indicating the normalcy of their behaviour.

A few minutes a later, crescendo rises from a fellow traveler's phone as he subjects others to hear whatever he wishes to, be it a Bhajan, a video on G.S.T. or just some Bollywood music.

But yet, I call it flawless. Because just like traveling, the Tejas Express too is a journey. It is a journey en route to the betterment of the Indian Railways. It is evidence that we might just get somewhere, somewhere good.

The Tejas Express may be awful for you if you seldom are a sojourner of the Indian Railways, but if you know your Railway Lines, this might just be your favourite experience yet.

Do not be fooled, it is nothing great when weighed in an isolated context, but it plays a grand role in the big picture. And I was a part of that big picture.