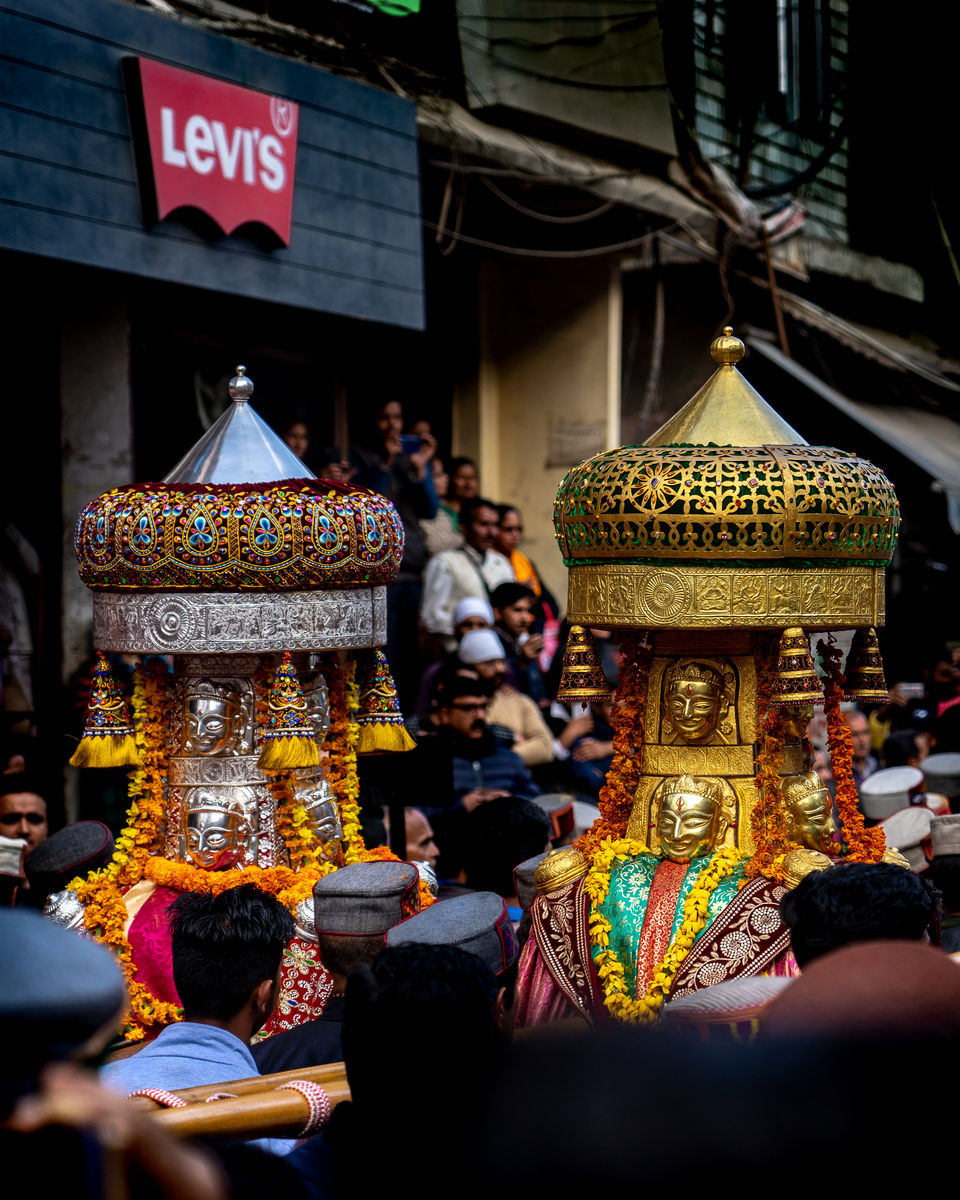 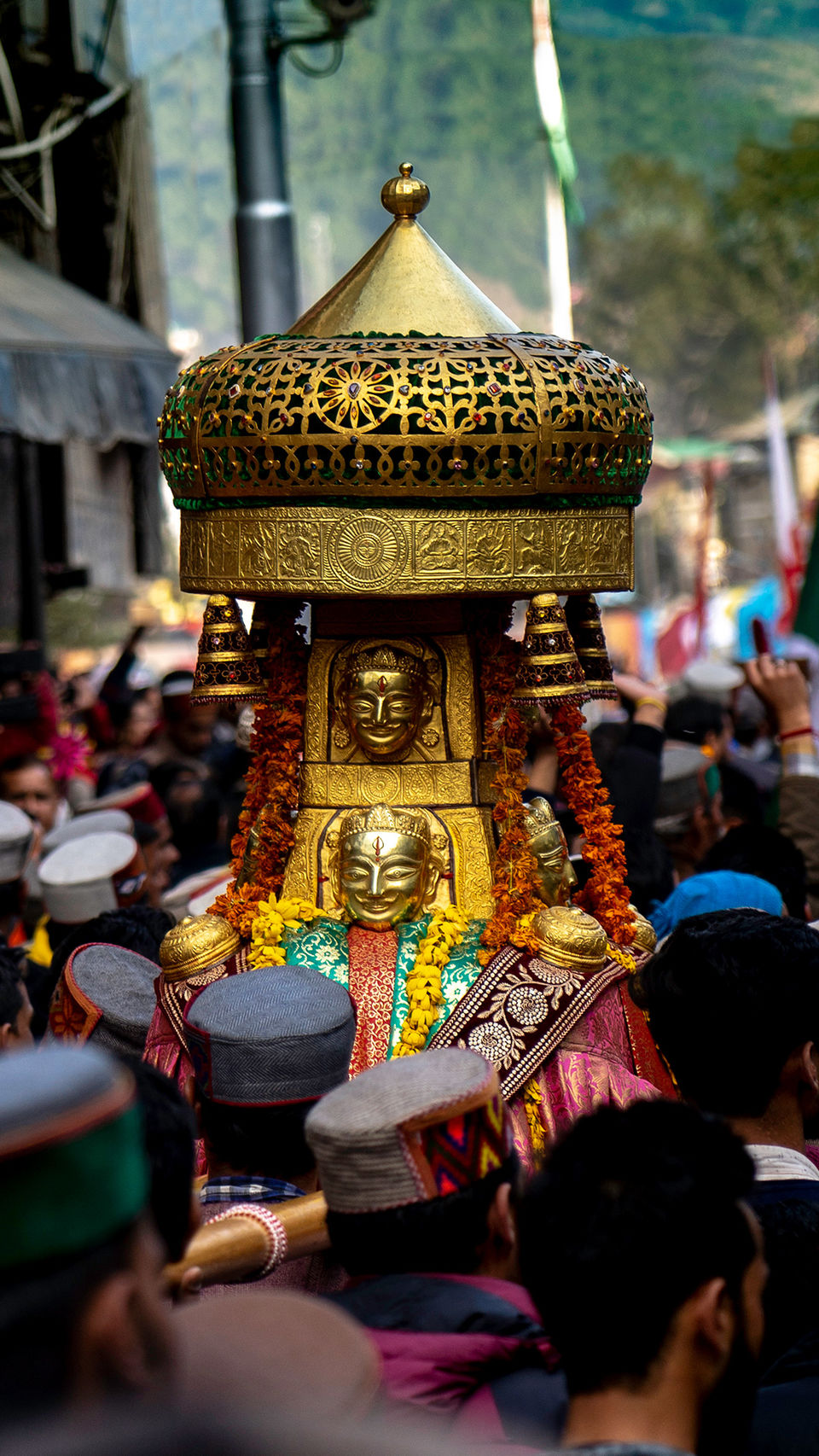 It is an annual renowned international fair that is held for 7 days after the day of Maha Shivratri.

This special fair transforms Mandi town into a venue of grand celebration when all gods and goddesses, said to be more than 200 deities of the Mandi district assemble here, starting with the day of Shivaratri.

Do you know about this fair and the legends related to the fair?

Let me tell you some of them: 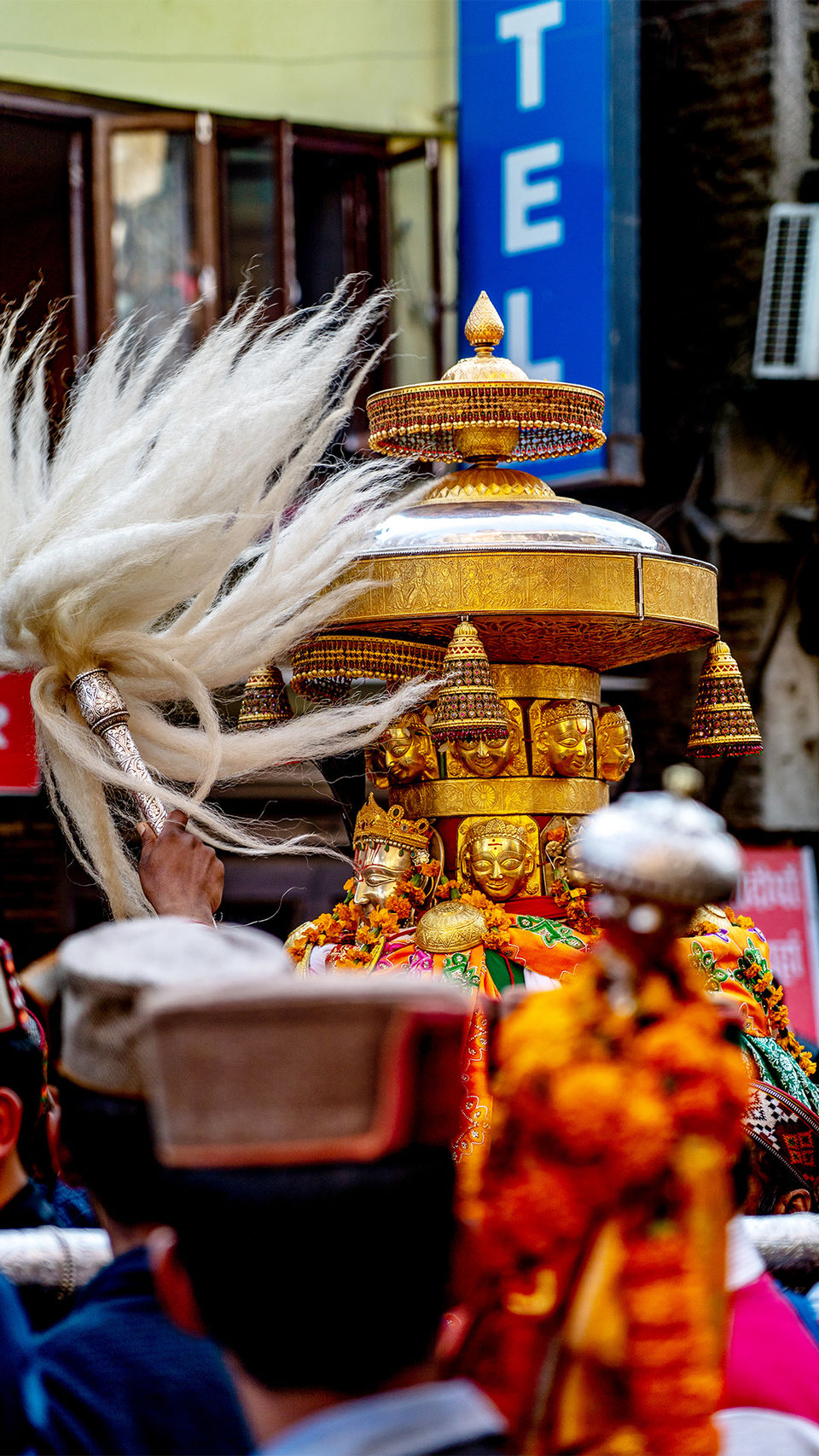 Raja Suraj Sen didn't have any heir, so he built Madho Rai temple and declared that Madho Rai will be the king of the state thereafter. Since then the rulers served the state as servants of Madho Rai and custodians of the State.

Madho Rai is the protector deity and being the king of the state, the festival begins after receiving the blessings of Madho Rai.

Did you know that Madho Rai Ji is the king and the rulers were the servants ? 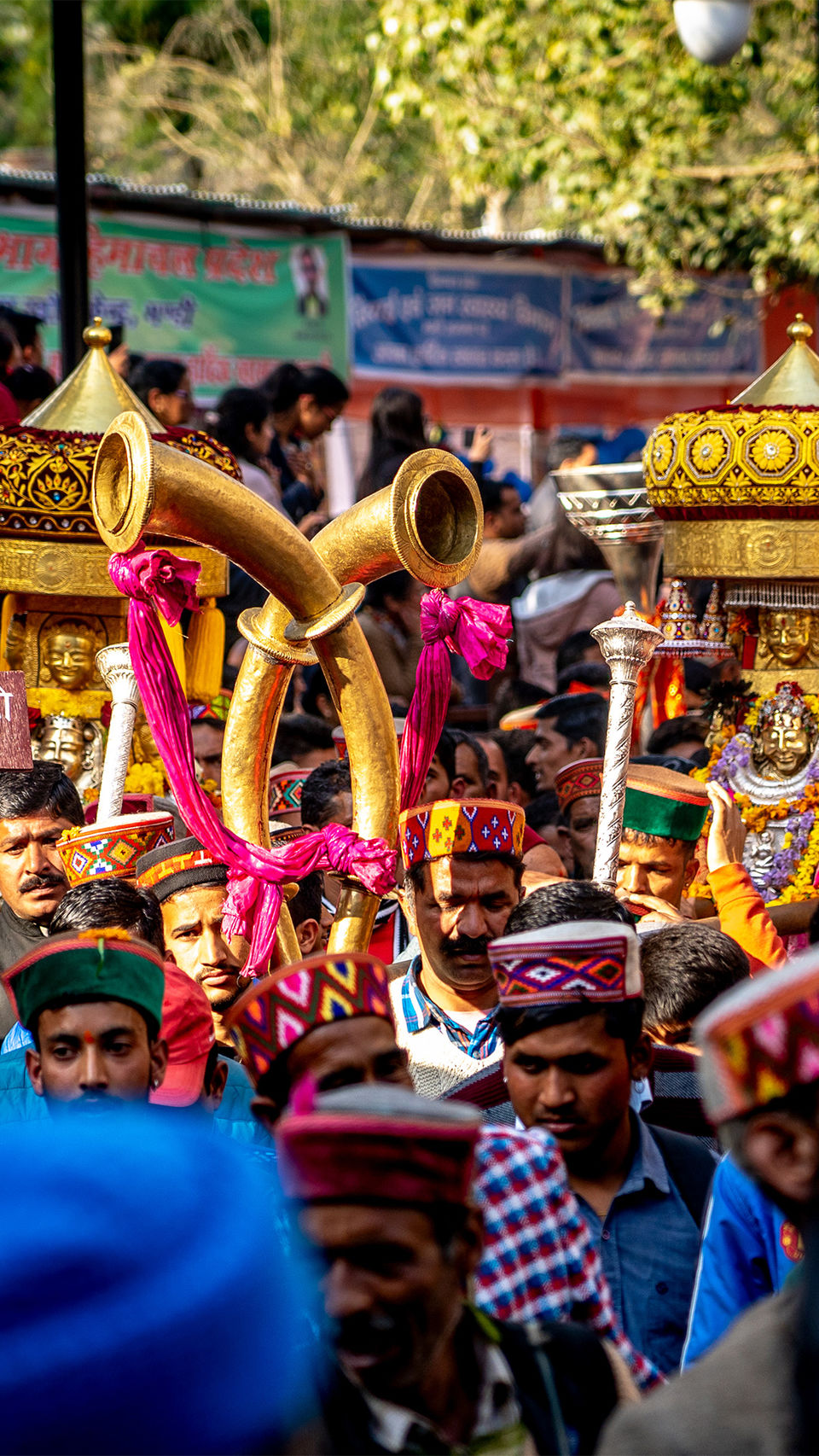 The observance of this festival as a fair, starting from Maha Shivaratri is linked to the ruler Ishwari Sen who was working as a servant and custodian for Madho Rai.

Ishawri Sen was held a prisoner for 12 years after he lost his kingdom in war to a king of Punjab. It is believed that in the prison he was protected by the deity of protection - Madho Rai.

He was released by the Gurkha invaders and afterwards, the Gurkha's restored the Mandi state to Ishwari Sen.

He was given a reception on the occasion of his return to Mandi. As a token of appreciation to Madho Rai for protecting him, the King invited all hill deities of the Kingdom and held a grand celebration.

This day happened to be Maha Shivaratri day. Since then the practice of holding the Shivaratri fair has been observed every year at Mandi. 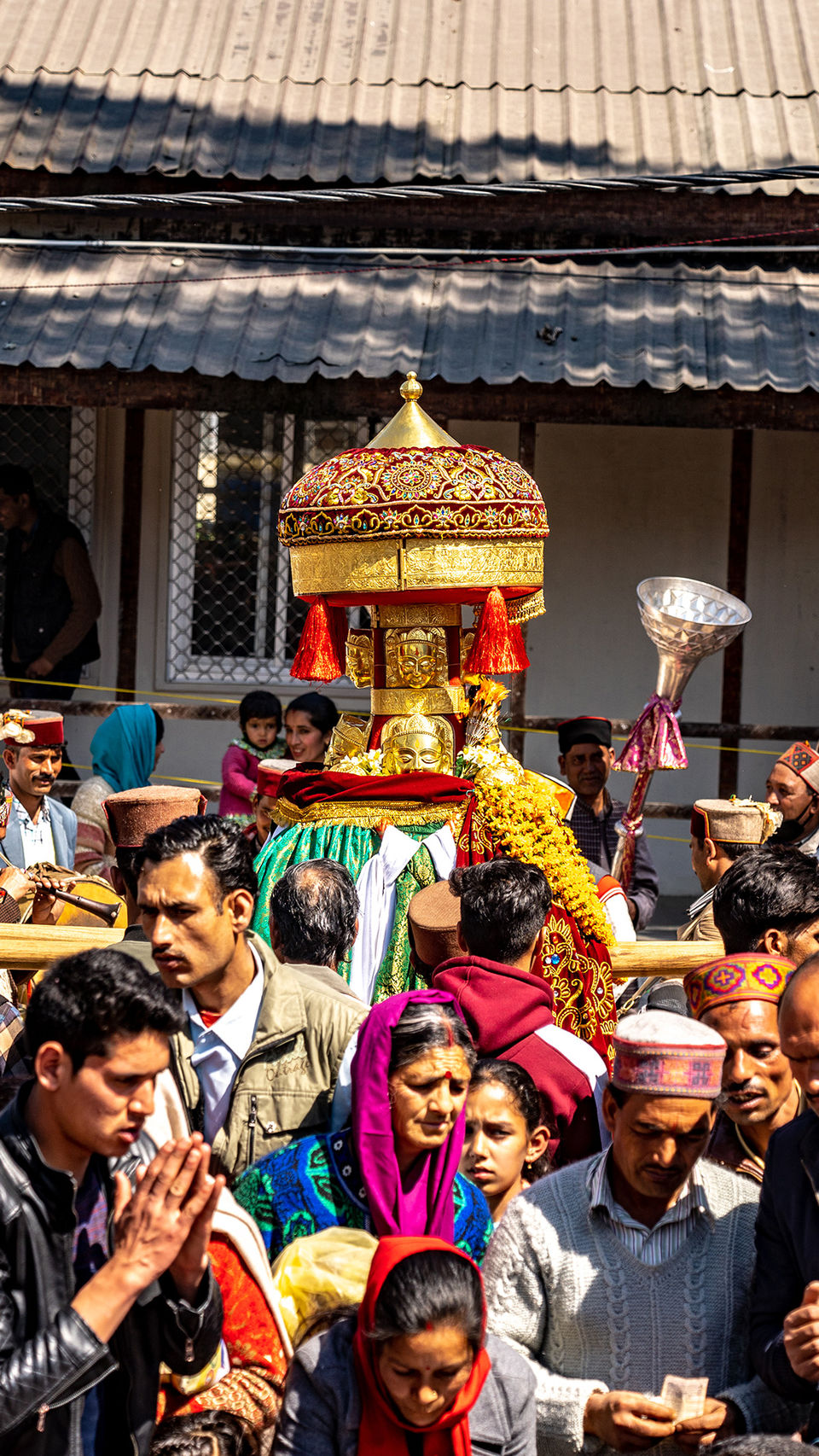 The day after Maha Shivaratri, All the deities gather in the ground with their folk bands, dancers and devotees all dressed in their colourful and local attire.

The ground is known as Paddal Ground which is at the confluence of the Beas river and "Suketi" which is a sub river of Beas.

Some 200 deities arrive from shrines around Mandi town and are assigned places at the Paddal ground as per their order, where the devotees offer worship to all the deities.

RELIGIOSITY IS THE MAIN THEME 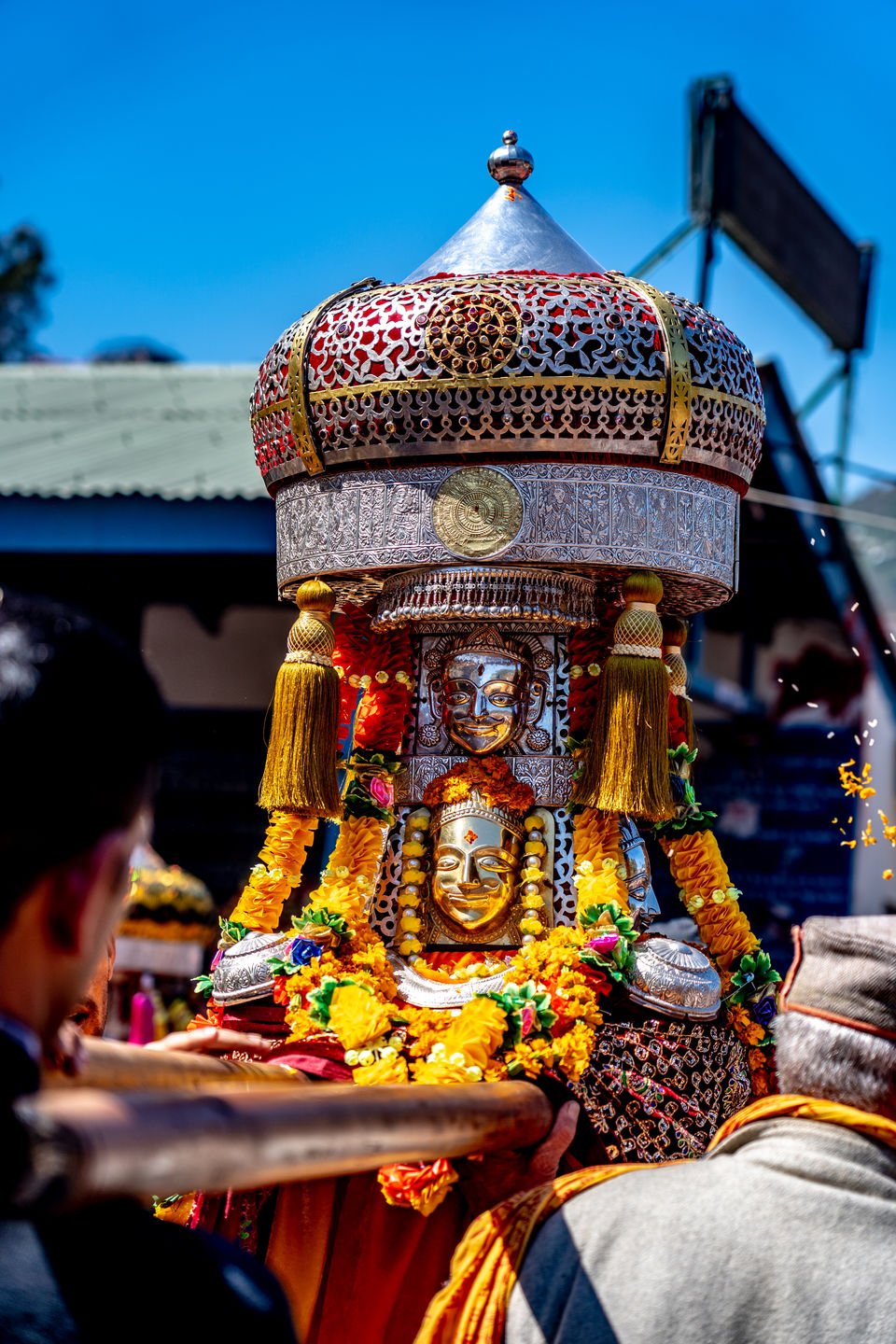 For the festival of Shivratri the village gods are carried in palqui (palanquins), rath (rathas) by people to Mandi to pay homage to Madho Rai and Lord Shiva.

Members of various castes such as Brahmin and Kshatriya carry their gods and goddesses by palqui or on their back.

The palqui of the deities are swayed to the drum beats and folk music to indicate their happiness of visiting lord Shiva and Madho Rai.

The fair is also an occasion when local traders and people carry out trade in local products.It is said that the festivities promote handcrafted jewellery of the region.

However, during the entire Fair, religiosity is the main theme. It is said that religious synthesis was achieved by combining the worship of Vishnu and Shiva during the seven day fair.

A WALK OF HONOUR 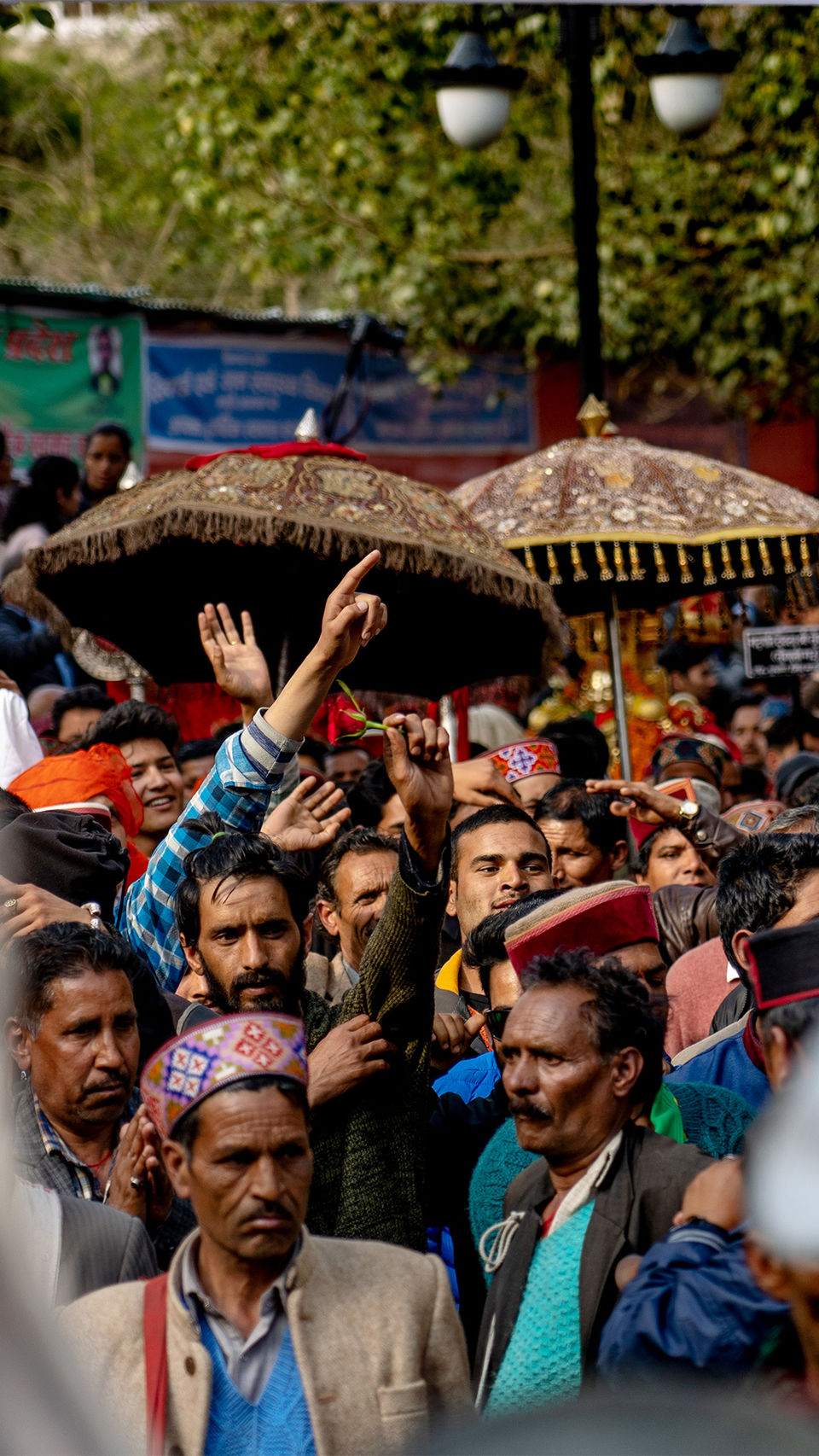 It is an accepted practice that every deity that is brought to the festival visits Madho Rai temple first to pay obeisance to Lord Vishnu.

During all these festivities, it is said that Rishi Kamru Nag (local god of rains), the presiding deity of the Maha Shivaratri, after paying his regards to Madho Rai, moves to the Tarna mata temple at the top of the Tarna hill from where he watches the proceedings of the fair for next seven days.

All the deities are decorated with glittering embroidered clothing and gold ornaments.

After visiting Madho Rai they then proceed to the palace in a colourful procession called the Shoba Yatra, known locally as "Zaleb" to honour the ruler Mado Rai.

It is said that Madho Rai comes out of his temple only once a year on the Shivaratri day and leads the Shoba Yatra.

Mado Rai thereafter pay his regards to Lord Shiva at the Bhootnath temple where the main festival of Shivaratri is held. 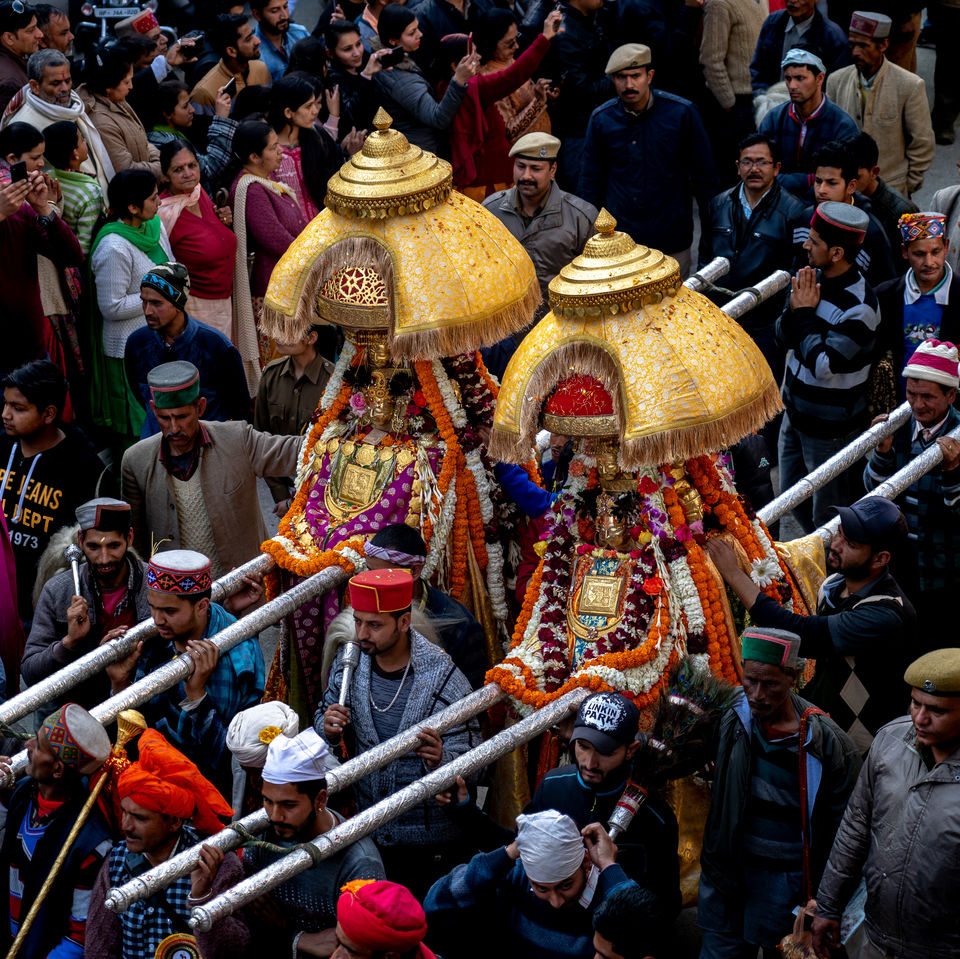 One day before the concluding day of the festival, a nightlong worship is held. On this occasion priest and the devotees proclaim prophesies for the following year.

On the last day of the festivities, prayers are chanted and, after paying regards to Lord Shiva, all the deities assemble together.

At the gathering, chadars ( handcrafted sheets ) are offered as token of appreciation to all the deities.

It is an occasion when the head of the state earlier king now the governor is normally present to seek blessings of all the deities and to pay them gratitude.

If you ever get the chance of visiting this amazing town Mandi then don't forget to talk to locals and ask them about the legends of deities.