Mumbai Travel GuideMumbai TripsHave You Been To The Oldest Museum In Mumbai?

Have you been to the oldest museum in Mumbai?

Real museums are places where time is transformed into space. ~ Orhan Pamuk

I have always enjoyed trips to museums. My penchant for a visit to museums goes back to my school days when our teachers would take us for trips to museums and gardens. In most of the cities that I have visited, I have gone to see the city museum to get a hang of the history and heritage of the place. I find the museums to be treasure houses of wealth where one gets to see and know how generations have lived and progressed through the ages, understand their way of life, and appreciate their art and culture. Furthermore, the entry to most of the museums is either free or highly subsidised.

Last weekend, when my husband asked me if I wanted to go to the oldest museum in Mumbai, I was more than happy at the suggestion. Off we went to see the Bhau Daji Lad Museum, the colonial-era museum inMumbai, which is located adjacent to the Mumbai Zoo.

The readers of this blog may recall that some time back I had written about my visit to the Albert Hall Museum in Jaipur.

So, we got to know the museum was first opened to the public in 1872 as Victoria and Albert Museum. It was renamed in 1975 in honour of Dr Bhau Daji Lad, the first Indian Sheriff of Mumbai, a philanthropist, historian, physician, surgeon, who had played a key role in establishing the museum.

Inside the BDL museum complex

The museum building is located in the Jijamata Udyan in Byculla East. It was the first colonial building to be built for the purpose of housing a museum, which makes it a historically significant building. A clock tower at the entrance of the complex serves as a landmark for the museum complex. The path to the museum is lined with trees and a small landscaped lawn. 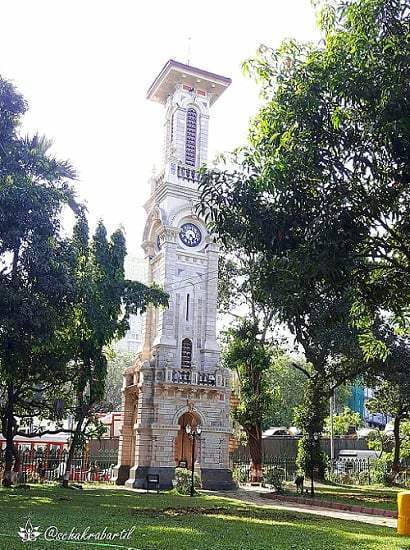 A flight of stairs leads to the museum door. 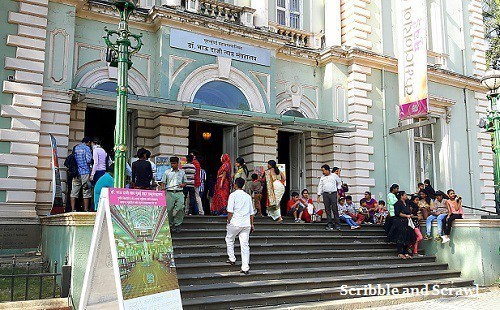 Just as we entered the museum, we could see the ornate interiors of the hall, with galleries on either side. Richly coloured details, the intricate woodcarving, tiled floors, etched glass and gold gilding make it a unique example of Victorian architecture in India. Armed with my cell phone, I went on a clicking spree to capture the beauty that was in front of my eyes. 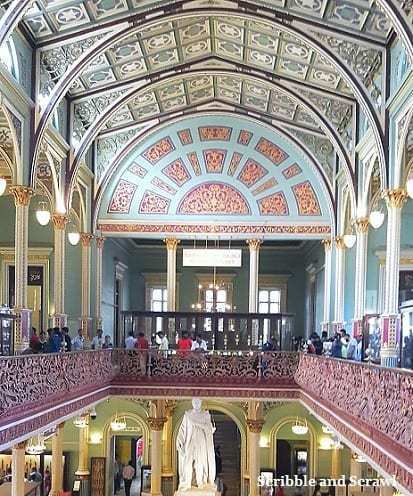 The museum has a rare collection of early art and design practices from the late 18th to early 20th centuries. The exhibits on display show how communities from countries such as Iran, Turkey, Afghanistan, and different states in India had migrated over the centuries to settle in Mumbai and made it their home. Among the displays is a statue of Mumba Devi, the goddess in whose honour the city of Mumbai is named.

I noticed a crew of what seemed like a film unit shooting a documentary in the museum, with one of the TV personalities (Krushna Abhishek) as the anchor. Standing beside us was a girl from the curatorial team of the museum. She told us that they were shooting for The History Channel. She also told us about the events that they organise at the museum including guided tours, photography festival, plays, free workshops, and family activities.

After seeing the exhibits in the display we went around the complex and headed to the curio shop, and then to the cafeteria. At the cafeteria, a film was showing on the TV screen on how the museum had turned into a dilapidated structure and was restored back to its present condition in 2007. The restoration began in 2003 and took four years to complete. 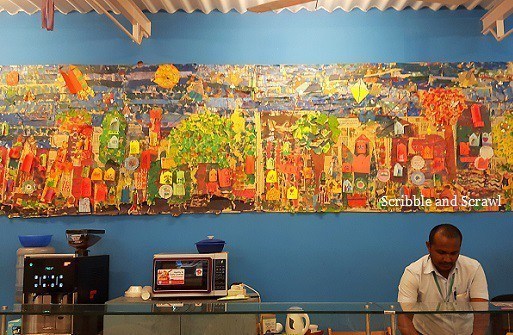 We came to know that the BDL museum is managed by a public-private partnership, between the Municipal Corporation of Greater Mumbai, the Jamnalal Bajaj Foundation and the Indian National Trust for Art and Cultural Heritage (INTACH). It is an appreciable initiative of the Municipal Corporation to encourage people to visit the museum and know about the history and culture of the city.

Outside the museum is the installation of the monolithic basalt elephant sculpture recovered from the sea, which originated from Elephanta Island (Gharapuri Island). The stone elephant was carved in the 6th century from a single piece of rock. On the other end of the sculpture is the entrance to the Mumbai Zoo. 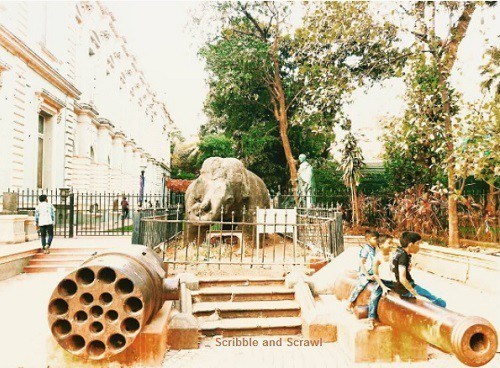 The history associated with the elephant sculpture is fascinating. In the 16th century, the Portuguese colonisers saw the Elephant sculpture at one of the entrances to the Gharpuri island. So impressed they were with it that they renamed the island as Elephanta Island. In the 19th century, the British attempted to carry the Elephant to England. When the sculpture was being lifted, the crane broke, shattering the Elephant into several pieces. The fragments were brought to Victoria Garden (Jijamata Udyan) and were reintegrated by the curator of the museum. Since then it stands in a fence outside the museum.

I sincerely suggest that every resident of Mumbai and visitors should add the BDL Museum in their To Visit list. You can visit their website (http://www.bdlmuseum.org/) and check out their events. I end this post with the quote: