No matter what time our flight is, we are always late. That is how our trips usually start. We never need to specially plan to recreate the famous DDLJ scene, where Shahrukh Khan aka Raj helps Kajol aka Simran to jump on to a moving train before the journey of their life begins. Offcourse, we like to be a bit original here and have modified this epic scene to 'Raj' and 'Simran' running together to catch the flight. OK, I get it, I am nowhere close to Kajol and there can be only one SRK, but what the hell, we were flying to the land where Bollywood romances so its perfectly alright to be a bit filmy.

The excitement has started to seep in when our Interrail Golden Pass tickets had arrived. Now depending on the itinerary, country of residence, places of interests to visit etc. you need to carefully sit down and decide which is the most suitable option. 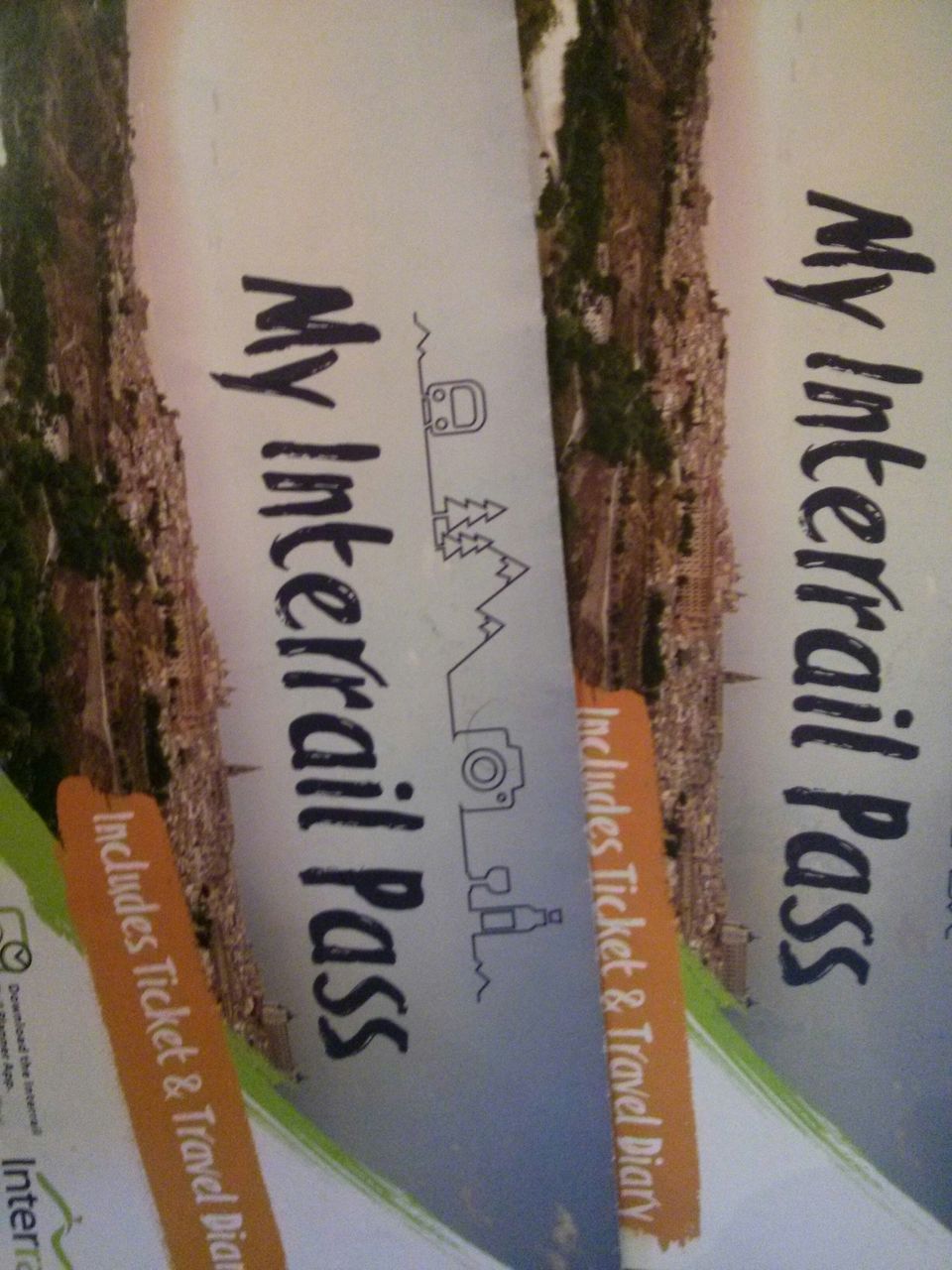 For starters, there is a Interrail pass that can be used by European citizens and official residents of EU. The Interrail Global Pass is for trains and ferries for over 30 countries and it wasn't really of our interest as we were travelling only in Switzerland. So we looked up the Interrail One Country Pass for Switzerland. You cannot use the Interrail One country Pass to travel in your own country of residence. For us however, we found the perfect option of the 6 flexi days pass - meaning we could use it on any 6 days on as many trains within a month. There are several benefits of having this pass which are listed on the Interrail website. But the most important one is that you get to travel in the heart of Switzerland on the Golden Pass scenic train from Montreaux to Lucerne. If you are in Switzerland, I would recommend not to miss this amazing experience and recreate your DDLJ memories. The only point to note is that this ticket is not valid on most mountain railways. So if you are only planning to do the mountains then it may not be economical to buy this. For non-EU citizens, a Eurail Pass can be bought (Link). Either ways, please ensure that you fill your personal details correctly as they will be printed on your pass. There is no option to print this pass, it is mailed in paper form, so allow enough time for delivery. The other two options are Swiss Rail Pass or the Swiss Half fare Card. Again depending on how and where you plan to travel and what you want to see, some amount of planning and analysis is required before deciding the best option.

This task was left to the husband under the pretext that he has travelled to Switzerland before and that he has a proven higher IQ than me. Some days later, while travelling to Matterhorn, I would question the economics of the InterRail One country pass versus the Swiss Rail Pass before settling back on my seat and enjoying the amazing views outside.

Where Mumbai is struggling to build a second airport ever since I remember, London has five airports in different directions and all but one are pretty far away from where we live. Now the husband and I had vowed to make this trip a leisure trip, which is almost impossible with the kind of travellers both of us are. But trying to keep up with our promise, we booked our flight from the London City airport at 830 am which is significantly late considering that usually our outbound flights are at inhumane timings in the morning and also that this airport is barely fifteen minutes away from our house. But we were running late. Locks - check, gas off - check, boiler switched off - check, iron unplugged - check, plants watered - check, I quickly finished all my checks while waiting for the Uber and we zoomed towards the airport.

Husband and I are backpackers and after several discussions on the weather in Switzerland we had finally come to a conclusion that we needed to take summer clothes but also take warm layers as we had planned to go up the mountains, goggles but also scarfs and gloves, sandals but also sport shoes, meaning in short we had to stuff a lot into the tiny backpack that we carry. It was like preparing for the worst but hoping for the best. The London City airport is quite small and since we did not have anything to check-in, we were past the security fairly quickly and in no time we were at the gate.

London doesn't have an outward immigration check unlike Mumbai, the visa is usually just checked at the gate by the airline authorities. The husband has now taken an oath of allegiance to the queen and in return he has been awarded a red book that gets him a visa free entry into the EU. My passport, on the other hand, was examined with hawk eyed suspicion before allowing me into the waiting area.

Then it was time..to fly away with the Swiss Air hospitality onto Bollywoods second home