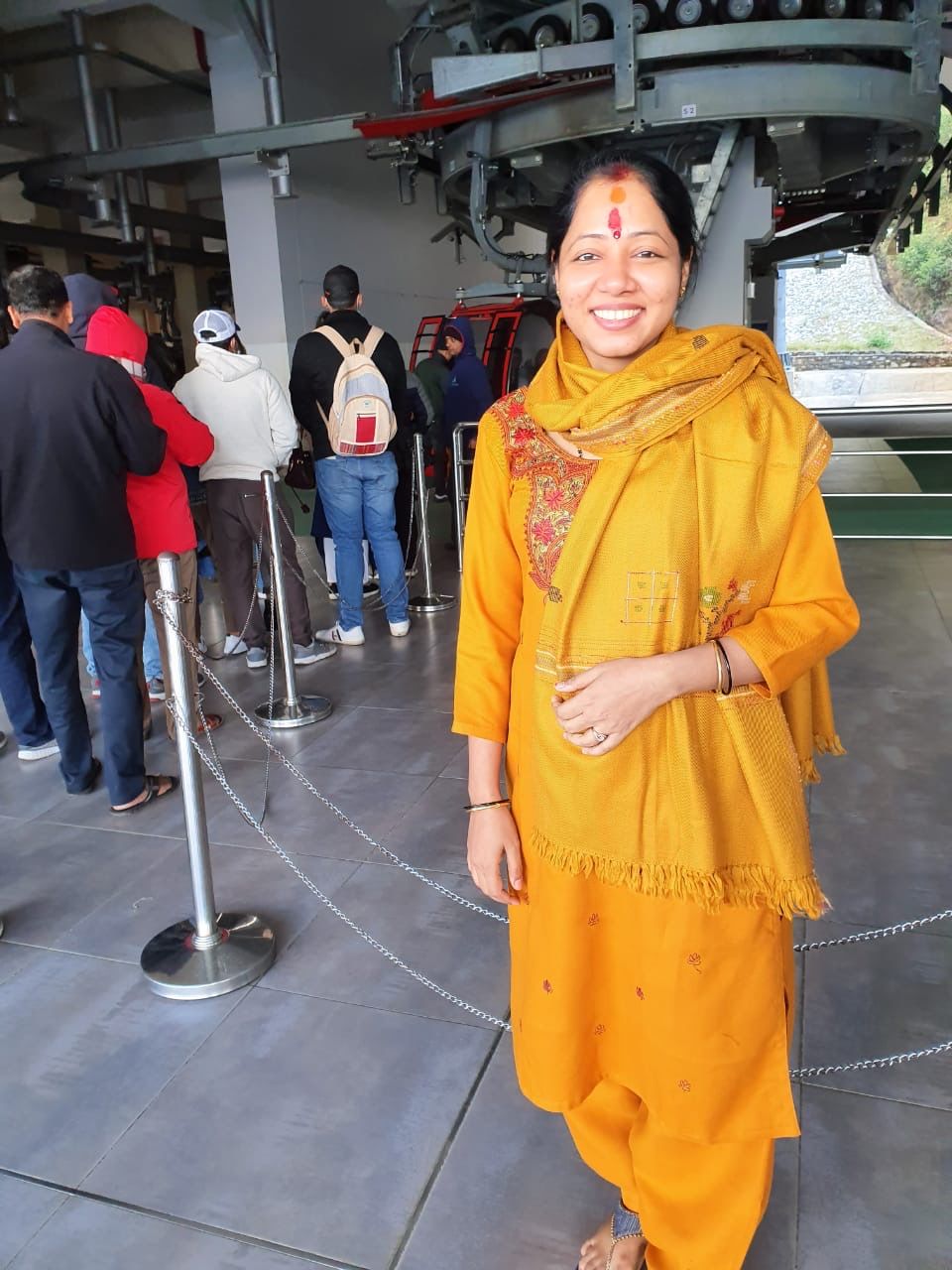 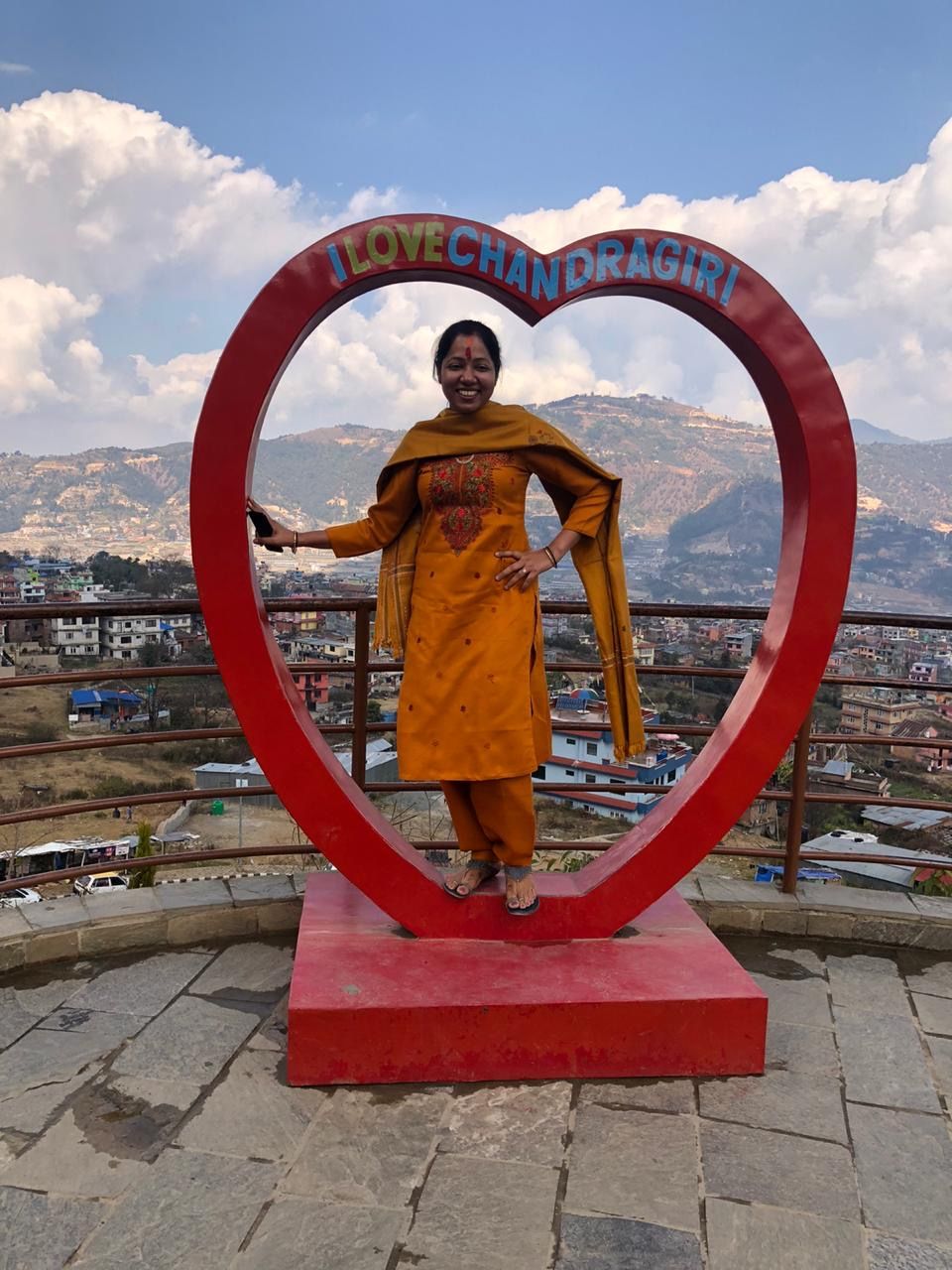 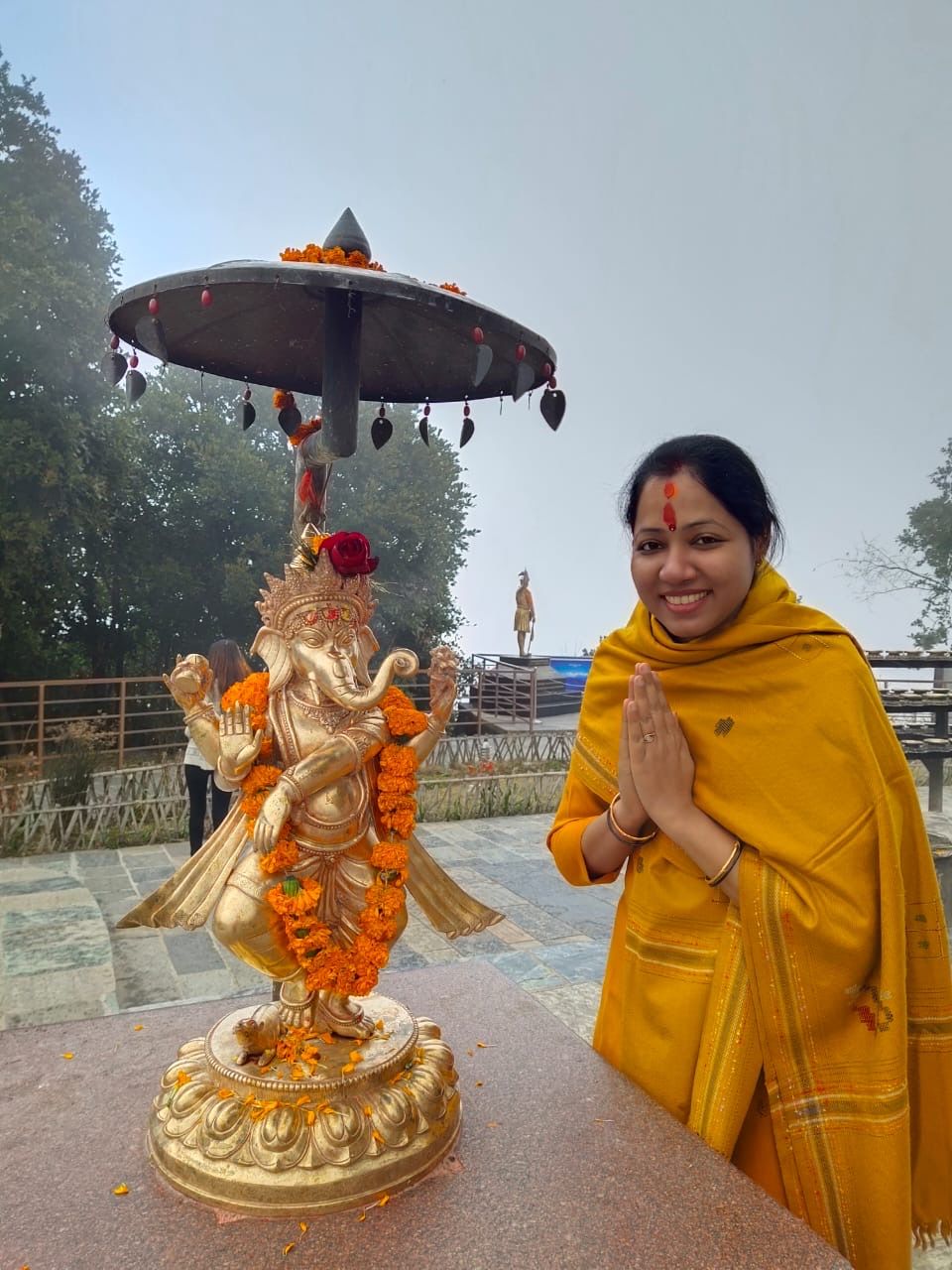 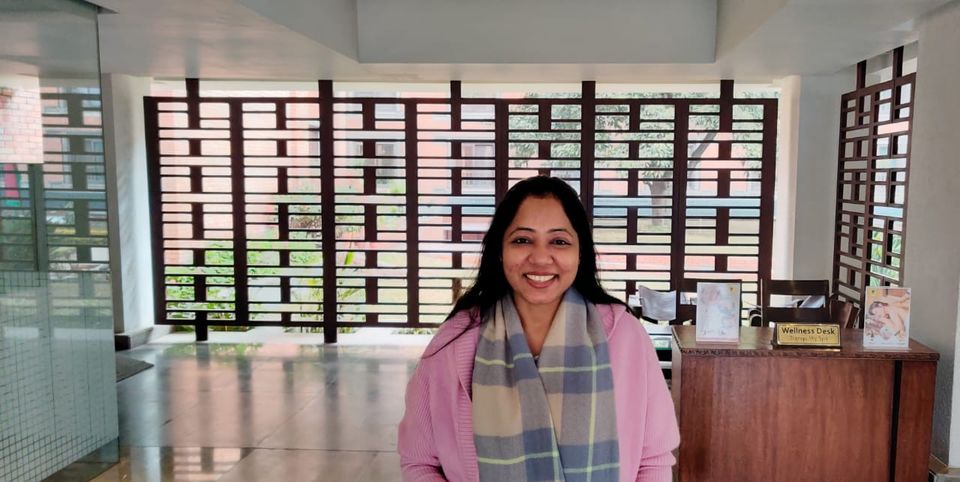 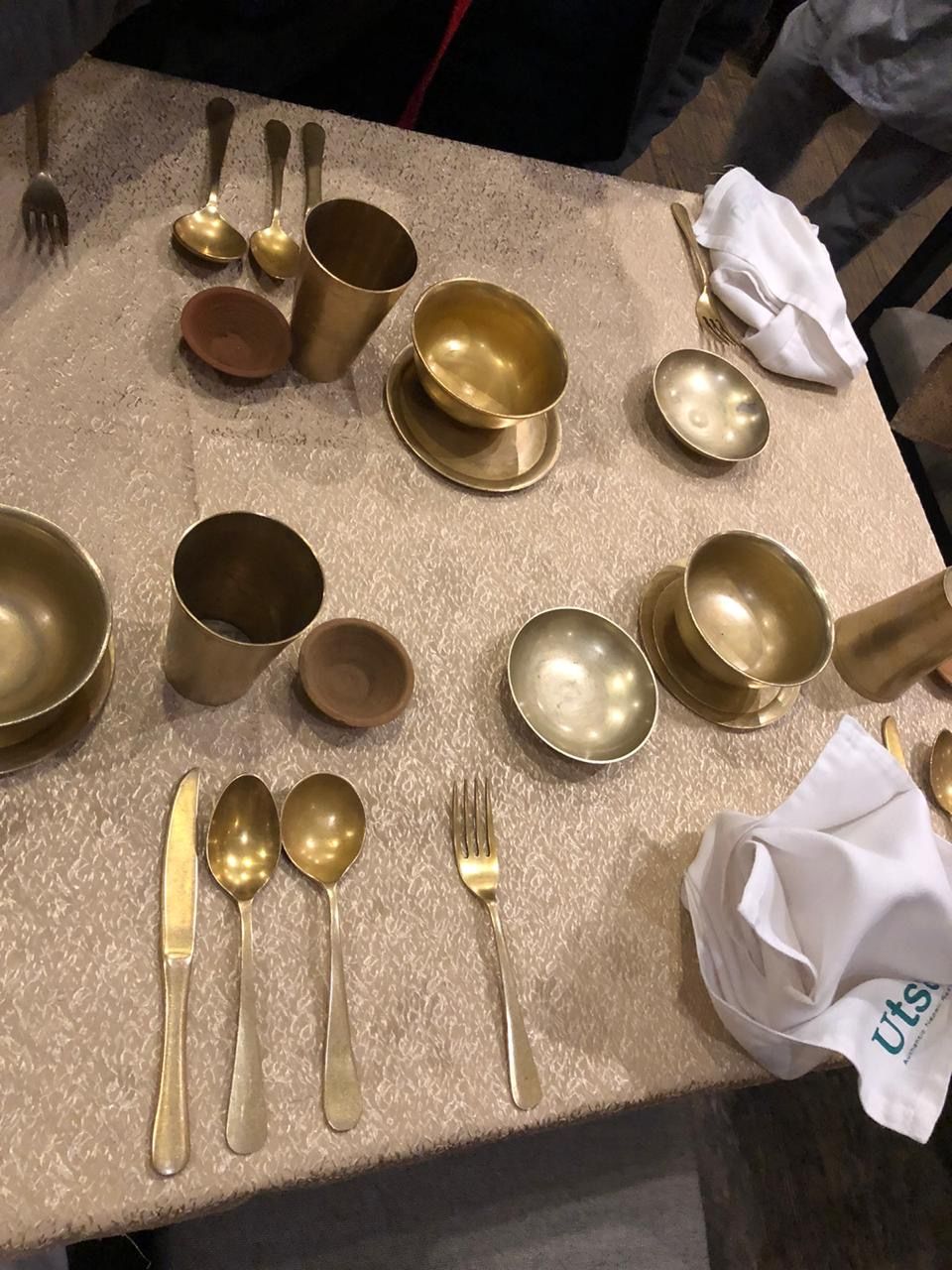 Start of the meeting 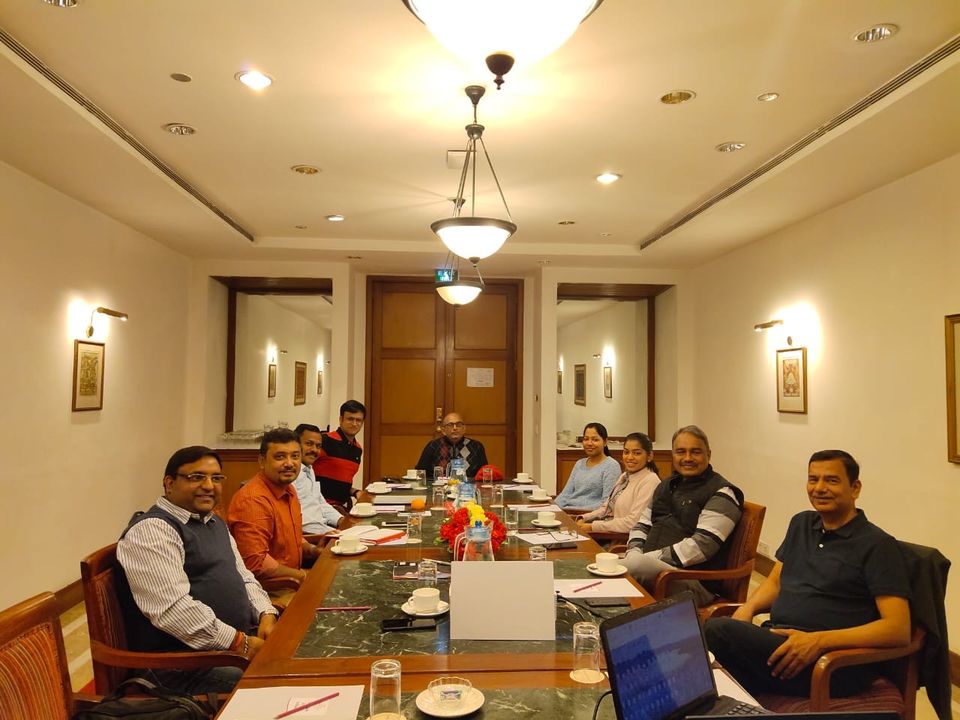 Mt. Everest . Took this photo from the video I had taken 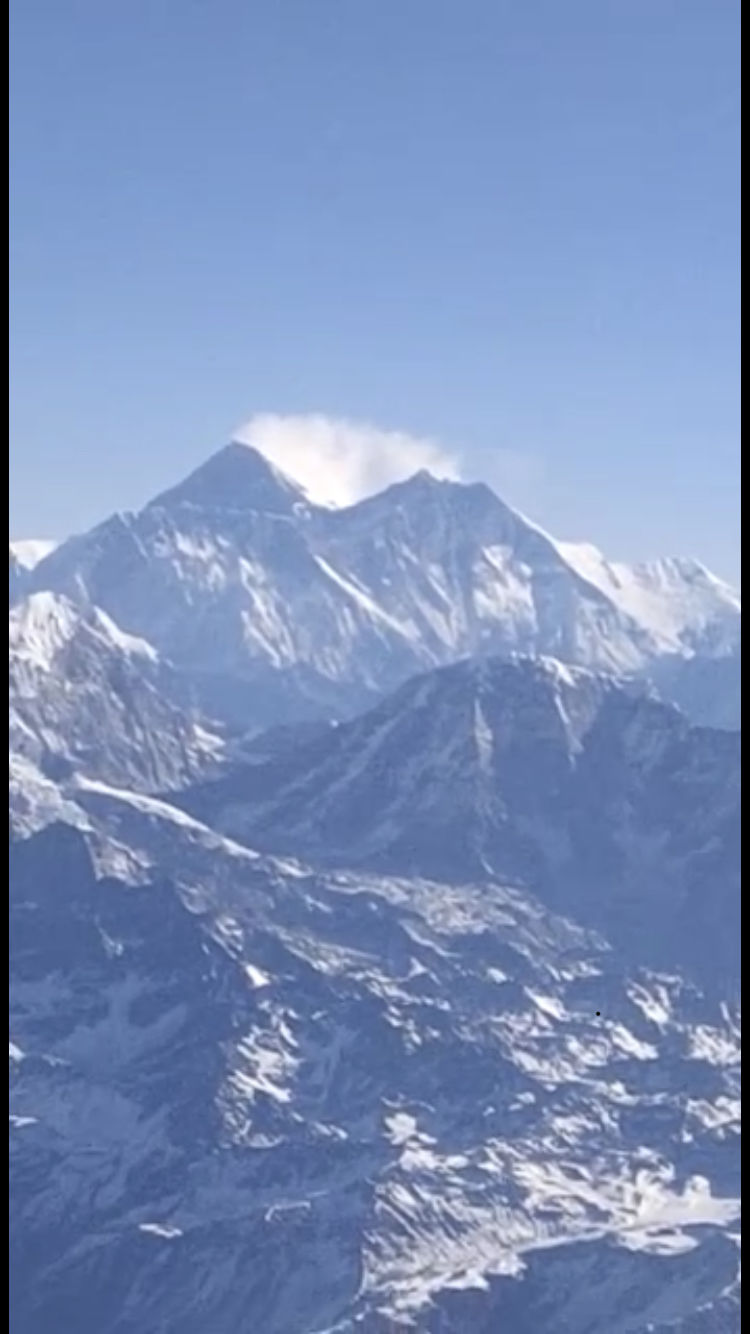 Start the year with a wonderful new place. The last few weeks have been really busy.. in planning and organizing our Strategy Workshop as the place we chosen was Nepal. The sun kissed mountain tops, the city which is in the lap of Himalayas, where prayer flags are used to promote peace, compassion and wisdom. Nepal has so much to offer - from ancient to modern. Besides being known for it's breathtaking vistas Nepal also holds some impressive world records like the tallest mountain in the world, highest lake on earth, etc.

Nepal accepts either voter ID card or Passport from Indians while traveling there. Carry Indian Rupees only in denominations of 100 or below. From Chennai to Kathmandu via Delhi we were booked in Air India. It was a early morning flight for us from Chennai and Air India served us piping hot idly. I highly recommend to book window seat on the left side while traveling from Delhi to Nepal as you can witness the majestic Mt. Everest. We landed in Kathmandu around 1430 hours local time. Distance from airport to Crowne Plaza Kathmandu-Soaltee is only 9 km but it took us around 40 min to reach the resort as the roads are crowded and traffic was bad. The resort has everything to offer board rooms, big lush green lawns, multiple food outlets, shops and so on.

Kathmandu valley is full of UNESCO world heritage sites and being a valley it is surrounded by beautiful hills from all the sides among which Nagarkot, Dhulikhel and Chandragiri hills are the famous one. One needs atleast 3-4 days to experience everything. Due to time constraint we managed not all but a few places to explore.

Places to visit in Kathmandu -

1. Kathmandu Durbar Square & Swayambhunath - The Durbar Square, the ancient palace of the Nepalese Royalty held the palaces of Malla and Shah Kings who ruled over the city centuries back. This Durbar Square was built by the king of Licchavi dynasty during 16th and 17th century.

2. Pashupatinath - is a famous, sacred Hindu temple dedicated to Pashupatinath and is located on the banks of the Bagmati River 5 kilometers north-east of Kathmandu Valley in the eastern part of Kathmandu (the capital of Nepal. This temple is considered one of the sacred temples of Hindu faith. The temple serves as the seat of the national deity, Lord Pashupatinath. This temple complex is on UNSECO World Heritage Sites enlist since 1979. This "extensive Hindu temple precinct" is a "sprawling collection of temples, ashrams, images and inscriptions raised over the centuries along the banks of the sacred Bagmati River" and is included as one of the seven monument groups in UNESCO's designation of Kathmandu Valley as a cultural heritage site. One of the major Festivals of the temple is Maha Shivaratri on which day over 800,000 devotees visit here.

The twelve Jyotirlinga (in India) are the body and the Jyotirlinga at Pashupatinath in Kathmandu (Nepal) is the head over this body.

All days of the week

Temples and Shrines in the inner courtyard

Temples and Shrines in the outer complex

We shopped for Rudraksh and Shivlings from the shops which are outside Temple complex. Nepal is famous for pure Rudraksh. If you're interested in normal imported clothes and spice shops, jewelry shopping you must visit New Road.

3.Next we covered Chandragiri hills through cable car. The hill provides panoramic views of Kathmandu valley and the Himalayan ranges from Annapurna to Mt. Everest. The last day in Kathmandu ended with dinner in the local restaurant Utsav and we relished local delicacies like aloo tareko, momocha, mass ka bara, kwanti ko jhol, sada bhuja, kalo daal, mis mass tarkari, jhaneko saag, karela tareko and so on. Here the local wine is served in earthen clay diyas and loved the live performance in the restaurant. We ate to the heart's fulfillment and not the stomach's, and slept without a bother.

Being in such an environment changes your mind, gives you perspective and definitely humbles you. Beautiful, privileged and gratifying life striking off #9 country from my bucket list. Time to bid adieu to the charming and bustling streets of Kathmandu and to the kind & hospitable people.