The story of wrong boots!

while creating the itenary for Theog and Narkanda, I was aware of the fact that I might get to experience the snow. I ended up buying snow shoes (warm n waterproof )from Decathlon with the thought of hiking with right set of gears. Upon reaching Narkanda, I was excited as a kid to see the mountains covered with snow.

Just before the hike, there were hawkers giving boots on rent. While interacting with them , they told me my shoes were not a perfect fit for the hike. Parallely in my  head I was just thinking about creating snow angels 😂😂. Since I was clearly blindsided by this creative thinking of mine, without a second thought I agreed to get the rented boots for the hike. Renting boots made a teeny tiny sense at that time coz it would keep me dry till my knees and Snow Angels would have been a great hit!
There were hardly any options of boots and tbh I did not even put my brains into choosing the boots which would at least go with what I was wearing 😂 . I took the ones infront and started with the hike.

After walking for about 20min,  got a place with a scenic view, someplace which was so quite and yet so pretty.  I posed n got some pictures clicked and to my surprise it was a blunder, all thanks to my pink boots😂. i am sure after seeing the pictures you would agree with me. The hike was awesome, i mean the fresh air literally did it's magic on me. reached the hatu peak in about 1.5hrs. played with snow all my way up.The way back was the worst. i kept sliping on the snow every now and then. some of the snow had melted, some got mixed with mud and it was all mushy. there was a point where i was literally scared of walking back but had to gather some courage coz there was no other option.

moral of the story: never agree to what the other person is selling especially boots coz it hurts a lot when u slip on ice😂. i learnt it the hard way! 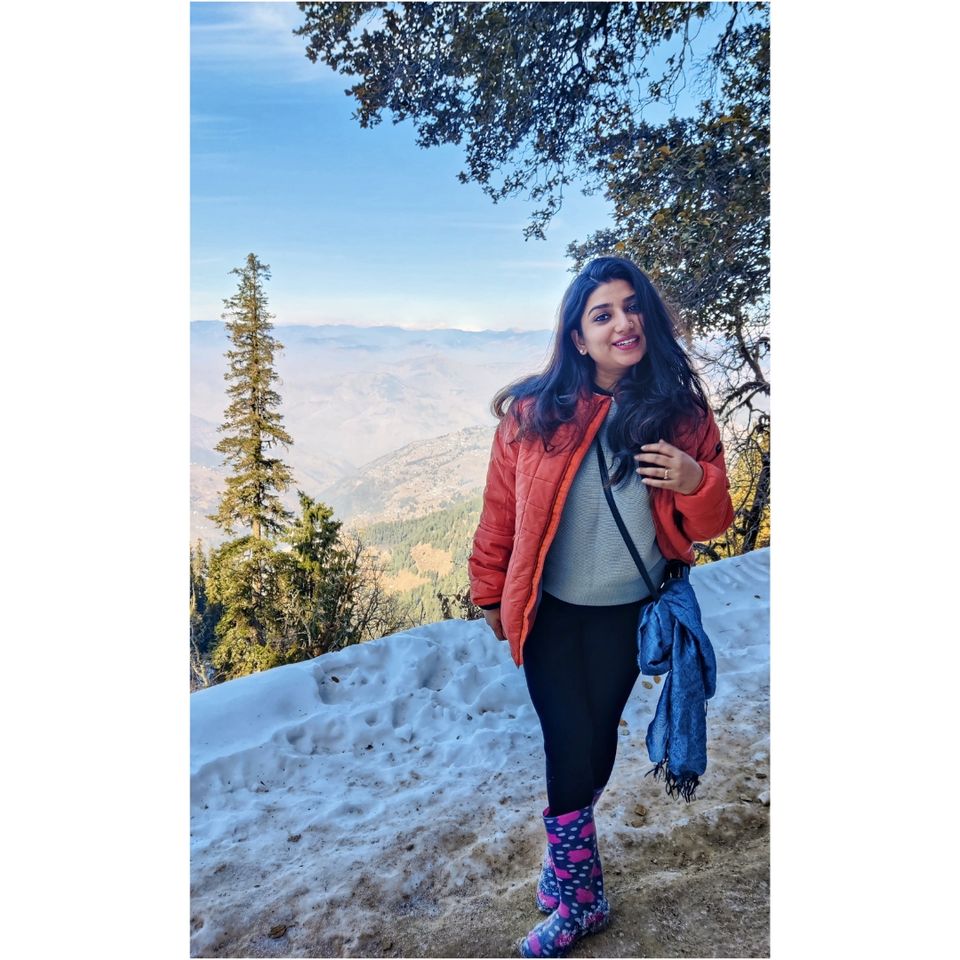 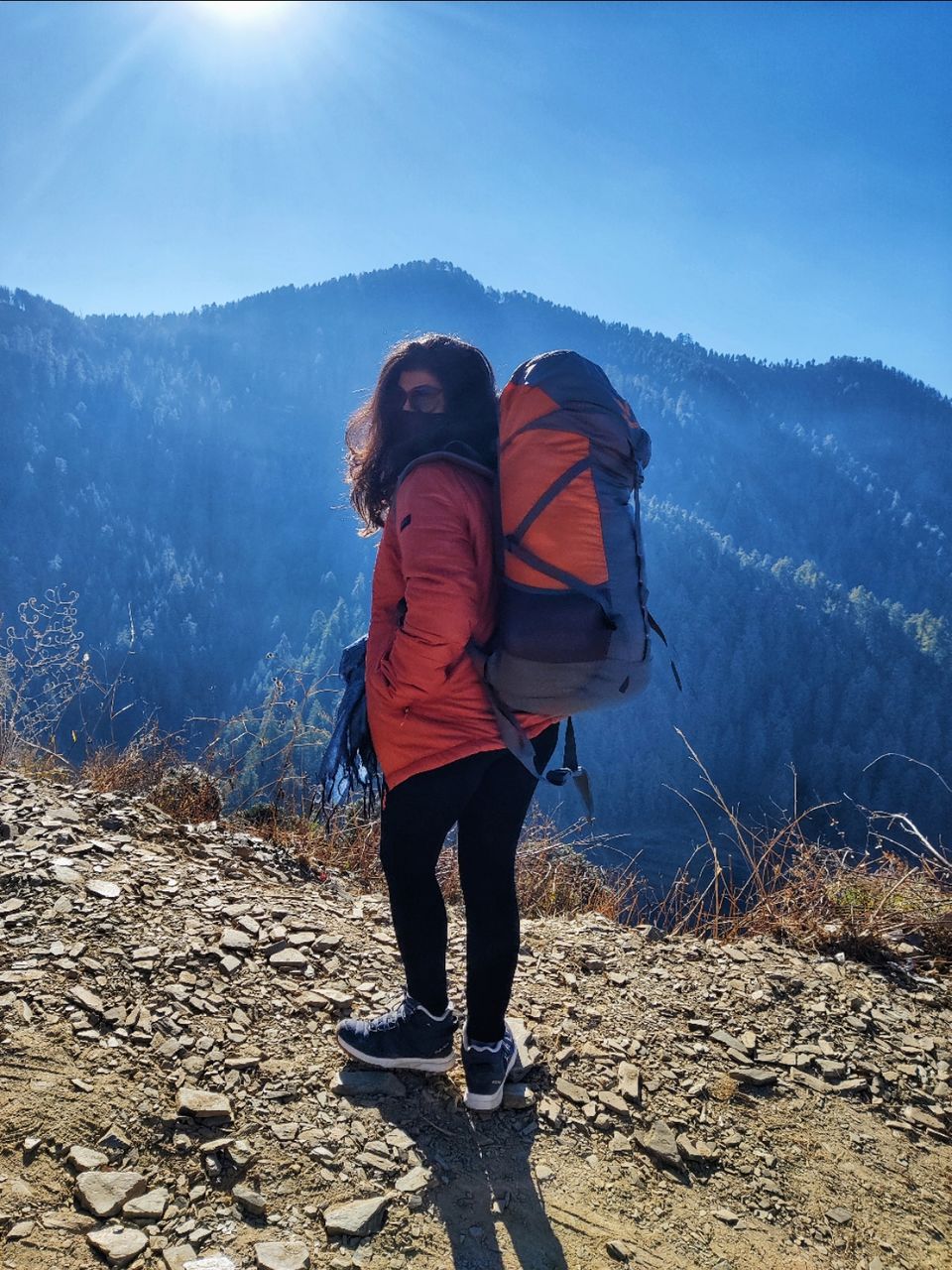 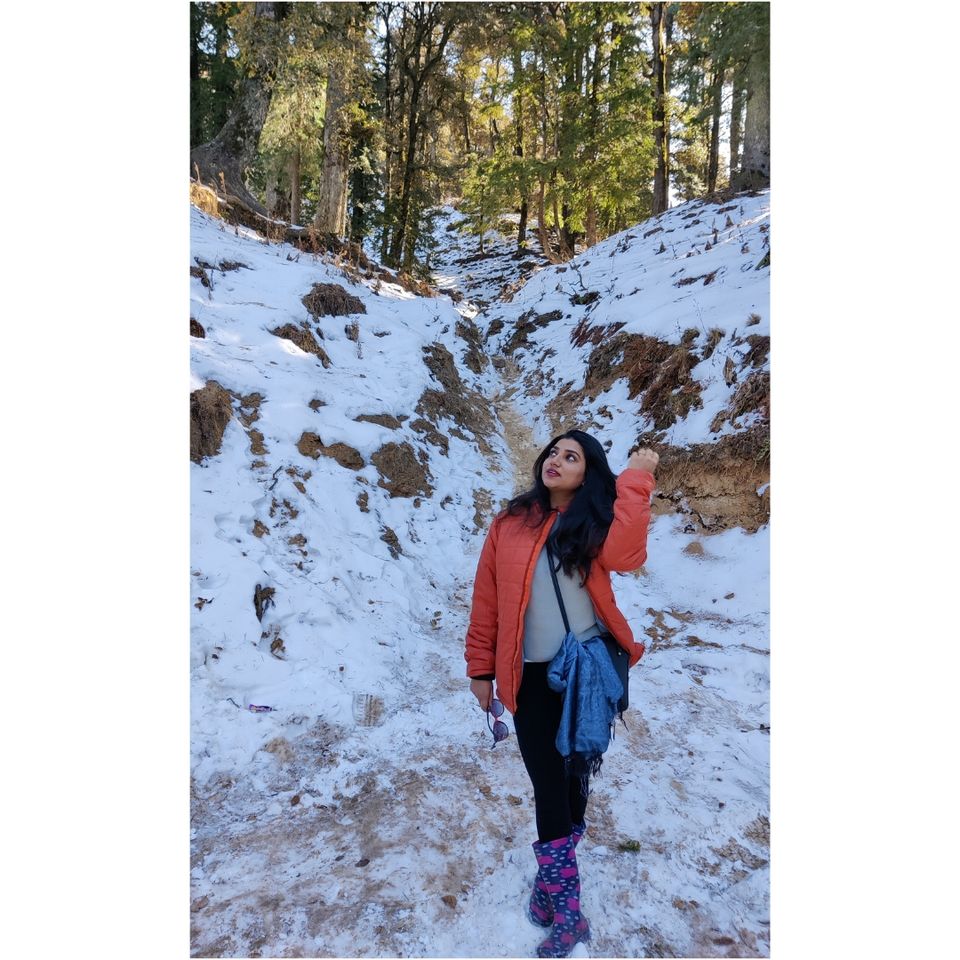