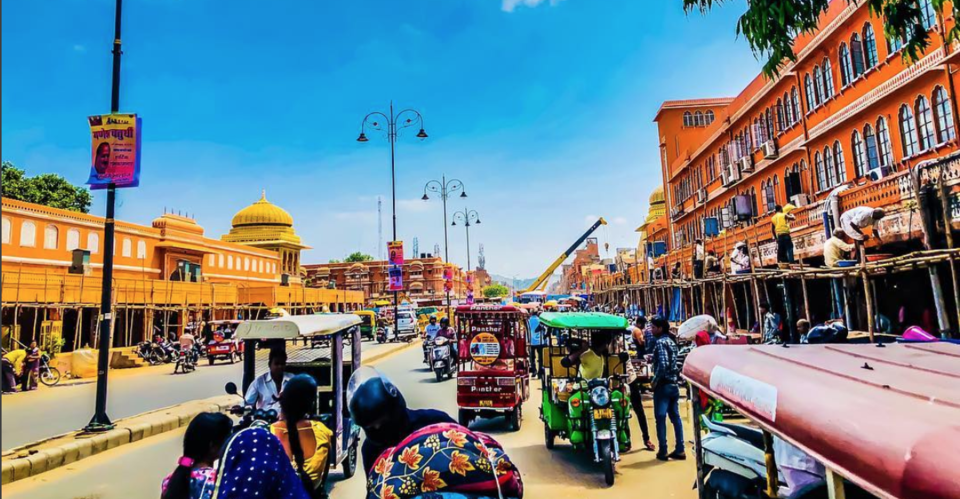 In the beginning of last year, I travelled to Europe – Germany and Finland to be specific – for over a month. It was first trip abroad and also my first ever trip of this long a duration. Before this, all my travels had been confined to India. And even though I had travelled far and wide – from the remotest of places to the busiest of cities, it was always within the country. I was super excited to see another side of the world!

As my trip began, that excitement continued to grow and remained throughout. Still, I occasionally felt pangs of nostalgia for my life back in India. A week in, I started longing for familiar experiences back home and the stress of being in a new place started to creep up on me. And I am not just talking about the comfort of my own bed and a meal from my own kitchen, I am talking about experiences that I never thought I would miss – the crowd, the familiar smells on my street, the ease of life, and so much more. From then on, every time I travel away from my home country, I cannot help but feel grateful for it, for all the experiences that have made it so. These are the things that I long for when I’m away from home:

The beloved autos and rickshaws

The first thing I noticed when I went abroad was the accessibility of local transport. There’s no doubt that they have much better quality of public transport, which is much better connected than its Indian counterparts, but it cannot replace our autos, rickshaws and kaali-peelis. You don’t get a cab or a tram the moment you step out of your door; you’ll probably have to walk a mile before you can find a human in sight let alone a form of transport. And I don’t like walking when I am on vacation. You can just imagine what a nightmare it was for me.

During my entire trip, I only came across fancy grocery stores with electronic cashiers and a complicated checking-out process, which resulted in a lot of time wastage even if I had to buy something as small as a pen! It made me realise how much I love the kirana stores back home and the old uncles who run them. You can just run up to any and get what you want in less than five minutes. And if you don’t have cash? No worries because you can always pay later. It is just so convenient.

I was so surprised by the absence of noise in both Germany and Finland. Everything was so quiet all the time. There were no trucks or honking and no kabadis or grocers shouting in the background, no noise from car engines. Even the metro and tram platforms were very quiet. It was an intriguing experience, but it made me miss the hustle bustle of a public place back home. In India when you step out of the house, it is a crazy stimulation for the senses and only the absence of such a stimulation can make you realise its importance.

If someone is used to living in India, the sheer lack of people in some European countries can come as a shock to the system. Initially, for the first few days I was elated with all the peace and quiet. But after about a week in the place, I started missing the stimulation that came with having so many people around all the time. I am someone who doesn’t like too much interaction, but in Delhi I know that if I strike up a conversation with a stranger on a street, I will get a response and might even end up having fun. But in both Germany and Finland, people mostly tend to mind their own business and you end up getting isolated, especially if you’re on a solo trip.

A part of why everything in European nations is so organised is because of rules, the very rules that many of us Indian dwellers don’t give a f*ck about. So you can imagine the plight of a rule-breaker in a country where even one mistake can lead to a pretty hefty fine. I had such a tough time keeping everything in mind. From something as basic as crossing the traffic signal to taking the metro – everything was made 10 times tougher just because you had to follow every single rule to the T.

The flexibility of making mistakes

Like I mentioned, the scope of making mistakes in a foreign land, especially if it is in Europe, is minimal. Here in India, because of this word we call jugaad, it is possible to get out of the toughest of situations with just a few, simple steps. You always have one more chance. In Germany, I saw one person being taken for a full-body search after the scanner on the airport beeped. Turned out, he had forgotten to take out a coin from his back pocket.

Didis, bhaiyaas, and all the people who make life easier

Both in Germany and in Finland I ended up staying in serviced apartments instead of hotels as they were cheaper and more flexible. But staying there also meant that the responsibility of food, cleaning and taking care of myself was also on me. I never missed my maid back home more. In fact, I ended up buying her a couple of gifts because I was so thankful.

Now, I don’t have a problem if I have to do household chores for a few days, but it is not something I enjoy doing on vacation or for an extended period of time. It starts creating stress because you have to accommodate time and resources for basic stuff that you don’t think about when you’re home. In India there's a bhaiyya or a didi for every chore. One phone call and you can get pretty much anything fixed at meagre prices. Here, I had a leaking tap and the plumbing charges were so damn high that I decided I didn't need it after all.

I assume that it is a habit that grows on you because in each of these countries, I found the concept of house helps pretty non-existent. But coming from a place where this was a part of my daily routine, it was definitely a shock.

Street food, home-cooked food, basically all the food from back home

I am a big foodie and most of the times up for experimenting with different cuisines. But after a while, it can tend to get overwhelming. I think I started missing the comfort of food back home. Even though what I tried was delicious and exciting, I started missing the spicy golgappas and crisp samosas, and even my mom’s karela. These items were a weekly affair for my palette and this cleanse of European food was like an assault on my system. The first thing I did when I reached back was have a big lunch of Rajma-Chawal and boondi raita. And the satisfaction was unparalleled.

Being the clumsy person I am, I ended up scraping my knee and my palm during one of the walks I was taking to the market in Germany. Sadly, unlike in India, you cannot really get any medicine there without prescription, even a simple antiseptic ointment. So I had to take an appointment with a doctor, which cost me 70 Euros btw, to be able to purchase that tube!

Before I left for my trip, a number of my friends had told me about the pros of staying and vacationing in Europe and how it is so very different from India. It is different. In India life is played out on the streets for everyone to see – it can confuse, bewilder, frustrate, and thrill you at the same time. And Indians live in such a state pretty much all the time, without even realising it. Yes, there are difficulties and poverty, filth and crowds, and cows crossing the streets, but a month in Europe really had me yearning to go to a busy bazaar, to have the smell of deep fried goods on the streets, to stand in a crowded metro, to just feel at home. I realised with that one trip how much I appreciate the experiences I’ve grown up with. And they happen to be in India.

What do you miss the most about India when you're living/travelling abroad? Let me know in the comments or maybe write out and share your own such list with Tripoto readers.