Slow-Travel Tales From The Safest Country In The World - Finland

Probably one of the best ways to get under the skin of a place is to slow travel through it. If you aren't already aware, Slow Travel has become quite a movement now. What it means- is to travel through a place/region at your own pace. To breathe that simmering coffee and share a bite or two of the local cuisine. To walk with no direction, meeting new people,understanding their language,getting a hang of what they do. To imbibe the culture and visit un-touristy places. To take time to let that place sink in for a little while and let it become a part of you!Finland, the land of 1000 lakes is in-fact a mighty great place to slow travel through. In the year 2009, I spent my summers drawing the blinds to hide away the midnight sun in Turku ,the third largest city of Finland. A 7hr flight from New Delhi to Helsinki and another 35 minute flight from Helsinki to Turku greeted me to my summer home at Varissuo. My first impression of the place was formed distinctly based on two things- the humungous amount of tree cover and the Finns(people of Finnish origin) love for liquorice sticks(lakrits) so much so that there is an entire Festival dedicated to it. Later I came to know that Finland has the greatest forest cover in entire Europe and it is said that the "there are 50,000 trees behind each Finn". An Indian when steps out in the Finnish air is bound to be surprised with the first breath. The air is too clean for anything we have inhaled before!

April in Finland is the season of winter wearing away, the transitory phase when the snow is melting away and of spotting a lone flower in midst of it. As the summer starts to break in, the days go longer and by longer I mean stretching to 20 -24 hours i.e the sun never sets! You look out at midnight and the sun is still shining through the buildings. This phenomenon is known as white nights.If you’ve experienced white nights the next thing to see are the Northern lights. The Finnish Lapland to the north of Finland, is a place where northern lights are visible more than 200 days in an year. Rovaniemi also known as Santa city, a village, crossing the arctic circle is a popular destination in Northern Finland, you can even visit Santa here.We lived in Varissuo, a well developed residential area in the eastern side of Turku. On my first walk outside I was taken aback at the fact that there were no boundaries to buildings or hospitals or schools. You can randomly walk in and walk out of places. There are doors of course, but the terrain is scaped in a boundary-less fashion. What I came to know after, explained this style of living. Finland is among the most honest countries in the world, hence a huge cultural shock is in wait for anyone who’s from India!

Each morning I would rise to see a cascading hierarchy of pine trees which vanished into oblivion. I had a forest to the back of my flat, which I traversed to find many a rabbits! I toured the entire city either on foot/bicycle or on a bus. You can get a bus pass and roam anywhere around the city within its expiry date.Finland is a country of huge things(in comparision to Asian countries ofcourse) - of huge trees, people, flora and fauna, everything ! The population is meager but the people are very warm and hold to their roots. Finnish, the language of Finland is mostly used and English isn’t that popular but not that scarce either. I learnt a little bit of Finnish by watching TV, reading the subtitles, using Facebook in Finnish, listening to Finnish pop songs which blared on Mtv Finland throughout the day. One of my favourite tracks used to be -Lautturi by PMMP.Everyday was a discovery there. A visit to Itakeskus(the east-side market) or the cathedral in the city-square or roaming around Kauppatori(city centre) for shopping.While winters are blazing white, Summers are so vibrant that it’s a painting before your eyes! There are about 200,000 lakes which are thronging with people at this time of the year. A picnic at any of the lakesides is a treat to the senses.

During Summers, ,most of the Finnish people flee out to their own isolated private islands and spend a few days there with no electricity. Fins are well-versed with ‘the art of doing nothing’ and are very close to nature. This is one thing that I absolutely loved about them! Many of them also spend a great deal of time fishing in isloted waters. Sauna- is another thing that holds a great part of Finnish culture(it finds its roots here).The amazing part is how they use it though, after Sauna they run out to take a dip in the icy cold lake water!

Apart from residential buildings, most Finnish people thrive in quaint little cottages with huge flowery backyards that almost always have a huge trampoline or an ice hockey space or both! I never got a chance to stay in one but I so wish to couchsurf on my next trip there!

One of the most famous festivals is Vappu(Walpurgis Night) or May Day, which I had a chance to be a part of. On May 1 the entire country was out in packs wearing white caps, singing, drinking and dancing their way out on the streets. It is the biggest carnival style festival that is celebrated throughout the country.We went to Kaupattori, the city centre in Turku and dove in the celebrations. At 6 in the evening, the capped alimunis would flung their caps in the air before the cathedral which was a sight to see!Some evenings would be spent alone bicycling through the vast green fields while some where spent playing football with young Finn kids. None of us knew each other's language but we found a translator in a Sri-Lankan kid who could understand both English and Finnish. Mostly it would be a mad hunt chasing the ball yelling things in different tongues!Doing all of this, 2 months flew by fitting in a different place and culture but the ride was amazing! I feel more connected to Finland because I spent such a long time there. It has been 6 years but the feelings still remain fresh. A part of me is still lost in Finland. It is a different feeling altogether when you take time to know a country/place/ down to it's core and slow travel gives you the freedom to do it.

I never got the chance to explore half of what a wonder Finland is. So I am looking forward to going back there someday and on making a solo trip out of it!. If there are any Finns reading this who could help me with it, give me a shout out anytime here on Tripoto. Kiitos!

The third largest city of Finland. Turku bears a lingering taste of what Finland as a country is about. It has its share of beautiful lakes, old churches, cottages, malls, green fields, saunas and what not! 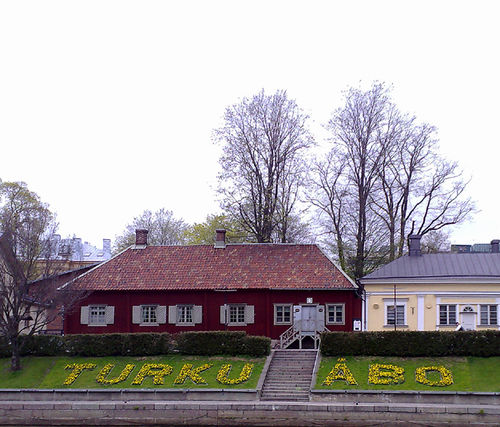 Residential area in Turku, with all available facilities! 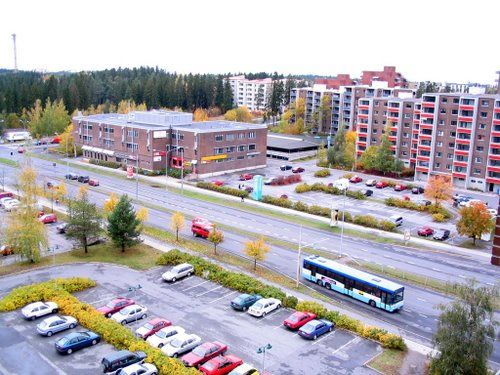 The road to this quiet little lake in spectacular. Winding roads, turning smoothly , sunlight breaking through the trees and the calm blue lake on one side would leave you mesmerized ! 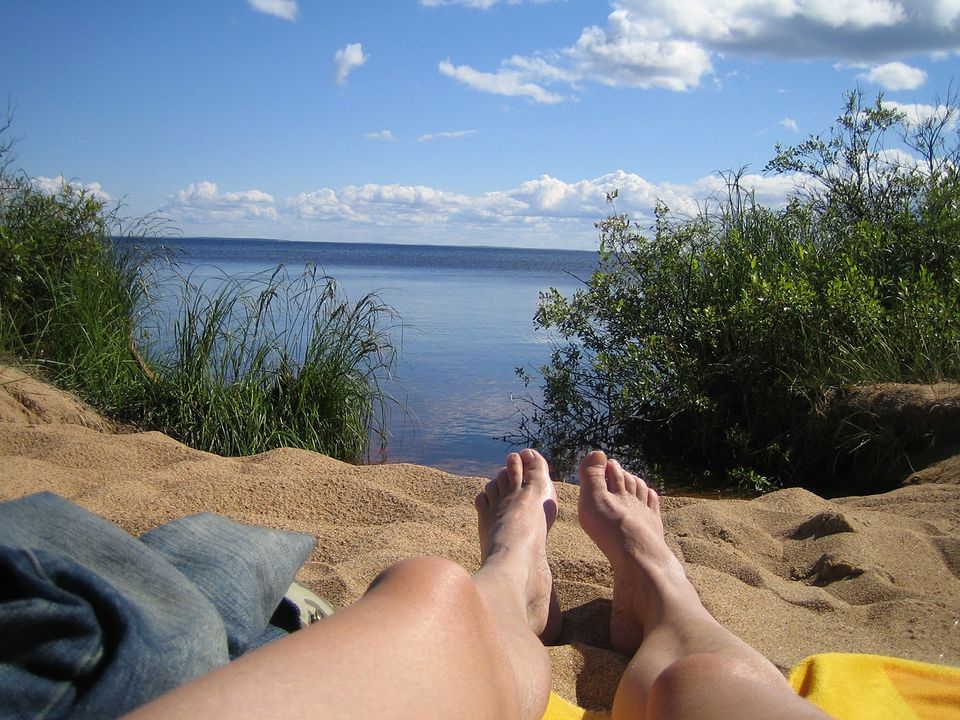