Normandy Travel GuideNormandy TripsWhy Normandy Is One Of The Most-loved Destinations In France!

Why Normandy Is One Of The Most-Loved Destinations In France!

"To meet the best people in the world, go to Normandy" - That's what French people say. And so I longed to go there!

I have been going mostly solo on trips since past 4 years but this time I was on an educational tour in Paris with a big set of people (I and 100 classmates of mine from the university I am pursuing Masters in Management from were staying in a hotel) and this fine night before zonking off to bed I decided to visit Normandy the next morning. I had a clear and a very strong reason to visit Normandy : I have been travelling across Paris since two weeks, got really enough of city life and wanted to be real close to nature.

Three of my classmates also wanted to join in. But I woke up next morning only to find that two of them had to forgo their plans. One of them decided to join me after putting in a lot of thoughts as he knew that I am an adventurous soul and he wanted to experience the thrill with me. So I taken him along towards the metro station in the morning with no advance bookings.

I generally don't book everything in advance even if i have to shell out extra money because it gives me flexibility to choose time and resources as per my wish. Initially I went to car rental dealer in La Defense but unfortunately all dealer shops were closed as it was Saturday. So I taken a quick call to search for the bus. I found a flixbus closeby that was about to depart, But i didn't have the booking and last minute booking was not even acceptable via Flixbus app. So I thought it would be a wise idea to talk to the driver and I convinced my friend to board the bus as few seats were apparently vacant. When we were halfway through the journey, the bus taken a halt and driver asked for the fare and I paid just half the amount that the other passengers with advance bookings had paid! I stocked up snacks from a nearby supermarket at fuel station. After another 2.5 hours the bus dropped us at Deauville port. The beach was another 1.5 km walk. The moment I saw this place, I sat transfixed by its sheer beauty.

"I love not man the less, but nature more" - This was yet another time when I could totally relate to these profound words - My classmate wanted to continue play with water but I wanted to go exploring so I parted my ways and go walking on the sand for another 2 km for this view! 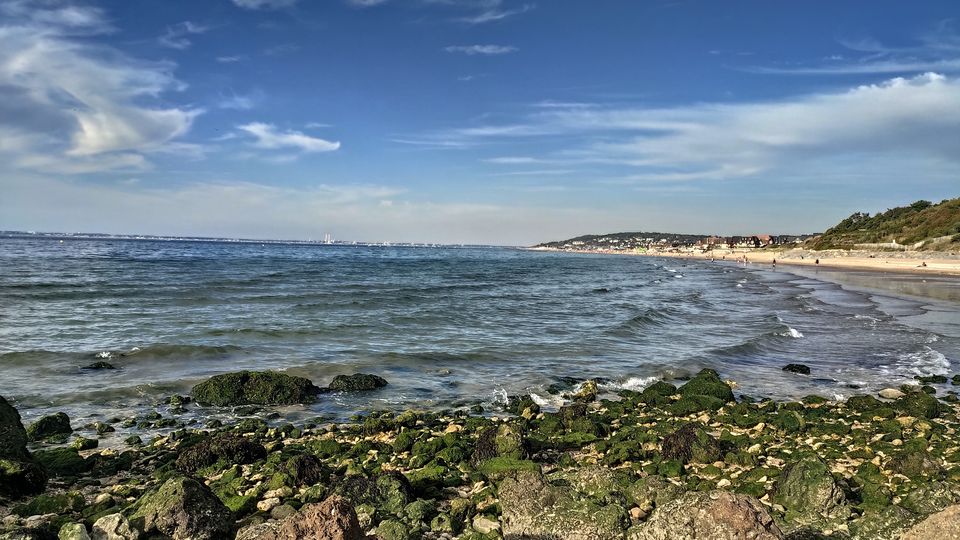 Initially I thought I would be back to my hotel the same evening but there was just so much to explore. The spectacular views compelled me to stay longer.

This is the port where bus dropped me. I have so much of love for clear blue waters! 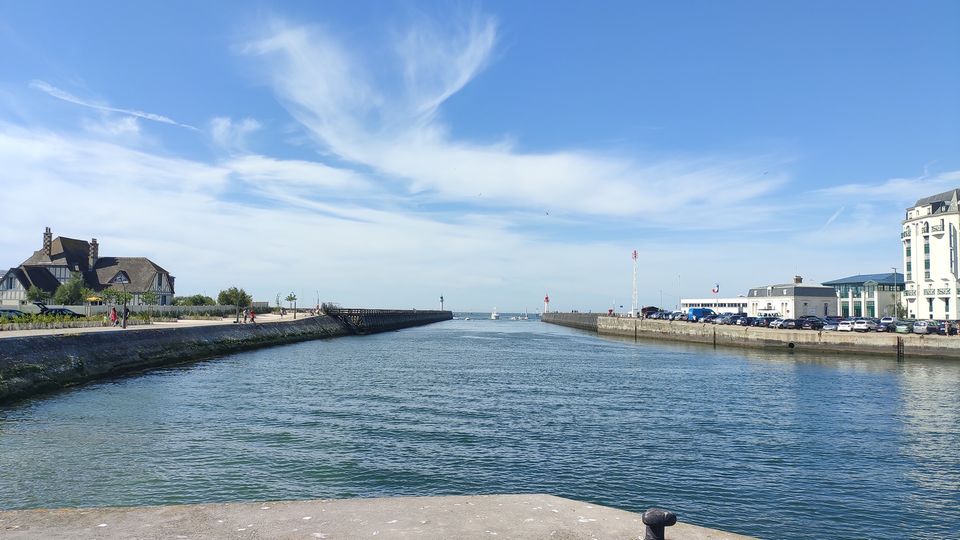 So I Consciously missed the last mode of transportation from Normandy to Paris even though I knew that no other mode of transportation would be available to return back home the entire night and that I had no advance booking in any hotel either. I parked all such thoughts for a later time and kept walking another mile in search of that perfect secluded spot where I would love to capture the sunset from. 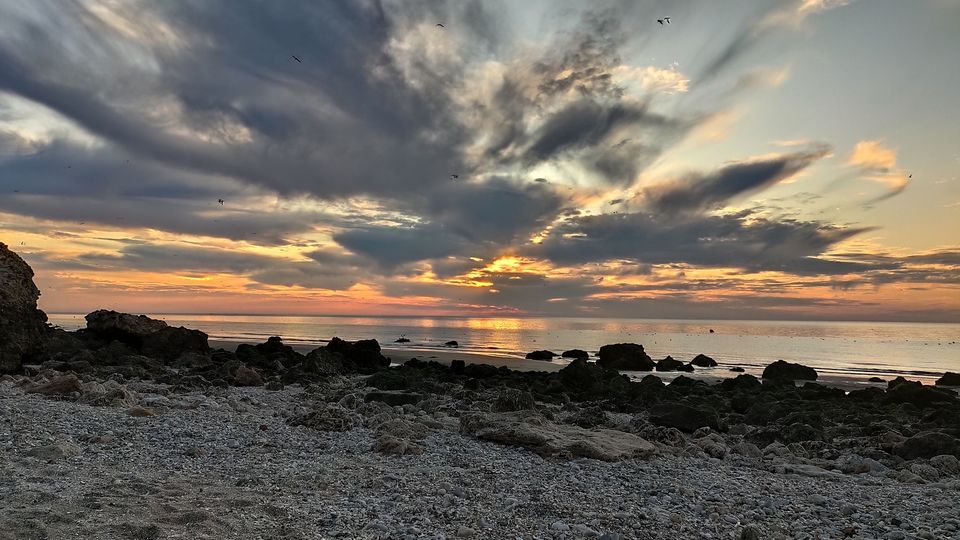 Waited patiently for 5 hours, couldn't dare to leave Normandy without watching the sun going down the horizon❤ Switched my phone off as soon as I reached here to feel closer to nature! 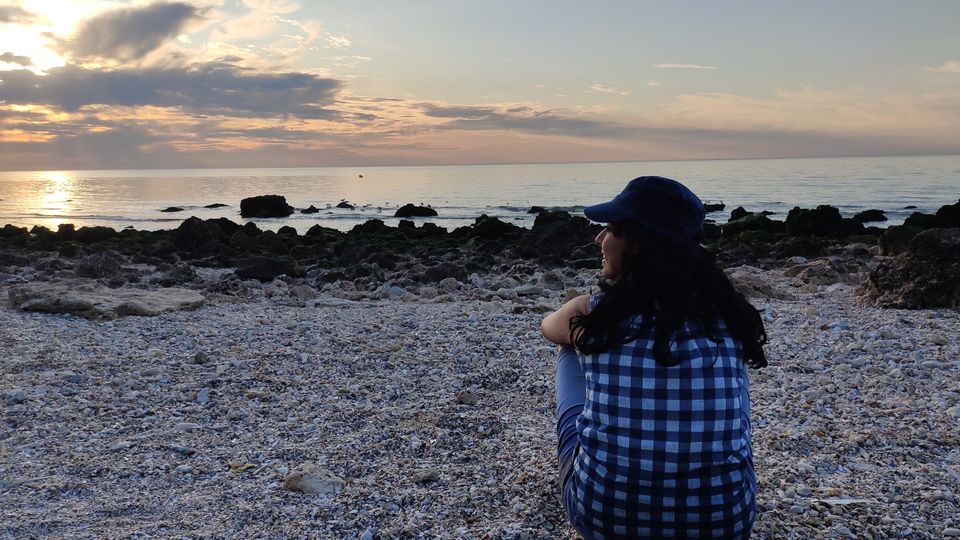 Tonnes of seashells, it was such a pretty sight! I collected 250 grams of these and taken them back to India as a souvenir :) They still rest beautifully on my bookshelf :) 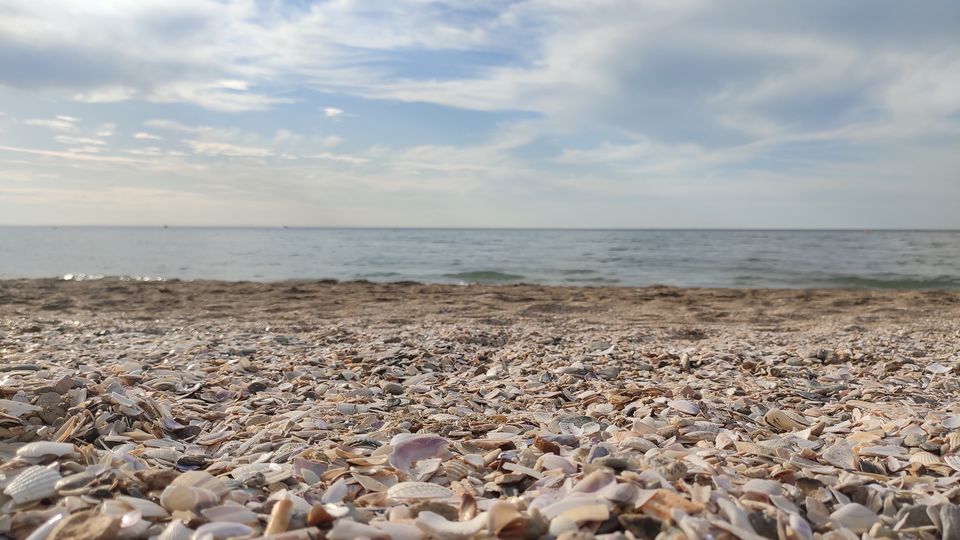 So much of time was spent playing with these seashells ☺ 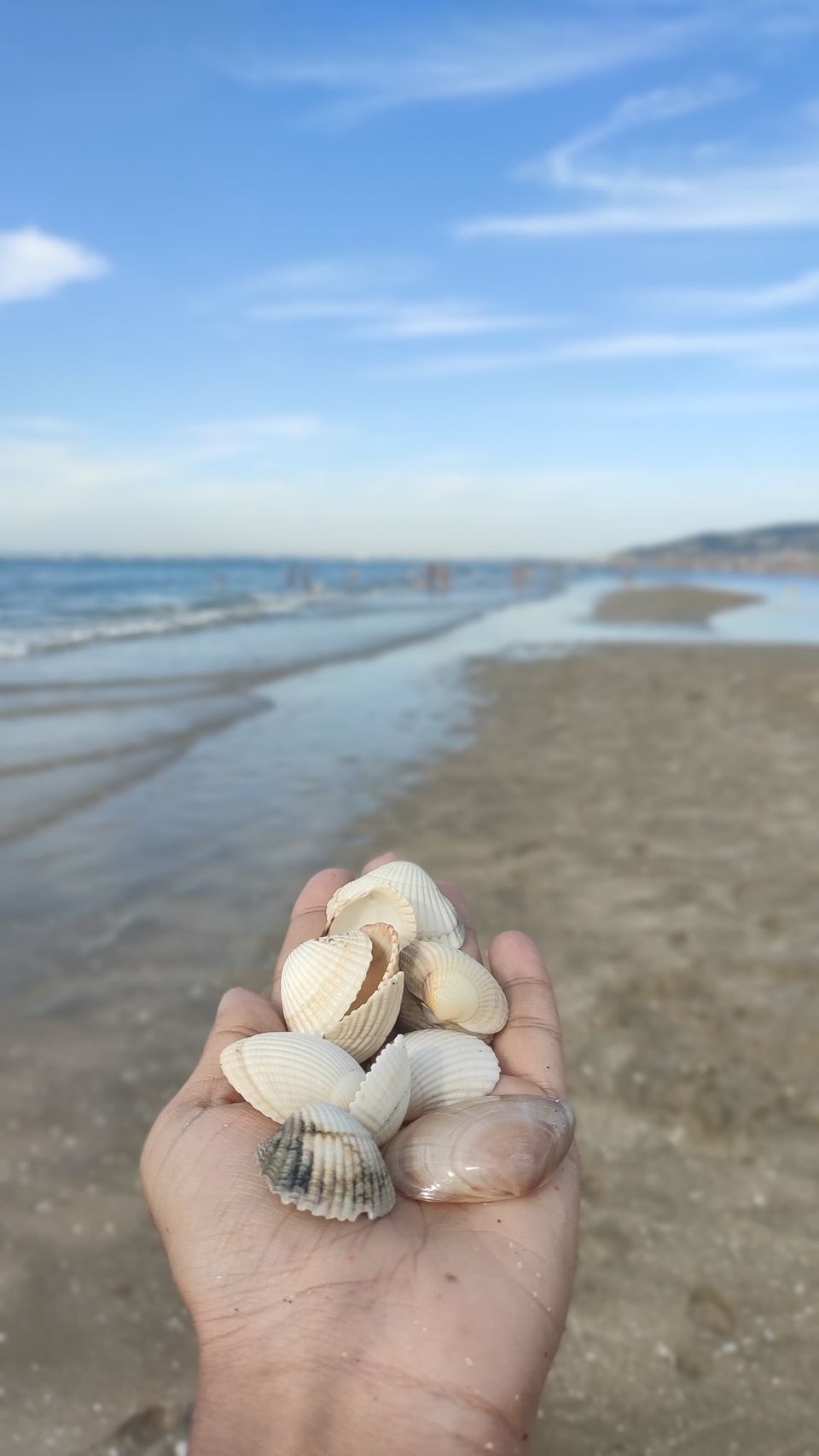 More of the play with the sand and seashells! 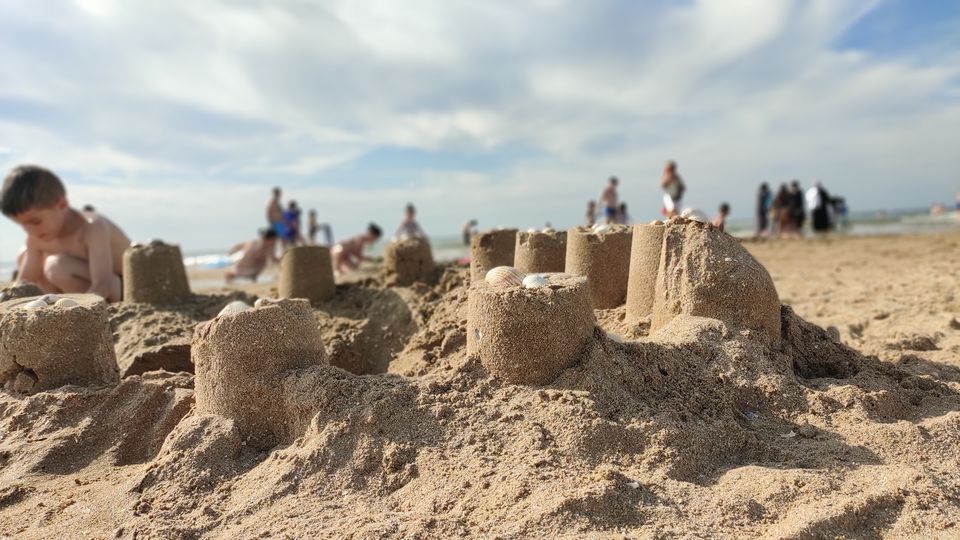 Around 12:00 in Night, while I was strolling around the beach, I was pleased to see that several cafes there were still open and offered food along with good music, lighting and seating arrangement at nominal prices. Well maintained shower rooms, super clean golden hued soft sand, mermaid shaped benches, tonnes of seashells, clear blue ocean, beautiful picturesque homes, and rocks and greenery along the beachside were the other significant things that totally won my heart. Around 1:00 a.m. I had dinner at the restaurent nearby.

Literally ran at the 1.5km long port to get to the beach.! 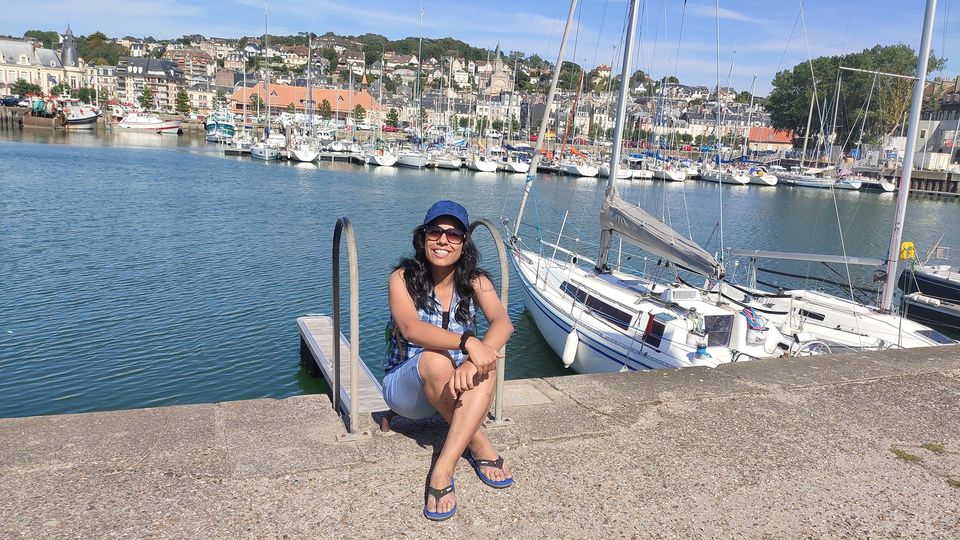 I was still high on enthusiasm and now I wanted to make an attempt at hitchhiking. So I requested the same restaurent staff for a big napkin (thankfully they had real good quality napkins on which one can scribble something with pen without ripping it off). I wrote "Pour Paris" (meaning : For Paris) in big font on napkin and stood at a roundabout for nearly an hour but unfortunately I found no ride.

High on enthusiasm, every single day! 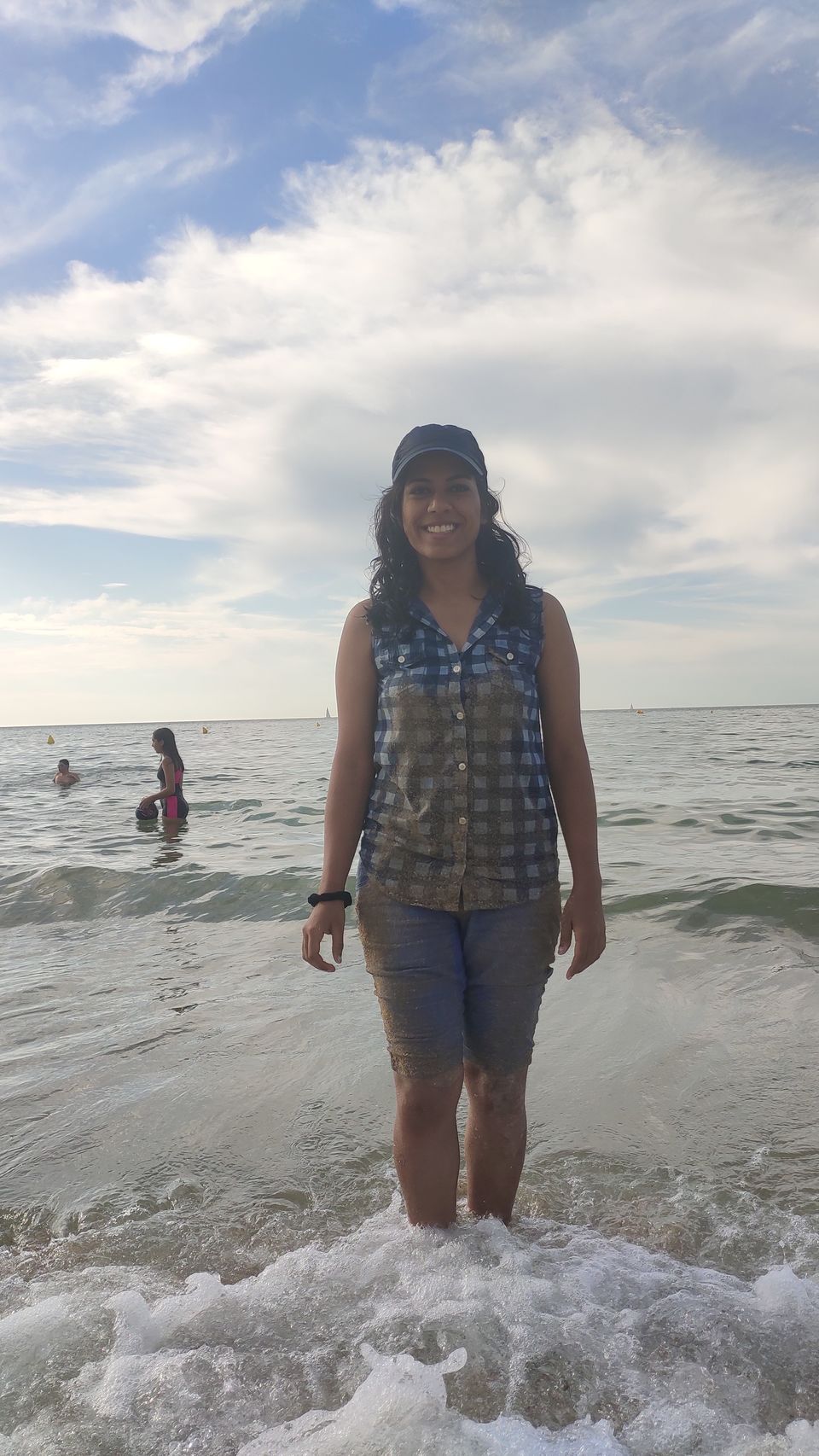 So I thought I would spend sometime in a casino till 3:00 a.m. instead of looking for a hotel because I wanted to see more and socialize more and honestly I just couldn't have enough of Normandy even by then, I wanted to soak up more! But this classmate of mine didn't seem very happy with the idea and he started looking for hotel availability/prices rather for a stay. But I kept strolling and observed that few other tourists and localites were sitting and chatting outside the train station alongwith their luggages. It was a well lit up and seemingly secured spot. So My gut told me that I should spend sometime there conversing with people. Again, my classmate couldn't appreciate the Idea but I couldn't dare to go against my gut!

picturesque homes at the beach! 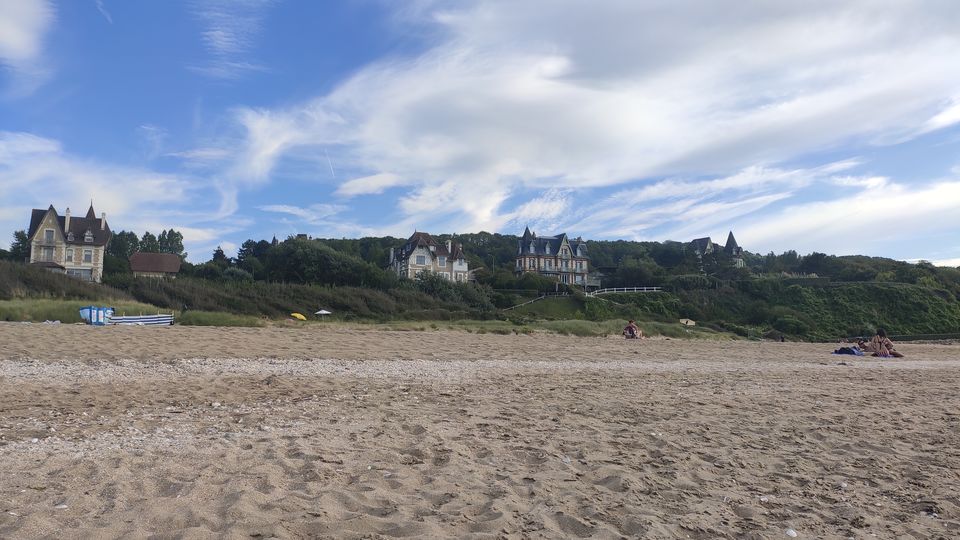 The next 3 hours just flew by before I even realised! One localite among them even treated me and my classmate with morning tea at a cafe before we departed for Paris by train at 6:00 a.m. ☺ Have a look at few more pictures of this gorgeous beach and surroundings!

If you are going with kids there, they wont experience even a single dull moment there :) 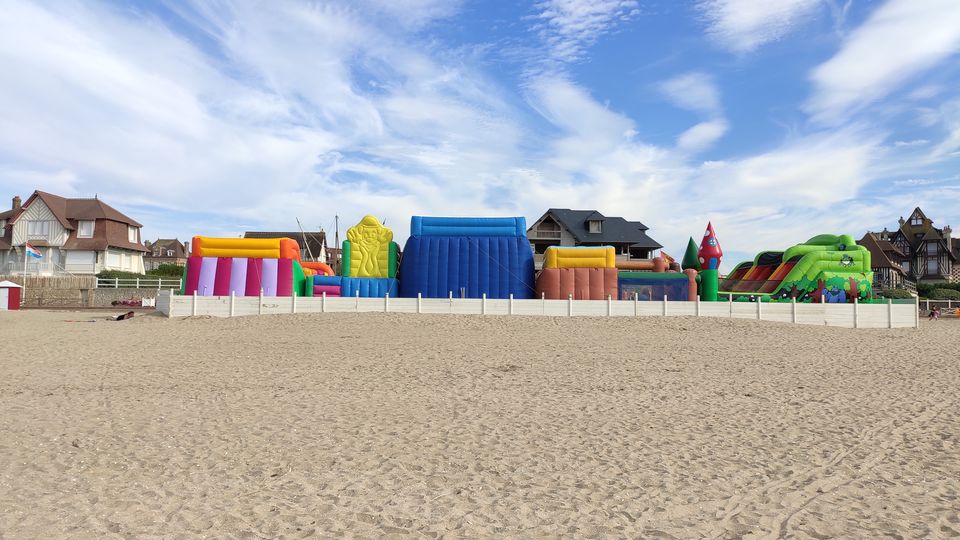 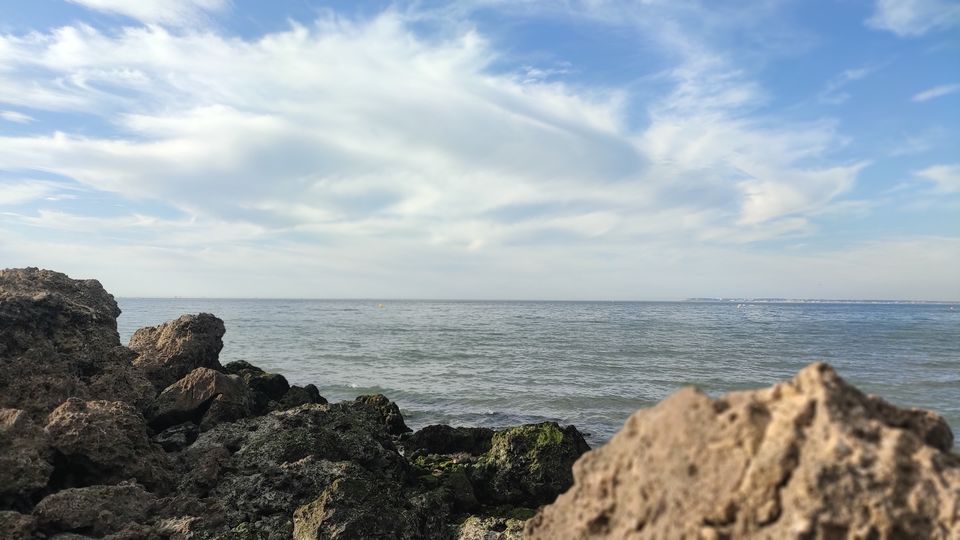 While I disconnected myself for few hours from everything and everyone else in the world! 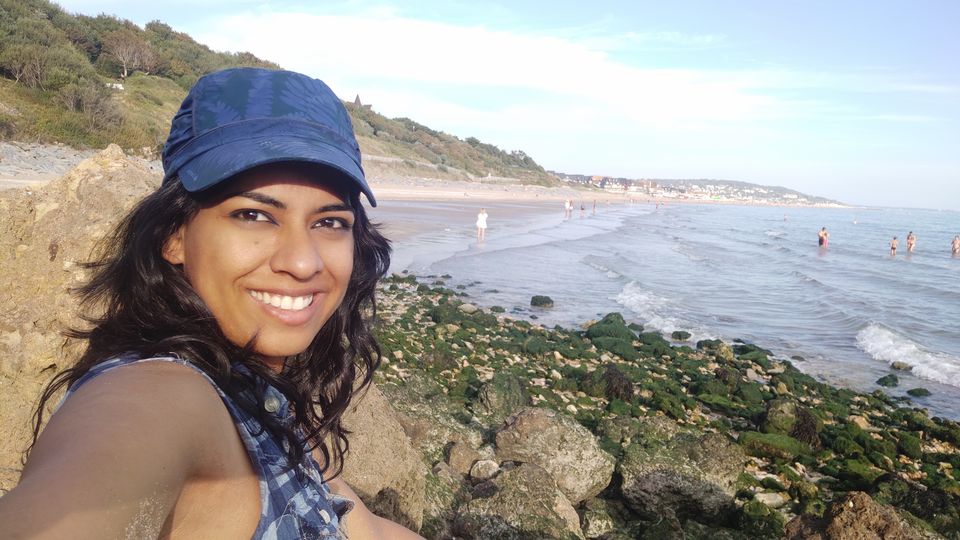 Another shot of the beach. Wanted to capture every nanosecond of my time here in my came 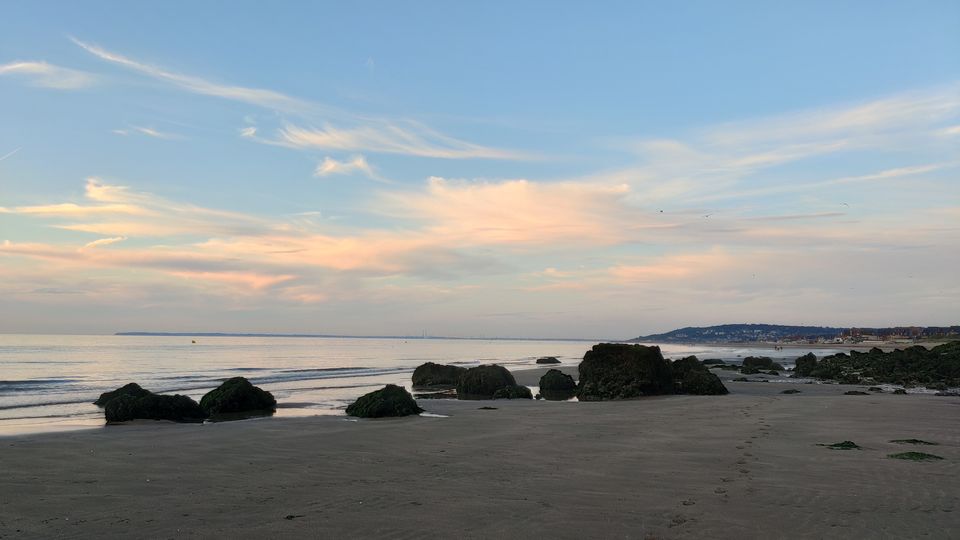 Thats what they call Paris :D 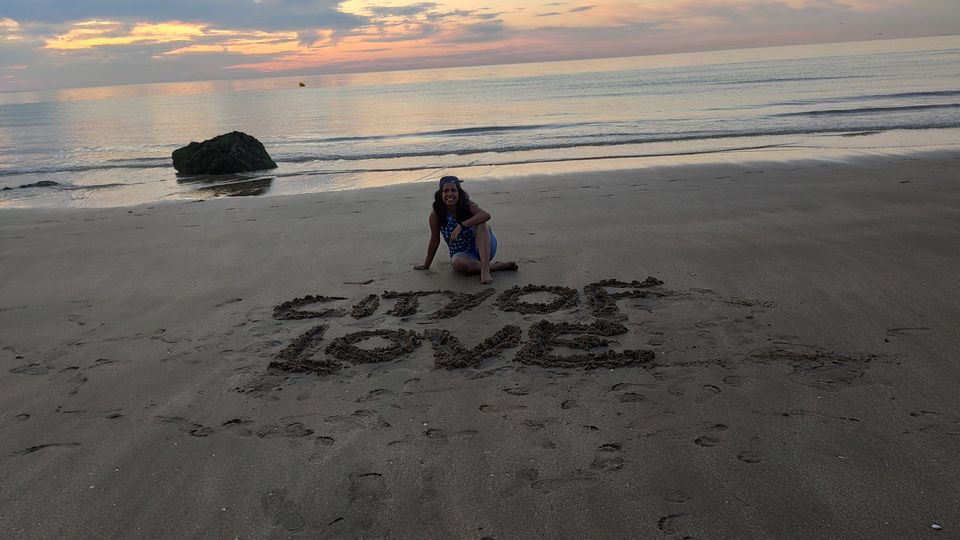 So that brings me to an end of this beautiful trip. What made me even happier is the fact that this classmate of mine confessed by the end of trip that he had a different kind of experience as he tried all those things (usage of tissue paper to request a ride, attempt for hitchhike, spending night conversing with tourists/localites at the open air rest joint, long walk on the beach) for the first time.

Can there be any feeling more satisfying than being able to make somebody's trip a memorable one? I can't think of any!

Also, this triggers a question in my head - Do you (read all solo travellers) get filled up with Joy when somebody asks you to join you on your trip or you rather get apprehensive?