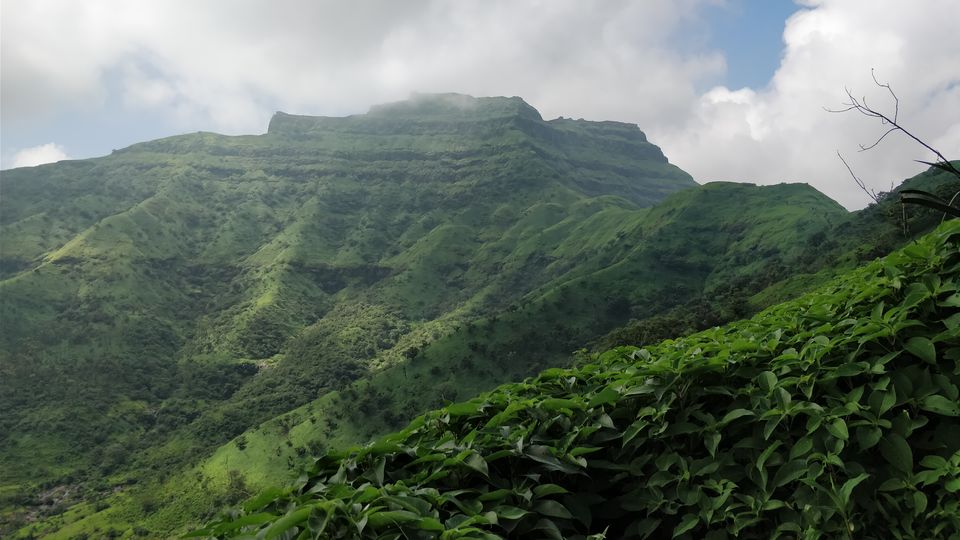 Torna fort was the first fort captured by Chhatrapati Shivaji at the age of 16 in the year 1646 and was centre to the Maratha empire.

It is located at an elevation of 1403 m, making it one of the highest forts in Maharashtra and the highest in Pune district.

The trek to Torna fort begins from Velhe village, beyond which vehicles are allowed upto a certain point, from where the actual trek begins.

This trek is not for the faint-hearted and is rated Medium on the level of difficulty.

The trek should normally commence early in the morning and it normally takes around 2 hours to reach the top. Trekkers come across a waterfall along the trek, which is flowing majestically during the monsoon which is when I visited.

Once at the top of the fort, the view is simply breathtaking. Lush green hills, waterfalls, vast green fields... The fort also overlooks a massive reservoir and a dam.

There is ample space at the top of the fort to have a quick snack (carried along). Locals also sell food products along the trek.

The best time for a trek to Torna fort is from September to December.

It is located at an approximate distance of 52 km from Pune.

Carry along a good camera as the views along the trek and from the top of the fort are simply awesome.

My trip started with a group of friends leaving Pune at 7am to reach the Velhe village around 9am after a quick breakfast on the way.

The cab dropped us at a point on the foothills of the fort, beyond which vehicles were not permitted.
The weather was clear when we started the trek. We had taken extra clothes, some snacks, a camera and water along with us.
The trek seemed easy at the beginning as the path was smooth terrain meandering amidst the shrubbery with a hill on one side and a valley on the other side.
It took us around 45 minutes to reach a viewpoint midway, where we took a brief stopover for resting and taking some pictures. That viewpoint offered a wonderful view-the fort atop a hill ahead, valley and villages on one side and a dam and lake on the other side. It is from this viewpoint that the actual trek on the hill to the fort actually begins and gets steeper with a rocky terrain.
It took us quite some time to negotiate the steep terrain until we reached a waterfall for another short break.
After soaking in some water, we resumed our trek to proceed on to the steepest part, which at a place had railings provided to assist the trekkers.
Finally, we reached one of the entry gates to the fort and took a short refreshment break, treating ourselves to lemonade sold by a local woman there.
Entering into the fort, we wandered around the massive fort and walked along the walls of the fort till we reached a viewpoint from where the entire surrounding region was visible along with another nearby fort. The view was simply spectacular with lush greenery almost everywhere because of the peak monsoon season.
After having taking enough pictures and having toured enough of the fort, we had some snacks at an under-construction building in the fort and then relaxed for a while. Meanwhile, the weather had also slowly turned cloudy and it was around lunchtime.
We soon started the descend and found it equally challenging.
We reached our vehicle around 4pm and then headed back to Velhe village for some snacks before commencing our return journey to Pune.