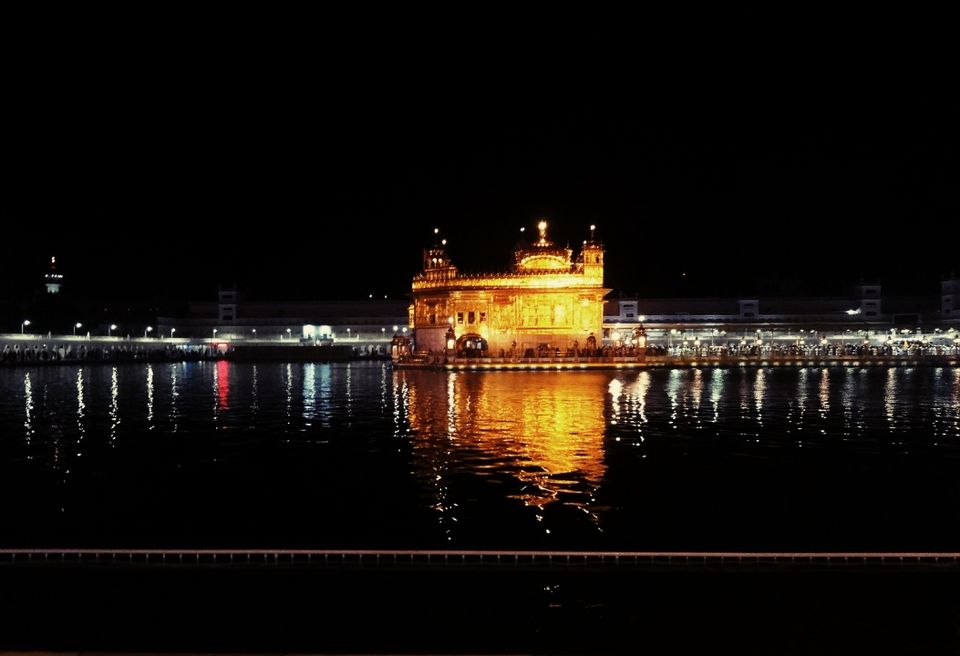 Continuing my pilgrimage from the Mata Vaishno Devi temple in Jammu, I headed towards the holy city of India- Amritsar.

Covering a distance of 5 hrs from Katra, Jammu, I checked in at a hotel close to Golden temple. To my surprise, what I witnessed was something that already made me feel optimistic about the rest of the journey. While I was entering the lane of my hotel, I saw a man in a car who is in his early 80’s seemed like a monk and then soon I realised, it was the Great Dalai Lama. Getting a glimpse of him was an inexplicable feeling.

I checked in at the hotel at around 12:30 PM. Since the Golden temple was just a few steps away from my hotel, I made a slight change in my itinerary. I decided to make the first visit to Wagah border to witness the evening parade. So, I booked a cab and headed towards the Wagah border at 2:30 PM. It took me around 45 mins to reach the desired destination. Though the parade starts at 6:30 PM but the gate opens at around 3 PM so that the audience can find themselves a seat that gives them a good view of the parade. With mercury level rising, I ensured that I don’t suffer dehydration and also to beat the scorching heat, I rented an umbrella and bought a hand fan to keep me cool.

By the time, I found a space for myself and got settled, it was 4:30 PM. Still, 2 hours to go. Unable to bear the heat anymore, I almost made up mind to leave the venue when all of a sudden; the authority played one of the patriotic Hindi songs of the 60’s era which instantly evoked patriotism in me giving me goosebumps and the voice of the crowd prevented me from making an exit.

The patriotic songs, the increasing high pitch of the audience shouting at the top of their voice “Hindustan Zindabad”; “Bharat Mata Ki Jai”; “Vande Mataram” whereas on the other side of the border crowd cheered “Pakistan Zindabad” was not less than watching a movie.

The synchronised march of the Jawans, the angry gaze they give to the other side of the jawans and the rising of the flag of both the countries left a lasting impression on me.

Soon, I found my passage back to the hotel and rested for overnight. Next day at around 3:30 AM, I stepped into the mesmerizing Golden Temple, also, known as Sri Harmandir Sahib (The abode of God). The sun had not risen yet and hence the entire temple was still lit. It was indeed a treat to your eyes to view the well lit Golden temple as its reflection fell on the Sarovar sacred pool.

I took a dip into the holy pool and to my surprise the water was warm. Dipping into the water made me felt as if I have been purified and could feel the divinity in me.

I could see devotees all over the place. Some could be seen finding solace chanting the lines from the Guru Granth, whereas some followed the crowded queue inside the Golden temple. Everybody devotee worshiped in their own manner.

Thus my pilgrimage came to an end, leaving a lasting effect on me. 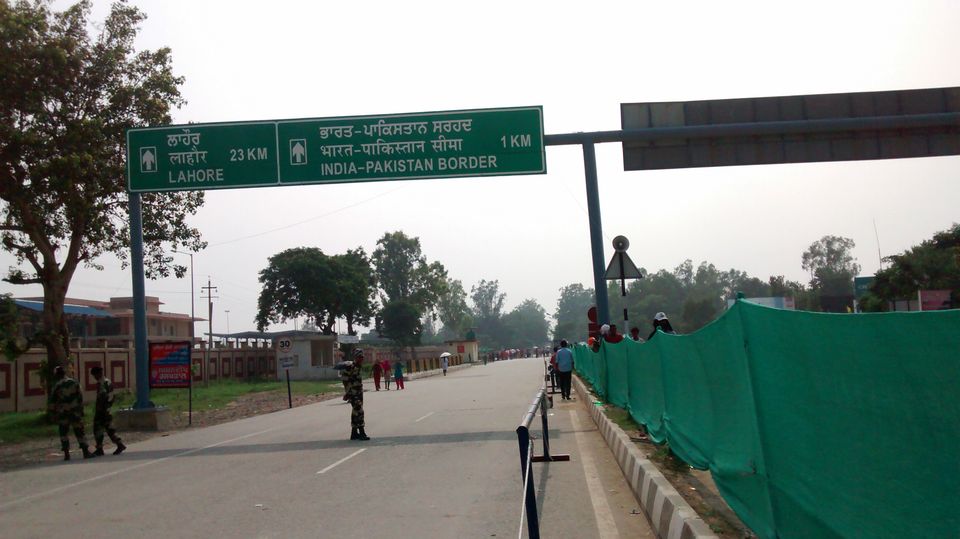 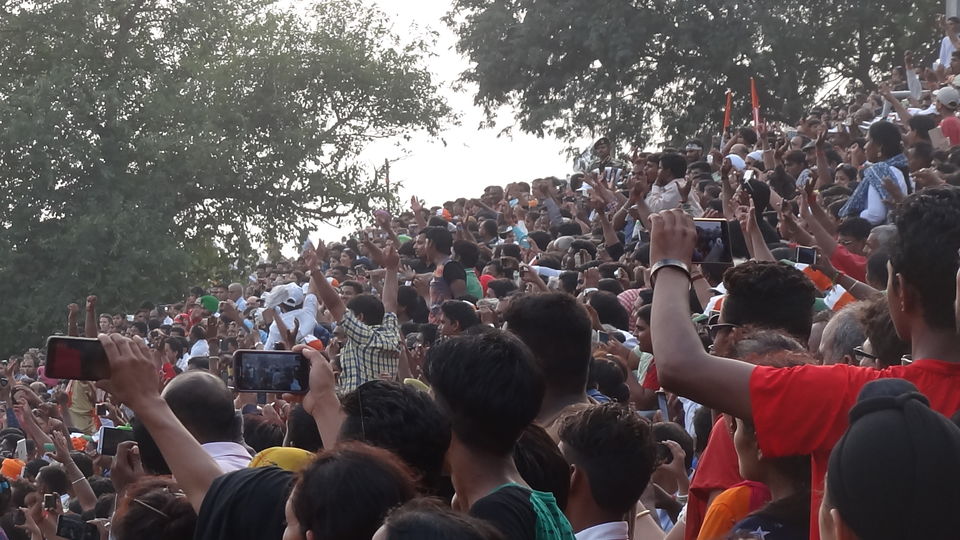 On the way to Amritsar 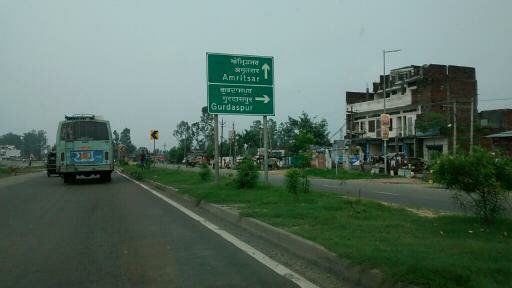 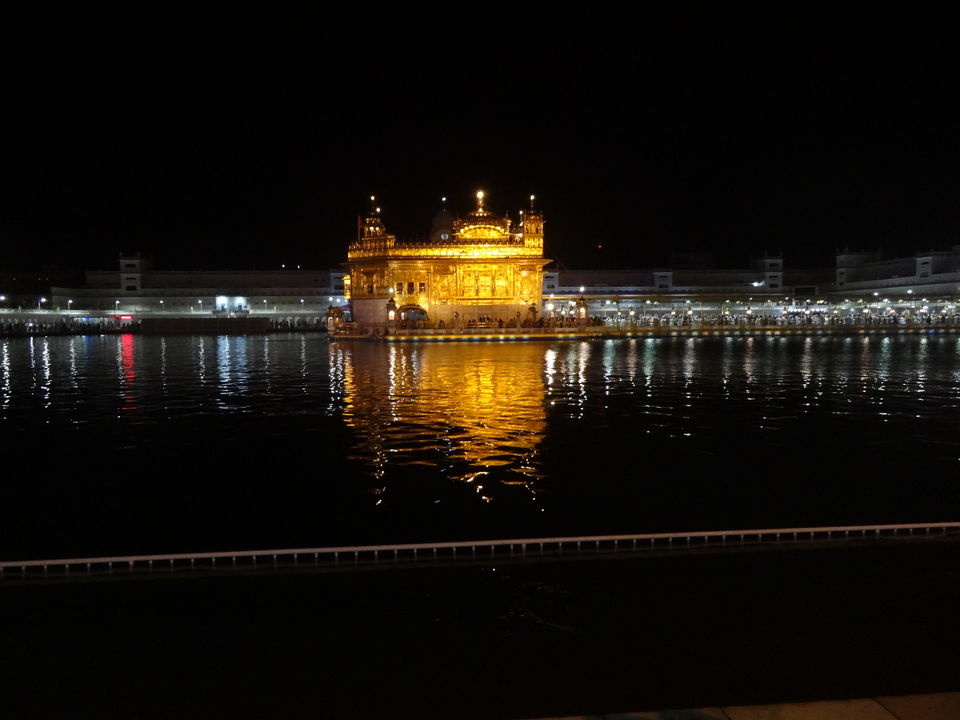