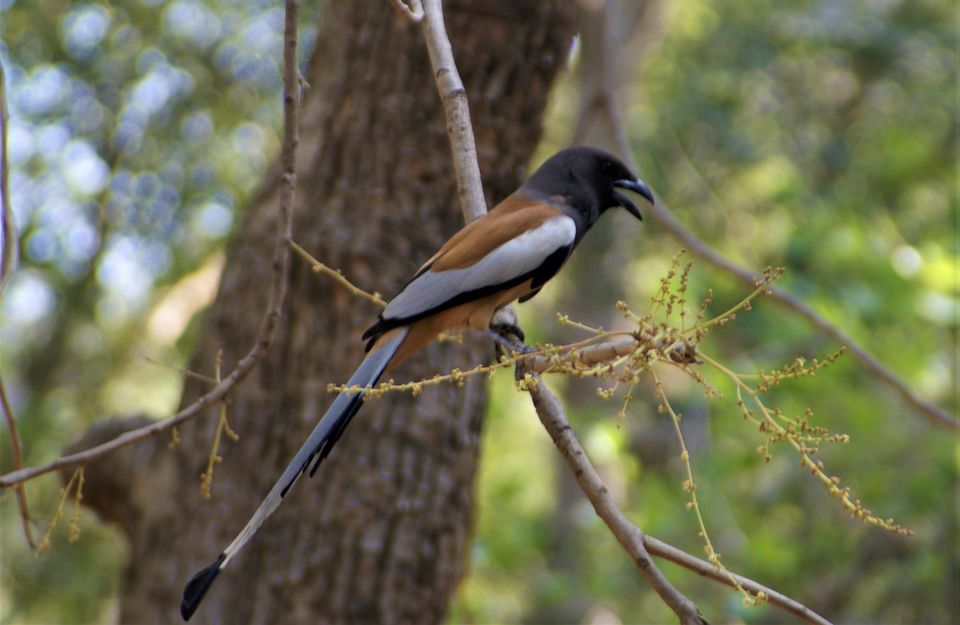 Hi, I have been named T 74 by the two legged beings.

AK and N made a plan to come visit me and my brethren at Ranthambore National Park in the May of 2015. But, as all else in their lives, every piece of the story had intense drama, comedy and suspense.

Let me start with the day one. This was the day they drove down from Gurgaon. They woke up at 4:30 am and got dressed for the seven hour drive. On getting ready before they left the house, they posed a deep question to one another. "Should we really go?", they pondered. Well, AK was coming down with a viral infection and had to drive all the way and back, plus spotting me and my fellows is full of hard work. They gave it a thought or two, and started off the journey at the end of which, I was waiting patiently for them. After a brief stop at a road side dhaba (They forgot from their earlier trip that the dhabas in Rajasthan do not serve great paranthas), they reached the hotel well in time for a quick meal, rest and the afternoon safari. They made all the right sounds about how beautiful the forest was and how pretty the billion and one sambhar deers, spotted deers, wild boars, peacocks/peahens, monkeys et al were, but they were praying with all their hearts to get a peek of me. I am the God in this part of the world, and I decided to make their wish come true. I posed while I sat in the water, sun-bathed and yawned... and also showed them my kill of the week. I posed eating the kill. I think they loved it, apart from the other sights in my forest such as dancing peacocks, crocodiles, turtles, monitor lizards... Actually, I think the monitor lizard creeped out N a bit, because it was caught eating a parakeet’s eggs in its nest. The parrot’s friends tried to drag the lizzie out of the nest by pulling at its tail but were too scared to try more than once.

Day two - Both of them were so excited about their luck on their first safari in Ranthambore, they booked themselves on two safaris scheduled for the second day - morning and afternoon safari. The safaris mean twenty odd people in a rickety half truck in an adventure ride through the forest roads. This time they wished to hear a roar or watch me make a kill. Limit, I think. Such greed will not get rewarded, I say, and hence I did not make an appearance. They had to make do with my lovely forest full of beautiful birds and animals. I think I should keep something for their next visit. So long! 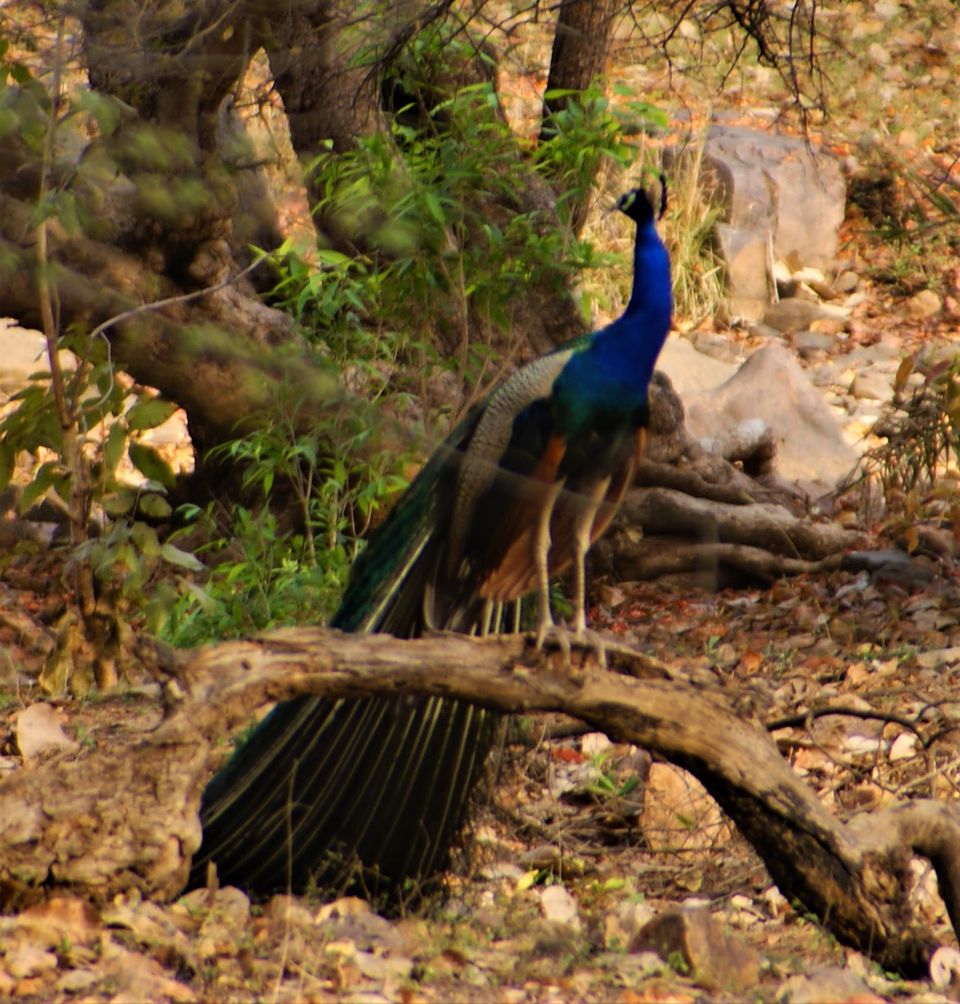 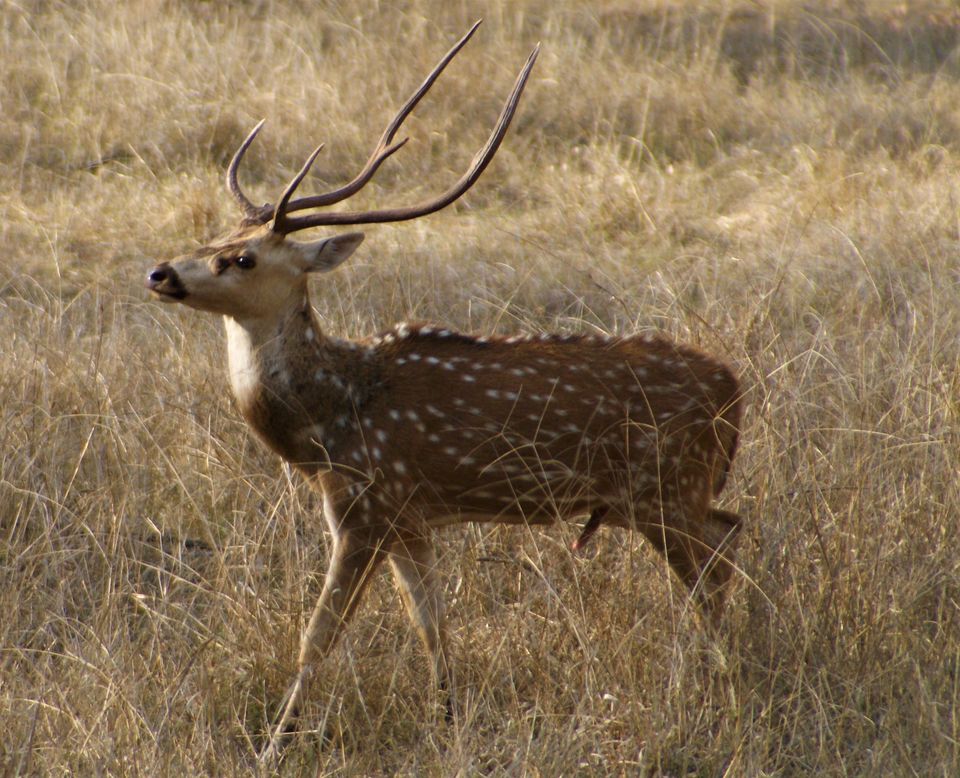