AN ORDEAL WITH A LIFE SAVER GIANT! 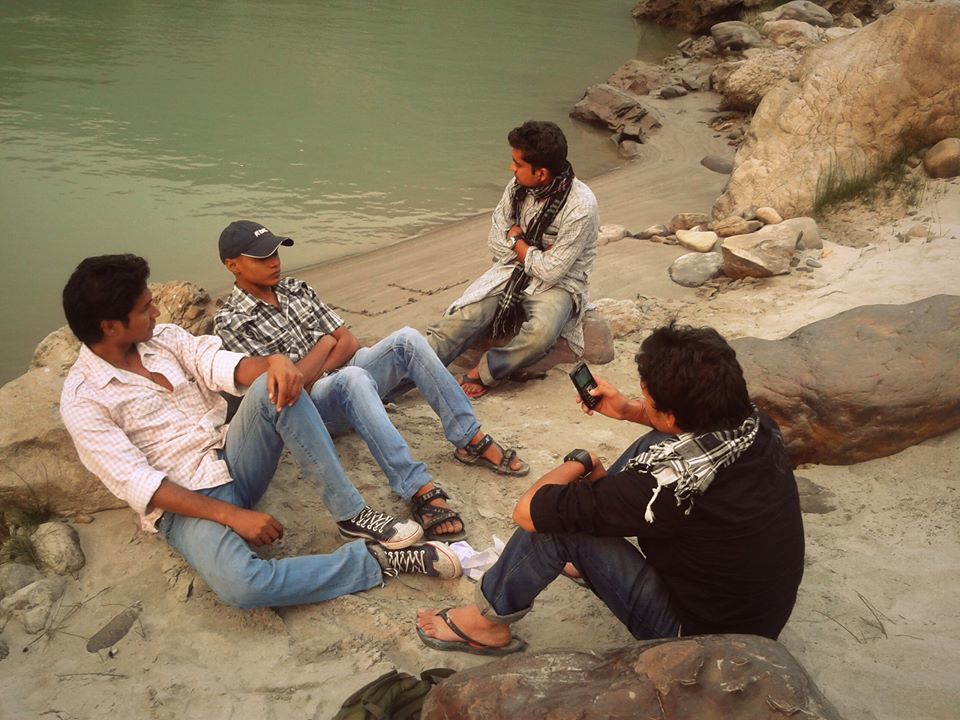 Most people understand they might die of old age. But I don’t think there are many people who imagine they might be crushed to death by an elephant.

In my eight years of exploring India as an adult, I have had some close encounters with various wild animals but the incident with a wild tusker elephant in the foothills forest of Rishikesh was the most scariest experience of my life till now. It was a road trip from Delhi in 2012, with four of my friends we started our trip from Delhi in a Honda city car. Our plan was to stay in Rishikesh for two days exploring the cafes & people and to just chill on the beach of river Ganges. It was all happening as per our plan but what I have learnt from my past experiences is that all journeys have secret destinations of which the traveler is unaware. We enjoyed to the fullest and were sitting at one of our favorite cafe at Laxman Jhula on the last night of our trip and planning to move towards our hotel. To add a little adventure one of my friend suggested that we can also take the road via Bairaj Dam as the whole 18-20 KM stretch is surrounded by Raja Ji National park and we might be able to see some animals on our way back. We all agreed and left the cafe and started toward our hotel, as we were crossing the forest area we saw a deer disappearing in the woods, we were thrilled and expecting to see some more animals. Soon our expectation turns into reality as barely after 5 km we stopped dead in our car on hearing the trumpet of a tusker, followed by sounds of branches being ripped from trees and hurled to the ground with loud thuds. We immediately sensed that we were in the path of an angry tusker and the wind must have carried our scent to him as it left the branch and started staring at our car. We have stopped the engine, head lights and we all were shivering inside the vehicle. Its long tusks were the only thing visible in the dead of the night and they were giving us goosebumps. Suddenly it took a run towards our car and my first instinct told me that we are going to die now. It came closer to our car & started sniffing first on the bonnet then on the wing mirrors and inside five lives were constantly shivering & praying to the Lord to give them a second chance. May be the Lord heard our prayers as after investigating our vehicle for good half an hour it started walking towards the trees. we took a breath of relief and started planning our next action. But every one of us was as numb as a statue so we waited there for the elephant to disappear in the forest. After waiting another half an hour we decided to move forward as there was no point going back because elephants usually roam in herds and we don’t want to encounter anymore of them. Just moving 500 meters ahead we found it again on the turn with a branch in its 5 foot tusks. But this time it ignored us may be it thought we will not provide any harm to it and kept busy in chewing its branch, so we started the car very slowly & crossed the beast and as soon we have gone ahead of it we raced the engine as fast as we can in order to cross this patch and to reach safe in our hotel. Fortunately we did not meet any other of its friends further and soon we crossed the forest area and reached at the check post. After reaching there the police men told us that we have violated the rule as this road gets blocked after 7 PM as this was an elephant prone area and was ready to put a fine on us. But when he listened to our story at first he didn’t believed us as from his past experience no one who has encountered with an tusker in this region has lived to tell the tale. But soon after seeing the horror on our faces he understood that we are telling the truth and let us go.

This ordeal taught me one great lesson that will stay with me till the end of my days that at any given moment, life can surprise us with another chance, giving as the possibility to try something one more time, to recreate ourselves anew and to start again. The problem is that either we miss that chance by remaining attached to a past failure, to a story without a happy ending, or because we consciously deny accepting that chance, condemning ourselves to a life of failure. As always, life is made up of choices, and our success depends on seizing the chances that life gives us.

A little tribute we gave to our life saver friend: