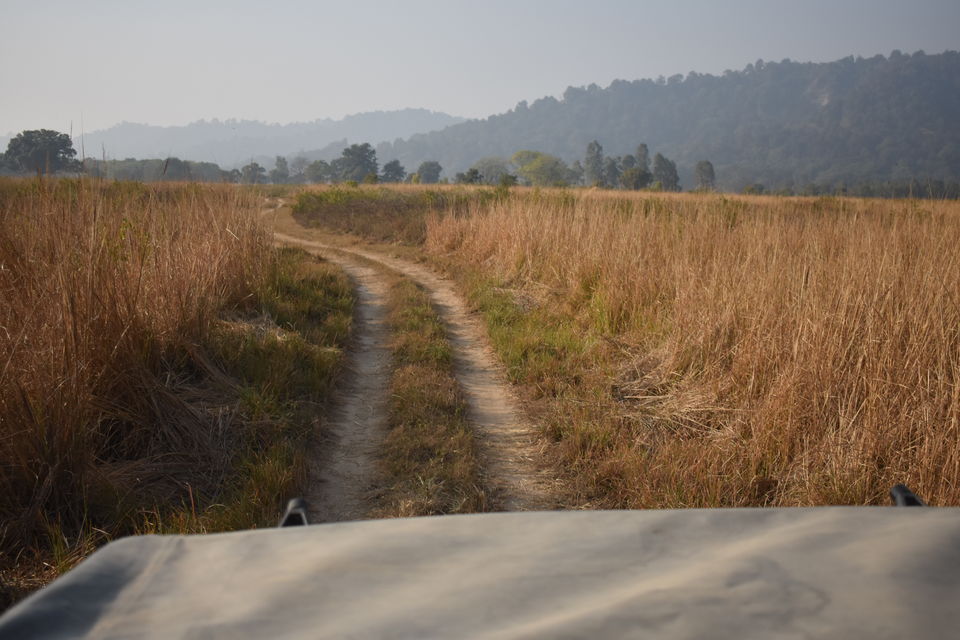 It was our third trip to Jim Corbett , in comparison to our last two trips in which we have seen just antelopes we have never thought it would be that exciting.

It was a christmas long weekend and the foggy morning was expected ,so we have started from Delhi around 8 in the morning. We have taken a route Delhi - Moradabad - Kashipur-Ramnagar and took our first halt at Moga Dhaba near Gajraula.

There we had some Paranthas and Chai which seems delicious in the winter chilly morning.

This time we have booked a Govt. Guest House in Mohaan which is 20 kms from Ramnagar. We have reached the guest house around 3:30 PM. This guest house has 5 cottages nestled under the buffer area of Jim Corbett.

In the evening we had our snacks (Pakoras) and chai , night seems to be fallen very early around 6PM there was a complete darkness everywhere and the screeching of Monkeys has started.

Bonfire has started in front of our cottage so that the wild animals will stay away from our cottage. 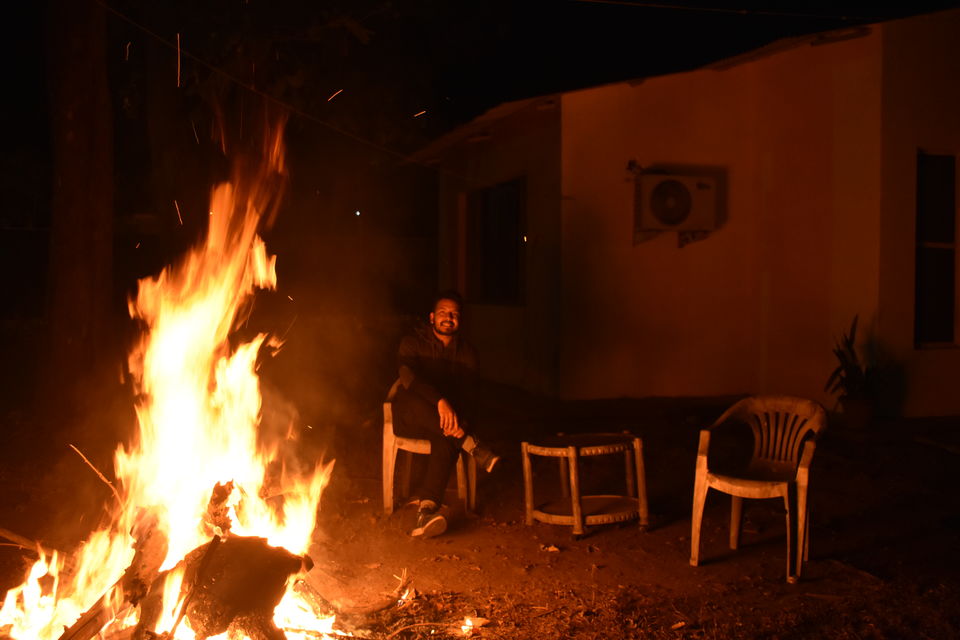 There was another man who seems to be a wildlife lover roaming here and there with a big torch and focus the light in the jungle.

After some time howling voice of antelopes started coming from the jungle and that man with the torch throw the light on them. He understood there is some danger and antelopes are giving signal to us.

After some time when we were sitting in front of the bonfire we heard some noise from the branches of trees above us and that man with a torch through the light on us. We instantly stood up and walk towards that man he told us that the leopard was there behind us. As soon as we heard this we started shivering.

After that we went inside our cottage and locked all the doors tightly.

It was around 1 AM when were in sleep we heard the thumping sound on our door 2-3 times and the monkeys were screeching on the roof of our cottage. We had a goosebumps and started shivering , then we made a call to the caretaker 2-3 times but he didn't pick the phone in the night.

After sometime we heard the growling sound outside our cottage. Now we were sure that the leopard is roaming just outside our cottage , we instantly turn off all the lights and put on the curtains on the window. And quietly watched outside from the window , it was all darkness so we were not able to see the big cat. The entire night we were not able to sleep and was listening the growling voice of leopard and screeching voice of monkeys. We went outside our cottage at 7 in the morning and saw the muddy pug marks on our car then it was confirmed that leopard was there in the night and was looking for the prey.

It was a very horrible night , so we decided to change our guest house and decided to take the resort outside the jungle.

It was the night again around 8 PM when we were changing the guest house and going outside the jungle in our car , and to our another surprise there was a wild tusker standing in the middle of the road. It was around 13 feet high , we just stopped our car and turned off the headlights.

We just stayed calm and after half an hour he moved from the road then we took a sigh of relief and were able to go forward. 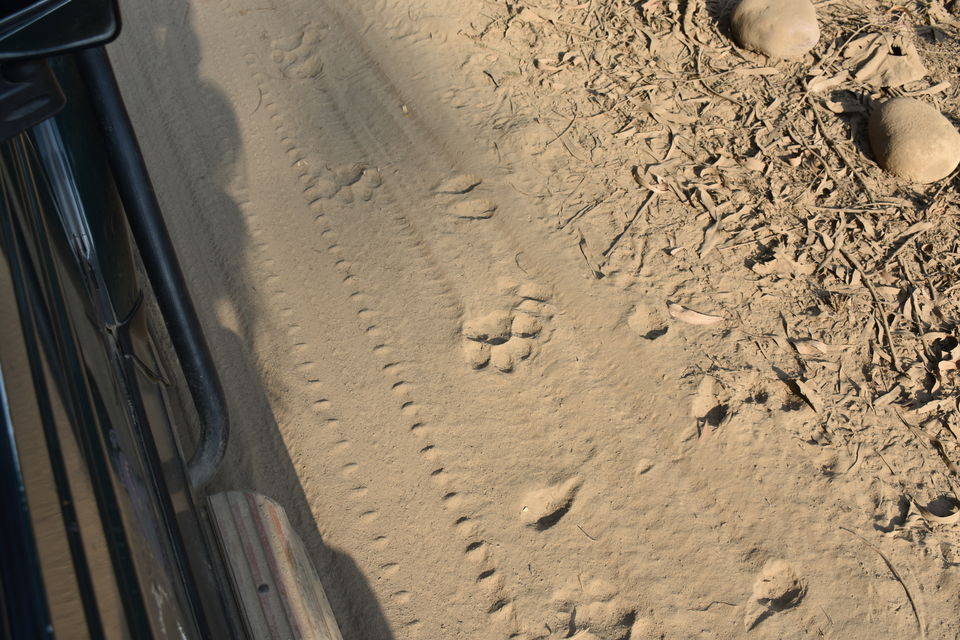 It was worth a trip to Jim Corbett and experience all the wildlife in its true sense.