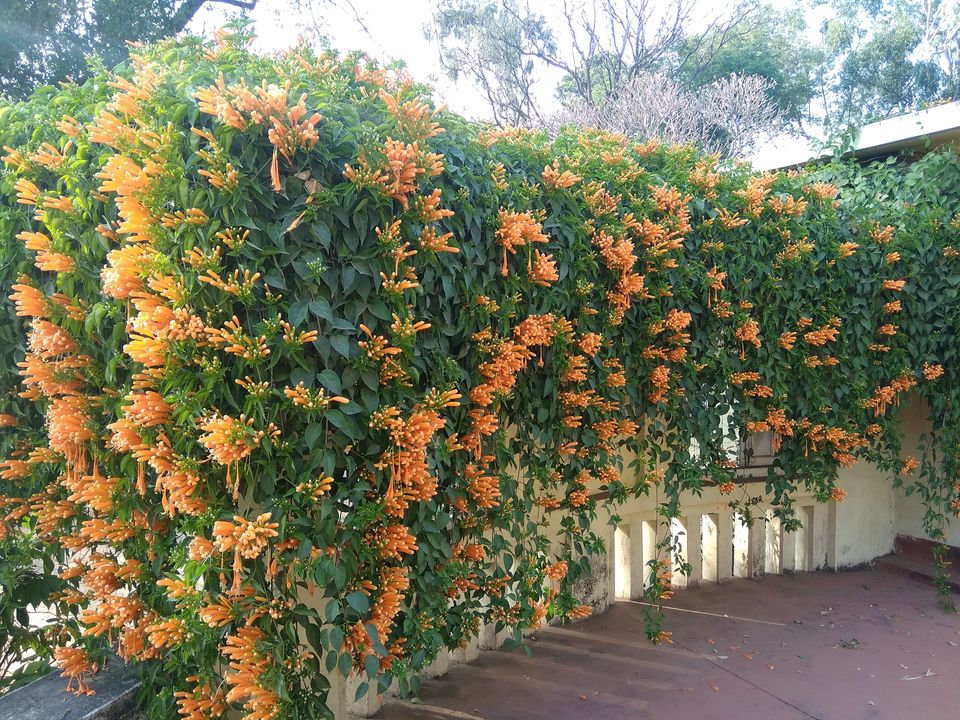 'SHE IS OUR own, the darling of our hearts, Santiniketan.

Our dreams are rocked in her arms.

Her face is a fresh wonder of love every time we see her,

for she is our own, the darling of our hearts.

In the shadows of her trees we meet

in the freedom of her open sky.

Her mornings come and her evenings

making us feel anew that she is our own, the darling of our hearts.

The stillness of her shades is stirred by the woodland whisper;

her amlaki groves are aquiver with the rapture of leaves.

She dwells in us and around us, however far we may wander.

She weaves our hearts in a song, making us one in music,

tuning our strings of love with her own fingers;

and we ever remember that she is our own, the darling of our hearts.'

In 1862, Maharishi Debendranath Tagore, father of Rabindranath, was taking a boat ride through Birbhum, the westernmost corner of Bengal, when he came across a landscape that struck him as the perfect place for meditation. Captivated by the kaleidoscopic beauty of the luxuriantly canopied chhatim trees and palm groves that offered shade in the rugged, red coloured terrain, he bought the large tract of land that had charmed him, built a small house and planted some saplings around it.

At that time, the area was called Bhubandanga after a local dacoit named Bhuban Dakat, but Debendranath Tagore decided to call the place Santiniketan, or the ‘abode of peace’, because of the serenity it brought to his soul. In 1863, he turned it into a spiritual centre where people from all religions, castes and creeds came and participated in meditation.

In the years that followed, Debendranath’s son Rabindranath went on to become one of the most formidable literary forces India has ever produced. As one of the earliest educators to think in terms of the global village, he envisioned an education that was deeply rooted in one’s immediate surroundings but connected to the cultures of the wider world.

With this in mind, on December 22, 1901, Rabindranath Tagore established an experimental school at Santiniketan with five students (including his eldest son) and an equal number of teachers. He originally named it Brahmacharya Ashram, in the tradition of ancient forest hermitages called tapoban.

On the first day of arrival we went out immediately for viswa bharati after checking in hotel, hired a toto  to reach that place.

Sonajhuri, the name comes from the numerous Sonajhuri trees, a part of the local flora that thrives happily in the iron-rich earth. The mela is an ideal village fair with local Santhal population bringing in handmade organic fabrics and ornaments mostly made from bamboos, scrap metals, beads of fruit-seeds, Dokra, Terracotta offering clever designs with necklaces,earrings, head bands, bracelets....fabrics bearing typical santiniketani art. It's known as the 'Sonibarer Haat', only on Saturday. So if anyone planning to visit the Land of Tagore, must not miss the haat of Saturday.

Kalamkari, Khesha and Batic designs...very ethnic and chic at the same time.One can also spot a lot of traditional music instruments, Ektara, Dotara and flute made of bamboos, wood and leaves selling. The "Bauls" (local musicians) were playing in the back ground, their simple lyrics explaining simple philosophies of life.One can spend hours in Sonajhuri exploring and indulging, enjoying the breeze rustling amidst the sky-high trees of the clean forest ground. 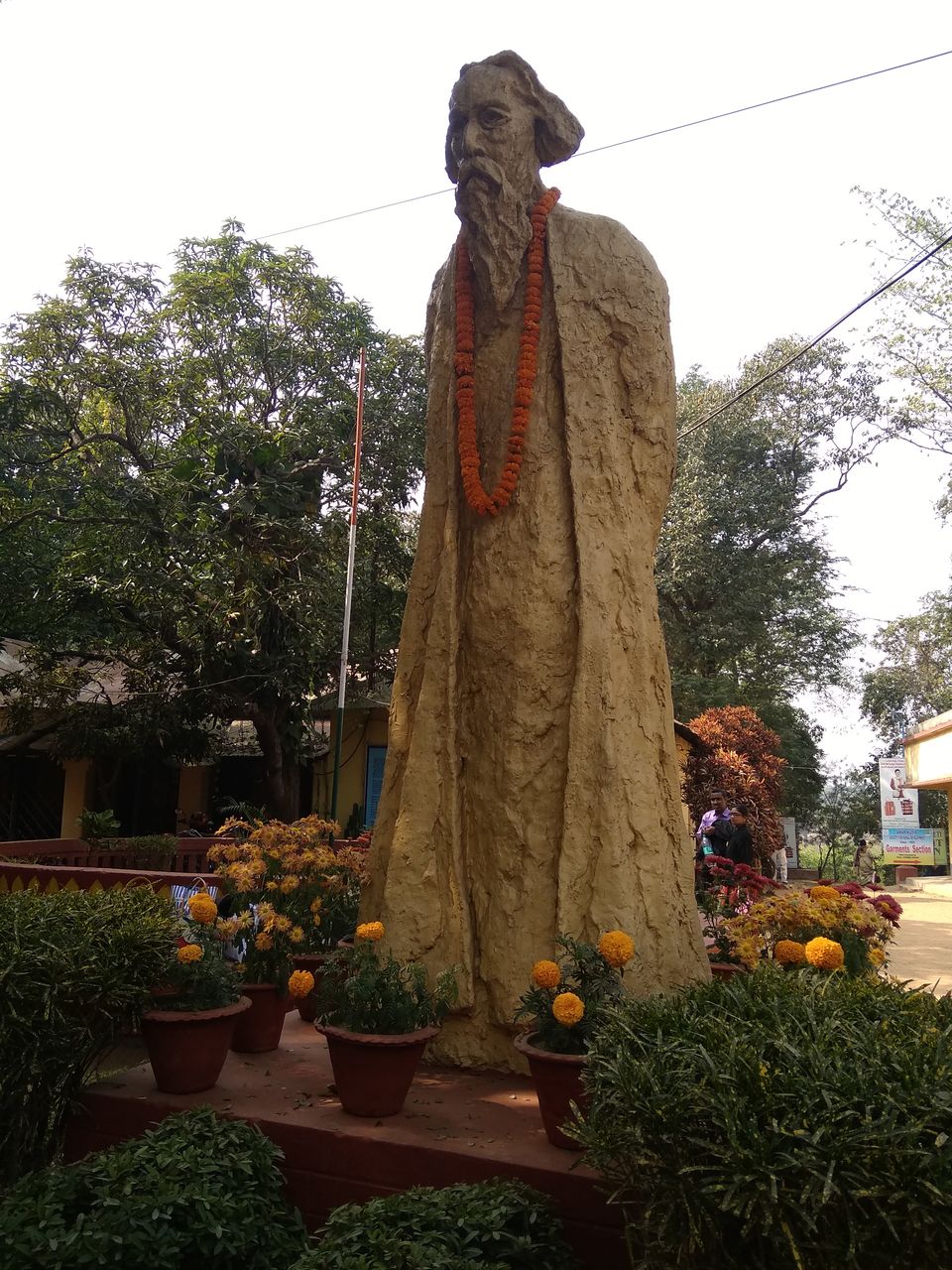 So coming back to our travel experience. It is around 3 hours journey by train from Kolkata. We booked our tickets for Maa Tara Express and we started our journey at 7 20 am in morning from Sealdah Station. We arrived at Santiniketan at around 10:45 am. From there we took toto (auto) and reached the hotel at around 11 pm. We actually started our exploration from the that day only. 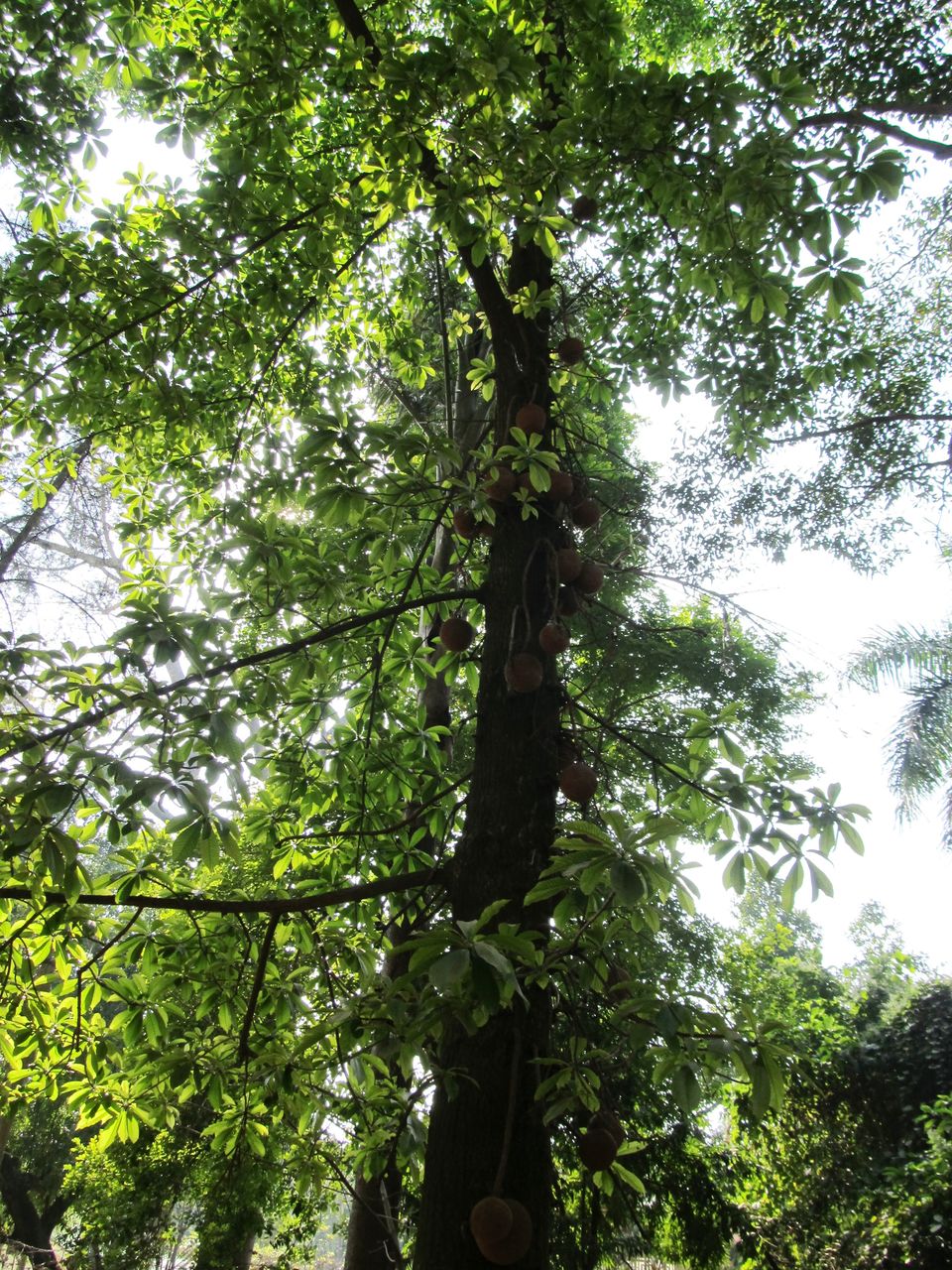 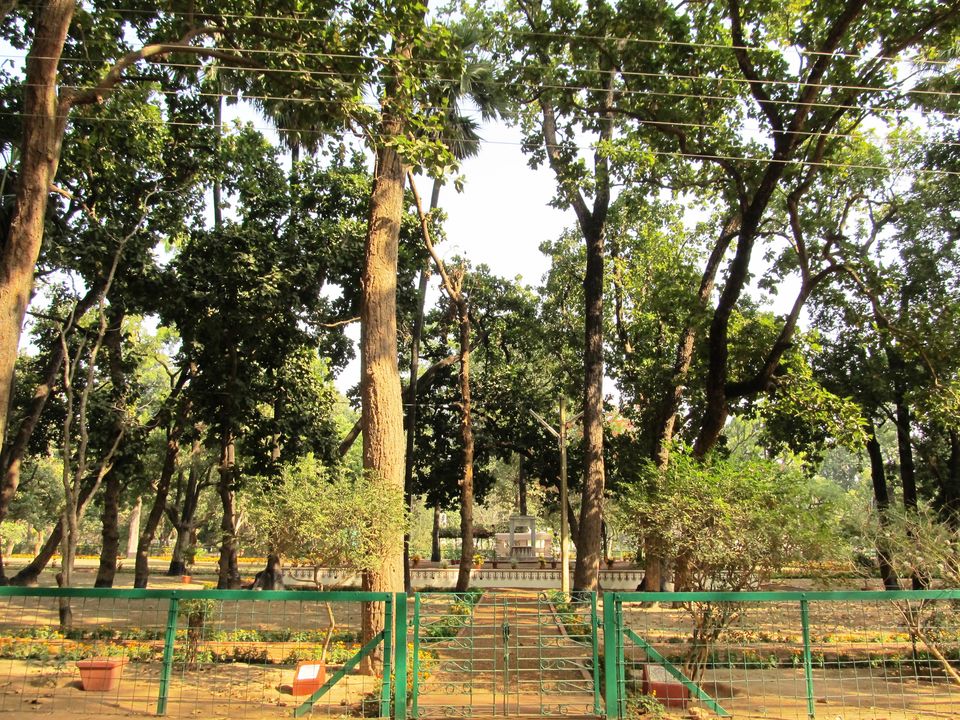 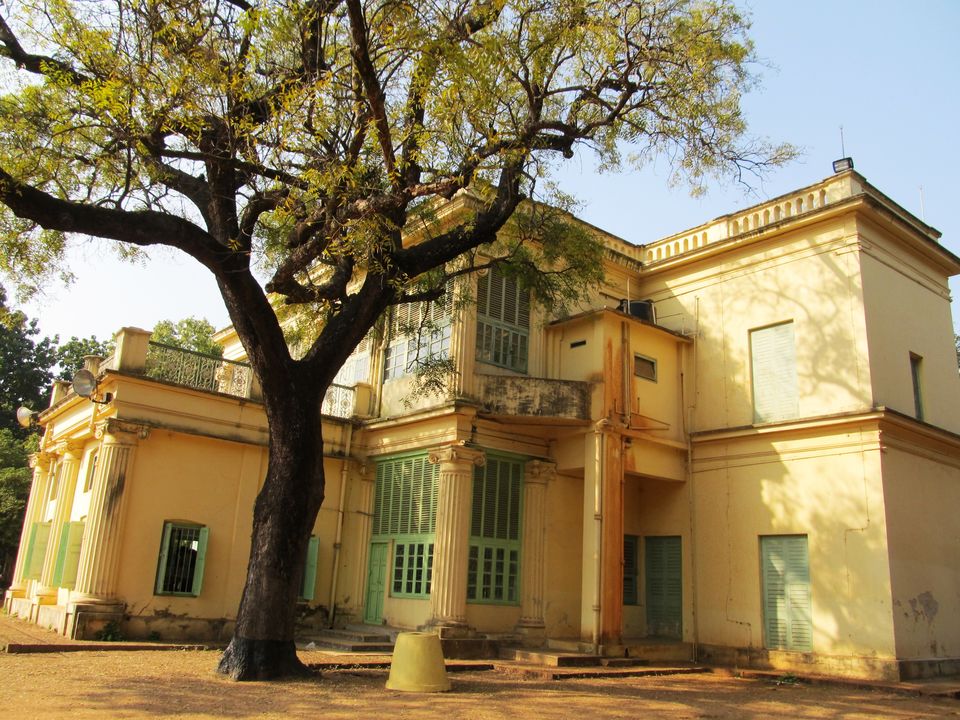 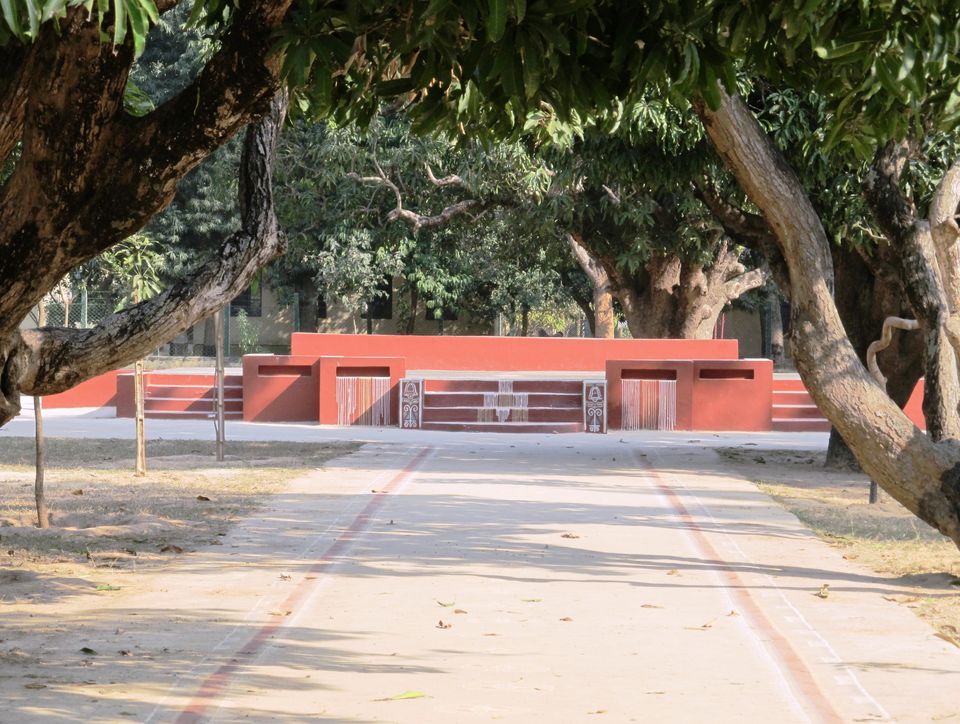 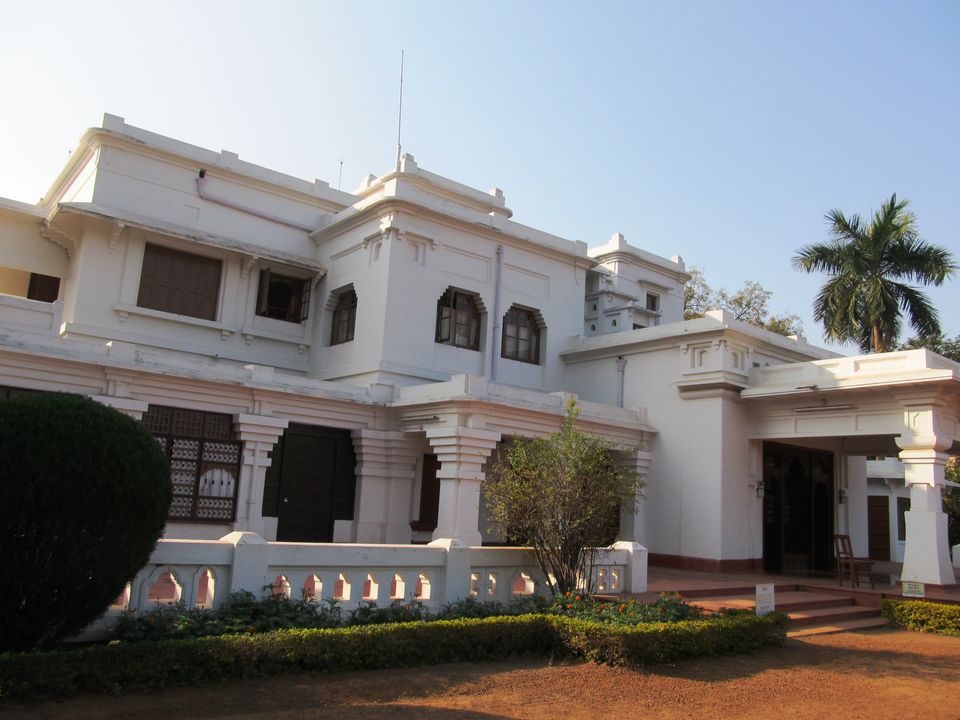 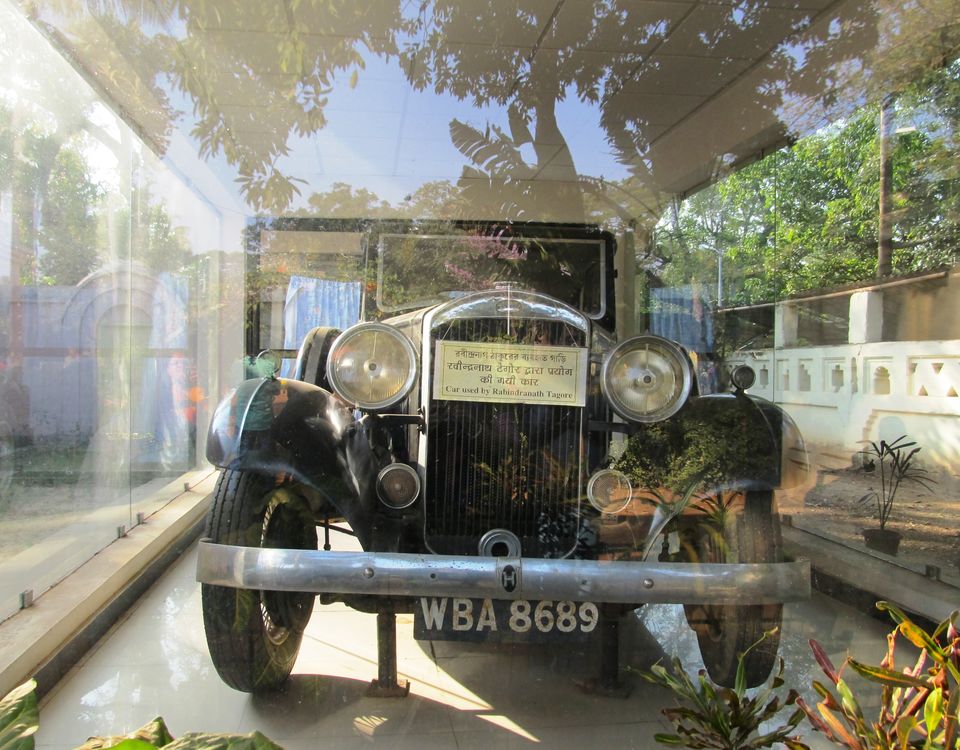 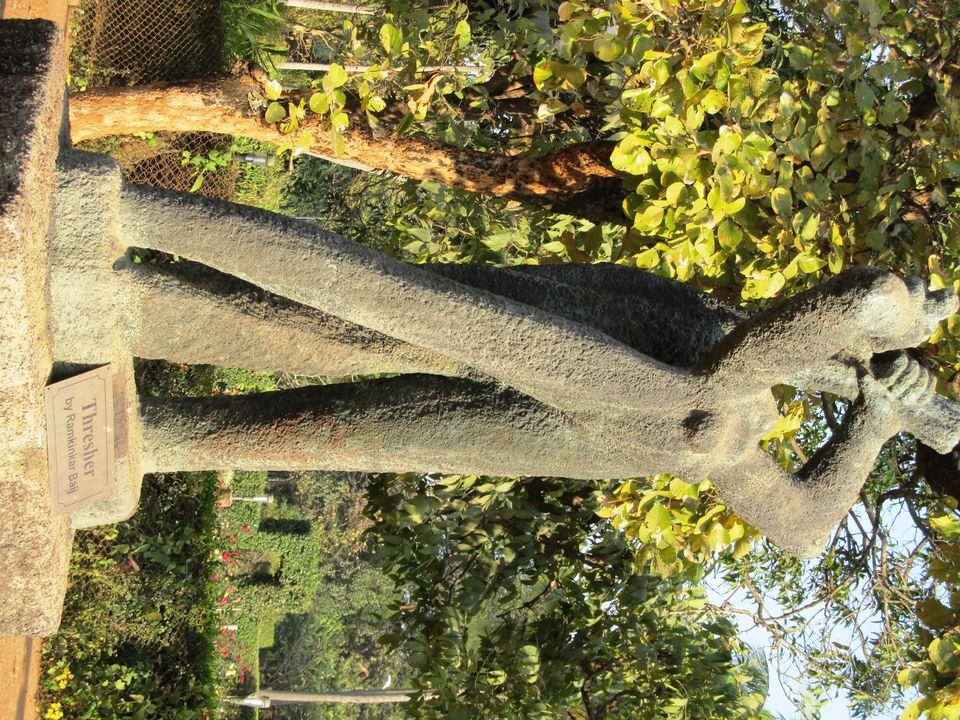 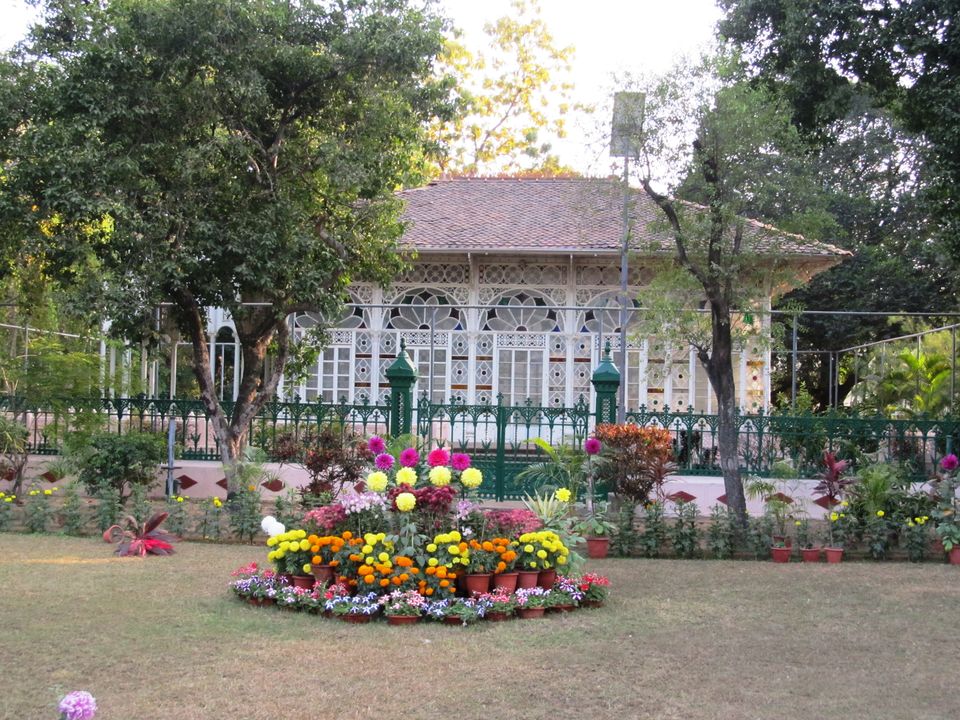 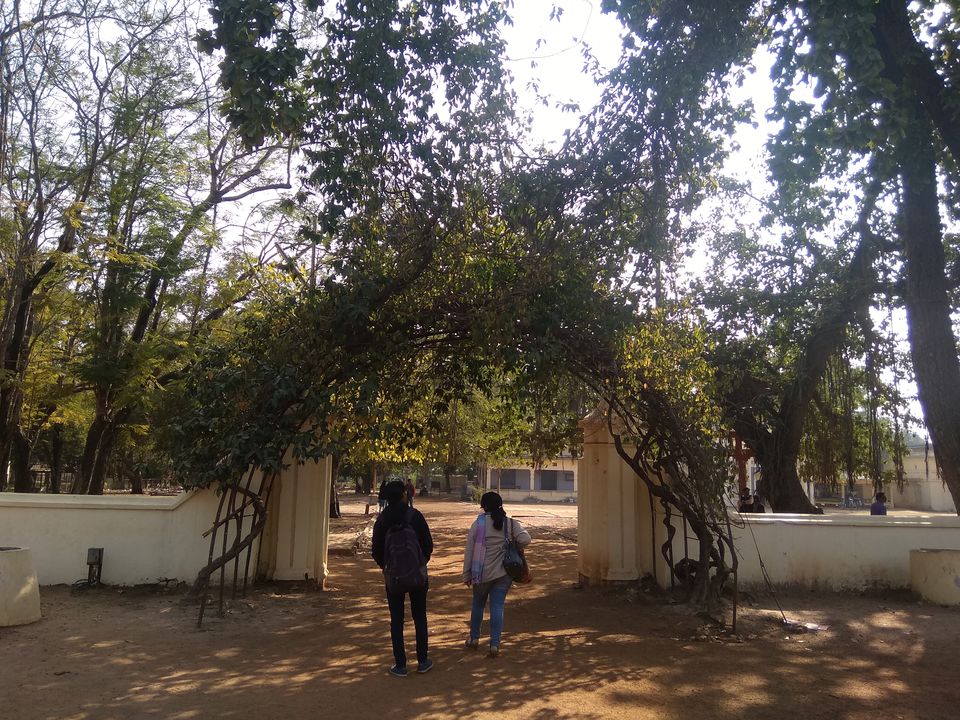 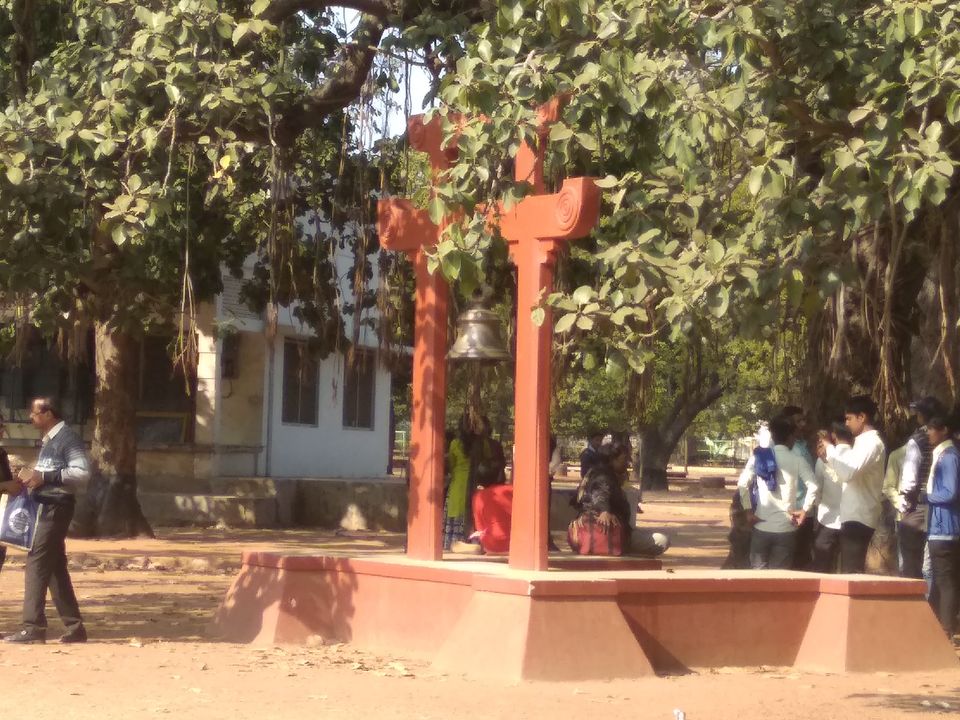 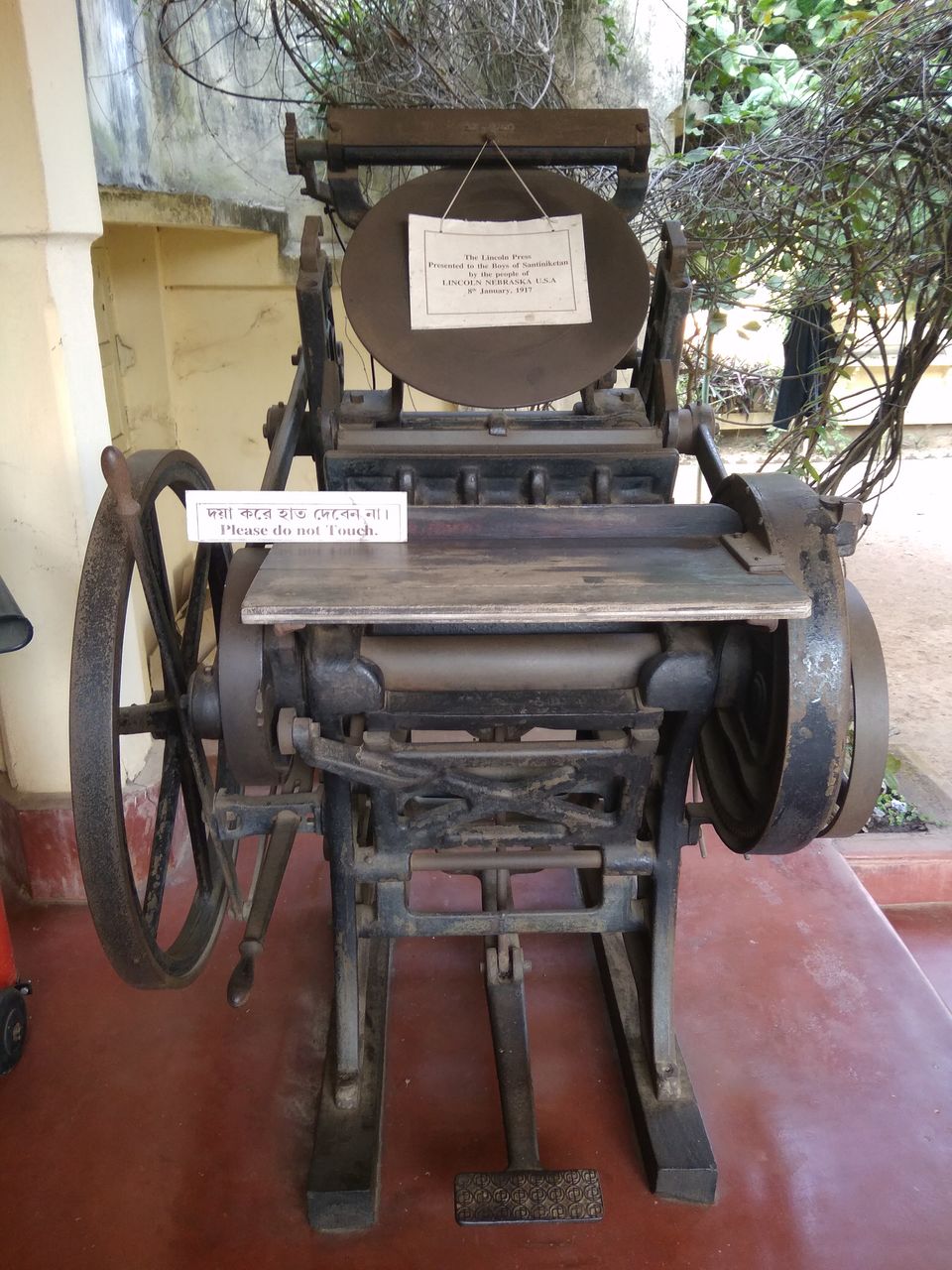 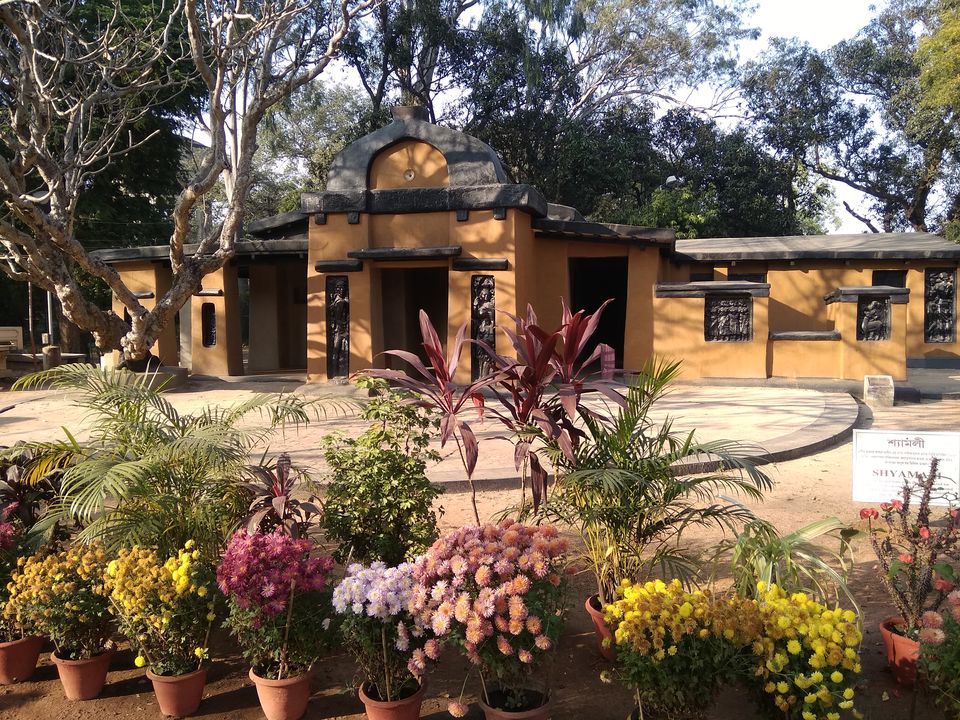 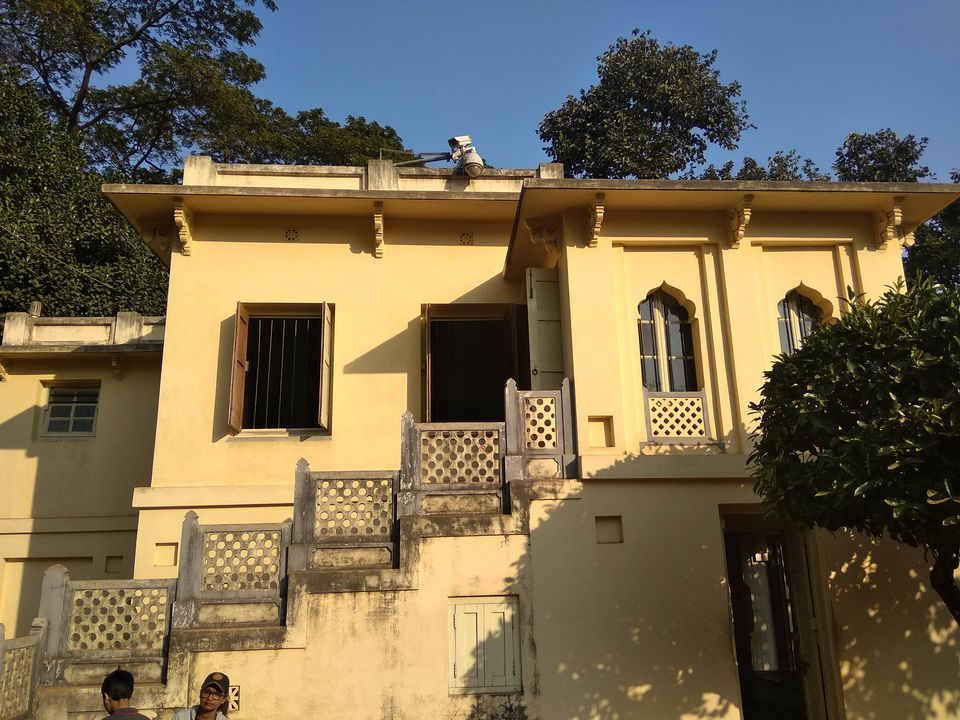 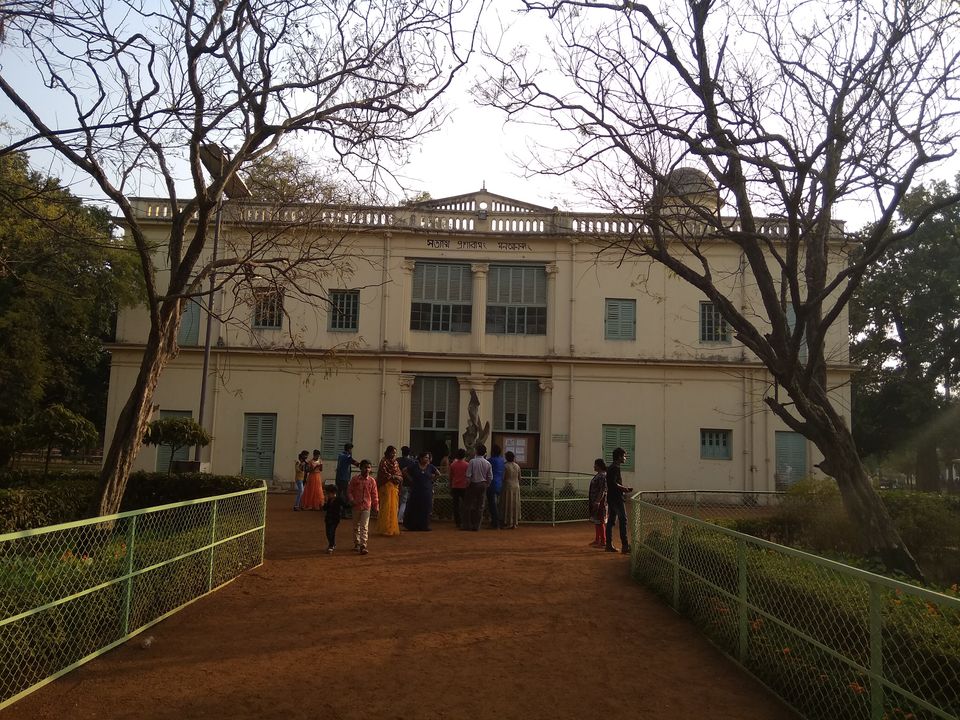 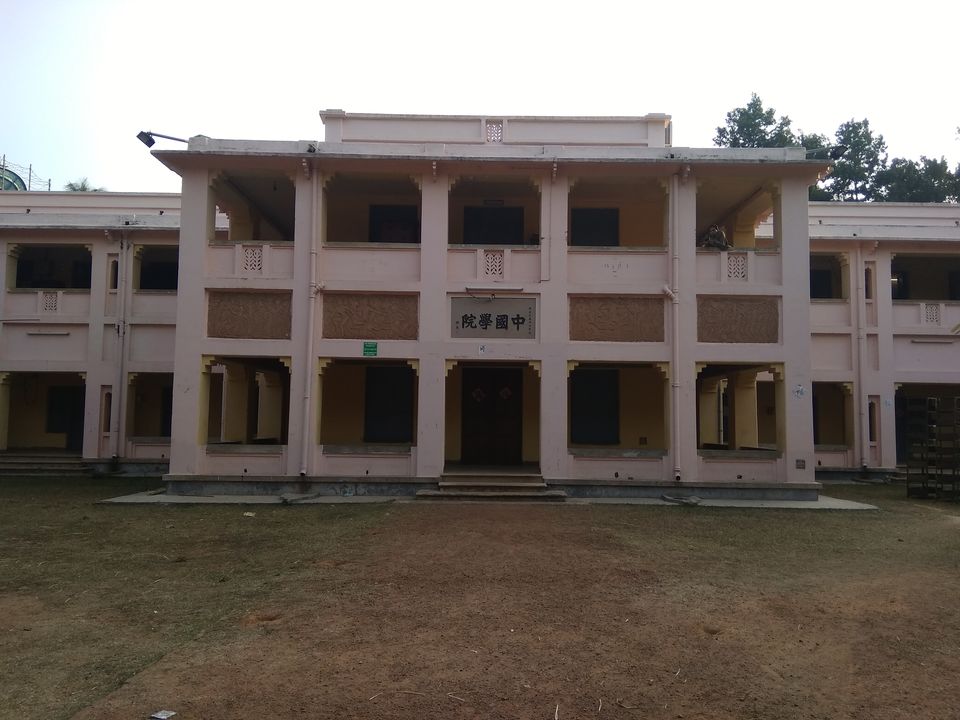 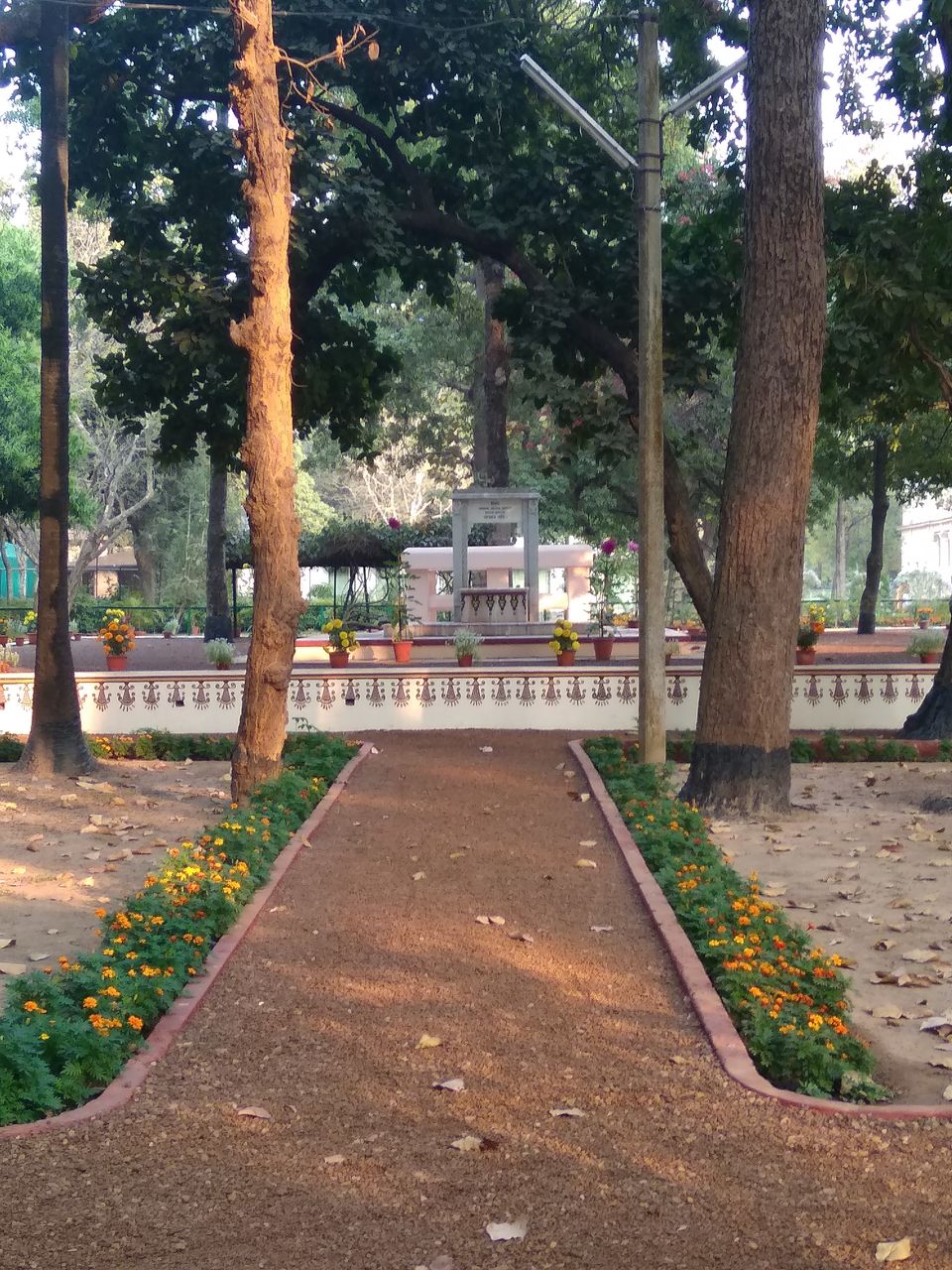 Ranged around tree-lined avenues, gravelled courtyards and exotic gardens, the Uttarayan Complex, in the heart of the Visva-Bharati campus, includes five architecturally very varied houses, from art deco to rural Bengal, in which Rabindranath Tagore lived at different times and did a lot of his writing. Also here is a museum of Tagore exhibits and memorabilia (including his ancient Humber car). It  holds five homes that Tagore lived in at various stages of his life. Konark, the first home to be built, was used as a venue for poetry recitations and play rehearsals, while Shyamali (an ecofriendly mud house) was an experiment by Tagore to see if a permanent mud roof could be built. The outer walls of the houses in the Uttarayan Complex are decorated with mud murals painted by students of Kala Bhavana in 1935 under the supervision of the famous painter Nandalal Bose.

The Uttarayan complex has also hosted many famous people, including Mahatma Gandhi, who stayed here in 1940.

The complex also houses Rabindra Bhavan Museum or the Bichitra. Designed by Tagore’s son, Rathindranath, the museum displays several original manuscripts, photographs, gifts Tagore received on his travels, letters (including Tagore’s hand written letter refusing to accept knighthood), and his Nobel Prize medallion and citation. In 2004, his original Nobel medal was stolen from the premises and has since been replaced with a replica.

Some other notable places of historical and cultural interest are Santiniketan Griha – the building where most poems of Gitanjali were composed, the Upasana Griha – a deityless Belgium glass temple, the Amra Kunja (mango grove) where spring festivals are held, Dinantika – the tea club where teachers and staff would gather for a chat, and Teen Pahar – where baby Rabindranath once made three hillocks of pebbles.Shal Bithi, a mud path lined with a row of Shal trees, was the favourite walking route of Tagore at Santiniketan.

While Chaitya is a small mud and coal-tar house (resembling a typical thatched Bengali hut) that showcases art work by university students, Taladhwaj is a round mud hut, built around the trunk of a toddy palm, with palm leaves stretching out over its thatched roof. 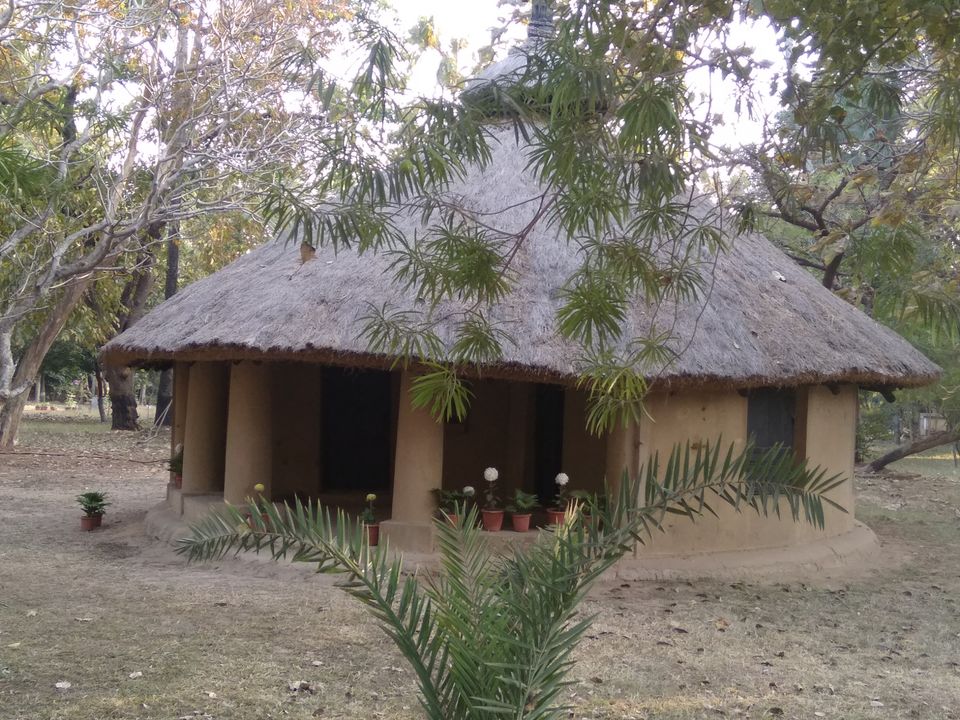 It is not only the oldest school of the university but also the oldest institution on which the university was subsequently built. It is the university school of Santiniketan. Initially called Ashram Vidyalaya it was later called Santiniketan Vidyalaya. It was started by Tagore in 1901. The distinctive features of this co-educational school include its open-air classrooms and emphasis upon oriental learning. The school, being the nucleus of the university and the town is within the Santiniketan Ashram. The first four students of the school included Tagore's son Rathindranath Tagore, the first upacharya of the university and Sudhi Ranjan Das, a chief justice of India. The future Nobel Laureate in economics, Amartya Sen, graduated from this school. So did one of the first Indian Rhodes scholars, Asim Datta. Supriyo Tagore, a great grandson of Satyendranath Tagore, the eldest brother of the poet, was one of its longest serving and most well known Principals. The eminent historians, Tapan Raychaudhuri and Ashin Dasgupta have periodically taken classes here.Patha Bhavan, where you can see the small children studying under the trees. We also had a wish to see that, so we reached the place and witnessed the beauty of studying within the lap of nature. It was first started by Rabindranath Tagore and till today the legacy continues.

One of the most beautiful Prayer Hall in Santiniketan, built by the father of Gurudev Rabindranath Tagore, Shri Debendranath Tagore in 1863.

Also known as Kanch Ghor as the hall, ornamented beautifully by different Belgium Glass of different colors along with marble steps on four side of the hall.

The place earns its name from the famous Chhatim tree and being the place which is the precursor behind the history of Shantineketan. This heritage place holds a great legacy of Visva Bharati Campus. In the early days, Maharshi Debendranath Tagore, father of Rabindra Nath Tagore used to sit and meditate either alone or with others.

The ultimate destination to visualize the belongings of Kabi Guru Rabindra Nath Tagore. Visva Bharati Museum, comprised of a permanent display section and the five homes lived in by Tagore.Visva Bharati Museum. The main museum has 2 floors. Before entry, we had to take off our shoes according to their rules. So after leaving our shoes outside, we took an entry and first headed to the 2 nd floor.

The first thing which took our attraction was Swaraswati Veena and Rudra Veena, displayed in a showcase.

Then we finally enter the world of Rabindra Nath Tagore. The poems were playing in the voice of Tagore at a low tune which made a very soothing ambiance. The family chronology and different stories on Tagore were displayed on the flex. Moreover, different belongings like painting equipment, daily useable things, and gifts from different countries were displayed.

We also witnessed the replica of Nobel Prize and certification along with the gown and hat which was given by Oxford University as an honor.

day 2 went well by visiting deer park which was very close to Rabindra bhavan within walking distance. deer park has no other animal left but if you want to explore that forest ,you will not end up being unsatisfied .you will get to see few nice bungalow houses on your way to deer park. 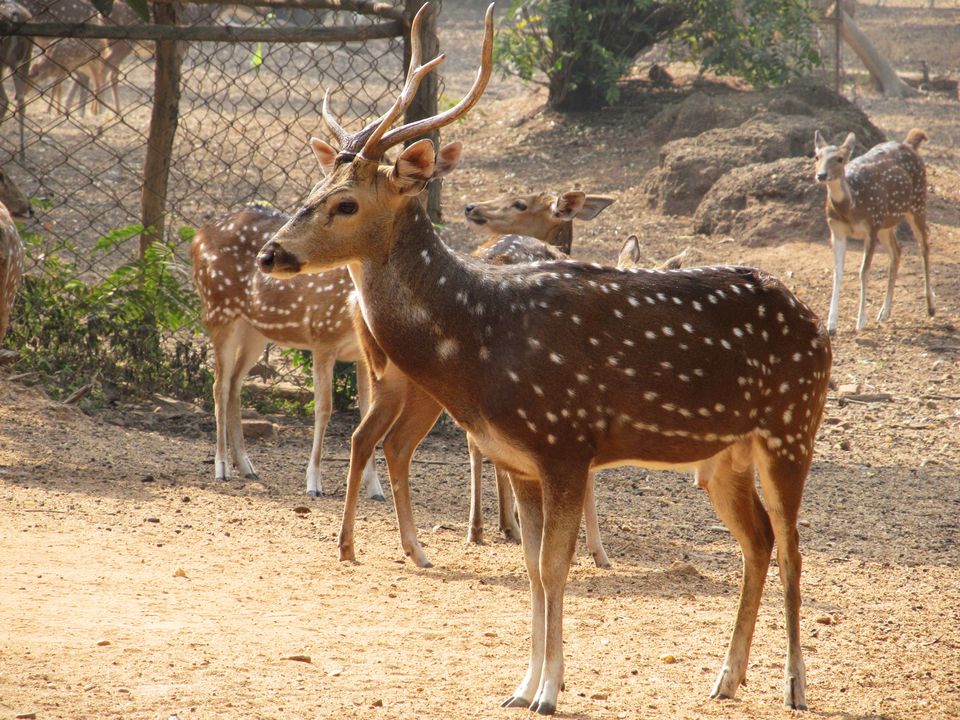 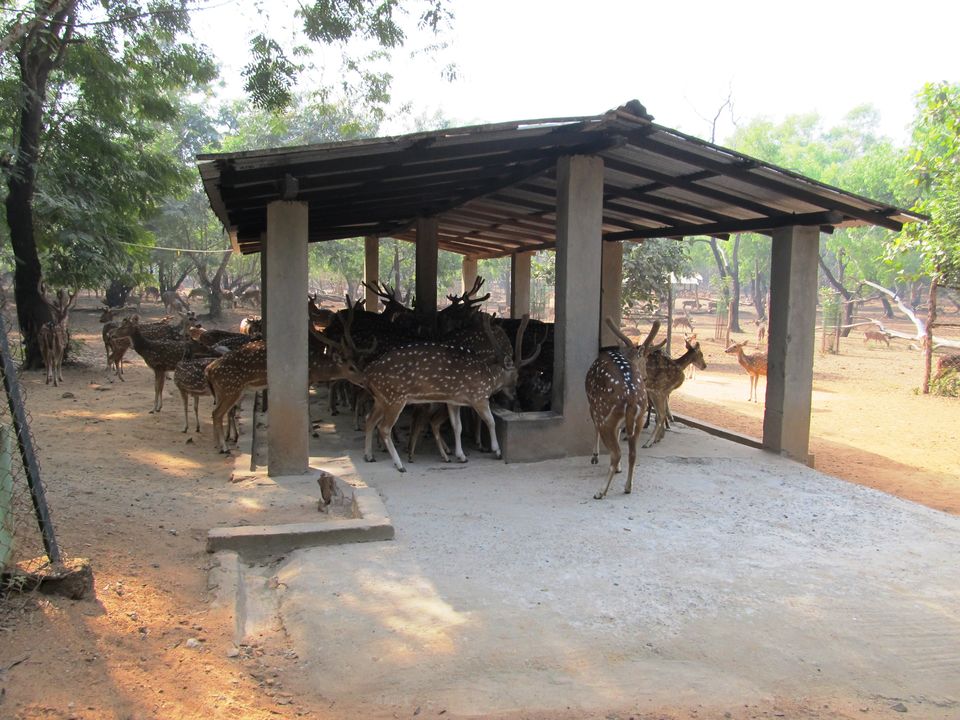 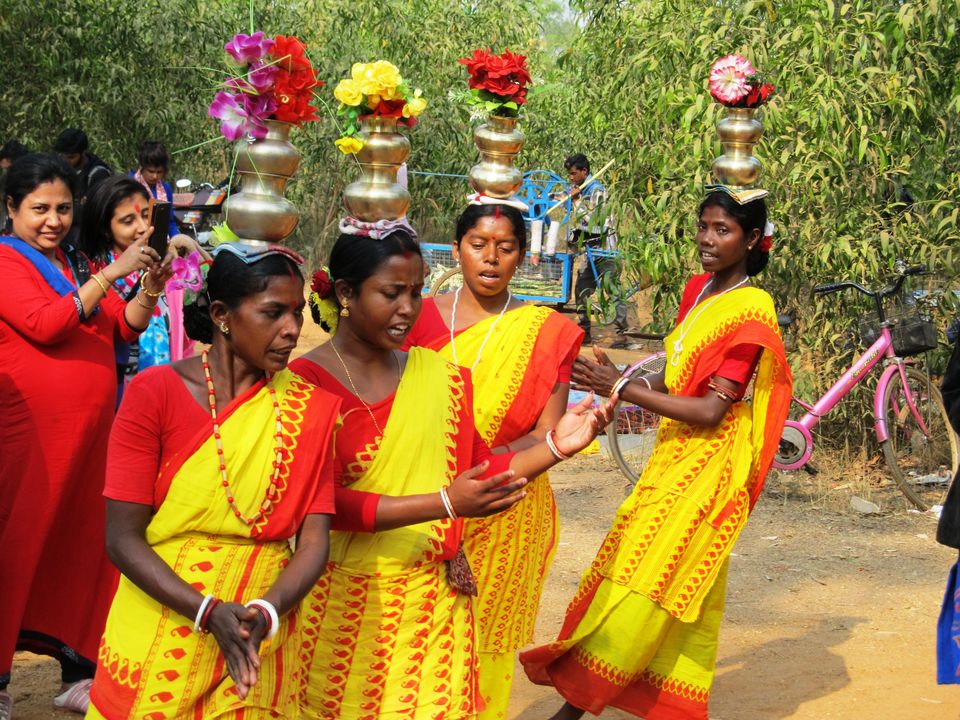 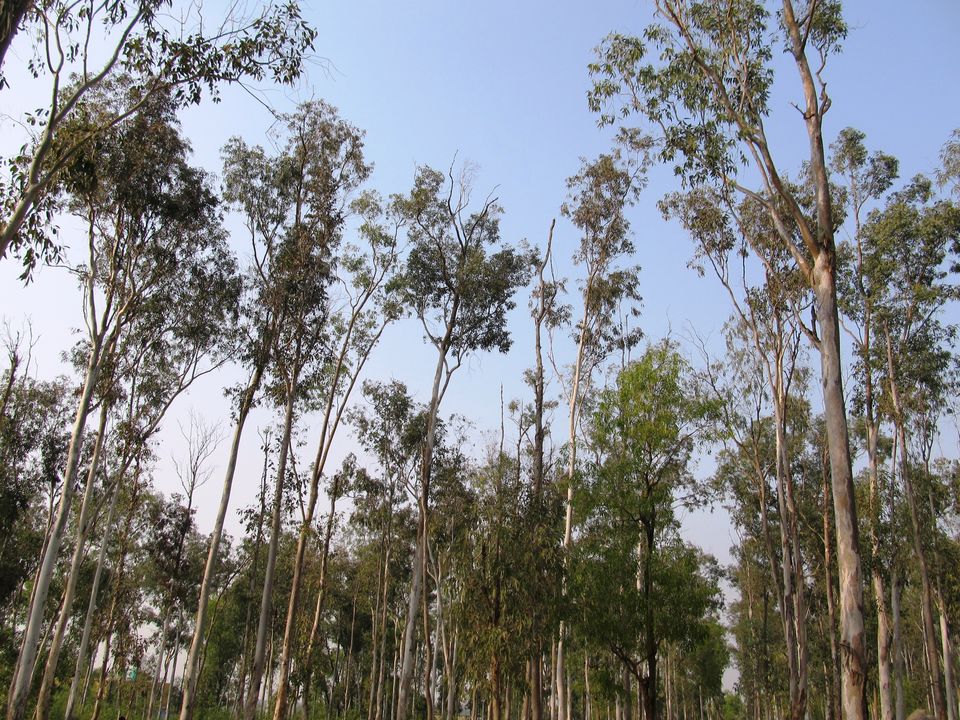 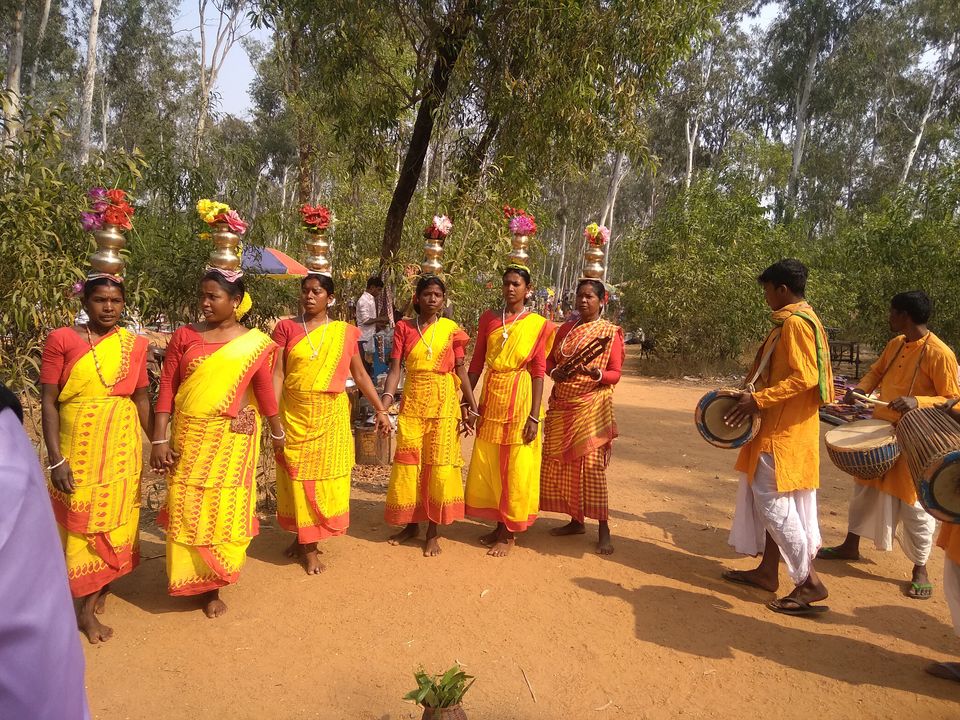 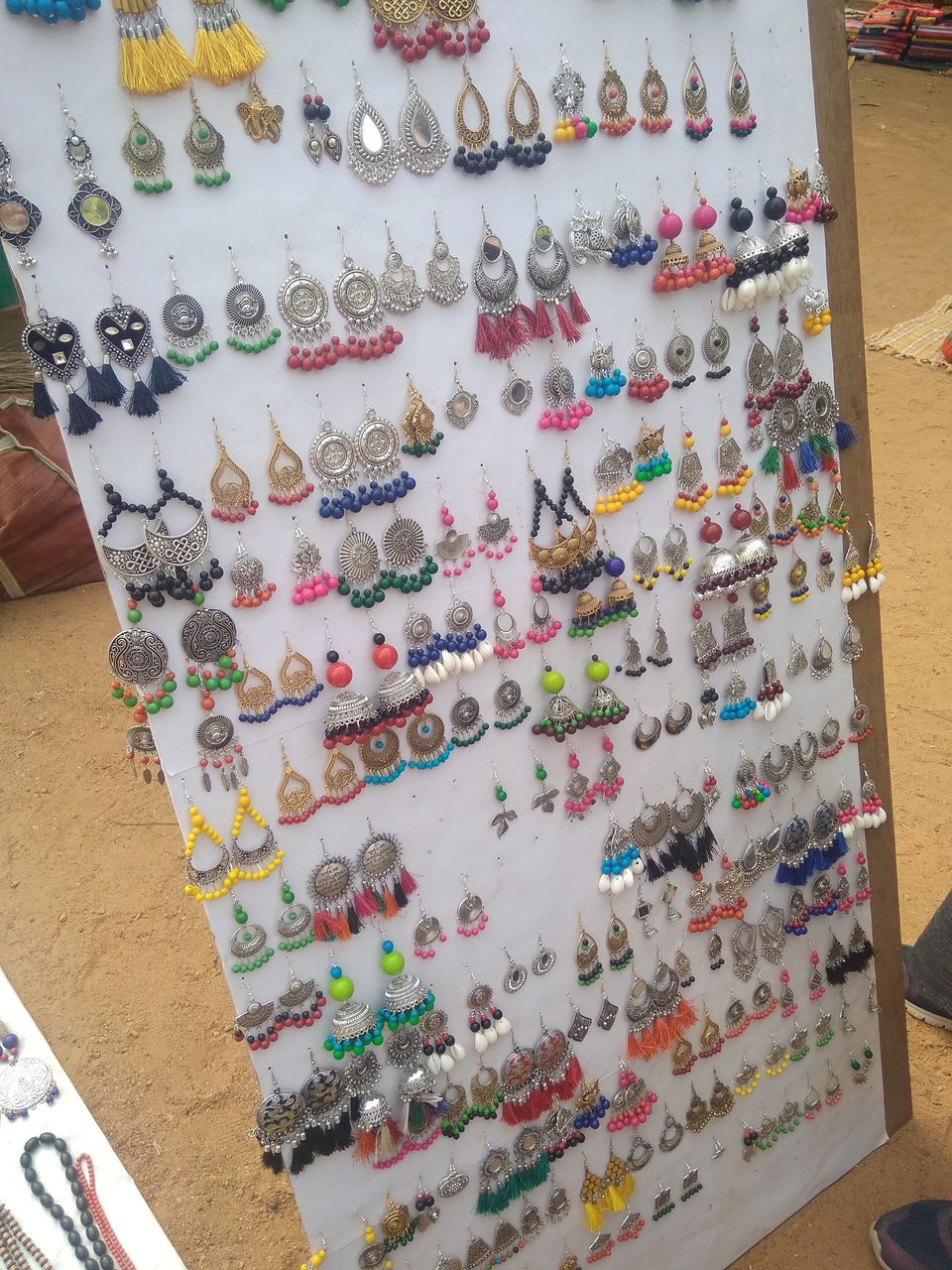 After pening 3 to 4 hr in sonajhuri, e then left for, Amar Kutir (আমার কুটির) (meaning: my cottage), once a place of refuge for independence movement activists has been turned into a cooperative society for the promotion of arts and crafts. It is located on the banks of the Kopai River, about 15 kilometres (9.3 mi) from Santiniketan in Birbhum district in the Indian state of West Bengal.

after our evening snacks we went for the kala bhavan the place we mised  on our very first day .Kala Bhavana is well-known as a distinguished centre for Visual Art practice and research in India. This institute which gave shape to the culture specific modernism initiated by Rabindranath Tagore and carried forward by the commitment and wisdom of Nandalal Bose, Benodebehari Mukhopadhyay, Ramkinkar Baij and their contemporaries, has richly contributed in giving a valid direction to individual art activity in contemporary social space.

Reality check: Since we chose to visit  at the end of poush Mela,we faced a lot less crowd, could actually enjoy the bliss. 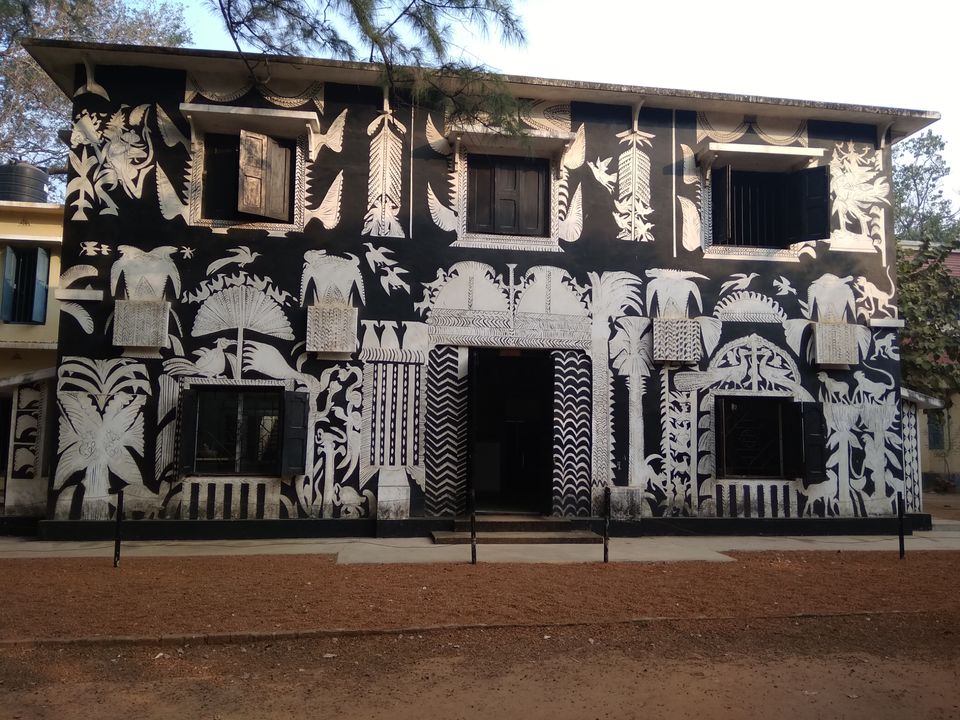