Along the smuggler's route in Robin Hood Bay, England 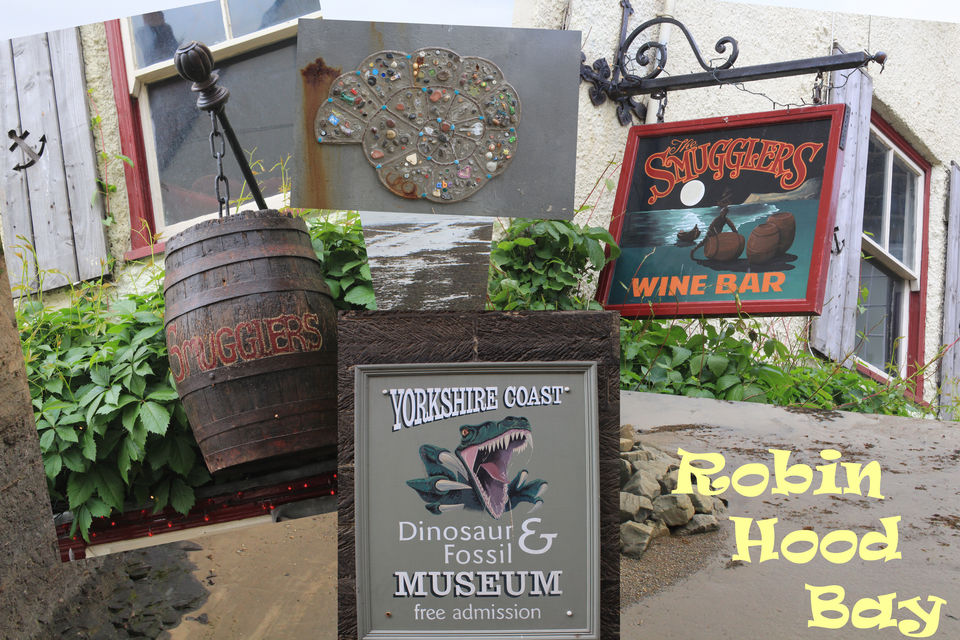 Coastal towns and villages were always a passion for me. Beaches, sand, fishing, food, sunrise, sunset etc. inspired me to explore Yorkshire Coast which runs from Tees estuary to the Humber estuary on the east coast of England. This is one of UK's most rugged and charming countryside, fishing villages, rocky cliffs, abbeys and of course you will get the country's best fish and chips there. Had planned this trip quite a few times, but didn’t work out. On a Wednesday afternoon, thought of planning this trip again and by evening, the itinerary was ready.

It was a pleasant Saturday morning in June'18. I reached Scarborough by 9:30 in the morning. Scarborough is a popular holiday destination with its stunning scenery, glorious beaches and lots to do. I have been to Scarborugh a couple of times before and had no plans to spend time there in this journey. This time, the plan was to spend some time in the fishing villages of Robin Hood bay and Staithes and to spend a good amount of time in Whitby harbour.

The origin of the name "Robin Hood Bay" remains a mystery. An English Ballard tell the story of one Robin Hood encountering French pirates who came to rob the fishermen's boats and to conquer the north coast. The pirates surrendered and Robin Hood returned the loot to the poor people in the village that is now called Robin Hood's Bay. There was also an ancient forest spirit named Robin Hood as per some local folks. Anyway, the truth behind the name remains a mystery.

Millions of years ago, the place where this village stands now was under the deep sea. This area is famous for sea fossils. The sea animals of that era which got buried in the mud became fossilised and this village has become one of Britan's best area for the fossil hunter. In the nearby museums, one can see some of the fossils on display.

Historians say that the first evidence of man in this area was 3000 year ago after the study of the excavation of Bronze Age burial grounds, known as Robin Hood's butts. Later, some 1500 years later, Roman soldiers build a stone signal tower in this area. The first regular settlers in this area probably were Saxon peasants followed by Norsemen. Later Norwegians were the main colonists of this coast who were probably attracted by the rich glacial soil and ample fish.

In the 18th century, this village was reportedly the busiest smuggling community along the Yorkshire coast. The landscape protected by marshy moorland on three sides made the bay an isolated area. I walked along the narrow alleyways in the village and felt like walking through a maze. Stories say that fierce battle ensued between smugglers and excise men, both at sea and land. The wives of the smugglers were known to pour boiling water over excise men from bedroom windows in the narrow streets. Many hiding places and secret passages helped the smugglers do their business very well. Tea, silk, gin, rum, brandy and tobacco were some of the items smuggled into Yorkshire from the Netherlands and France to avoid duty. Smuggled goods were distributed via the local inns and passed up through the village along a network of secret subterranean passageways and tunnels. It was said that a bale of silk could travel to the top without leaving the houses. The tiny cottages make us feel that all those were well designed well to support the smuggling business.

The Government became worried about the loss of money caused by smuggling and calculated that around £4 billion worth of revenue was lost to illegal imports of tobacco and alcohol every year. At one point, 80% of all tea in the UK was drunk illegally and smugglers could earn up to a week’s wages from just one pound of tea. I saw a pub named "Smugglers" in one of those narrow streets with the sign board shows a smuggler doing his business in the night.

Robin Hood’s Bay Museum and the National Trust’s Old Coastguard Station Visitor Centre in the village helps one understand more about the smuggling activities in this area during old times. I spent some time near the Bay Hotel, which was reportedly a key site in distributing smuggler’s items. Strolling through the narrow streets and going through the history of this tiny beautiful fishing village and spending some time along the Bay area was some time well spent.

The next destination was Whitby, the place that inspired Bram Stoker, the creator of Dracula.