Museums are as important to a city's identity as are its people, food and music. Therefore, it's no surprise that the biggest cities in the world, or the most visited, have a plethora of museums showcasing the culture, history and art of that region. New York has the Metropolitan Museum of Art, Paris has the Musee d'Orsay and Cairo, the Egyptian Museum, to name a few.  In Asia, the Tokyo National Museum and the War Remnants Museum in Ho Chi Minh CIty are famous among tourists. It is surprising that Shanghai, home to 27 national museums visited by almost half of the city's residents (47.5%) hasn't been on the world museum radar.

Starting Oct 1st, 2012, Shanghai became home to two of the largest museums in Asia and the world. The China Art Museum and The Power Station of Art, both state-run establishments, opened among much fanfare at the start of the national day holidays. They join an intriguing list of museums in the city showcasing everything from contemporary art to chopsticks.

This list will introduce you to the old and new that Shanghai has to offer when it comes to art and history.

*The cost includes travel expenses on the Shanghai Metro and entrance charges for the museums.

** None of the pictures are owned by the author. They have been sourced from the internet and belong to their rightful owners.

Address: 201, Renmin Avenue, near North Huangpi Rd., Huangpu, Shanghai Metro Station: Line 1,2 & 8, People's Square Exit 1 Timings: 9:00-17:00 Admission: Free The Shanghai Museum is a museum of ancient Chinese art. Founded in 1952, it has changed locations three times before its current avatar opened in October 1996. The building is designed to resemble an ancient bronze looking vessel called a ding. Covering a total area of 39,200 square meters, its five floors house three exhibition halls and 11 galleries. The galleries showcase ancient Chinese art like calligraphy, coins and seals to name a few. The coin exhibit with its collection of around 7000 pieces of coins is one of the most interesting exhibits in the museum. 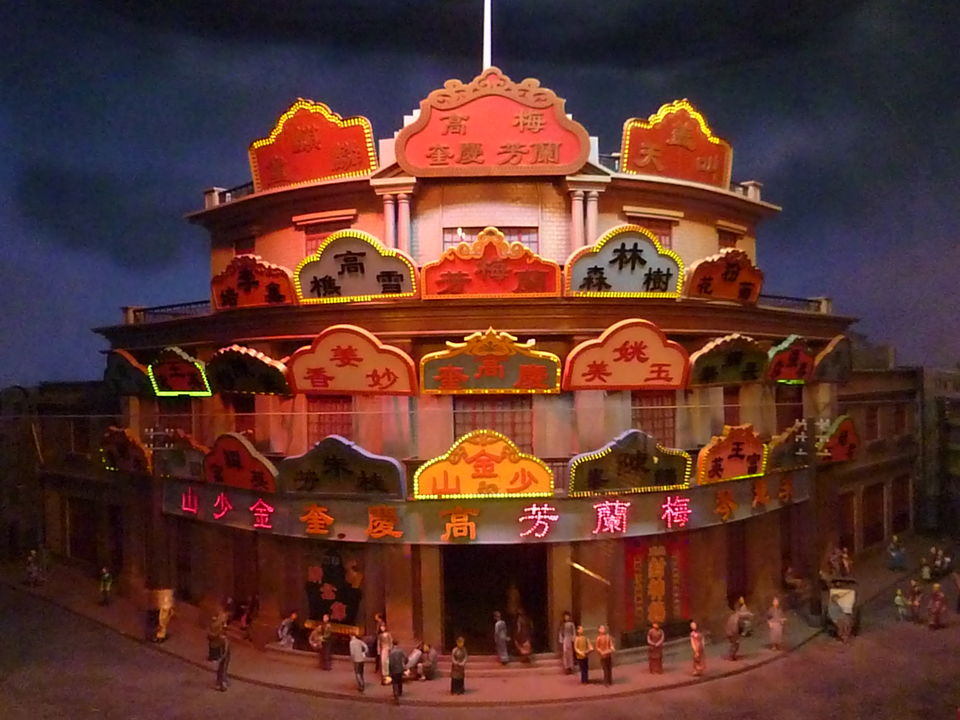 Address: People's Park, 231 West Nanjing Road, Shanghai Metro Station: Line 1,2 & 8, People's Square Timings: 10:00-18:00 Admission: 30 CNY/person A 10 minute walk from the Shanghai Museum, bang in the center of People's Park, the Museum of Contemporary Art (MoCA) is the first non-profit, independently operated contemporary art institution in Shanghai. Housed in the park's former greenhouse and spread over 4000 square meters MoCA is the brainchild of founder Samuel Kung. The museum has showcased exhibits by Antoni Gaudi and Salvatore Ferragamo among others. It's glassy façade is easily spotted within the park's lush green. MoCA also has one of my favorite rooftop bars in Shanghai. Visit in early evening and walk around until it closes. 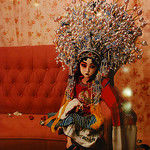 Address: 161, ShangnanRd., near Guozhan Rd., Pudong, Shanghai Metro Station: Line 8, China Art Museum Timings: 9:00-17:00 Admission: Free This newcomer on the scene displaying modern Chinese art is housed in the former China pavilion of the 2010 Shanghai Expo. Spread across a mammoth 166,000 square meters, it is the largest art museum in Asia. Artists showcasing include the likes of He Tianjian and Lin Fengmian. Drop by if you want to see the best of Chinese modern art. 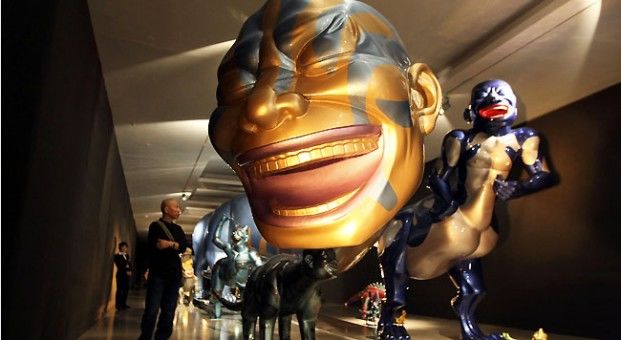 Address: Lane 20, Huayuangang Rd., Huangpu, Shanghai Metro Station: Line 4 & 8, South Xizang Road Timings: 9:00-17:00 (Monday closed) Admission: Free Aptly named, the Power Station of Art is a renovated power station stripped bare, except the 165 meter chimney, and transformed into a mecca of local and international art. Situated at the banks of the Huangpu river and right next to Lupu Bridge it offers surreal views of the city from the viewing decks on the 6th and 7th floor. The museum is the new home of the Shanghai Biennial and has hosted exhibits like Andy Warhol: 15 Minutes Eternal and a Surrealist exhibit from The Pompidou in Paris. It is already being likened to London's Tate and New York's MOMA. * This and The China Art Museum situated nearby make for a perfectly arty day spent in Shanghai. Finish the day by climbing the Lupu Bridge at dusk for amazingly lazy views of this inspiring metropolis. 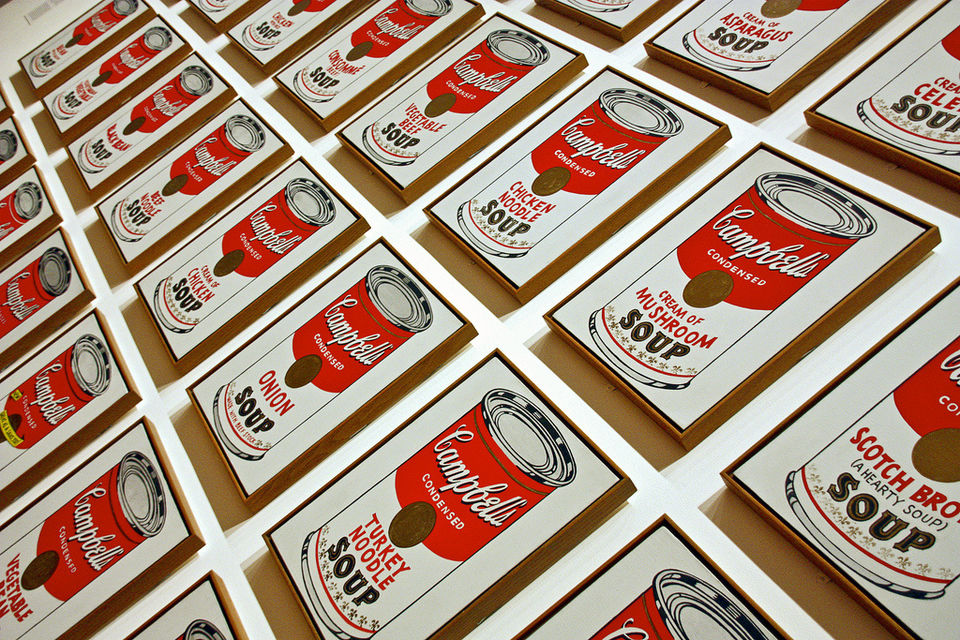 Address: Basement, Building B, 868, HuaShan Rd., near ZhanNing Rd., Xuhui, Shanghai Metro Station: Line 1 & 7, Changsu Road Timings: 10:00-17:00 Admission: Free Owned and run by Mr. Yang Pei Ming, this 2-room museum offers unique insights into Chinese history focusing on the Mao-era and the Cultural Revolution through its collection of around 5000 propaganda posters. Located in the basement of a residential building and unmarked on the outside, the building is a little hard to find. Enter the residential compound via the ZhenNing Rd. entrance and walk towards the building straight ahead. The gift shop and reprints of many posters and is a good place to get hold of some souvenirs. 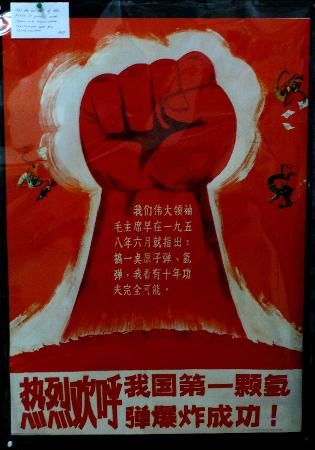 Address: 191, Duolun Rd., near North Sichuan Rd., Shanghai Metro Station: Line 3, DongBaoXing Rd. Timings: Everyday (By prior reservation) Admission: Free Visit this marvel of a museum for its collection of chopsticks and for Lan Xiang. A cabinet in a Jewelry store holds the result of Lan Xiang's 25 year journey across Asia with a collection of 2000 chopsticks. He doesn't have his entire collection on display. His most priced ones are in the bank. If you can't speak PutongHua then go with someone who does and enjoy the octogenarian's animated stories and try to master the art of holding a chopstick correctly. Also, ask him to show you his book: Chinese Chopsticks. This, most probably, will be the most interesting museum you have ever visited. 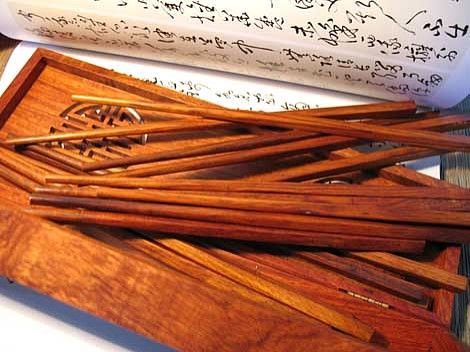