The rendezvous with Goddess

Visiting Ma Kamakhya temple in Guwahati was long time due but when I did it was such a sacred and pious feeling.

Regarded as one of the oldest of the fifty one Shaktipeeths of India, it's situated on the Nilachal hills on the western part of the city of Guwahati in Assam.

The first epigraphic evidence of the temple is in 9th century Tezpur plates of the Mlechcha dynasty. The archelogical survey too dates the temple to be of 8th or 9th century.

All the Shaktipeeths are the sights where the parts of Mata Sati's body parts fell from Lord Shiva's hand when he was performing Tandava with her corpse. Kamakhya shakhtipeeth is considered to be the place where her yoni(genitals) fell.

The temple sees a huge footfall of devotees everyday from morning till evening. To avoid the rush either reach the temple early morning or afternoon. Flowers, sweets and Saree is offered to Ma. It is also famous as a sacrificial site where every morning goats are offered to Shakti for granting of one's wishes.

Legend has it that the 'Garbhagriha' or the inner sanctum houses the mythical womb and vagina of Ma Shakti. It is in the form of cave, consisting of a natural underground spring that flows through the yoni shaped cleft of the rock. The water of the spring is considered most sacred by the devotees.

Curiously, every year during the month of Ashaad( month of June), the Bhramputra river near Kamakhya temple turns red denoting the menstrual cycle of Ma Shakti.

Hence,  this is the only ancient temple that celebrates the power of women to give birth and sustain humanity. The one of a kind temple in India where there is no picture of the goddess but her Yoni is worshipped as a subject of reverence.

This temple and a seat for tantrics and Tantra worship and thousands of Tantra devotees flock the temple for their annual festival known as Ambubachi Mela(the celebration of annual menstrual cycle of Ma Kamakhya) . The temple is hugely crowded during the nine days of Navratri too.

Visiting the temple in a nippy winter morning , standing in the queue for one hour and paying veneration to the goddess in her aboriginal form was one of the mos spiritually fulfilling experience for me. The temple that celebrates women and the power of womanhood in this patriarchal society of ours. 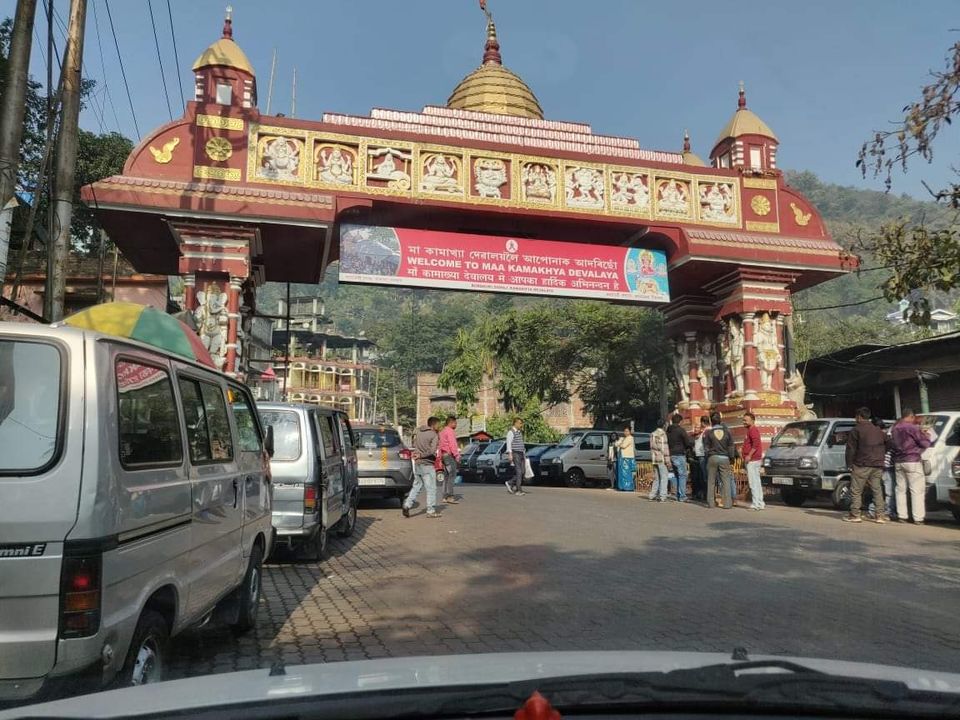 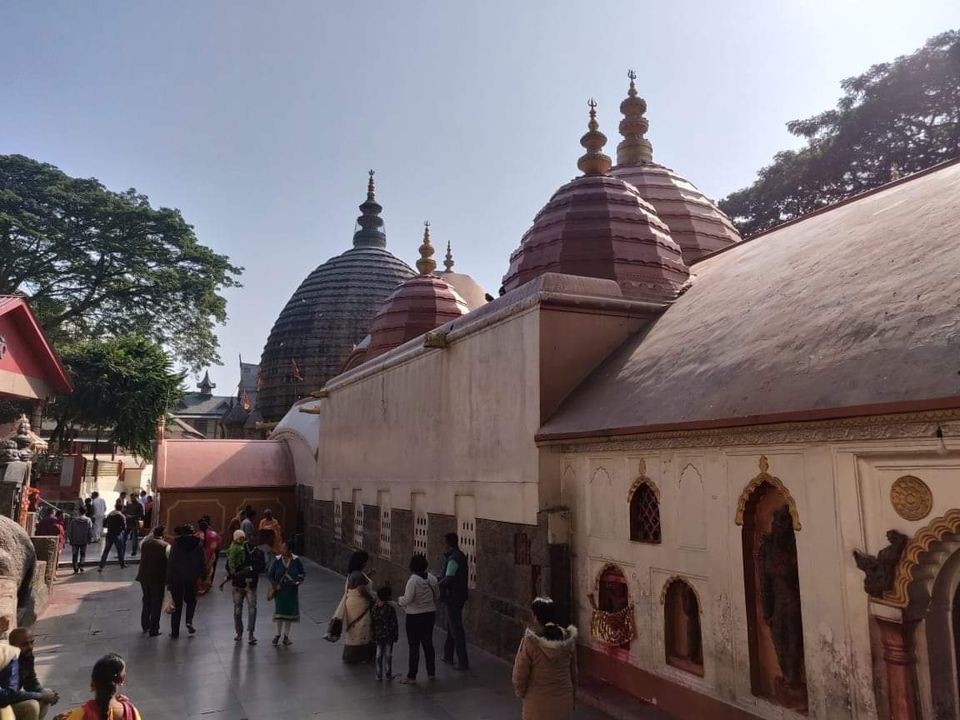 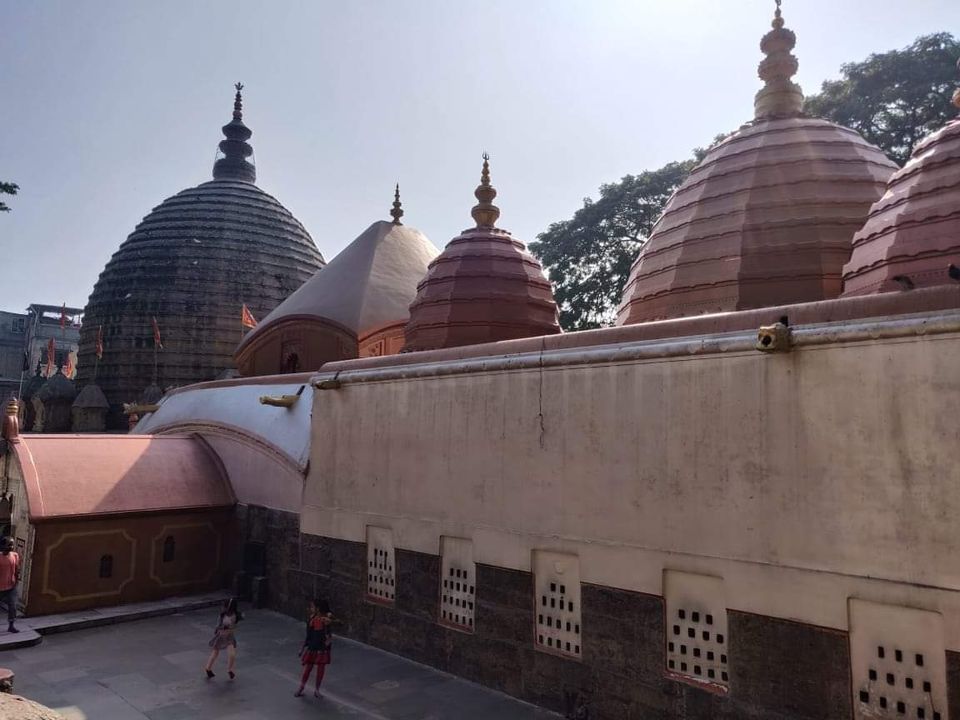 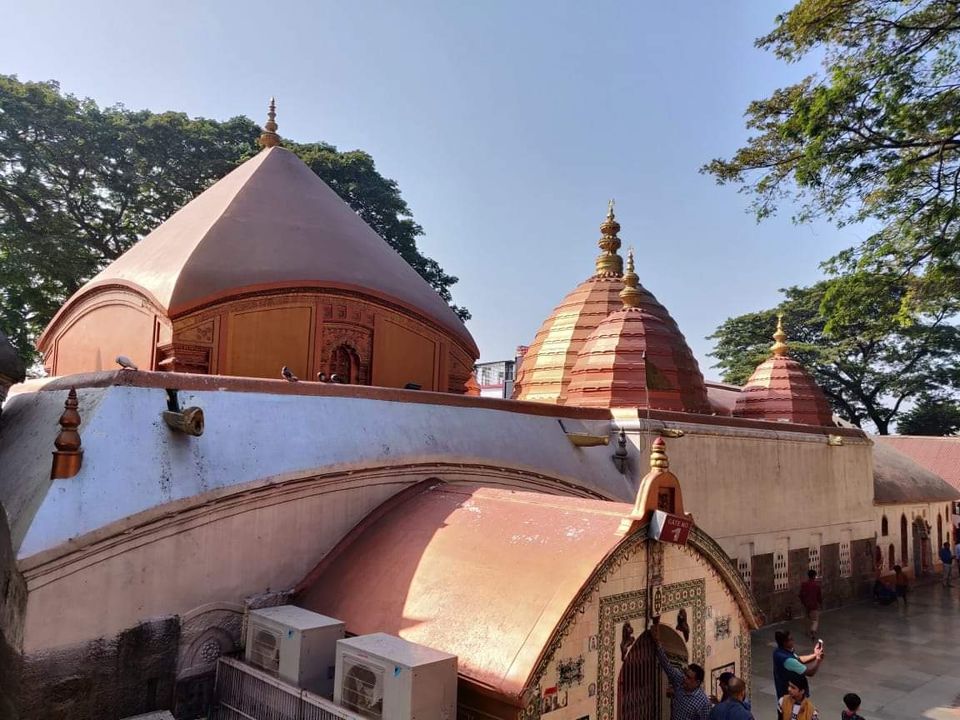 The statue of bleeding Goddess 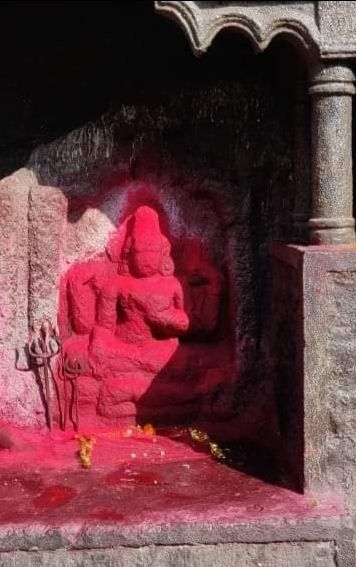 Sculptures inside the temple 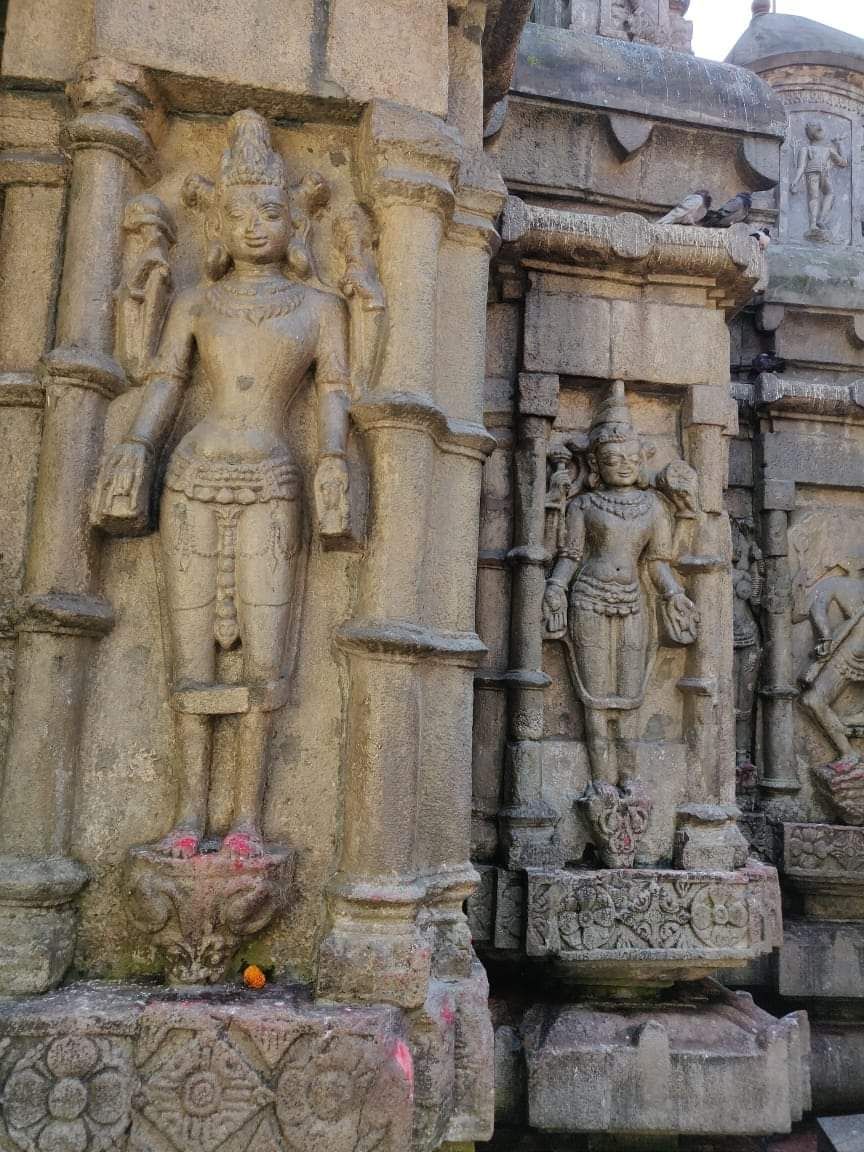