Kamakhya Temple: Where the Goddess Bleeds

One of the 51 shakti peeths spread all over India, Kamakhya temple is place of sacred value for devoted Hindu pilgrims. In the city of Guwahati, Assam this temple is located on the Nilgiri hills, known to be dedicated to Tantrik goddess or Goddess kali; it has legends about its historic value. Along with 10 forms of Goddess kali, the temple is mainly known for the yoni of sati falling here and that is why the stone formation is in the shape of female reproductive parts.

Some people believe the theory of this being the secret spot for love making and romance of Lord Shiva and his young bride Sati. It is said that when sati died and her body parts fell at 108 places in India, Kamakhya temple was the place where her womb and private part fell. Whereas some locals believe that the king of this province was dedicated towards tantric vidya and thus devoted this temple to the tantric goddess, it was only in the later history that people related the significance of the shape of the mainly worshipped stone idol.

If you are a true devotee and want to visit the shakti peethas and acquire peace and contentment inyour life do not miss this temple when you are in Guwahati or nearby. If you are just a tourist and have no interest in Hindu temples, this place still has a new experience to offer and a lot of history to tell.

The origin of the name “Kamakhya” has many stories; some say it has been derived from the word “kama(romance) since Lord Shiva and Sati used this place as their secret love making spot while others believe that the God of Love kamadeva scratched off his curse with the help of womb that fell their and thus this place was named after him.

The main temple is situated in a beautiful and big campus with other 10 temples where forms of Goddess Kali are worshipped. The architecture of the temple is of any typical Hindu temple with a tomb at the top and a huge hall.

This place also has a bizarre story to tell; in the month of Ashad (June) it is said that the Devi menstruates and therefore the temple remains closed for three days and the colour of Brahamputra river turns red. However, the reality of this phenomena is a matter of debate but faith is indisputable and therefore a multitude of people go to this temple for one look, one prayer and one moment of utter peace in the womb of Goddess herself.

The destination is one cab drive away from the Guwahati railway station and airport, so reaching this site is hassle free, however beware of the Pandas who might try and trick you, do not spend money by believing them. Faith needs no mediator, reach the temple and worship by your own. The experience will be incredible if you are an utter Hindu devote or a true wanderer at heart.

The city with the famous temple.

The Temple and what it has to offer, go ahead and receive. 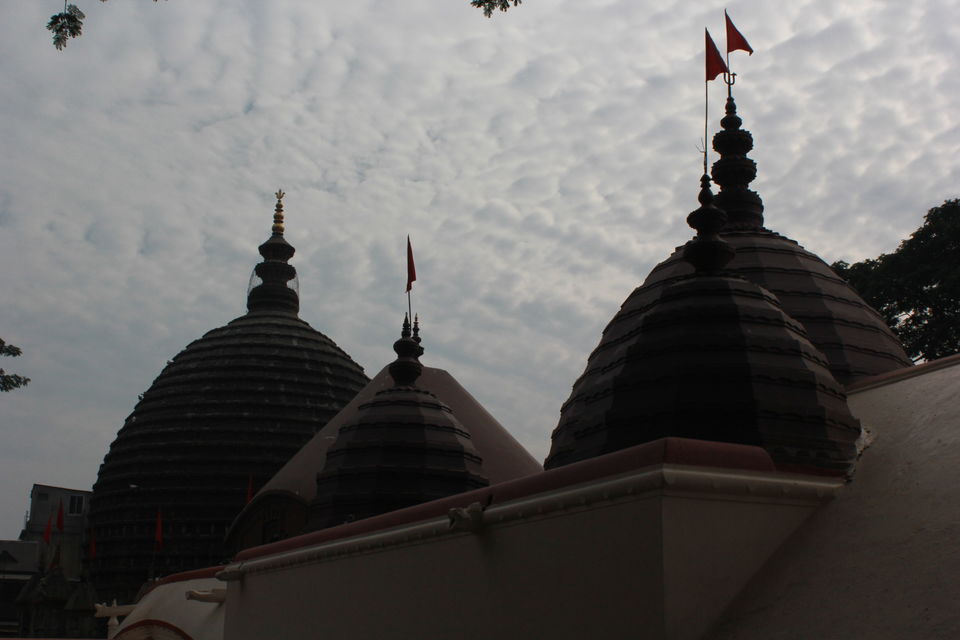