Triund Trail ! An encounter with an Aussie..

#SwipeRightToTravel
I was on a trek to triund and got befriended with two strangers here's the story starts.

Blake , he is from Sydney (Western  Australian hills)  he is a freelance programmer so all he need to get his work done & earn his living is a internet connection & a Laptop and during his journey he is been to Europe for 4-5 months. he's been  to almost every country there. he got to know about the  different cultures & their thinking then he went to USA,  China ,  Israel etc(some more countries were there) & now he is in India for past 4-5 weeks & here he is loving it most because of our authentic culture, our faith in god, our family values, traditions & he told me that its great to see that India has its own culture  & most of the countries including Australia do not have their culture and adapt the same from USA , UK or other Western countries. he said that for them it is very hard to survive in India at this time of the year because they are not usually habitual to So hot climate & even he joked that he is pealing off his skin like a lizard. he also told me about Australia that they rely mostly on agriculture & coal mining & you must have  heard about Australia's great barrier Reef (its worlds Largest ecosystem for living creatures)  & it is literally dying due to climate change & global warming  & if nothing have been done.
it will may perish by 2030   & he told me that 80-85% of Australia is plain lands and not yet developed because the country is so big & population is mere 24 million. he was shocked to know that even after India is so skilled & still our  80-85% of population earns  approx 100-150 US $  monthly (which is daily average pay in many countries) & he will be in India for another 4-5 weeks & then he will head to Nepal (Kathmandu for Himalayan trek)    & than back to Europe  for European summers .. i suggested him to must visit to Varanasi. we shared some other stuff too &  today, i also met Ryan while trekking down back to McLeod & he  was from  Yorkshire(UK)  & i applauded him because he and his wife were picking empty packets etc from the trek & i joined him in the cause. he is traveling around the world since 20 years & has a small potpourri business in Uk.  All in all it was some awesome experiences shared and some great memories are created along the way and its always wonderful to meet new people and share our stories and get to know about other countries and cultures and that's how we grow as a human and move forward with life. 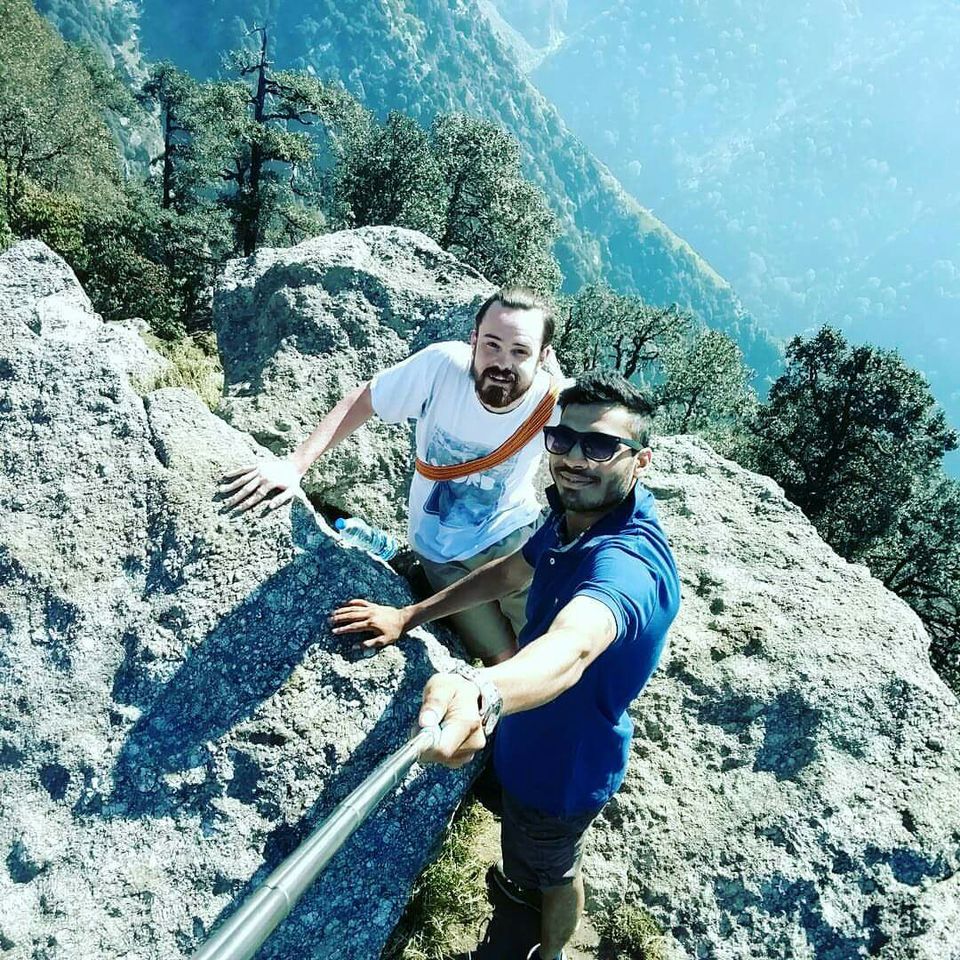