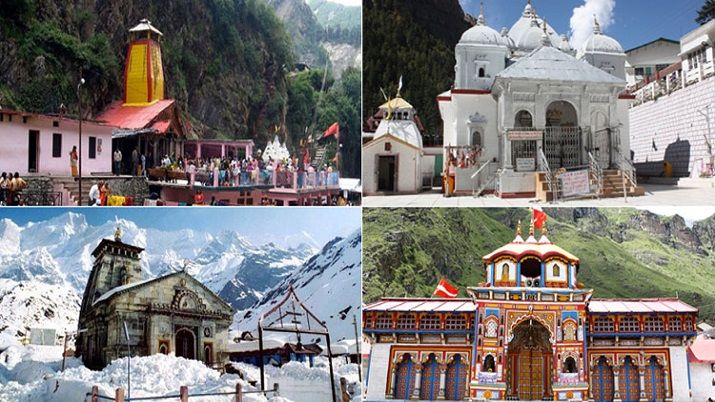 There's some relief for travellers and pilgrims as Uttarakhand government announces re-opening of Char Dham Yatra in phases. The Char Dham of Uttarakhand, popularly known as Chota Char Dham comprises of Yamunotri, Gangotri, Kedarnath, and Badrinath.

Every year, thousands of devotees and tourists visit the four Dhams. With the advent of COVID-19 pandemic, restrictions had been imposed by the Uttarakhand government to prevent the spread of infection by overcrowding. 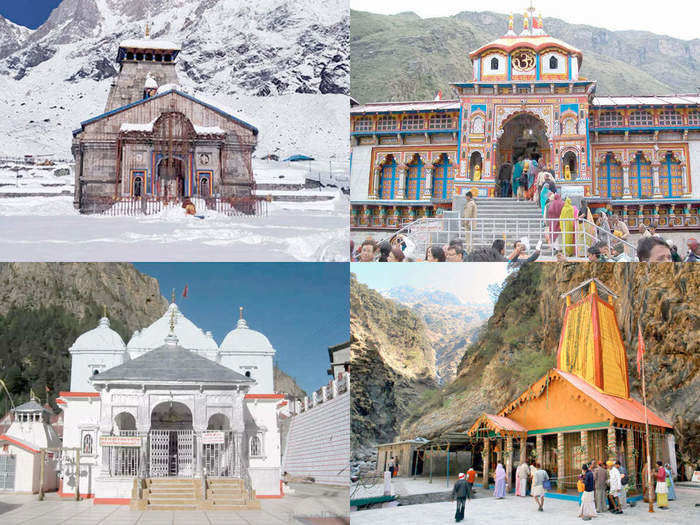 The Yatra had been reopened in 2 phases – one on 1st July exclusively for the locals and second on 11th July for rest of the people in the state. According to recent reports, starting September 18th, the Yatra has opened for pilgrims from rest of India and abroad.

The re-opening of the Char Dham Yatra is a significant step in ushering the tourists and enthusiastic travellers into heavenly abode of the gods and goddesses. Besides being a divine and holy place, the natural beauty of the entire landscape that circumference the 4 pilgrimage sites is noteworthy. The enigmatic beauty of the mountains coupled with the lush greenery is an enthralling experience. Hikers and trekkers also find the Char Dham Yatra a perfect place to quench their adventurous minds. With the conscious decision of re-opening the Yatra by the Uttarakhand government, it is sure to boost up the travels into the state.

How will the Yatra operate?

1. There will be a cap on the number of pilgrims visiting the temples. Yamunotri - 400, Gangotri - 600, Kedarnath - 800 and Badrinath - 1000. Besides only 3 people will be allowed into the sanctum sanctorum of the shrines

2. A dip into the holy kunds will not be allowed for any pilgrim

3. Touching the bells, distributing prasad and applying tika will not be permitted

4. Pilgrims must not strictly touch the idols of any of the temples

5. Social distancing, wearing of masks and any other restrictions imposed by the central government of India and the Uttarakhand state government need to be followed mandatorily

6. Hand sanitisers will be provided at the entrance of the temples

7. Live streaming of the Char Dham Yatra will be available

8. An appointed senior official for each of the four Himalayan temples will coordinate with the district administration for all the arrangements for the pilgrimage

9. Disobeying the restrictions and producing false certificates will be liable for legal actions

1. Though the shrines of the Char Dham Yatra have reopened, but there are certain mandatory steps that all pilgrims need to follow before embarking on to the Yatra.

2. Register at the portal and download the Yatra e-pass from here. All the documents uploaded into the portal must be carried in originals. The e-pass will be valid for darshan at the temple, allowing maximum 6 persons per pass.

3. Register in Smart City Portal to receive permission of entry into Uttarakhand

4. If you are travelling by commercial or private vehicles, obtain green card permit and trip chart from website of Transport Department of Uttarakhand. The website is https://greencard.uk.gov.in

5. For commencing on the Yatra, pilgrims must have either of the two - Both Covid 19 vaccination certificates (15 days older) or Latest RTPCR/TrueNat/CBNAAT/RAT COVID Negative test report (within 72 hours). People visiting from the states of Andhra Pradesh, Kerala and Maharashtra have to be mandatorily provide the negative test report along with the double vaccination certificates. You can check the guidelines here

Though there will be constant monitoring of the COVID-19 situation in the state and rest of India, yet for now travellers and devotees can plan for the Char Dham Yatra; an abode to seek the blessings of the Lord.