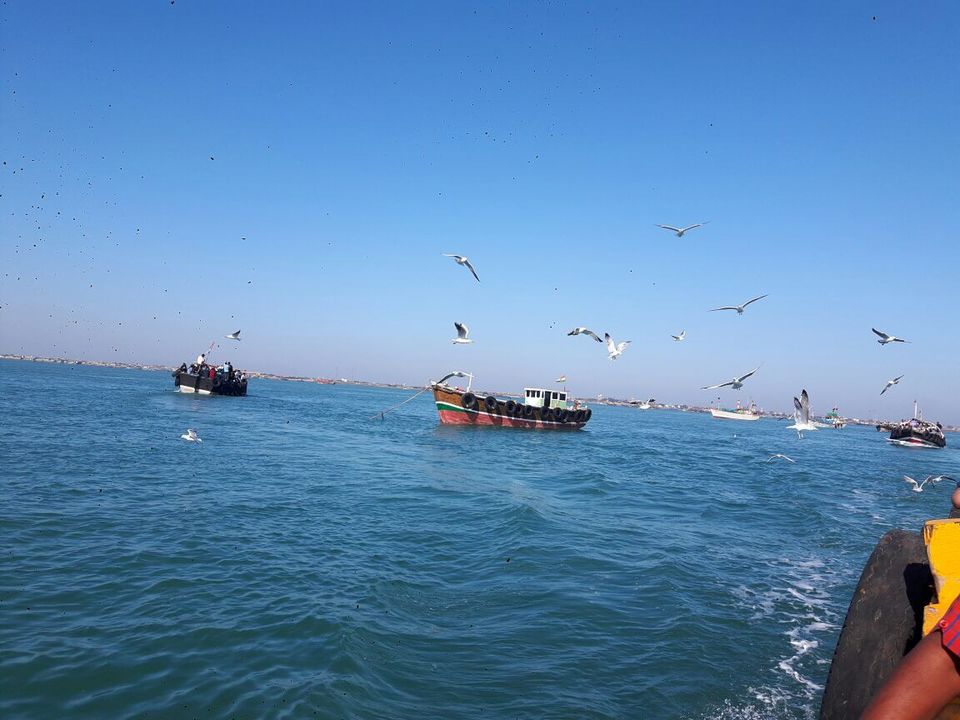 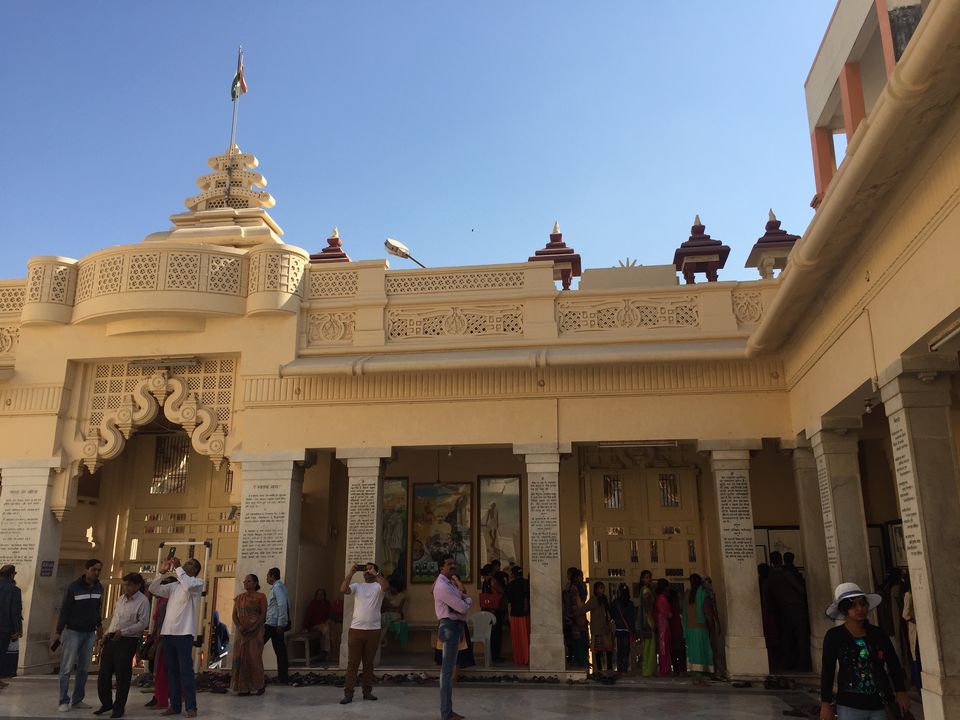 House where Mahatma Gandhi was born has been converted into museum and library. The old and original house has been held in reserve in original way. The town however is still underdeveloped and lacks basic facilities.

We reached Dwarka in 7 hrs and checked ourselves in hotel. Tourists were flooding in as it was peak season. 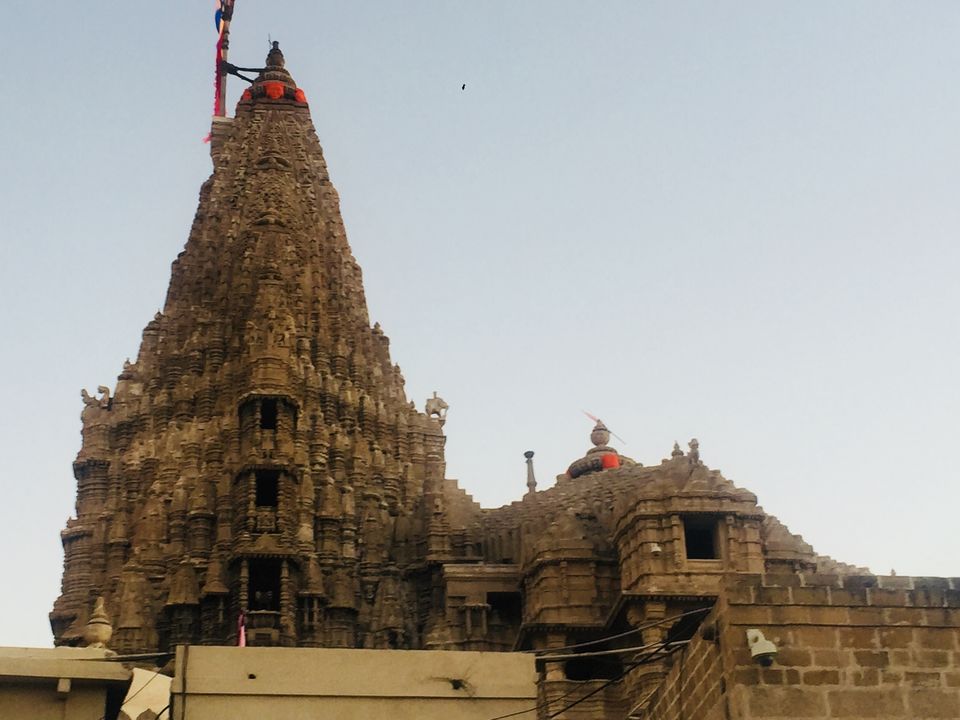 So we went to my hotel room and come down after freshening up and voila! An autorickshaw is waiting right there for me to show me around Dwarka. So he takes me on a quick trip around all the places in Dwarka. Now Dwarka is divided into three places, Gokul Dwarka, which is the main Dwarka with the Dwarkadheesh Temple, Bet Dwarka, an island off Dwarka and Mool Dwarka, which would come later on in the trip.

So the Rickshaw shows us around Dwarka. The first temple to be shown was the Gita Mandir. Quite a familiar name in the cities I’ve been to offlate. I’ve seen movie theatres and bus stops with the same name. But here Gita Mandir as per the name was a temple. The temple had an idol of the famous Gita updesh scene of Krishna and Arjuna. 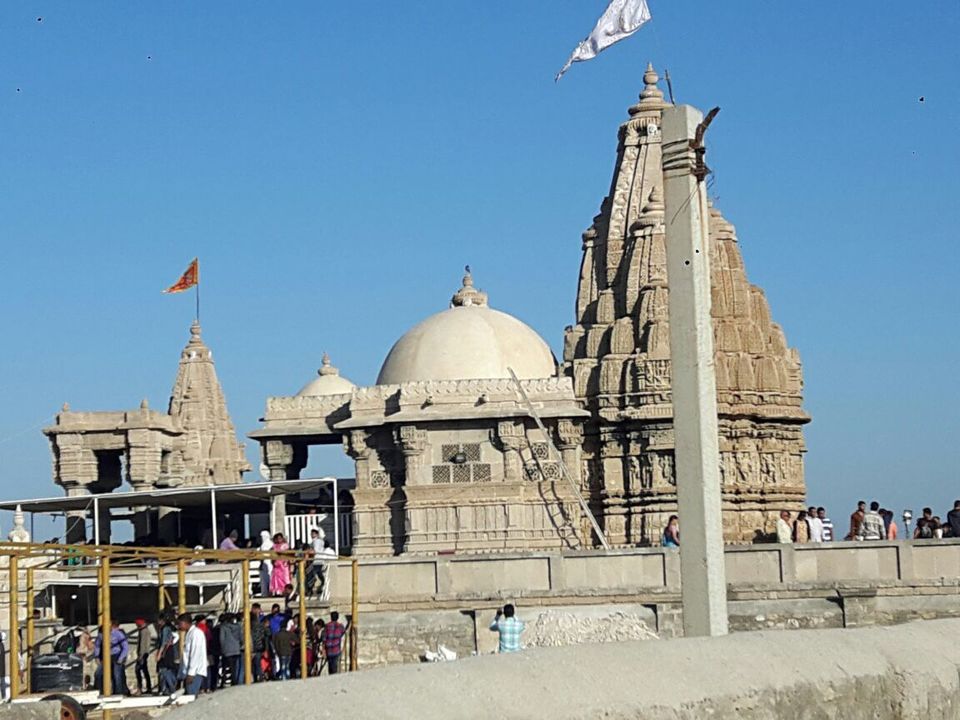 One interesting fact that the localites told us about the temple was that on Mahashivratri, the sea would recede behind the temple and the path to the temple would be absolutely dry.

From there, I was taken to a Gayatri Mahapeeth temple and a Shri Siddheshwar Mahadev Temple. Well, there’s nothing i remember about the temples. Not even the names; I had to go through the pictures to get the names. Well apart from the two temples, I might have been shown more temples but nothing spectacular about them.

Then finally the autorickshaw fellow left us at Dwarkadheesh, the main temple. One of the four main temples, a hindu should visit before he dies. Legend has it that after Lord Krishna relinquished his kingdom at Mathura, he came and settled in Dwarka. As he would leave Dwarka later on, the kingdom would collapse into the sea.

So we enter the Dwarkadheesh, a beautiful structure with intricate carvings. So the Aarti was going on with heavy drum beats.

I do not remember what the idols looked like or which all idols were there. Obviously, there had to be Krishna. But it was a great feeling, nonetheless, one that I do remember. So once the temple was over, we had a walk besides the Gomti Ghat. The Gomti River meets the sea behind the temple. The Ghat is situated at the confluence. So after a trip down the Ghat, I would head for lunch and then to the hotel for an hour long nap. After which, we had to leave for Bet Dwarka. 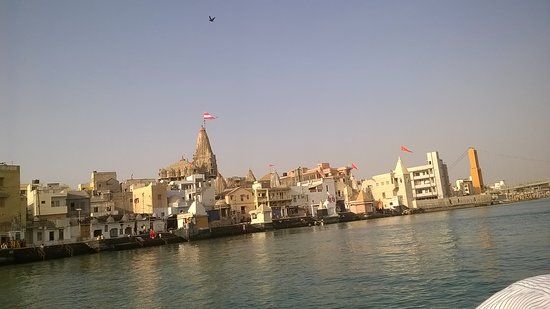 From a port, a boat would take us to Bet Dwarka. The island has another Shrine dedicated to Lord Krishna which is of utmost importance to Hinduism. The view of the temple and from the temple were beautiful. We were riding back from the temple during sunset. Phew! Exhausted from visiting all the temples. We decided to start our journey to Bhuj and Rann of kutch.