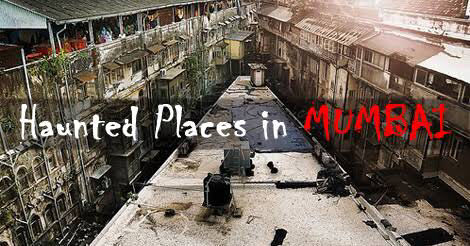 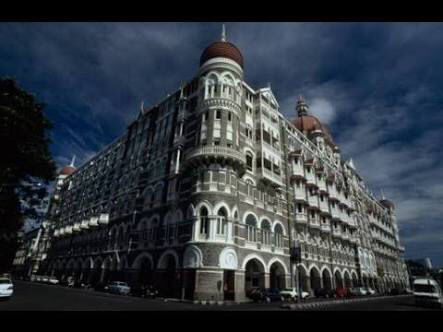 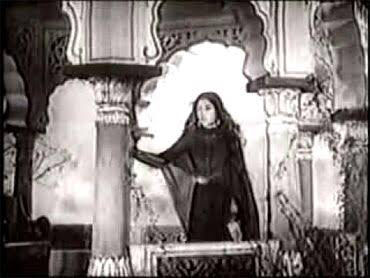 Fascination and curiosity can take you anywhere you want to. After the online and offline research for haunted places in Rajasthan, I felt like sharing the hainted places in Mumbai. It is not just popular for being the city of stardom but also the most haunted places.

Listed below are the most haunted places in Mumbai. Check them out.
1.SANTA CRUZ WEST -
Santa Cruz West is a particular area of Mumbai that is a popular haunted place in Mumbai. The spirit seen and felt is that of a woman. The veiled lady that strolls is referred as the "2nd floor ki bhabhi". So this 2nd floor ki bhabhi roams around along with the dog howls that can be heard. The story behind the lady is the fight that she had with her husband and lead to her suicide.
2. D'SOUZA CHAWL -
Mumbai is filled with chawls and D'souza Chawl is one the haunted place in Mumbai. The chawl is rumoured to be a hub of paranormal activities happening around the well and the houses around. The believed tale is the unwanted death of a lady who fell into the well. Since then her spirits haunts the local residents after the sunset
3. JOGESHWARI, 2nd FLOOR -
Jogeshwari,2nd floor of  the pink colored building  is the haunted house in Mumbai. The house on the 2nd floor was occupied by an air hostess who was murdered and later re-occupied by someone. People say that they see a woman crying on         terrace pointing towards that house as someone lives in it.
4. TAJ MAHAL HOTEL -
The magnificent hotel with an ultra luxurious glory and grandeur to its name is one of the most haunted places in Mumbai. The spirit is of the chief architect who committed suicide. While the ghost is harmless but it haunts particular areas of the hotel. The reason behind the suicide is the sudden fault of equipment revealed in the construction of the hotel.
5. VRINDAVAN SOCIETY -
Situated in Thane, this society is part of the list with the names of the haunted places in Mumbai. The society is haunted by a slapping ghost. The slapping ghost slaps all those who enter the society in the late hours. The ghost is of a middle age man living in 6B building who committed suicide.
6. SANJAY GANDHI NATIONAL PARK -
The national park is a huge one located in northern suburbs of the state. It is one of the famous haunted places of Mumbai where more than animals the phantom wanderer is seen asking for lift from the passerbys.
7. SNDT GIRL'S COLLEGE -
Imagine yourself hearing the sounds of the cries of children,multiplication table and slapping at 2 AM! Isnt it hard to gulp it down. A lot has been investigated over these haunting things but nothing could be known.
8. TOWER OF SILENCE -
Located on Malabar Hills, the tower of silence is just a place where silence prevails in. It is one of the haunted places in Mumbai which has no story but a Parsi ritual. The ritual is to leave the dead body open after the death which keeps the environment clean. It is the scariest thing to walk down the tower between the open dead bodies.
9. MUKESH MILLS -
The mills are famous for being the most haunted places in Mumbai. Built in 1870 the mills are now barren after the fire. It used as a shooting location. The story behind the deserted mills is a TV actress who was possessed by a ghost and warned everyone to clear the place in a hoarse voice.
10. RAJESH KHANNA'S BUNGALOW-AASHIRWAAD -
The house was always known to be haunted and thus was bought by Rajendra Kumar.The house proved to be a lucky one for him as he turned rich and wealthy. Later the house was bought by the star Rajesh Khanna and brought him good fortune as well. But the curse on the house stayed and eventually things started declining. Rajesh Khanna's personal life,career or anything took a downfall mmaking this a known haunted house in Mumbai
The most haunted places in Mumbai have the funniest stories or rituals associated to them. Some of them though funny have a real spooky side that sends shivers down the human body. Simultaneously it brings a curious things within us to visit the haunted places in Mumbai. Isnt it?
Check out other articles on - The Bhangarh Fort Story , Asia's Most Haunted Place, Bhangarh Fort Incidents , Most Haunted Places in India, Most Haunted Places in Bangalore , Haunted Places of Shimla , Most Haunted Places in Rajasthan , Haunted Places in Gujarat
SPONSORED
Want to book a similar trip?
I accept the Terms of Use and Privacy Policy of Tripoto.
SPONSORED
Tagged:
#Haunted Places In Mumbai