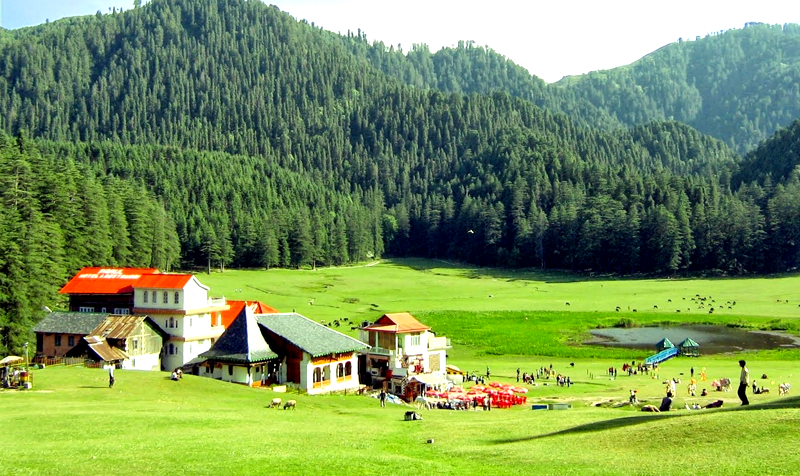 Cafés and restaurants had been asked to leave because the high-altitude meadow fell in forest land and no commercial activity was allowed in such places, Parvati Divisional Forest Officer (DFOs) Hiralal Rana told The Times of India.

Famous for its hot springs, Kheerganga is located on the top of the picturesque Parvati Valley in Himachal Pradesh’s Kullu. Over 50 cafés had set up illegally at Kheerganga causing immense damage to the ecologically-sensitive environs of the trekking destination.

While tourists can still visit and camp at Kheerganga, they will require a permit from the forest department. Also, the tourists will have to collect all the trash they take with them.

The order to remove commercial establishments in Kheergana will have adverse effects on tourism in Kullu district. A similar ban was imposed in Rohtang, Solang and Marhi in July 2015. Back then, the National Green Tribunal had imposed a blanket ban on commercial activities in the three popular tourist destinations.

The DFO said eatery owners were given enough time to leave the meadow. “We have not imposed a ban on anything. These activities were already not allowed there,” the DFO added. “The owners understand the complications. In fact, before they started leaving, we organised a meeting at Barshani, a village near Manikaran from where most people trek to Kheerganga. We, in fact, extended the deadline from April 25 to May 25, so that people could recover the amount they had invested in camps.”

Such had been the extent of commercialization in Kheerganga that permanent brick-and-mortar structures had established there even though there was no road access, Pradeep Sangwan, the founder of Healing Himalayas, an NGO which has been organizing treks for cleaning up trails, said.

“It had turned into a hotspot for parties. A lot of trash was being produced here,” he said. “Its face had changed in the past 10 years. This move will help Kheerganga return to its original self.”

While most of us are going to blame the authorities for the removal of eateries and lack of facilities in Kheerganga, the need is to realise the fault on our part. Though we long for cleanliness, beauty and convenience wherever we go, how responsibly do we actually behave as tourists or visitors decides the fate of the place.

Nature has bestowed its beauty and bounty everywhere on this earth and its our turn to take a pledge to do our bit for the environment. You won't really need to start a cleanliness drive if you make sure to not liter around.

Here are a few articles where Tripoto staff writers have talked about responsible travel, adverse effects of mass tourism and how the spirit of animals is being sold to tourists.

Closure of Maya Bay Beach: A Scream For Sustainable Tourism! by Priya Pareek