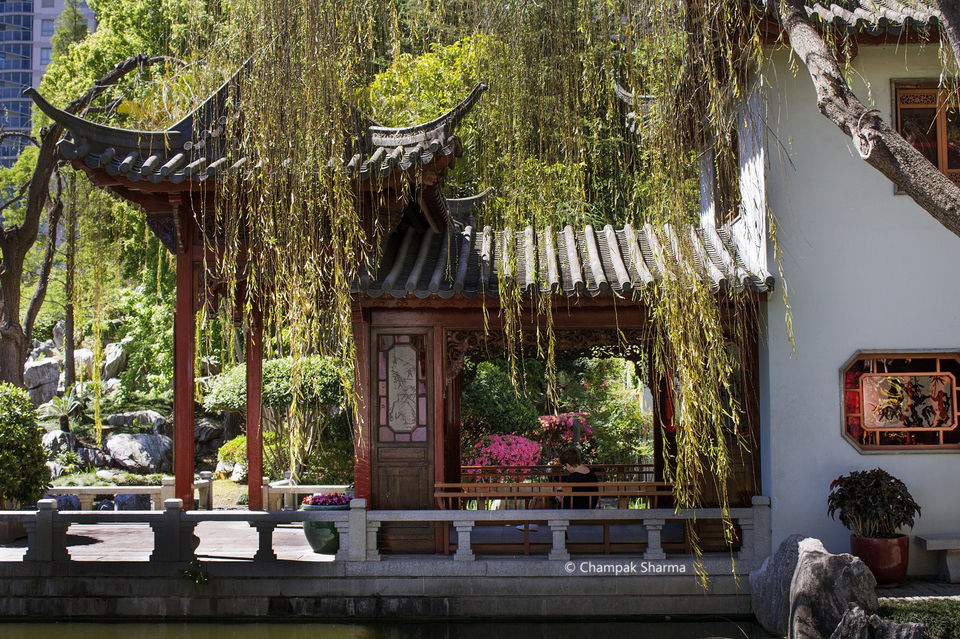 My sister struggled to keep pace with the three persons walking ahead – Raj Di and Sagar Da – our close friends and myself. We were heading towards the Quakers Hill station, the train to Town Hall was to arrive in the next few minutes. It was a nice morning stroll (for my sister - partially a run) through a peaceful and pleasant neighborhood complete with lovely gardens in front to the striking architecture of the houses.

At the station we waited to begin a ‘standing’ journey to our destination - we were anticipating a busy weekday. Once onboard, as expected, four of us had to stand near the entrance space of the coach. It was amusing to me and my sister– because we could see a number of middle seats being vacant in front of us, yet there were a handful of people who chose to stand, including us who had followed our two local guides’ preference not to occupy any seat. Curiously we asked and learnt that people usually preferred not to squeeze in between and maintained a space of their own. We remembered the over packed trains back home with people seen hanging out of the open doorways. And of course there was no question of any space spared between seats – the usual three-seater accommodated four to five persons depending on the commuters’ height and weight!

A few minutes over thirty and we were at Town Hall, a heritage-listed underground station in the heart of Sydney’s Central Business District (CBD). The station is named after the Sydney Town Hall located above it. Paths link the station to nearby shopping arcades including the dazzling Queen Victoria Building, The Galeries and Town Hall Square. From here our group was to split for the day – we bid adieu to Sagar Da as he proceeded towards his office, while Raj Di guided us along the maze of the bright bustling shops. She introduced us to two favorite joints of hers, from where she often picked up a quick breakfast and packed sushi for lunch. We happily picked up a few items (‘feeling like a local!’). We walked across the Victoria Building, admiring the heritage grandeur. It’s an amazing combination – the Victorian architecture and the crowd around which mostly had people in business suits on their way to offices. We saw off Raj Di below her office building (it overlooks the nearby Darling Harbour), and now it was us ‘the tourists’ on our own for the day to explore the city.

We began strolling towards the Pyrmont Bridge a few meters away, in the background we could see ‘Darling Harbour’ inscribed in bold red letters. I picked up the lens, finally, we were exploring Sydney!

The current Pyrmont Bridge had opened in 1902, and from 1981 onwards motor vehicles have been diverted from its route. In 1858, a wooden bridge marked the route, now it was the hundred plus years old steel structure. This is one of the world’s oldest swingspan bridges.

We walked into the thin crowd of pedestrians and cyclists, rows of colorful flags fluttered high on both boundaries of the bridge. Indeed it was a pleasant morning.We could see the skyline dominated by the skyscrapers – names of many a global brand mounted upon the tall structures. Somewhere in two of those buildings, our friends might have got busy with their office work.

We peeped down from the bridge to find the Aquarium Wharf right below. The Sea Life Sydney Aquarium was just next to it. We were to visit the place later that day. Madame Tussauds Wax Museum was also located nearby. On the other side of the bridge was the Cockle Bay Wharf, famous for its culinary experiences. We climbed down the staircase and stepped onto the sidewalk of the Cockle Bay, our next destination was the Chinese Garden of Friendship.

We walked past office buildings of distinct architectural designs – admiring the structures, and were soon beside the strikingly modern International Convention Centre. Amidst this commercial business center, it was amazing to find extended open spaces, areas marked and fitted out with hands-on equipment for general public to exercise, and sidewalks lined with green foliage. The Tumbalong Park was a welcome scene of freshness in the middle of Sydney’s business quarters. 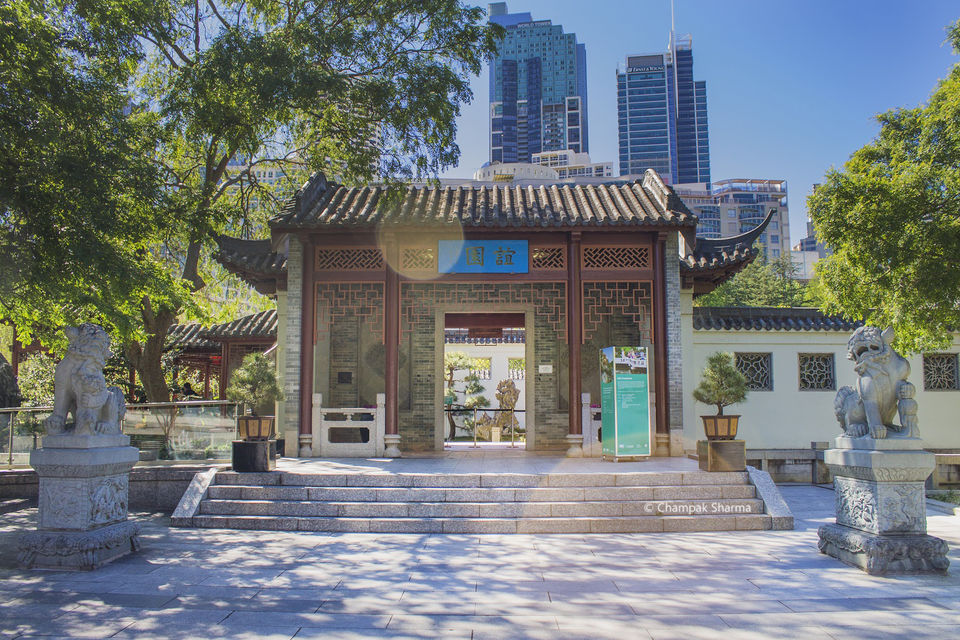 A few steps ahead and we were at the entrance of the Chinese Garden. A traditionally decorated façade seemed to radiate the positivity from within the place. We bought our entry passes and followed the arrow-sign showing the way. Within moments we found ourselves amidst an amazing setting from ancient China. The garden has been designed by Sydney’s Chinese sister city Guangzhou and modelled after the private gardens of the Ming Dynasty. 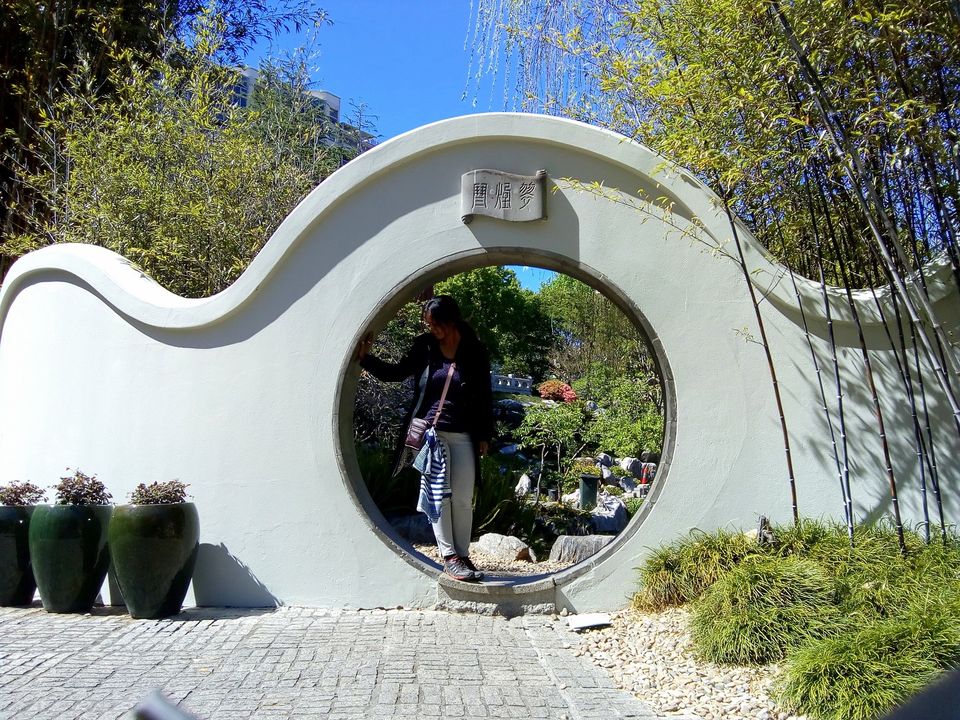 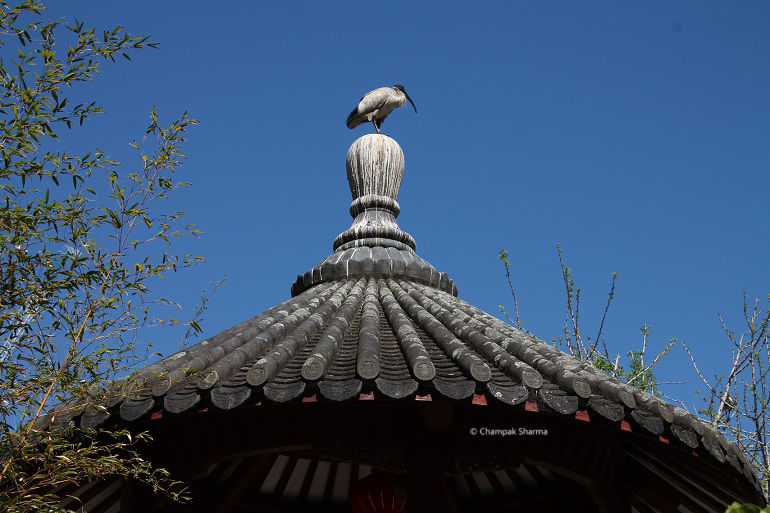 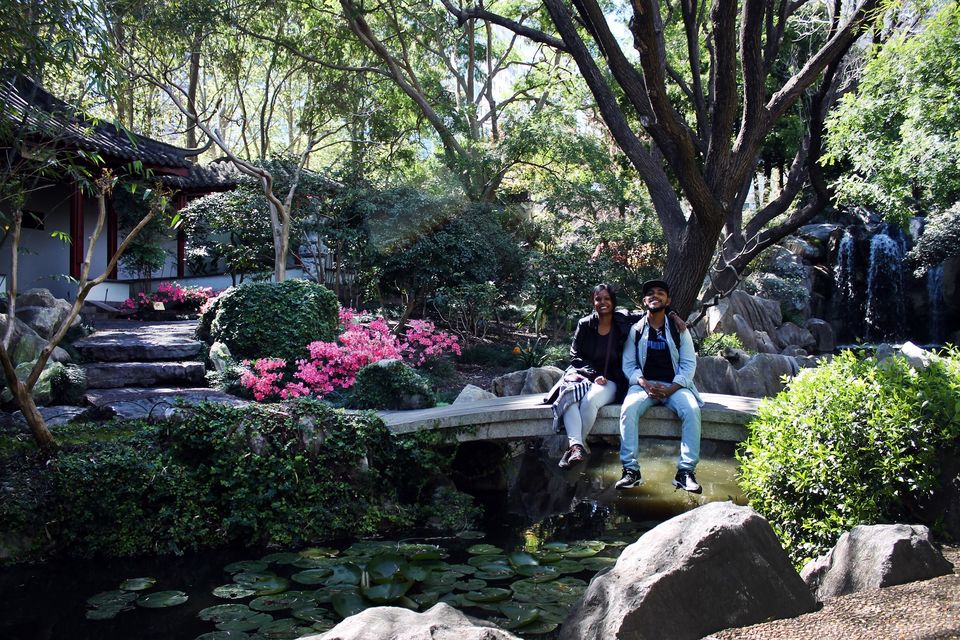 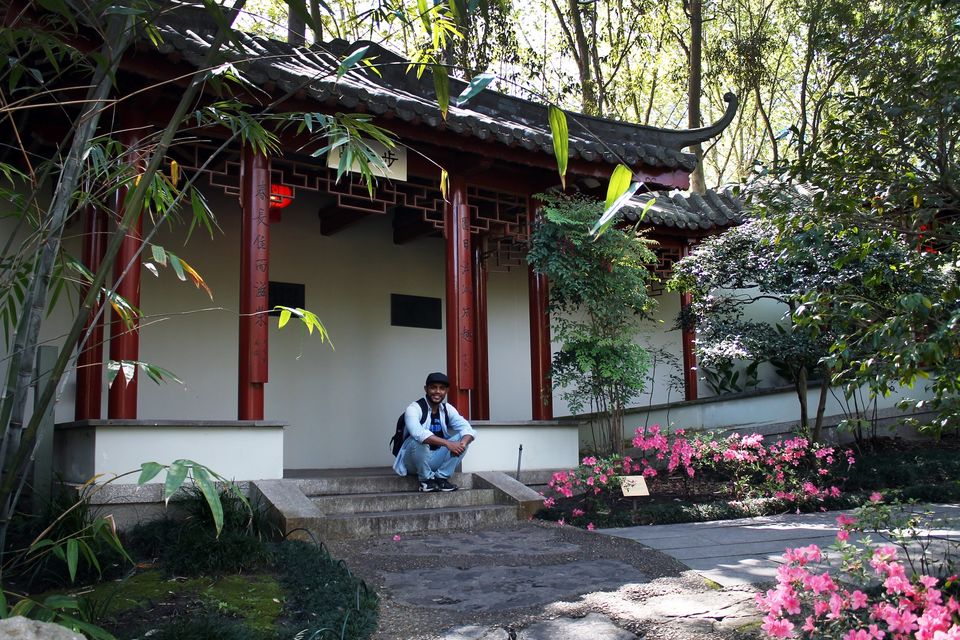 Calm and serene, this estate would envelop one in a peaceful warmth. From traditionally designed architecture of houses to a ‘moon gate’ entrance to a private garden, from colorful murals on the walls to bright hues of the exotic flowers all around, from waterfalls and lakes to abundance of willow trees – the place overwhelmed us with wonder! It was an incredible realization that a bustling city was just a few steps away from this place enveloped in the colors of Chinese heritage and culture. We leisurely explored the garden for more than a couple of hours, sitting around occasionally in one of the traditional pavilions – letting the calmness sink in. 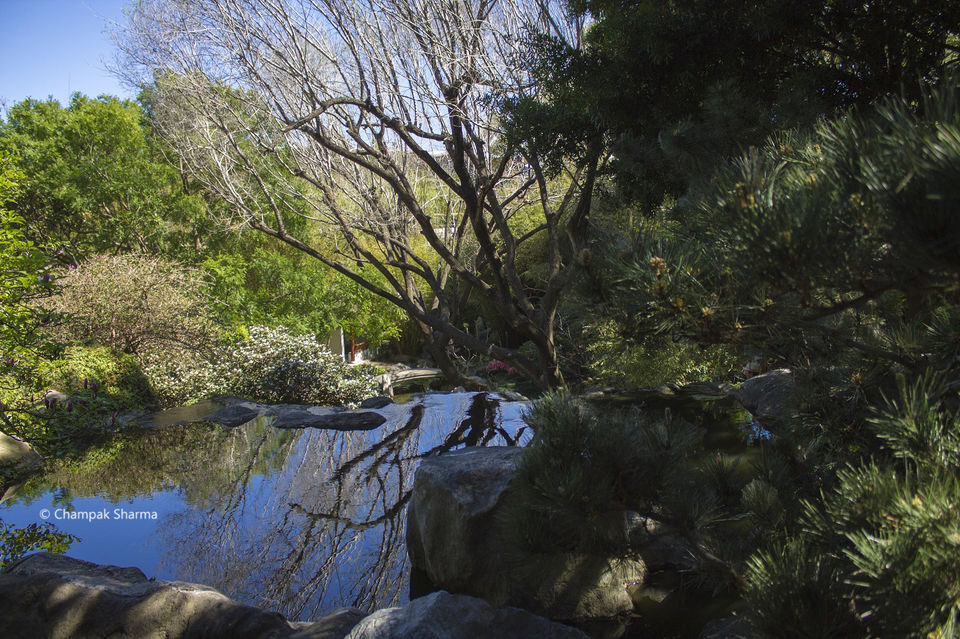 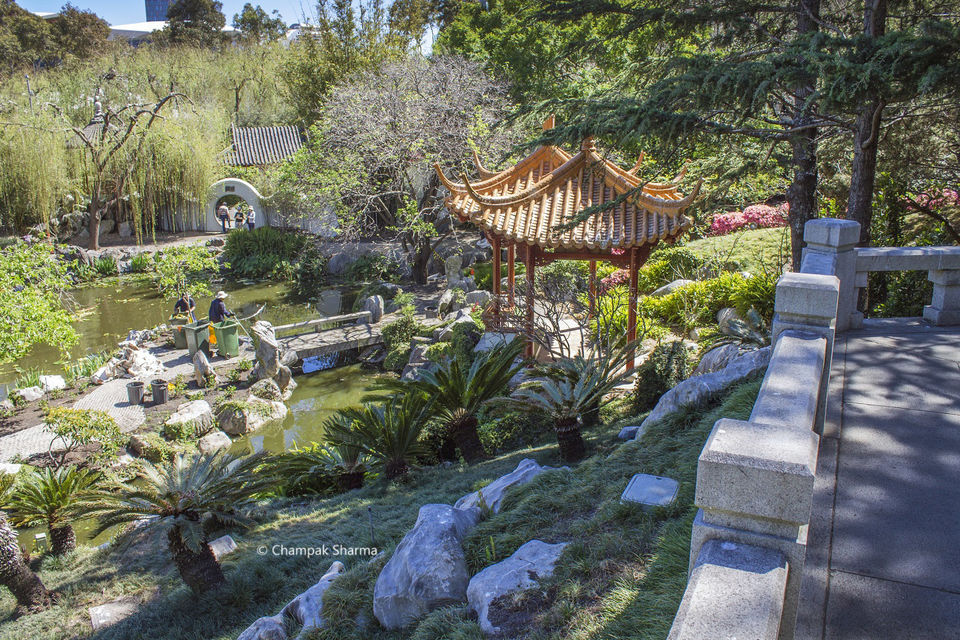 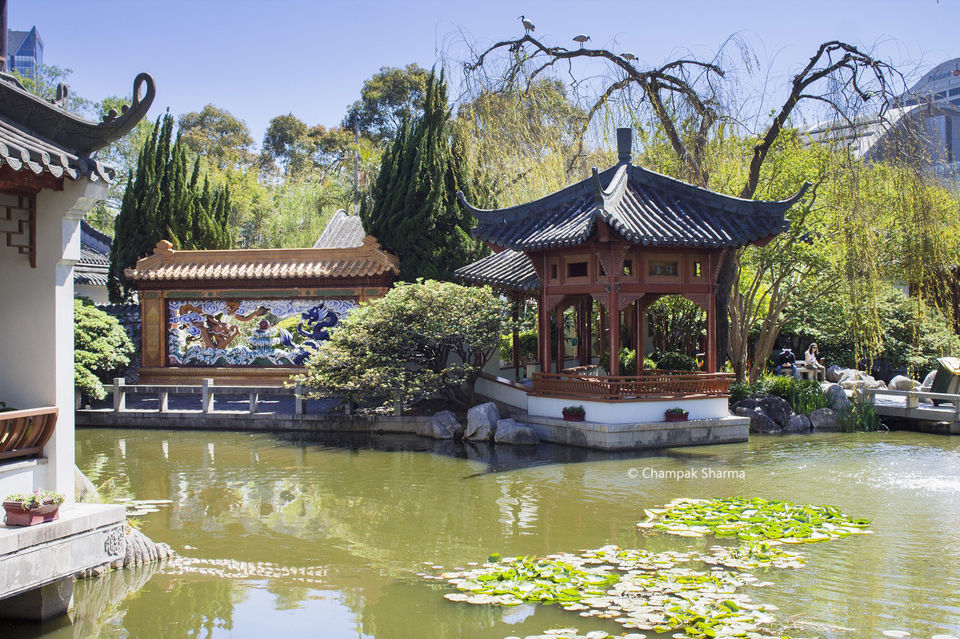 Leaves of the willow trees moved in the gentle breeze, lotus blossoms floated upon the waters, and adding to the landscape were a variety of birds chirping around. From tiny cute birdies to large ibises carrying around dry twigs – the garden just felt so complete.

At a corner we found a group of children running around looking for hidden clues for a treasure hunt…a perfect setting for the game! At another, we saw a banana tree on display – with an elaborate description of it. For us – people growing up in India where a banana tree is a household name, it was an amusing experience. We did not miss to take a photograph there! 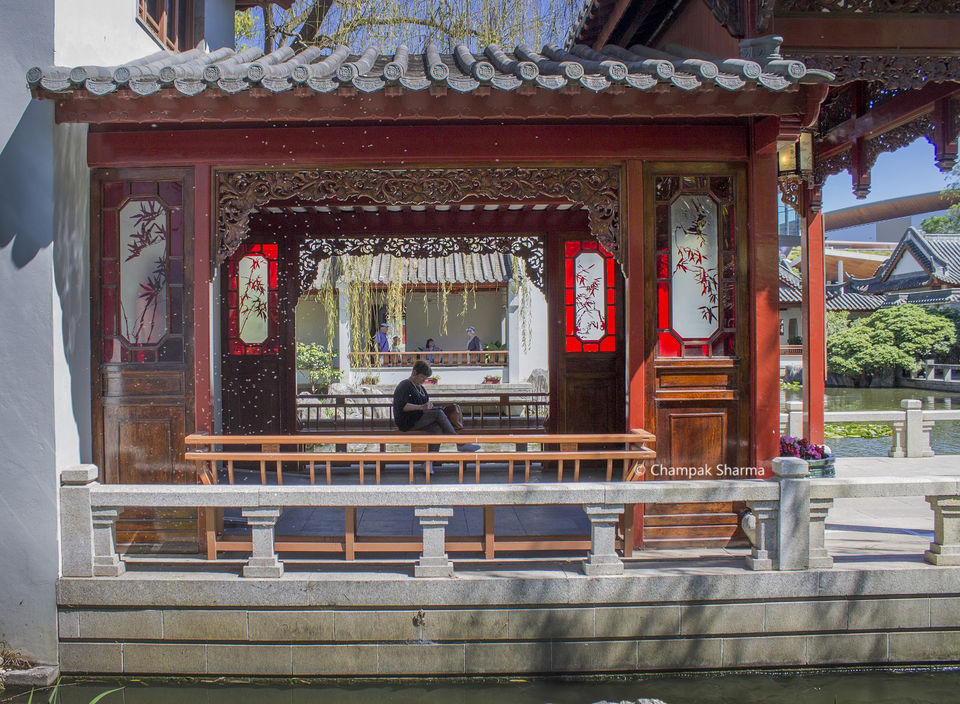 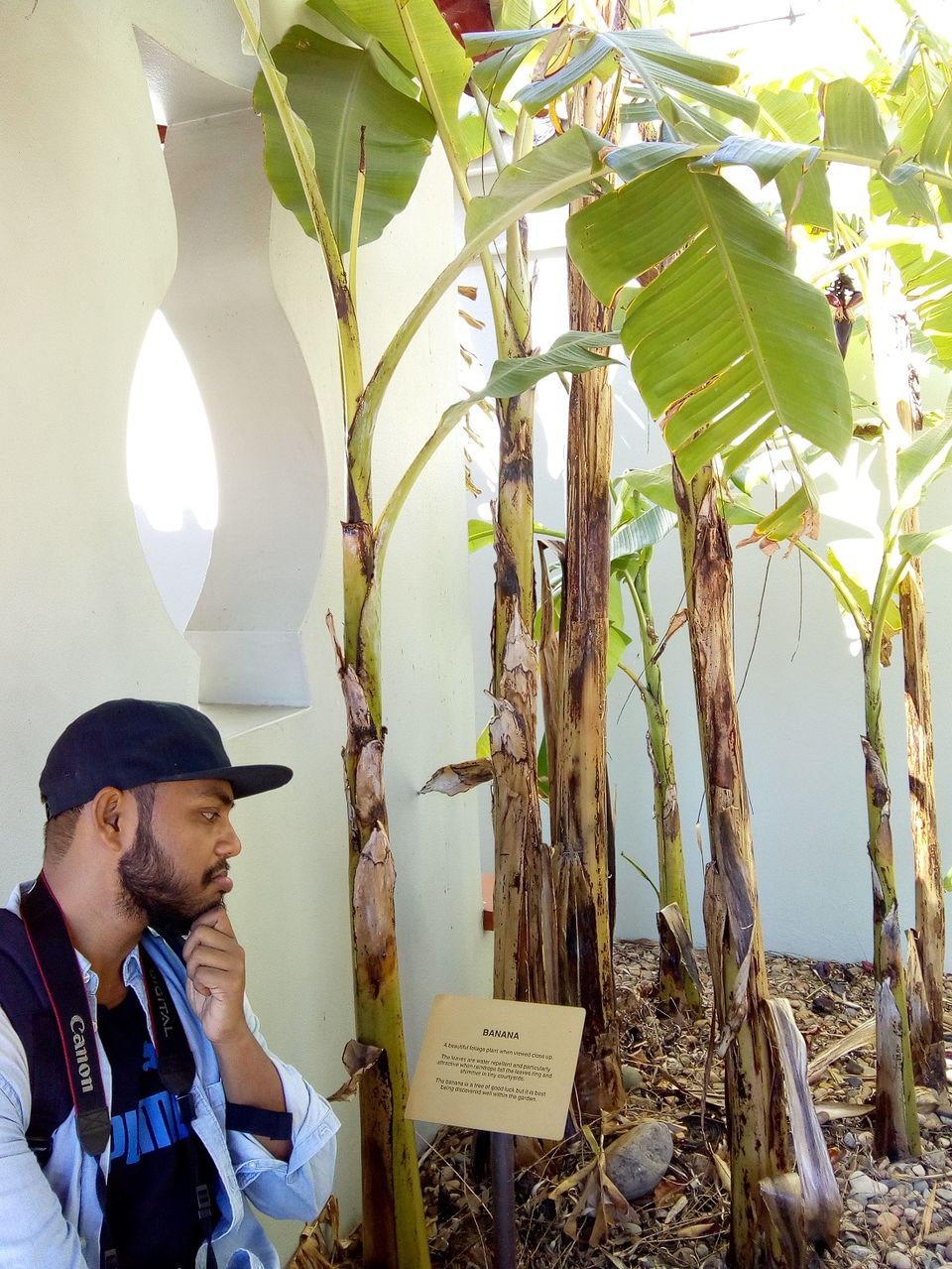 With photographs clicked to hold onto memories from the precinct, and a couple of authentic Chinese delicacies tasted, we stepped out ’into Australia’ once again! 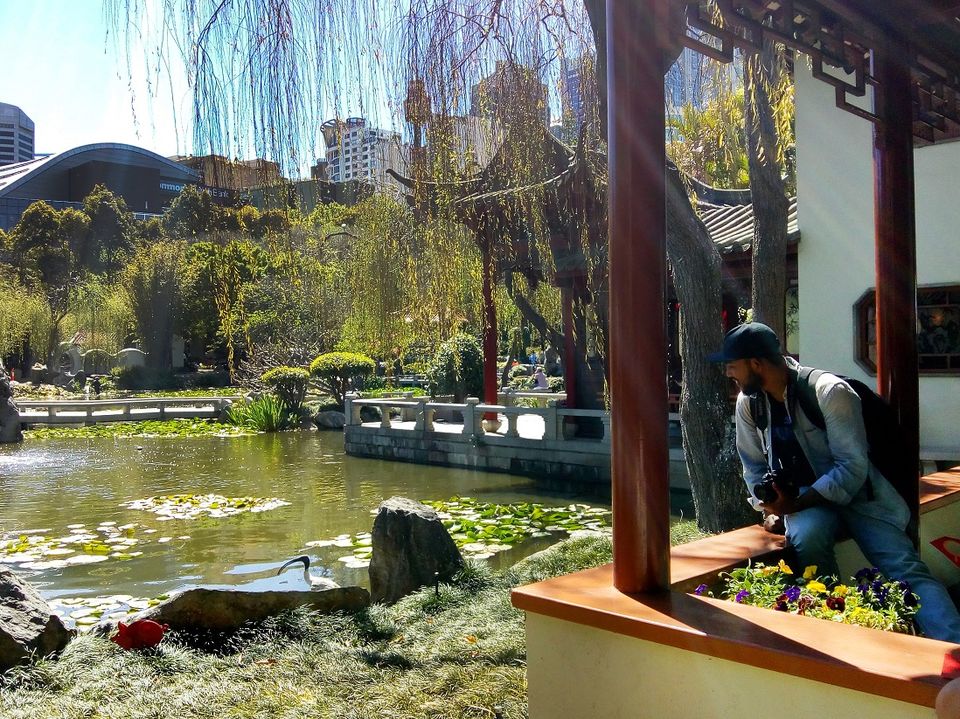 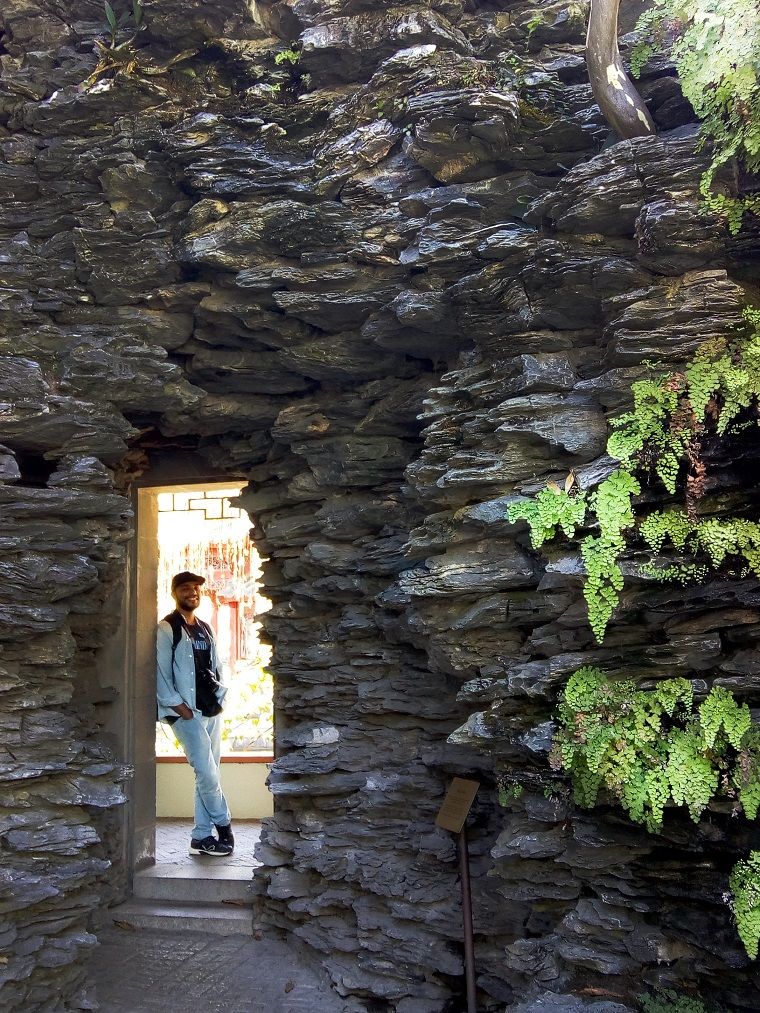 In case you want to know more about the trip, please feel free to reach out to me at champographie@gmail.com

Would be delighted if you visit/follow me @