Northern Ireland: In the footsteps of a giant 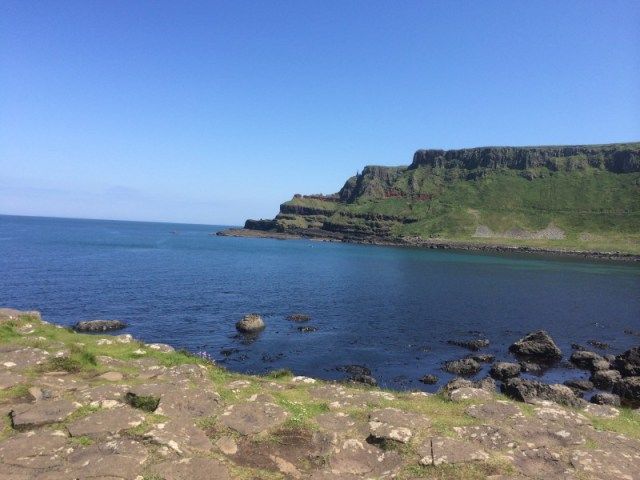 Walkway to the Causeway 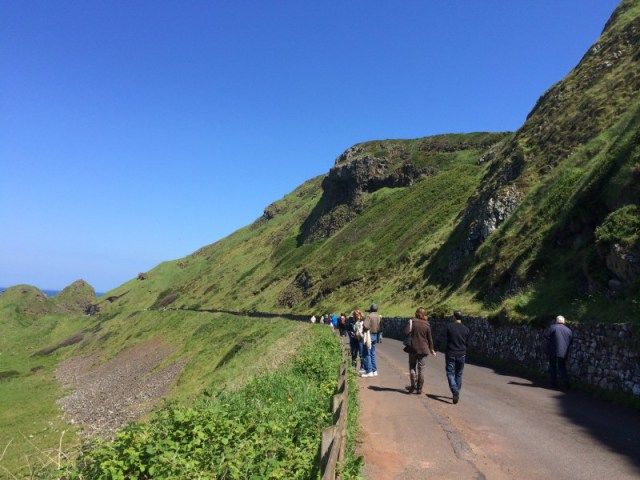 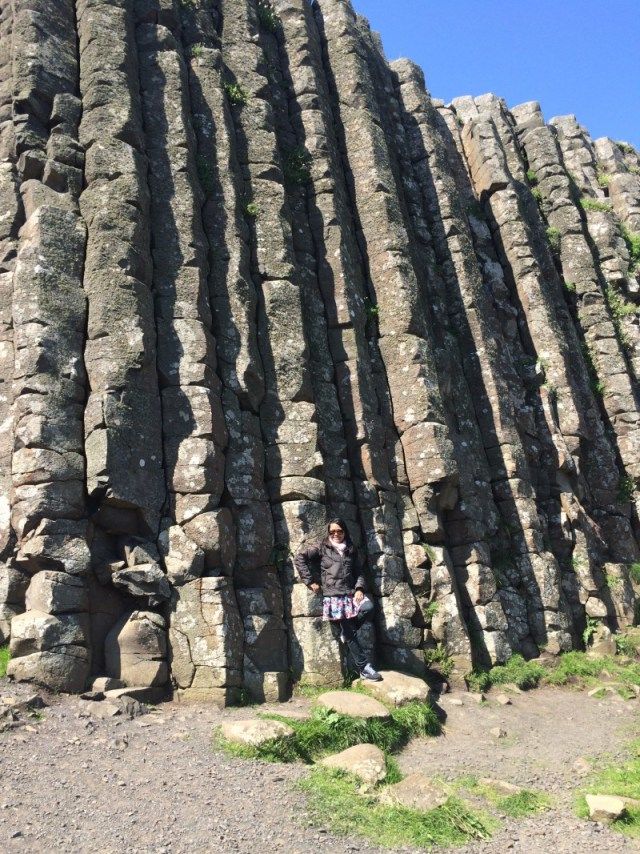 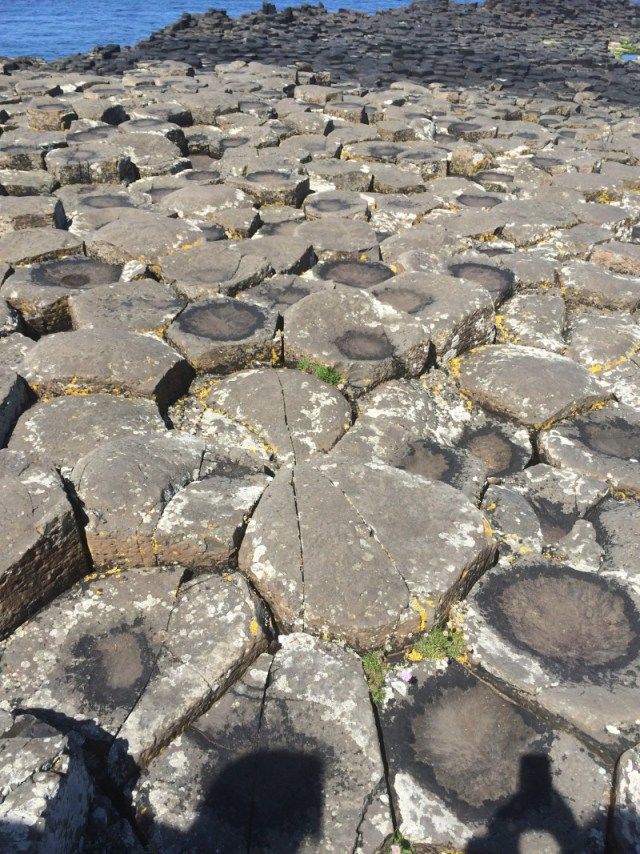 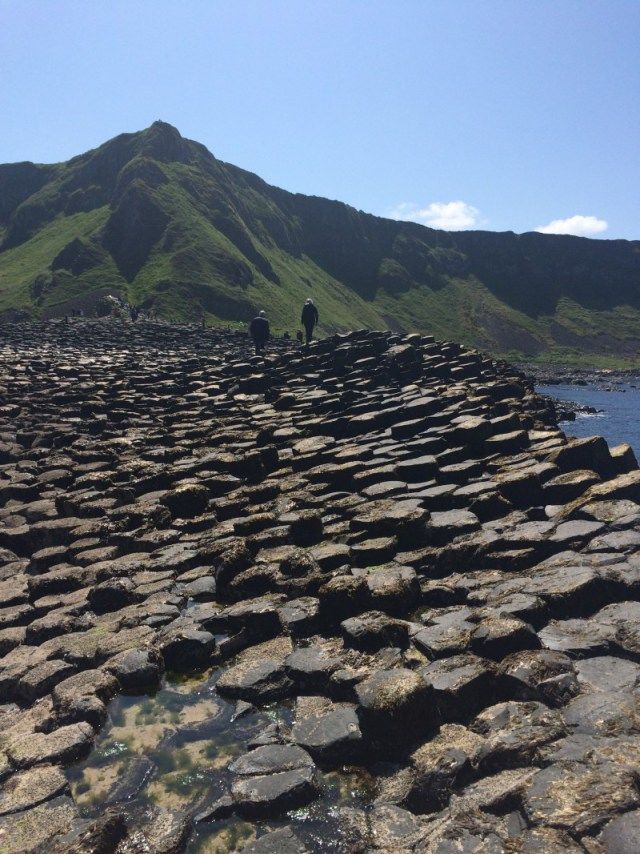 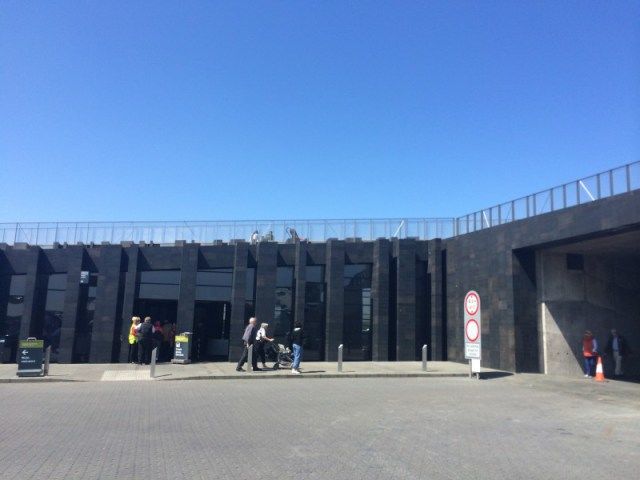 Close-up of the basalt columns 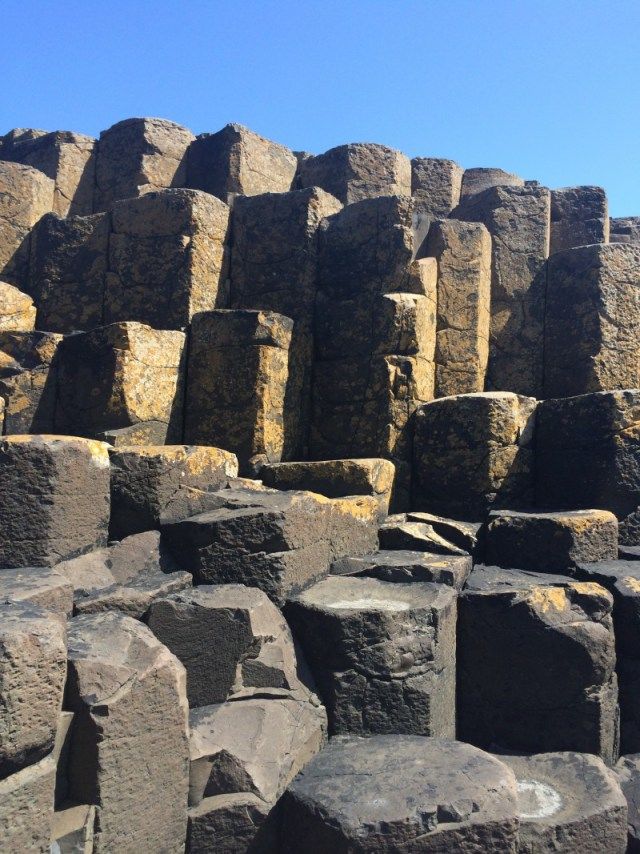 Located in the North coast of Northern Ireland in County Antrim, about two miles north of Bushmills and 13 miles from Balllycastle, is the Giant’s Causeway, a striking landscape of basalt columns, whose origin is steeped in myth and legend.

Before turning towards this magnificent landscape, a sign says ‘an area of natural outstanding beauty’. True enough, as you walk down the path, the glimmering azure waters of the Irish sea on the left and the verdant mountains on the right cannot fail to take your breath away. As such it is the only World Heritage Site in Northern Ireland. Although I would say the rest of Northern Ireland is worthy of being included on the list.

The Giant’s Causeway was first discovered by the Bishop of Derry in 1692 although it was Sir Richard Bulkeley who reported to the Royal Society about the natural occurrence on Antrim’s northern coast. The Giant’s Causeway was then documented the following year. Soon after debates on its origin arose – whether it was a natural formation, formed by men or shaped by Finn McCool, a giant well known in Irish and Manx folklore.

Perpetuated mostly by tour guides, legend has it that it was carved out by the mighty giant Finn McCool. But one popular version says that as Finn was preparing a pathway in the sea towards Scotland to avoid getting his feet wet, he was told that the giant Cuhullin (another Irish hero) was on his way to fight him. Realising that he cannot beat Cuhullin, Finn connived with his wife Oona who dressed Finn as a baby and put him in a cradle. When Cuhullin arrived Oona tricked him into eating a griddle-cake with iron in it which chipped Cuhullin’s teeth. But when Oona showed Cuhullin that her baby (Finn in disguise) ate the griddle-cake without any problem, Cuhullin tried to feel Finn’s teeth to see how sharp they were. Finn then bit off Cuhullin’s little finger, which was the source of Cuhullin’s power. Cuhullin then shrank to the size of an ordinary human and scampered in shame.

Other story goes that the Scottish giant Benandonner challenged Finn to a fight. When Benandonner came and saw the baby (Finn in disguise) in the cradle, he feared the baby’s father must be gigantic so he fled back to Scotland while pulling down the causeway behind him so Finn could not follow. Similar basalt columns can be found on the pyramid-shaped rock islet called ‘The Herdsman’ just off the Isle of Staffa in Scotland.

Traditionally though it is believed that the Giant’s Causeway was caused by a volcanic eruption 60 million years ago. The formation of the polygonal columns of layered basalt was due to intense volcanic activity that lasted for at least three periods resulting to the Lower, Middle and Upper Basalts.

Today the area is maintained by the National Trust. A state-of-the-art Visitor Centre reflecting the Giant’s Causeway has been established offering keepsakes and insights into the history of the area. Whether guests believe the Giant’s Causeway was formed by men, by nature, by giants or by God is entirely up to them. But personally, as breathtaking as it is, spanning 71 acres of outstanding natural beauty, the Giant’s Causeway is undoubtedly a reflection of God’s glory and is definitely worth a visit if not a thousand visits.