The Ultimate Day Tour of Northern Ireland For Every Game of Thrones Fanatic!

Game of Thrones is everywhere! Even those who don’t watch the Emmy Award winning show know about it, thanks to its obsessive fan base which is spread all across the world. Being one such diehard fan, I couldn’t pass up on a chance to experience the real-world locations from the show in Northern Ireland, on my visit to the United Kingdom last year.

The full-day tour covered quite a few locations, but unfortunately did not include the Winterfell Castle (Next time!) So our first stop was Carncastle in Ballygally, which had the entire outdoor set for Castle Black and the Wall. The entire area was cordoned off so we couldn’t actually go on the set, but being so close to the Night’s Watch stronghold was surreal enough for all the fans aboard the bus, to elicit excited cheers. 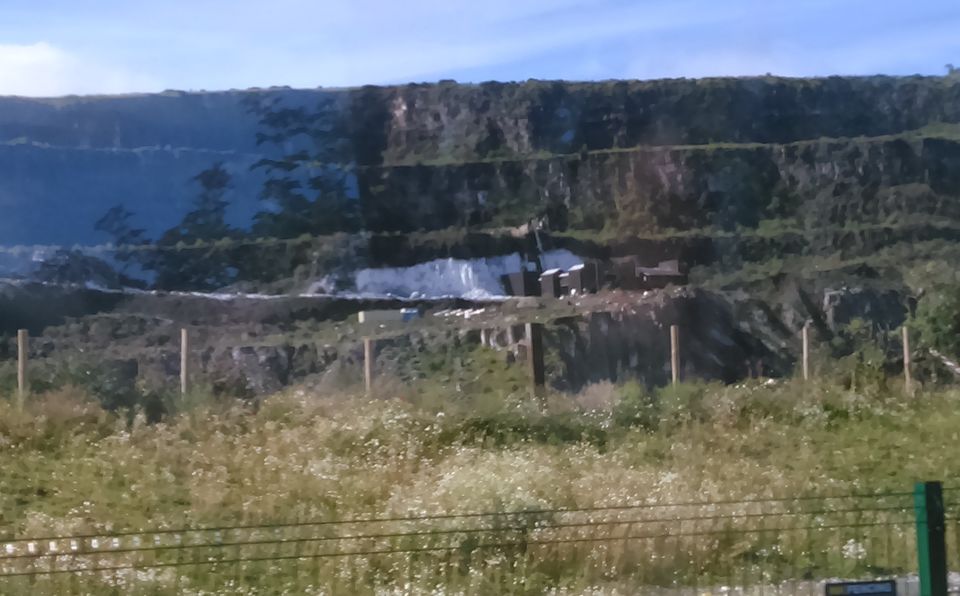 The Cave Where Melisandre Gives Birth to a Shadow Baby 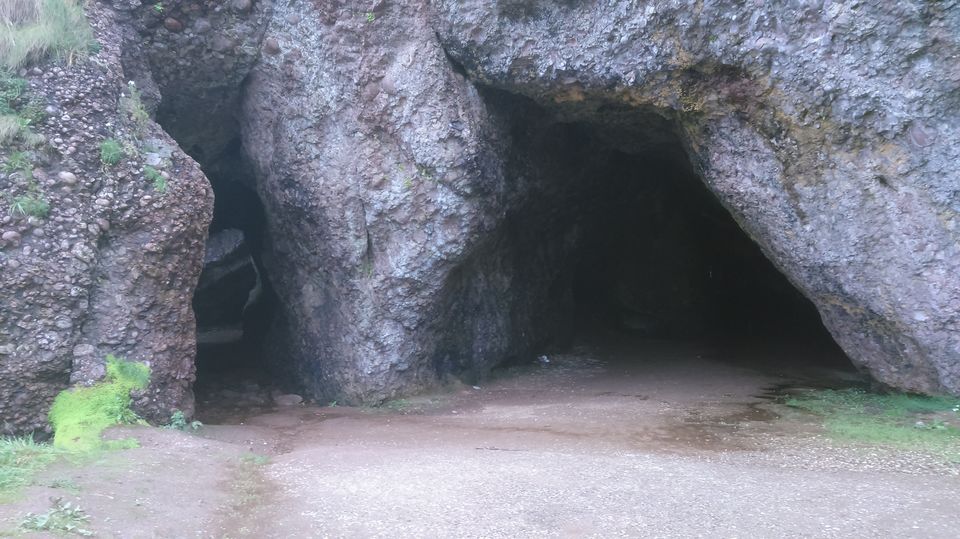 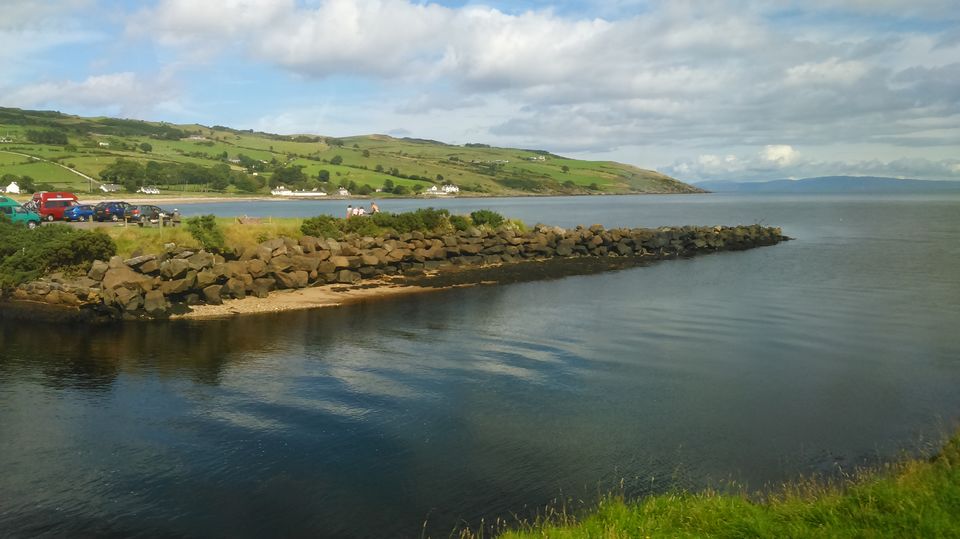 Next up was the Carnlough Harbor which served as the place in Braavos where *spoiler alert* Arya gets stabbed in season 6. Once again, the calm water at the harbor along with the fluffy, white clouds and the lush green scenery of the place gave us unforgettable views of County Antrim.

Where Arya Gets Stabbed & Jumps in a River in Braavos 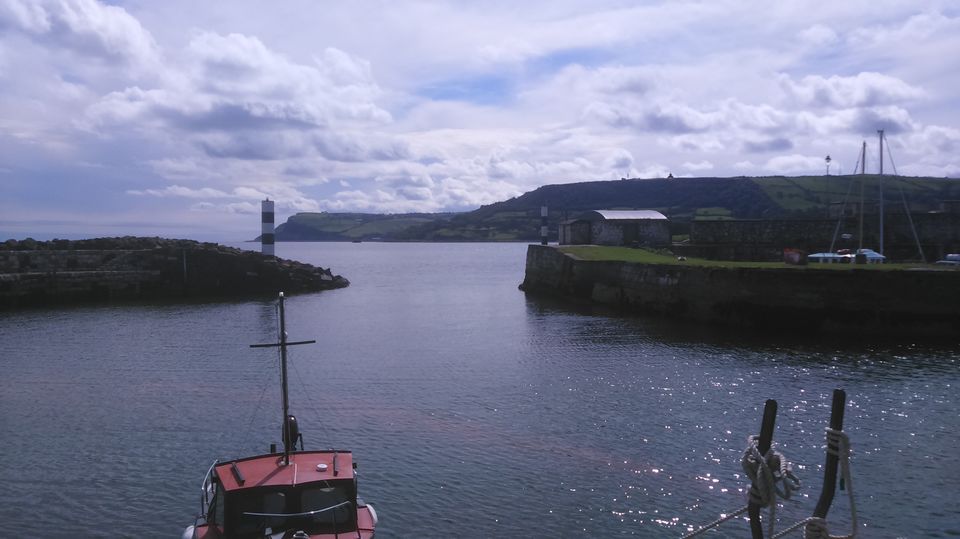 Our next destination was the Carrick-a-Rede Rope Bridge in Ballintoy, which is maintained by the National Trust. Although the bridge looked quite wobbly and was at a considerable height from the sea, I was ensured that it is very strong. So I decided to pay 5 pounds and “risk my life” to get to the other side and back. But let me say this, the exhilarating experience that followed was totally worth every penny! Standing atop the mountain, listening to the water softly crashing on the land below, while gazing at the endless expanse of the blue-green sea and sky, has been one of the most satisfying and mesmerizing experiences of my life. The scene from season 2 when Brienne of Tarth is first introduced, along with a scene involving a dialogue between Catelyn Stark, Renly Baratheon, and Stannis Baratheon, were shot here. The same location was also used to film the coronation ceremony of Euron Greyjoy in the latest season. 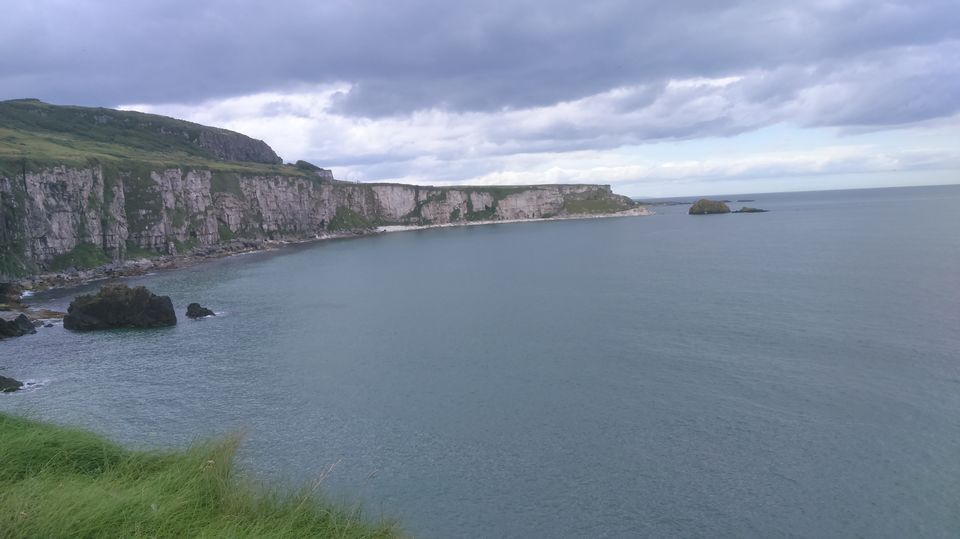 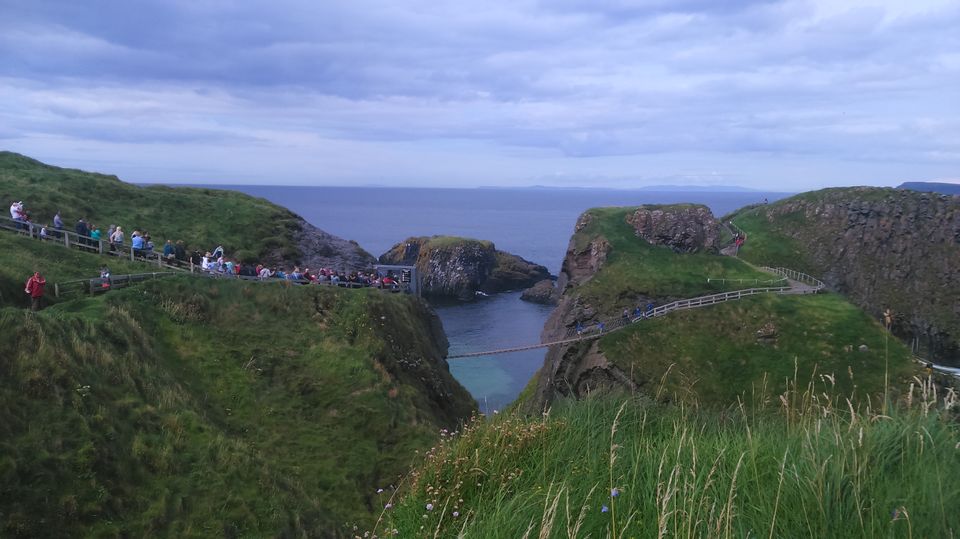 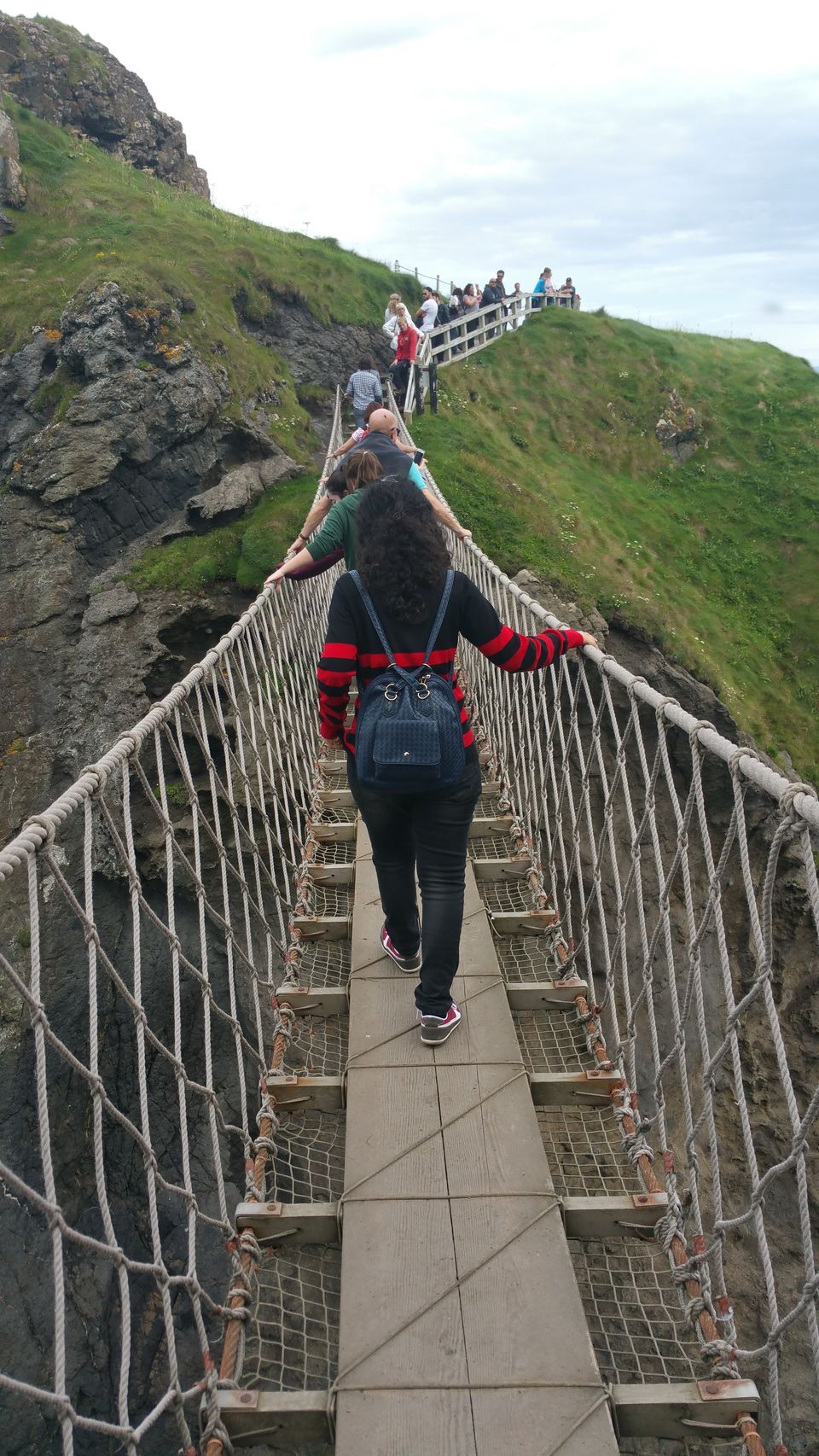 The second last destination of the tour was The Giant’s Causeway. Although it has never been used in the show so far, this UNESCO listed heritage site is one of the most famous tourist attractions in Northern Ireland, and therefore a must-visit for anyone touring the country. It consists of a wide expanse of interlocking basalt rocks formed during an ancient volcanic eruption, along the North Eastern coast of Northern Ireland. The hexagon-shaped rocks are so perfectly stacked in columns that it is hard to believe that the entire structure was formed due to a natural phenomenon. You could literally spend hours sitting on the rocks and admiring the beauty of the deep blue sea and the evening skies, but we had to get going as there was one more location to visit before our tour ended. 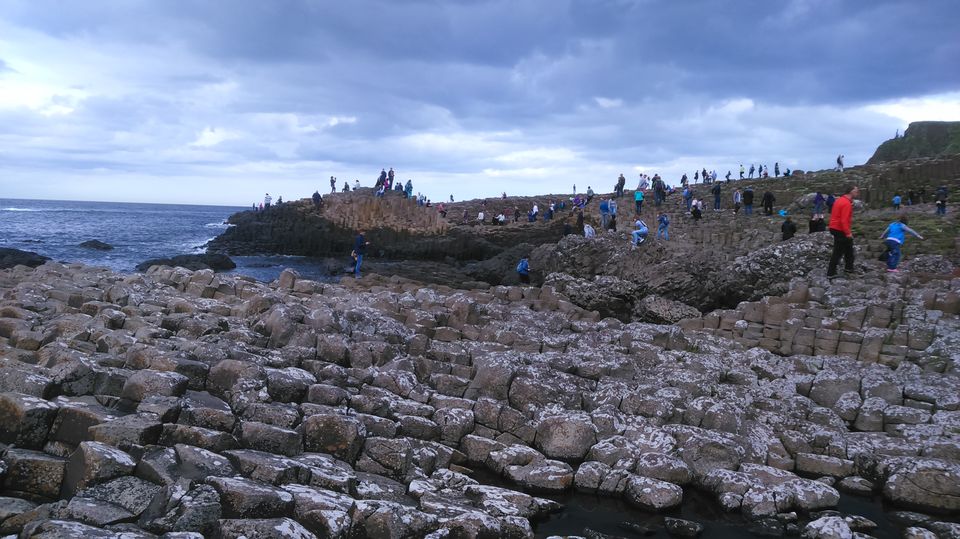 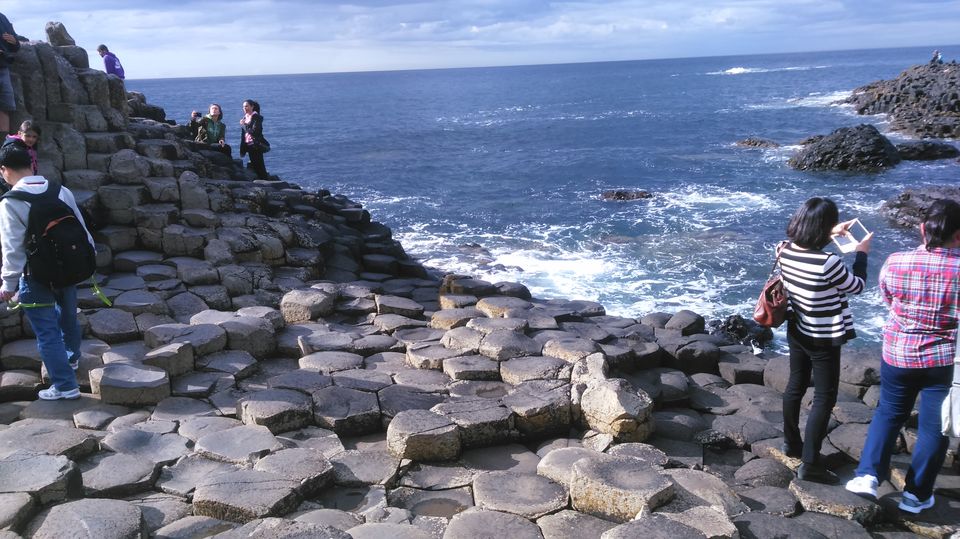 The last stop of our tour which has also survived the test of time is the Dark Hedges. It’s a stretch of road in Ballymoney, which is surrounded by a series of beech trees planted together in a way that they create a tunnel throughout the length of the avenue. The Dark Hedges were used as part of the Kingsroad in season 2 where Arya disguises herself as a boy to escape from King’s Landing. This was a perfect spot for clicking selfies as the endless stretch of these strikingly beautiful trees acted as a wonderful backdrop for pictures. 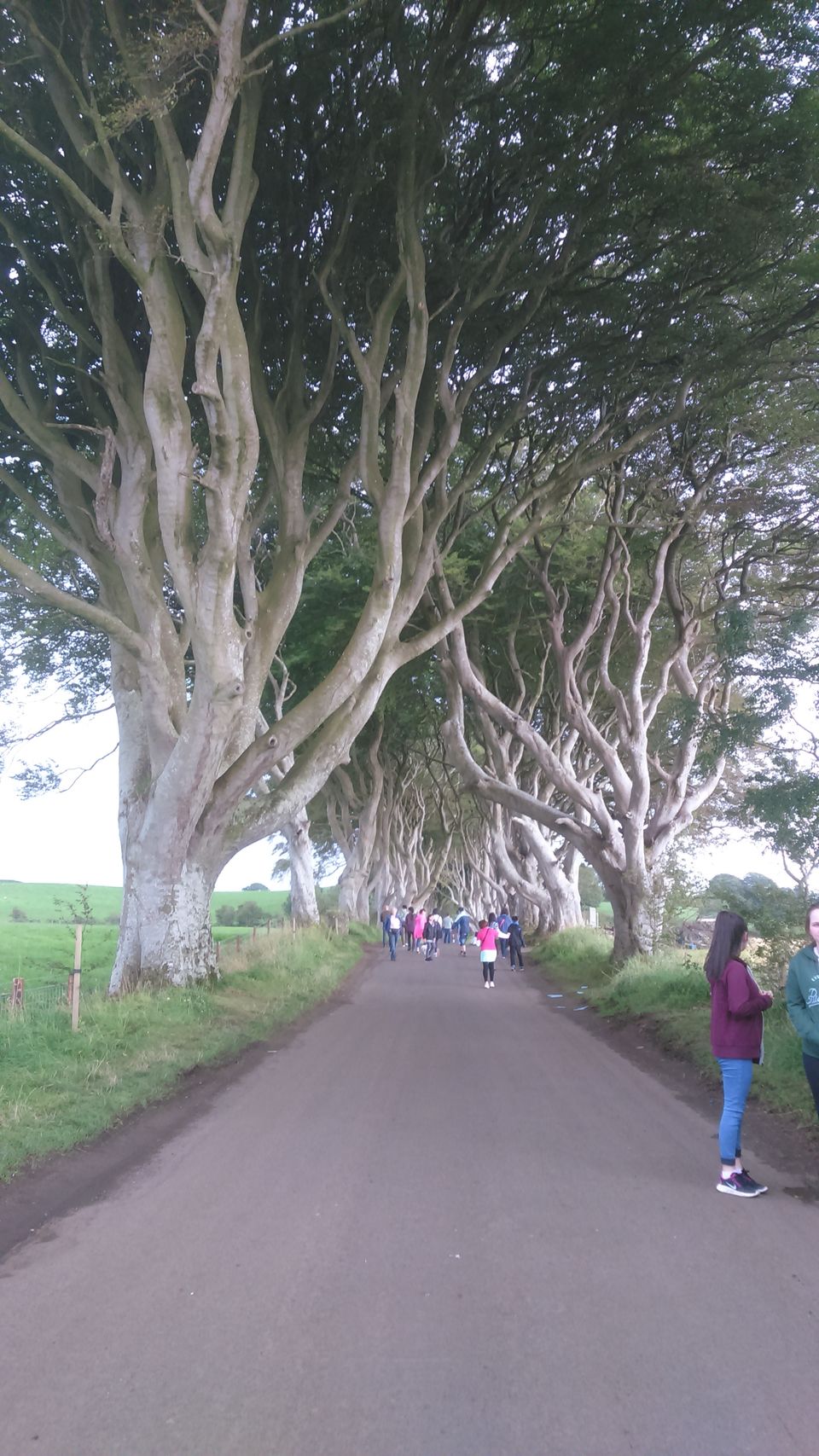 By the end of the tour, I completely understood why the makers of Game of Thrones had chosen this country as the primary shooting location for the show. Majority of Northern Ireland’s countryside seemed untouched by the insipidness of modern day architecture, and instead had picturesque landscape almost throughout our journey. I would advise any fan of Game of Thrones to take the Stones & Thrones tour if they do not have more than a day to spend in Northern Ireland. It covers some very important locations from the show, and also includes other famous landmarks which are popular among tourists. Bonus- The tour bus also carries 1-2 costumes from the show, which you can wear and click pictures in, to complete your Game of Thrones experience.