After almost 2 years thinking about writing a blog, the time has come and here we are... My very first entry. It's a shame I'm doing it now when my trip is almost finished. Anyway it is never too late and inspired by the fact that I'm starting my new adventure in Bangladesh, so here we are hehe 😊

I'm already here yeah!!! Butterflies in my tummy, what an exciting sensation. It's a mix of fear, doubts and excitement at the same time... A bit of anxiety and nerves because I didn't prepare this trip (I never prepare any) nor I have my Lonely Planet with me to help me a little bit with some information, but I think it's much better if life surprises you and usually it is for good. It works for me, so why bother trying to plan everything. After all this is a different world and nothing works as we try to organise, so better go with the flow and enjoy with whatever happens. Everything is learning for good or for bad, and I think this way of travelling is more fun 😛

I took the bus this morning from Kolkata and everything has been delayed since then. Starting from the bus itself which it supposed to leave at 7.30am, but instead left at 8.30am. Just to leave the city took forever and I reached the border around 1pm.

In Petrapol I had to do the normal procedure of getting checked my passport to receive the departure stamp... Then walking I crossed to the Bangladeshi town of Benapole where I wasn't prepared for the visa on arrival. I had read on the Internet that I could pay with euros so I didn't even bother in changing money... The problem was that the officers wanted Indian rupees (3600), dollars (50) or taka (4200). So they allowed me go to change money and come back. The man at the counter came with me and another gentleman helped me to change a few euros. So sweet people!!!! Finally I got my visa for a month and another man was waiting for me to take another bus to Dhaka. I asked about what time we would arrive and he said at 1am 😅 haha. In theory when I bought my ticket online it said 7.30pm. You see? Good I didn't plan anything else. 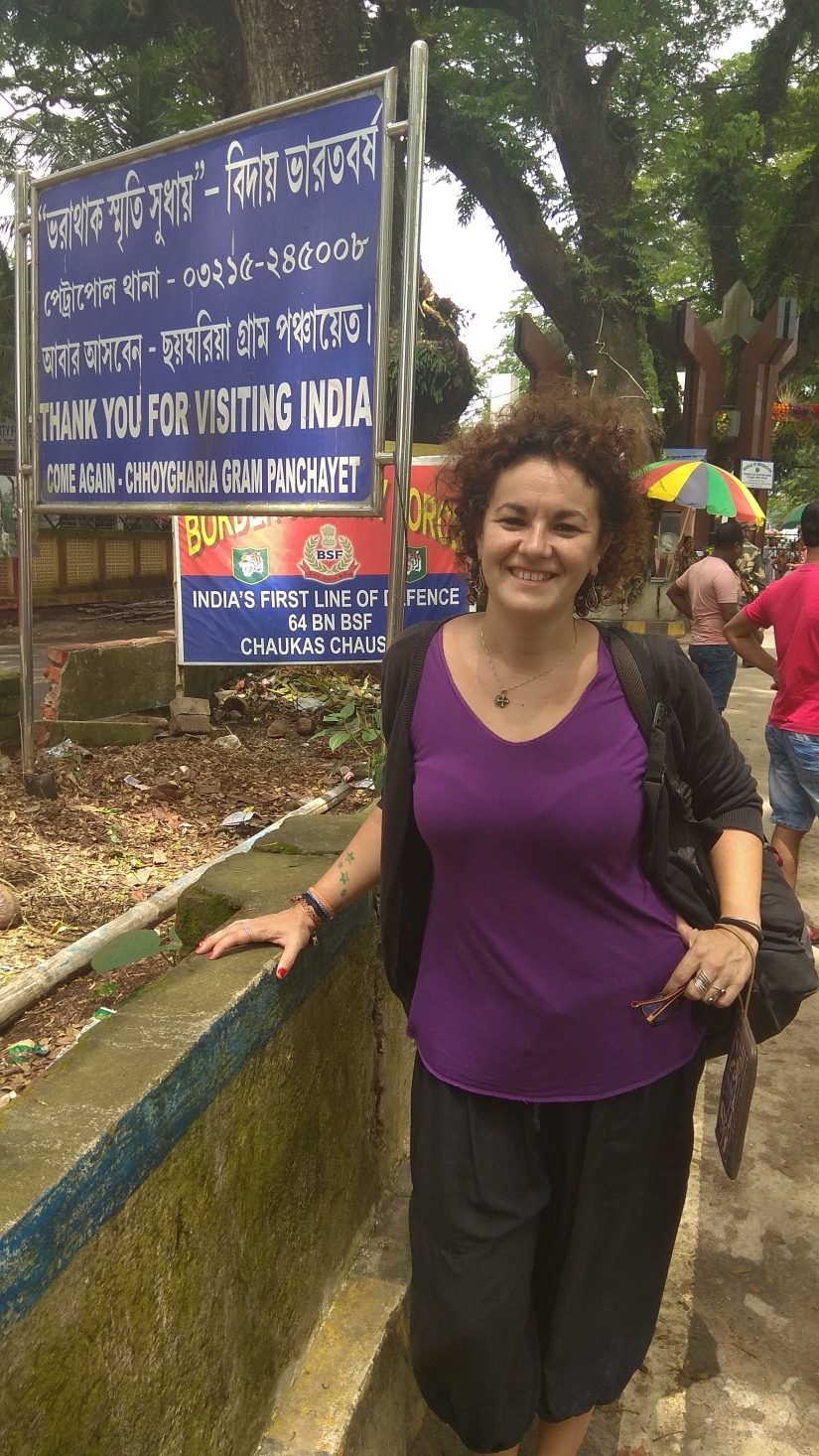 We stopped somewhere for food and it was delicious. As I was short of money because I didn't change it I had some rice with vegetables for 80 taka and was delicious... A mixed between spicy and sweet, so yummy! And the place was a humble restaurant, but the cleanest I have seen in all Indian subcontinent. I really want to try many dishes because this weekend in Kolkata I tasted Bengali food and it was the best I had in India.

Besides, on the bus continuing the journey to Dhaka I could observe the landscape and it was super beautiful... Green tropical stunning flora, with many different types of trees everywhere and paddy fields of an emerald colour that catch your eye and you can't look away 😍 Also everything gets mixed with lakes and backwaters what makes everything even more beautiful. I can even see the difference with India, less noise and less rubbish... Maybe Dhaka is the opposite, but so far Khulna district surprised me for good 😉 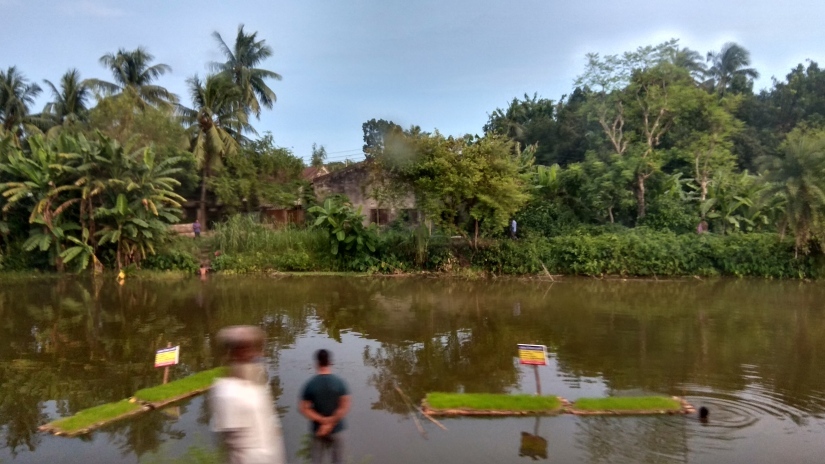 Ups, I fall asleep while looking through the window this greenery. I opened my eyes and woke up thinking I was on a train barrier and we were waiting for the train to pass. However the bus assistant came to me and asked me if I wanted to go to the washroom and I said yes, so I went to the toilet and was thinking that I was dizzy or the bridge was moving, but for my surprise I was on a ferry hahaha. There were people selling fruit and the bus assistant bought me an apple and a banana, he even called my contact in Dhaka to make sure I would reach safely. After more than one hour on the ferry we crossed the Padma river, left the ferry and kept driving towards the capital.

At some point we were stuck on a traffic jam in a rural area and didn't move for 4 hours or more as it's Eid holidays and roads are busy. I decide to leave the bus and buy some crisps so someone on my bus helped with that. When I came back the bus assistant was super worried and concerned about my safety. He told me this was a village area and anything can happen to me because it's not safe, so he asked me to don't leave the bus unless with him if I needed something. The poor thing was super serious about it and requested me to stay on the bus. I really appreciate that he was trying to help and protect me because I'm his responsibility according to him. This is something very touching, same as India... People take care of you so much that it's super easy to travel around. Everyone wants to make sure you reach the destination without problems and also they want you to have an incredible time in their country. They feel honoured that you're visiting them, but between you and me: I feel honoured that they are so hospitable and treat me so well. This is a priceless gift! Thank you so much 🙂

The only think I didn't like it was that we are going in a very luxury bus, it is almost empty and there was a guy near me that was spitting on the floor of the bus all the time. So at the end I had to tell him to stop doing it or go to the back and doing it there where I can't see you. The thing is this man doesn't speak barely English but he got my point because he didn't repeat it haha. Power of persuasion haha 💪

spitting on the floor of the bus all the time. So at the end I had to tell him to stop doing it or go to the back and doing it there where I can't see you. The thing is this man doesn't speak barely English but he got my point because he didn't repeat it haha. Power of persuasion haha 💪

Leaving that aside, this is wonderful.

I already like this place hehe 😀 it is to recover this feeling I had in India before. I feel special and blessed that the universe put so many wonderful people on my way!!!! Full stop 😝

PS. I finally arrived in Dhaka about 5am, my friend booked an Uber for me and the guy didn't want to use the navigation map and got lost to get into Old Dhaka... After one hour we reached my couchsurfing host house 😂😂😂 Stories to tell hehe!