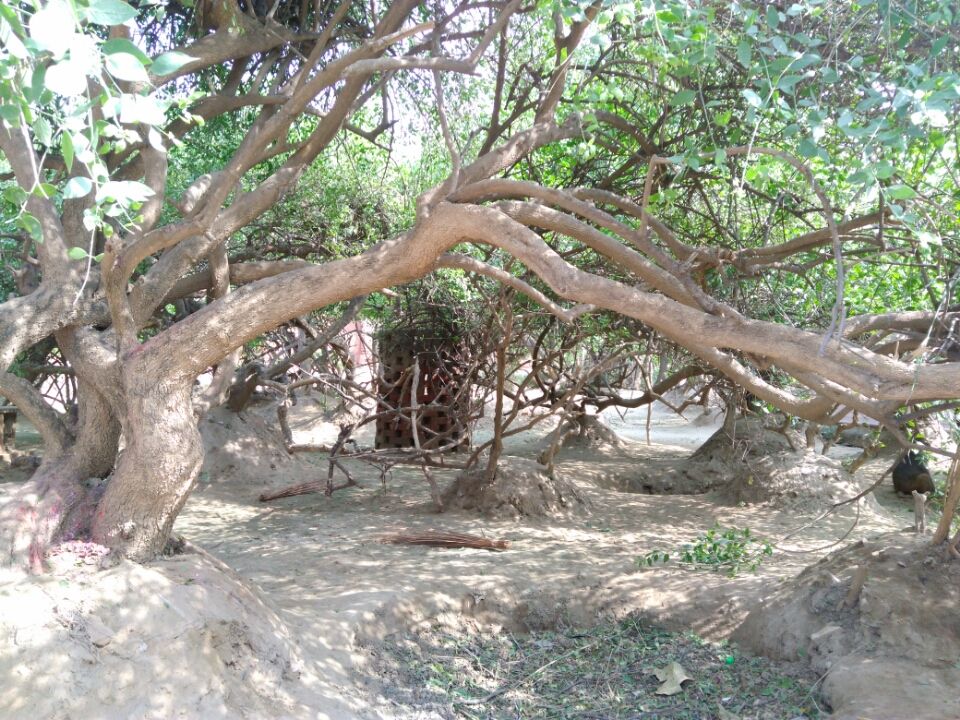 Day 1
India the country which beats the drum for its heterogeneity in all fronts and where live thousand of mythological beliefs in its fold , where religion has a firm confines in the mind of the folks ,there endure a bifold city of Mathura and Vrindavan which is consider as a most sacred and spiritual land in India.

The twin city of Mathura and Vrindavan located close to the city of Delhi  is associated with Lord Krishna and his futurama. Thousands of devotees routed to this twin city to receive the divine sight of the most worshipped deity of Hindu religion Lord Krishna and to quench their thirst for spirituality.

Its was the beautiful morning of thursday and the weather was in its most amazing mood . It was drizzling and the mild winds brought the odour of the soil to my nose and I literally wanted to enjoy the flavour of that soil as Krishna used to do when he was child. I board my train from Hazrat Nizzamudin railway station at 7 of the morning through Taj Express train and reached Mathura by 9 o clock . When I reached the station it was still raining and the sight of Mathura was unexplainable it was truly divine.

Mathura is the birthplace of lord Krishna and is among the holiest place in India. The first place I visited in Mathura was the   ” Krishna Janm Bhoomi Temple” , the exact place where little naughty  Krishna was born in the jail. When I visited that temple I started recollecting all the stories which I have heard about the birth of Krishna and I was feeling so delightful after seeing that jail where Krishna was born. Apart from the jail there was a majestic temple of Radhakrishna where the idol of Radha and Krishna was the prime attraction . The decorations of the idol was so beautiful that  the idols seems to be the real . The echo of the Radhe Radhe had not only pristine the ambience but the vibrations cleared my soul and illuminated a light of spirituality in the dark sight of my heart.

After visiting the Janm bhoomi temple I set my way on the small lanes of the cities, which were flooded with all kind of stuffs. It was still raining and I was exploring the lanes of Mathura . After some time I reached “Dwarkadhish Temple “ . The temple was located in the deep lanes but when my eyes fell on the architecture of the temple I remained dumbfounded. It was ultra fine and eye-catching. This temple was built in 1814 and the idol of Krishna and his beloved Radha was fascinating . The architecture of the temple reflects the local arts and the temple is the most visited shrine of the Mathura.

After the most visited temple Dwarkadhish of Mathura I reached the “Vishram Ghat” by following the narrow lanes selling puja stuffs .The adorable and enchanting dresses and idol of little krishna was mesmerizing in the narrow lanes of Mathura. The ghat was the most popular one in the Mathura. Legend goes that Krishna took rest here after killing the demon kansa. There were many shrines located on the bank of Yamuna river. The rain was still falling and I was sitting on the stairs of the ghat watching the drops of rain falling in the mighty Yamuna river where Krishna has fabricated many games. The trees and the creatures were enjoying   and a sense of contentment and bliss in them could be seen . It was a moment of life for me. After sitting for an hour over there I took a local auto from Mathura for Vrindavan.

I always wanted to visit Vrindavan , as I heeded a lot about the Krishn-Leela which he composed and played out his childhood, in the alluring land of Vrindavan. Finally I was in Vrindavan  and it was in close proximity to Mathura nearly 10km.

The first place I went to was “Banke Bihari Mandir”, the globally renowned temple. I reached the temple by crossing a number of charming crisscrossed narrow lanes. There was  a flock of devotees over there. The charm of the temple was very spritualistic and the idol of the Lord Krishna was very  enchanting. The idol was of black colour and it is believe that seeing in the eyes of idol you will forget all your sorrows and miseries and it was very true . I was lost in an unusual world where everything was enjoying in pleasure and there was no sign of woes and pains when I focused on the eyes of the idol. The services are offered to the Deity in the same way as a small child is nurture. People from different corners of the globe comes to visit the place .

My next destination was “ Nidhi Van” . I always wondered if the Raas Leela of Radha and Krishna really did take place? And it was the moment when I was about to witness that magical aura  in the Nidhi van where Krishna plays Raas Leela with his gopis every night. When I entered the Van I could see the beauty and the charm of the place it was beautifully maintained. Trees were entangled with each other as they are believe to be the gopis. There was an attractive and beautifully ornamented statue of Lord Krishna and Radha and there was also a small temple known as “Rang Mahal” or “Shringaar ghar” where Krishna use to decorate his beloved Radha , inside the van. The Rang Mahal had everything bed, mirror all the makeup accessories all sort of things which Radharani used. The Nidhi van is believe to be one of his favourite place. But the spirituality of the place was glued with a mystery. Legend goes that lord Krishna appear every night to perform his passionate dance with his sakhis and all the tress becomes his gopis and coordinates with him. So after the evening aarti no one is allow to stay in the Van .

While roaming the van I was imagining the scene when my lord Krishna is dancing with Radha , the melodies from his flute , the shine of the moon, that passion of dance . I was shaking my feet’s when I was thinking about that spiritual activity. It was a magical place indeed.

After Nidhi van I visited “Prem Mandir” which is another very famous temple of Vrindavan. The gignatic temple was surrounded by alluring gardens and fountains. The beautiful idols of the deities in the temple is very beautiful and marvellous. The temple was an epitome of fine architecture and dome. In evening when the temple was illuminated it was appearing as the real abode of lord Krishna floating in the open sky.

There were many more temples in Mathura and Vrindavan but due to the shortage of time I visited only few places. But this visit was very unique for me as I left my everything over there but there was only one thing which I took along with my self and that was a feeling and that feeling was krishna.