Tanzania Travel GuideTanzania TripsMy Weird Travel Story :Most Unusual Food I Ever Had ....

My Weird Travel Story :Most unusual food i ever had ....

Today I was sitting in the office and trying to recollect my most weird or unusual experience which I encountered on the foreign turf, no doubt the clear winner was the fine dining experience I had summer this year in the Nice City (France)

We were staying at one of the most amazing and luxurious resort at the Eze village, known as Chateau de la Chevre d'Or. The view of the sea from the resort was astonishing and I would agree its the best hotel I ever checked in which has the most pleasing interiors of the suite with a lovely view of the hills along with the Sea, with a private Jacuzzi and at a heavenly location. 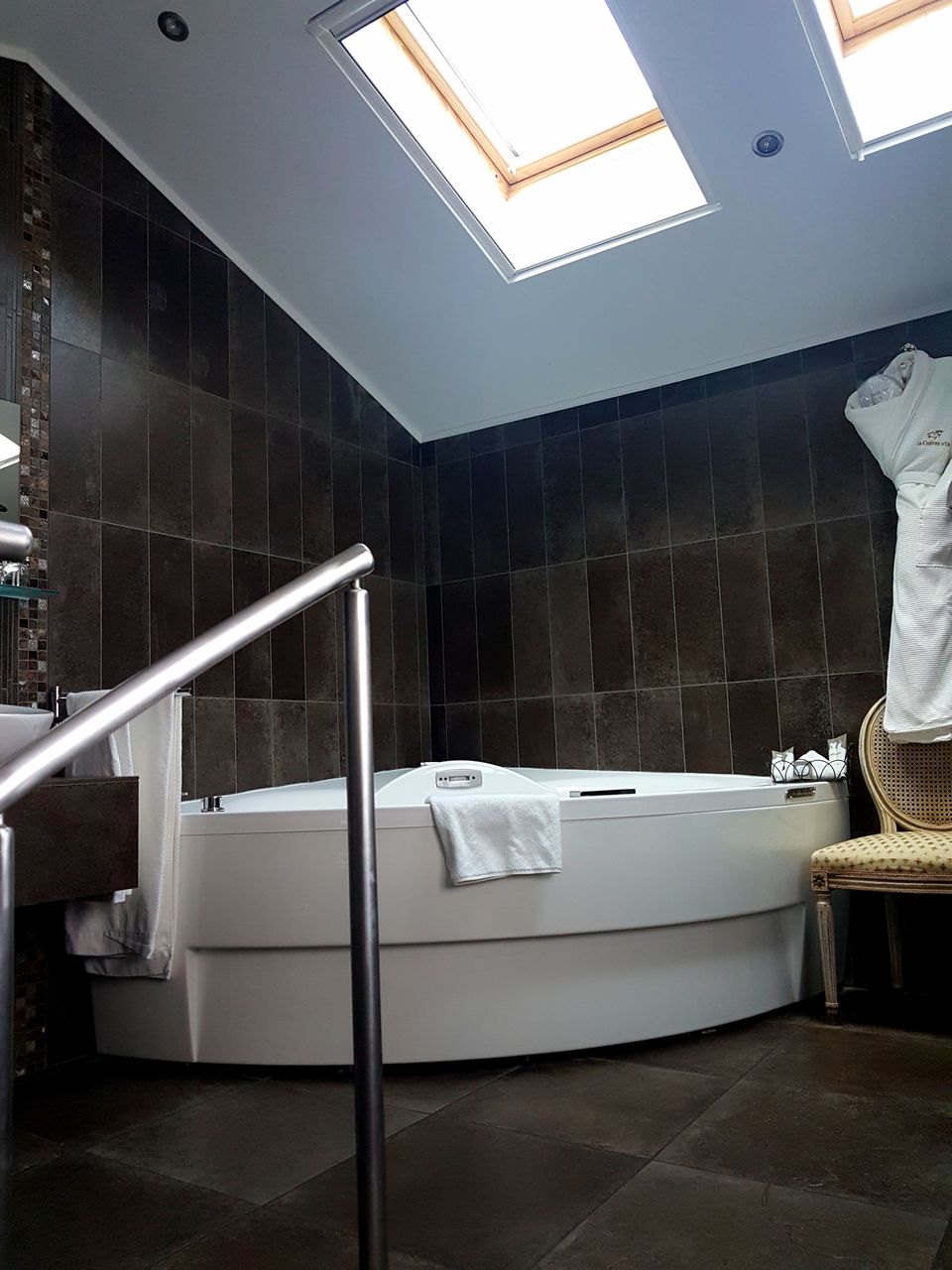 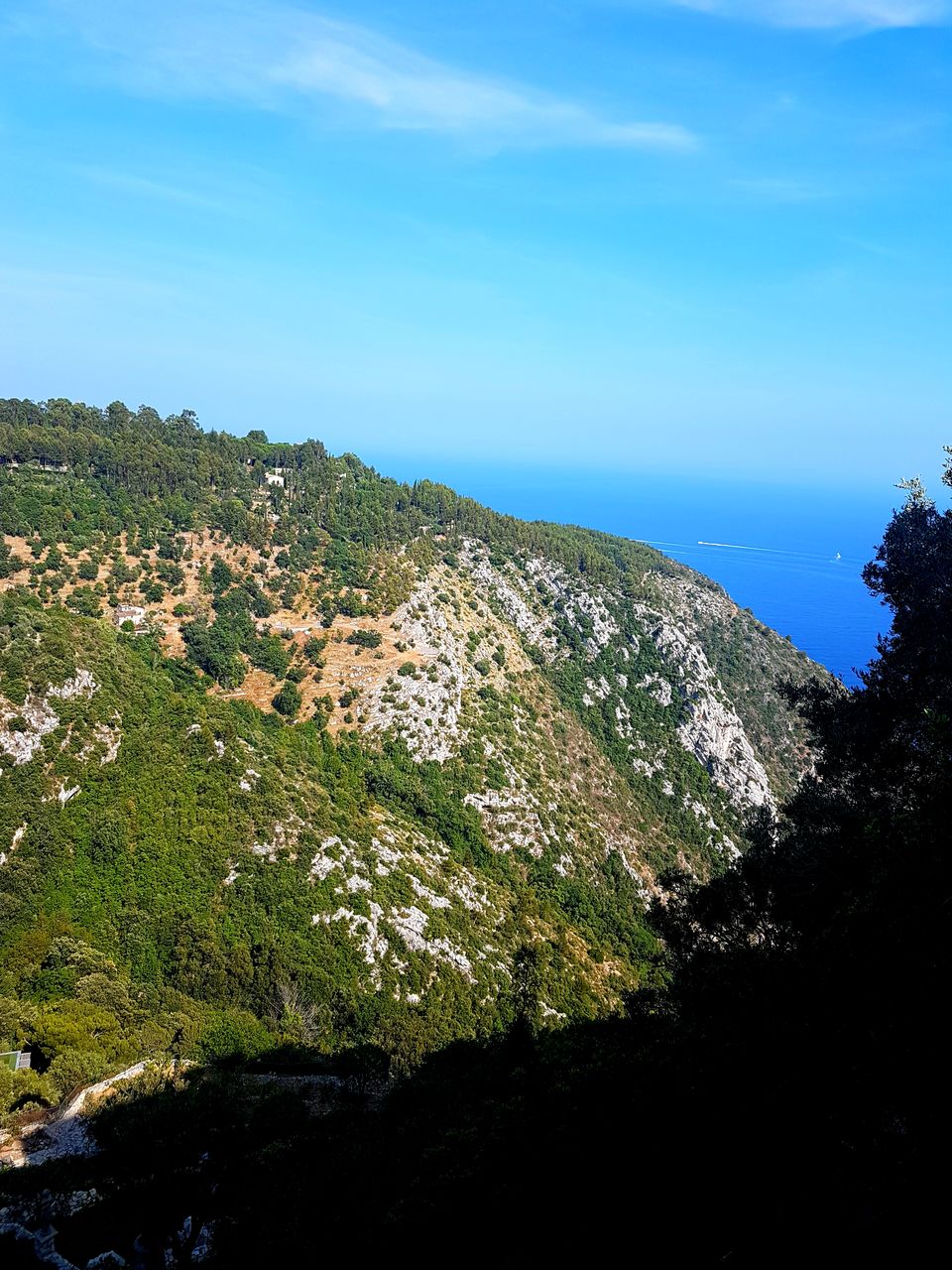 The plan was going perfectly well until the last night of our stay. We were invited to a fine dining experience which we misread as a special dinner. It was a funny yet awkward situation when we see our self wearing casuals shorts and crocs among the well suited and sophisticated gentlemen and the lovely ladies in the gowns. To be honest it reminded me of a scene from the Titanic movie where Jack (Leonardo Dicaprio) was unaware of getting caught himself between the highly wealthy and respected society in a shady dress.

FYI: I am not comparing myself to Dicaprio, just the story line demanded the interesting characters :)

We were caught a little off guard but we try to blend in by settling down a table in the corner. We were soon approached by the manager who politely requested us to consider coming back in a semi-casual dress, but being the last day of the trip we had nothing left in our closet. He offered us a same fine dining experience in a different restaurant. We were relieved and pleased to accept the offer to avoid any further awkwardness.

It's the time for the chef to show his magic tricks where he begins with the palate cleansing appetizers. He took his time to explain the selection of wines chosen for the set menu which has almost six courses of French delicacies.

Before I start digging into food, let me share one secret that I was vegetarian for almost my entire life until last two years where I started with the taste of chicken. It's very common for Indians to live a vegetarian life. I did not get used to eating any raw meat or the fact any other meat than chicken.

I almost fainted when the chef started the show with the Duck Liver to being with. I had really hard time trying chewing it for first few seconds before swallowing it with a glass full of wine. 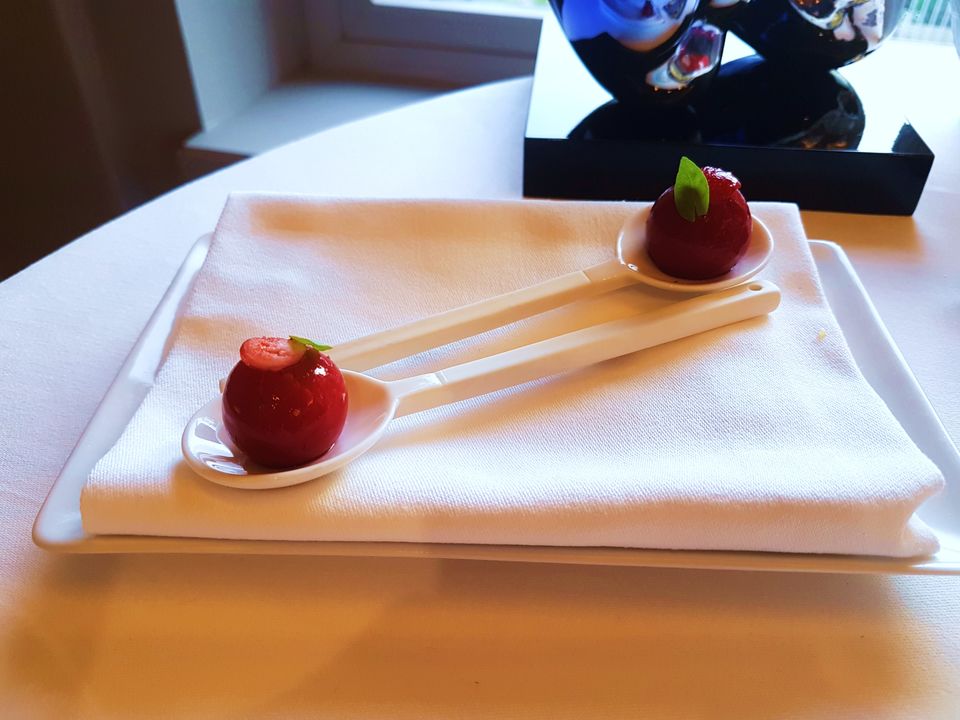 I could hardly recover from the first surprise, the moment later he throws another bomb us by serving us with a dish of Rabbit Legs. I could imagine all the cute rabbits I played with them when I was a child. I never ever imagined french dinner will bring such an emotional touch to our dinner table. 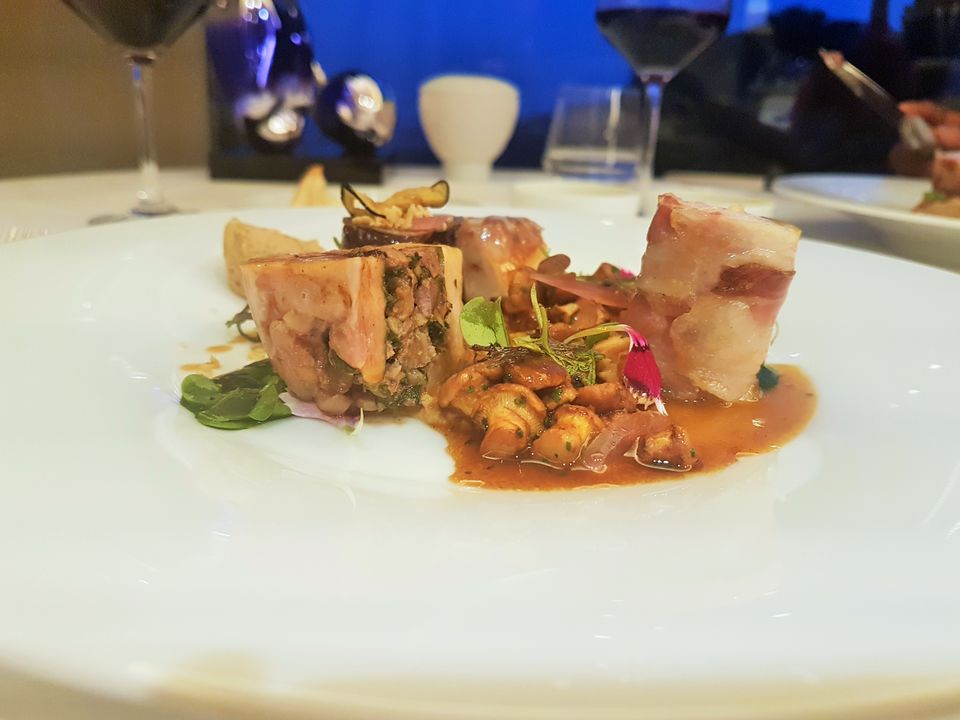 Trying to move on after the first two disasters, the third one was waiting around the corner for us when I saw an Octopus leg on my plate. Yes, it has the tentacles which I imagined struck on my face like a suction cups. I decided to give up by choosing other dishes which has normal creatures like Fish and baby mushrooms.

As the movie is not complete unless it's a happy ending, I was thrilled to see the desserts which look like a piece of art. It's hard to describe but in short, i can say it looks like a lemon ball with a pungent taste biting on your taste buds with a chilled sense brought by liquid nitrogen. The specialty in desserts is French chef's forte as I could eat all the Macaroons, Pastries and cookies like a 5-years old child. 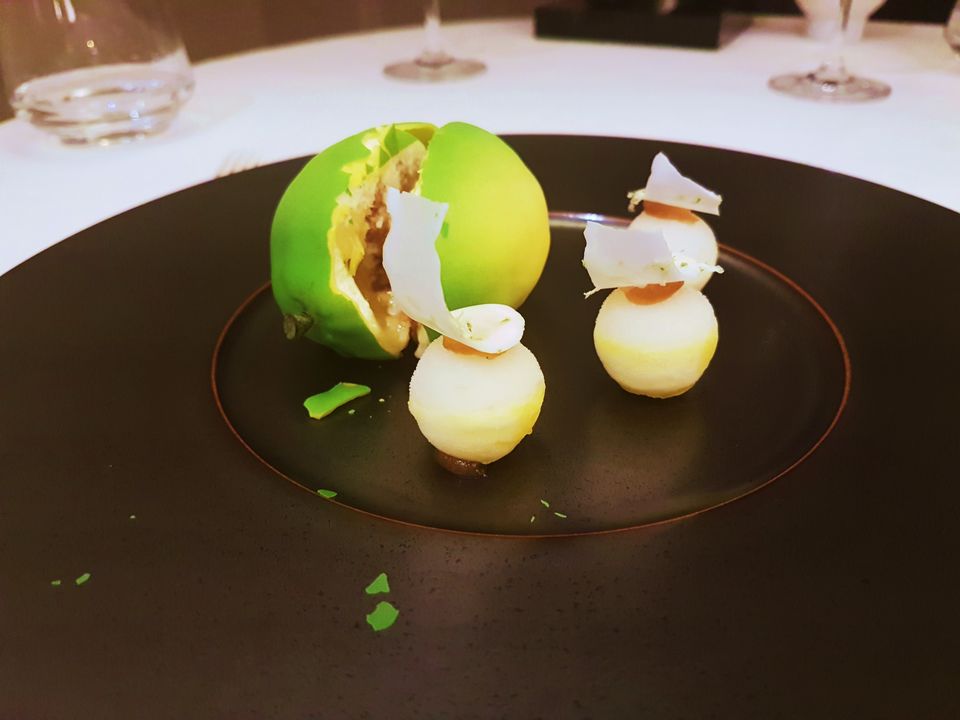 Overall, I would remember this as the most memorable dinner I ever had.

Disclaimer: I am not associated with any brand, its just my personal view without any intention to promote/demote any individual or brand Though it's only done to share my memories and not for monetary benefits, but please take permission for using any content (blog/images/videos)