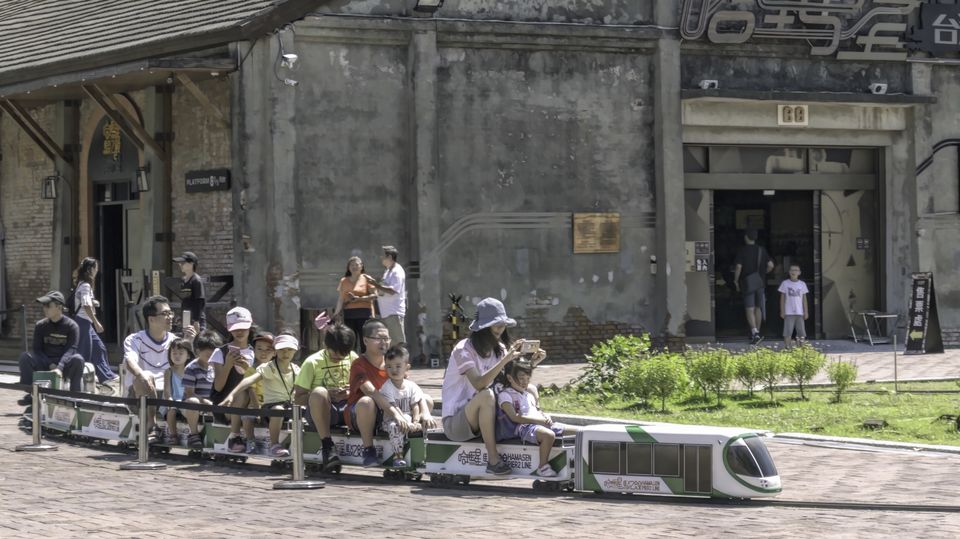 When you think of international travel, what places come to mind? Caribbean countries and Europe probably come to mind most readily. However, there are many places to travel which will not have the hordes of tourists you might find in some of these places. May I suggest Taiwan as one such place.

In 1971 when I toured around the world, Taiwan was one of the places we visited so last year when my daughter suggested my wife and I meet her somewhere in Asia, Taiwan seemed a natural choice. It would give me a chance to go back somewhere and see how it had changed in the 50 years since I had been there. I actually have few memories, but I do remember we took an overnight train from Taipei down to Kaohsiung overnight in a sleeper car. Besides the novelty of being in a sleeper car, our biggest fascination was the fact they served us green tea which in 1971 was something we were not familiar with. Now I drink green tea all the time.

Since I had been to Kaohsiung before it seemed natural to go back. Our ride this time was on a train during the day. It was a comfortable ride and took about three hours to get to or destination. We took a train from the airport, and then we had to transfer to a different train line, but that was not difficult.

We arrived in Kaohsiung in late afternoon and were too tired to try to figure out the public transportation so we took a cab. The cab ride took probably 20 minutes to our hotel, but the cost was only about four dollars. The amount was so little, I felt guilty for not paying more.

Our hotel was the unique Legend Hotel at pier 2. Even from the outside one can tell this is a different hotel. It's near the arts district so it seems they went all in to fit in with their surrounding. The outside has a major painting on it, but the inside is painted also. All the halls and even the rooms have various themes painted in them. This would be a fun hotel for anyone with kids. 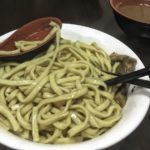 Having checked into our hotel we had one of our more memorable experiences. The young woman at the desk had casually mentioned there was a noodle place around the corner she would recommend so my daughter insisted we go there for dinner. My wife and I are not very adventurous eaters so this was quite the challenge for us. We found the place, but the use of English was limited. We managed to order our bowls of noodles and found a place at a large table where we were later joined by another couple and their older daughter at the other end. Our bowls arrived with the chop sticks, and we were kind of sitting there looking at them not totally sure how to approach it. Suddenly the woman at the end of the table got up and walked over to where my daughter was sitting. She grabbed her chop sticks and then began to use them to mix up my daughter's bowl of noodles. When she finished she hesitated a second and then did the same thing for my wife and finally for me. Then she sat down with her family. She didn't seem to know English so we tried to express our gratitude the best we could, It was such a generous act of hospitality on her part for complete strangers.

In the morning we experienced a Taiwanese breakfast. One of the major elements of a culture is its food. We were happy to see The Legend Hotel offered a breakfast, and what a spread it was. It was probably one of the largest buffet breakfast spread I have seen, but it was definitely not an American breakfast. In fact to us it didn't even seem like breakfast. There were vegetable dishes, and rice dishes with various meats. My wife is not a fan of Asian food so her breakfast plate was rather limited. I managed to find a few more things, but it was definitely a cultural moment.

After breakfast we began our exploration of Kaohsiung. We started with the Pier 2 Art Center which was near our hotel. Unfortunately the area of warehouses which was the actual Center was not very active. There were a few places open, but not many. However, outside there were a number of fun art installations. Most buildings had art painted on them as our hotel had, and it was fun to walk along the tram tracks which led us by so many interesting things. My favorites were the places where ordinary items had become art items showing the practical can be made interesting and beautiful.

The art district flows into the railroad area. In the past this was the place where the railroads ended and there is still a large field with railroad tracks. There is a museum there as well as a miniature train kids and adults can ride on. The area connects with the art district with this amazing installation constructed of railroad containers.

Continuing to walk along the water front there are a few malls along the way to explore or grab a snack. Eventually you will come to the Gushan Ferry which will take you the short distance across to Cijin. The ferry isn't large enough to take any cars across, but it does take scooters which are a major form of transportation in Taiwan. On Cijin Island there are a number of interesting sights. If you walk west from the ferry terminal you will climb a hill, and there you will find Cihou (or Cijin) Lighthouse. It is an old lighthouse built by British engineers in 1883 and later remodeled in 1918 by the Japanese. Unfortunately it is closed to visitors on Mondays, the day we were there, but it looks to be interesting. Nearby is an old fort that gives you some nice vistas of the area. The hike up to the lighthouse involves a good path and many stairs which on the hot day we were there can be a challenge. 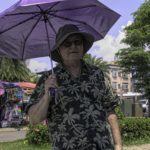 Back down by the ferry terminal there are a number of shops and open air restaurants selling a lot of seafood dishes as you walk to the beach area. The sun was really hot so my wife got me to buy an umbrella for her. As in many parts of the world, an umbrella is not just for the rain. I got a purple one. The beach is not a particularly exciting beach, but there were a few people out enjoying the water. The day we visited there were some interesting sand sculptures to check out which were really amazing. Do check out the fish market nearby to see an amazing variety of seafood available to buy. Too bad seafood is not our thing. The smell of all the fish was bad enough for us. Seafood is definitely a major part of the diet here. You find it everywhere.

A quick ferry ride back to the city and a cab ride back to the hotel, and our sightseeing was done for the day, but not the adventure. We had another dining adventure that evening. We went to a small bar near our hotel that seemed to focus on ex pats as everyone who came in spoke English. Our waitress took our order, and we enjoyed some time talking about our day. Finally my wife's food came out, and we thought we were ready to eat, but that was not the case. We waited another 10 to 15 minutes before my daughter's dish came out. We began to joke about what was going on in the kitchen. When my food finally came out after another long wait, the waitress acknowledged that their regular cook was out sick, and the woman who was filling in could only do one dish at a time. Since we were in no hurry the timing was not an issue, but it did make for another good story about the many experiences one has when traveling and the need for patience.

Check out the original post with more photos at Batteredsuitcase.net as well as other posts regarding Taiwan.