Once, sage Narada spoke to Mount Vindhya about Mount Meru's greatness. Meru stands so tall that the Sun shines on his peaks. Mount Kailash, the abode of Lord Shiva is at his feet. But Vindhya was so simple and humble.

Vindhya was upset and began worshipping Lord Shiva to become taller than Meru. Vindhya made a Shiva lingam out of sand and clay. Lord Shiva was pleased with the worship and appeared in two forms, namely Omkareshwar and Mamleshwar. Since the mud mound appeared in the form of Om, the island came to be known as Omkareswar. Lord Shiva pleased with his devotion gave Vindhya the boon of growing but extracted a promise that Vindhya will never be a problem to Shiva’s devotees. 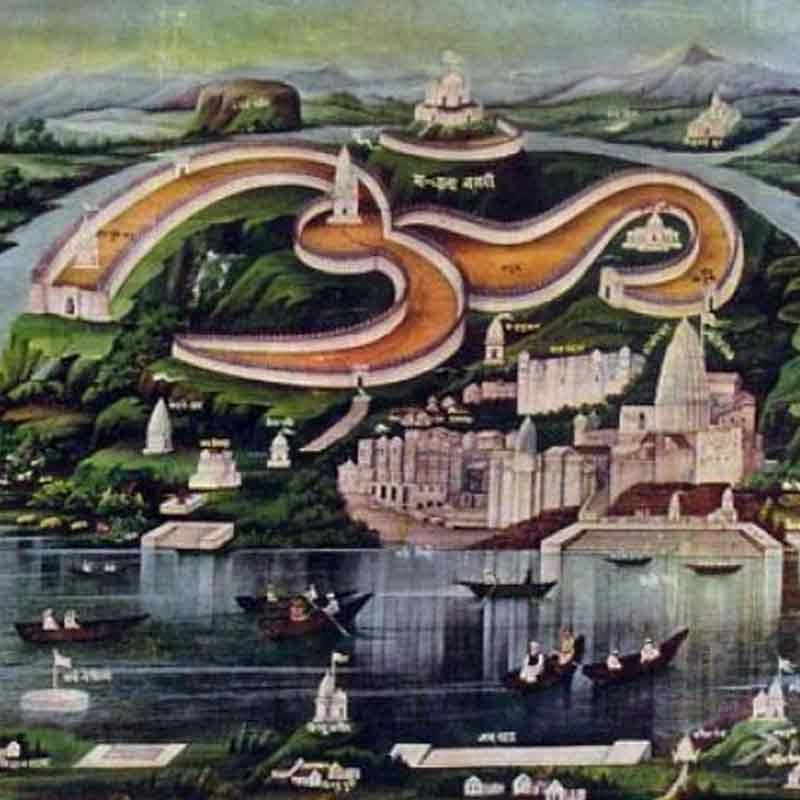 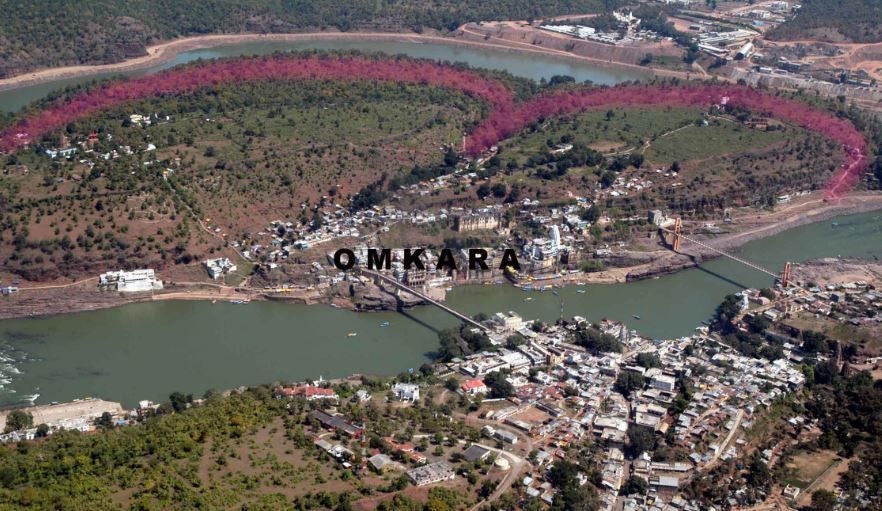 He started growing higher and higher by his power of prayers. He grew so tall that it even obstructed the sun.

The Gods went to Agastya Rishi, and requested him to solve their problem. Agastya Rishi through his wisdom agreed and went to Lord Shiva for blessings. Agastya Rishi then started moving from North to South via the Vindhya mountains. When he reached Vindhya, he asked Vindhya for passage to go south. Vindhya having forgotten his promise to Lord Shiva, refused. Agastya rishi prayed to Lord Shiva, grew his hand till it reached Vindhya’s peak, and pressed the peak with such enormous pressure that the earth gave way and Vindhya went right down. Vindhya asked Agastya rishi for forgiveness. Agastya agreed to forgive Vindhya but on one condition that he will not grow until the sage and his wife returned from Dakshina (South) Kashi. Vindhya obeyed and sage Agastya settled in the South never to return.