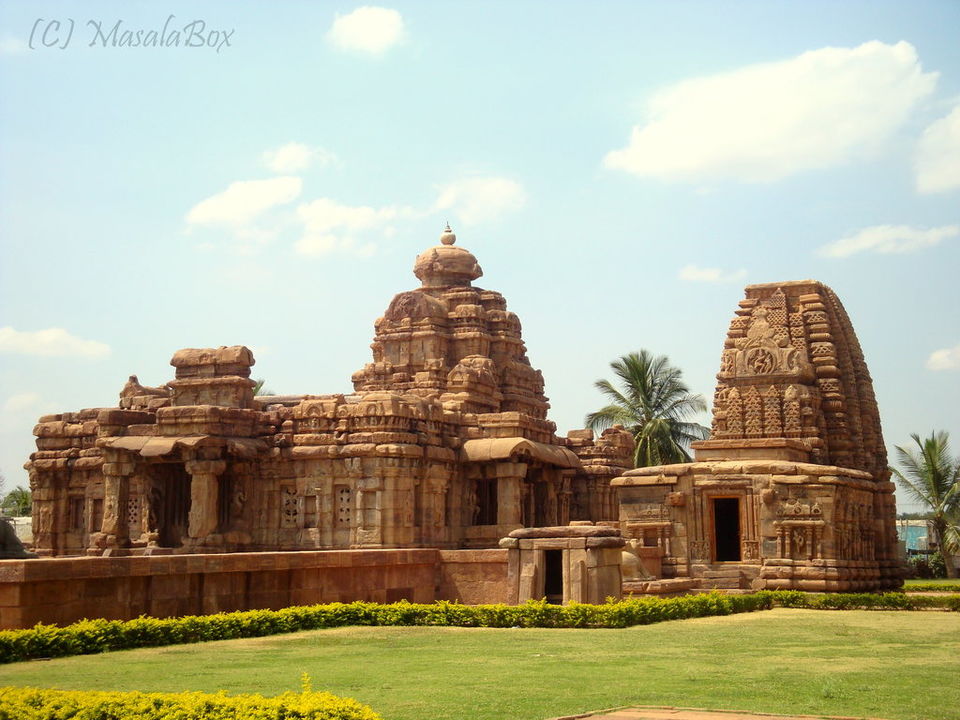 Some of the best trips are those which you go with no expectation. Pattadakal was one such place where I had not done any research and did it as a one day trip from Hampi. Badami, Aihole and Pattadakal is a well known travel circuit done together as they are pretty close by. Pattadakal is a small village in Bhagalkot district and it is a UNESCO World Heritage Site, which also I came to know only after going there. Pattadakal is a group of temples or monuments clustered in one site. Being a Heritage site, the whole place is maintained very well and there are authorized guides to hire. Today being World Heritage Day let's walk through Pattadakal.. 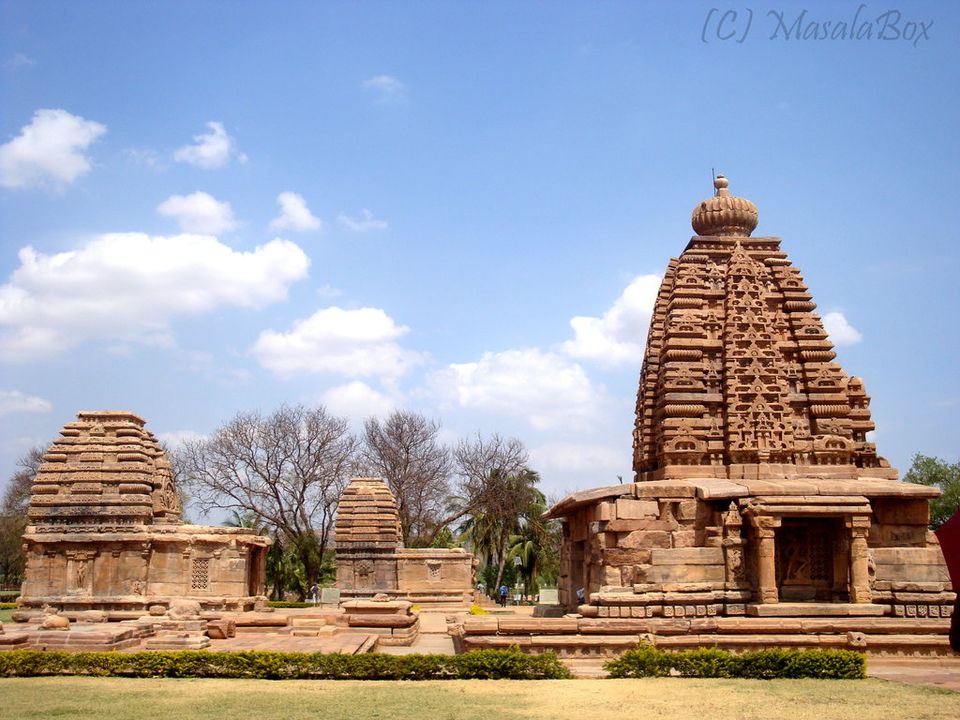 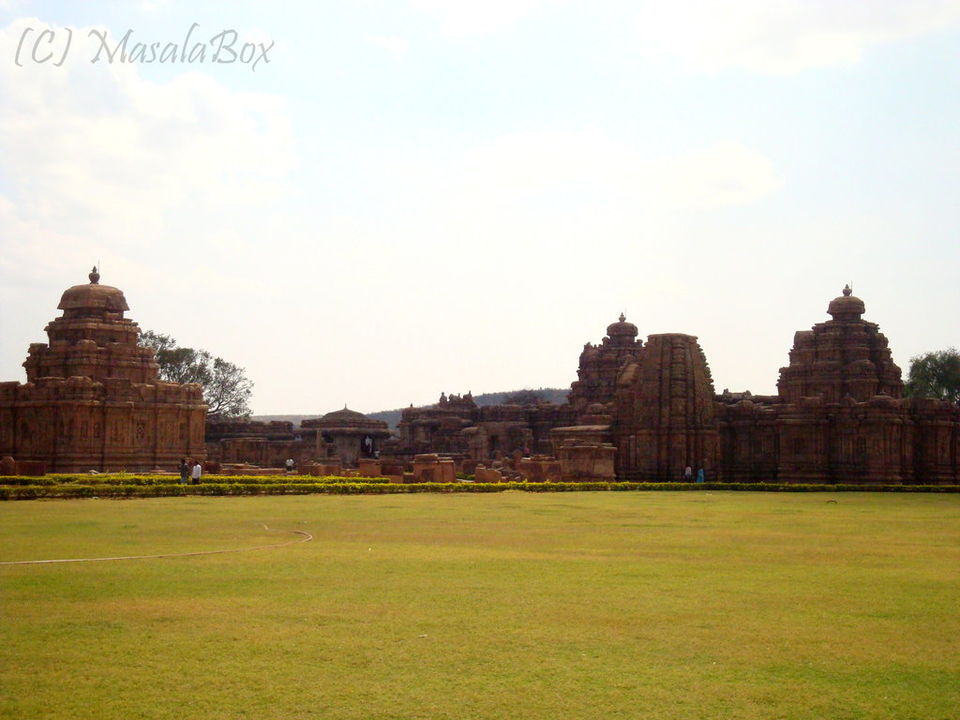 A group of ten temples together form the Pattadakal temples which were all built by the Chalukya kings. Apparently the coronation of the kings used to take place here. In fact one of the temples is built by a Queen to celebrate the victory of king Vikramaditya 11’s victory over the Pallavas of Kanchipuram. Most of the smaller temples in the circuit are not functional and one can just see the Shiva idol present in the sanctum sanctorum. The main temple is the Virupaksha temple 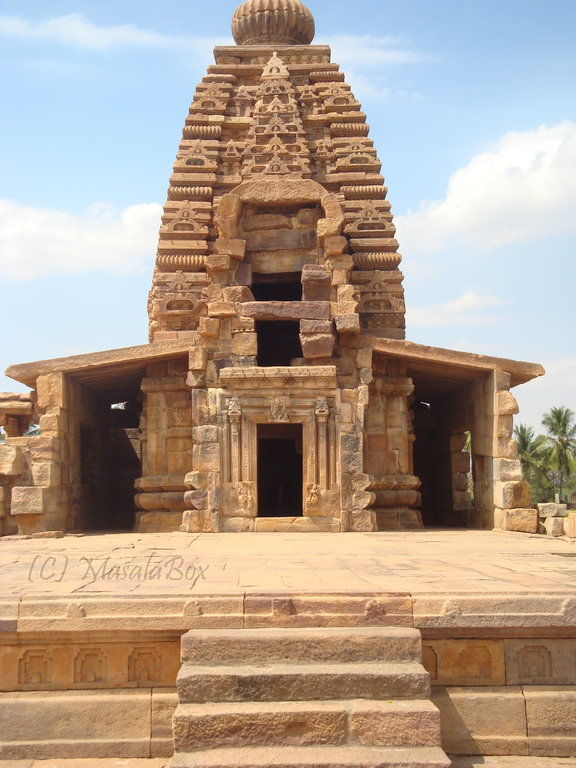 The Virupaksha temple is the biggest and most intricately done. This was the temple built by the queen. It is pretty easy to identify as it faces the original gate of the temple. The gate leads to the banks of Malaprabha river and a Nandi in dilapidated state was standing under the tree. Another majestic Nandi which did look like a real one sitting by greets you in front of the temple and we proceeded in. Every pillar of the temple has some epic etched in. If one side of the pillar has depiction from Ramayana, another side has the story from Mahabharatha; bits and pieces from mythology can be seen everywhere. This was also the temple which was used as prototype to construct the Kailasanatha temple of Ellora. 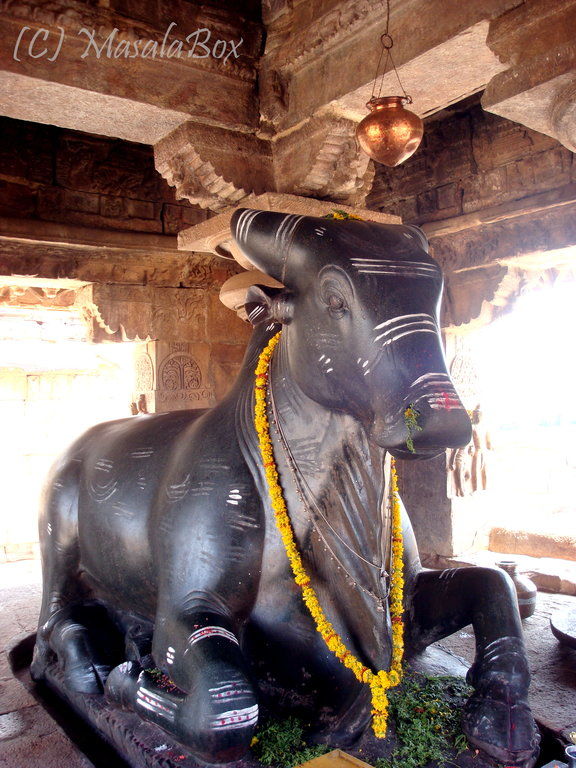 The Sangameshwara temple is said to be the oldest of all the temple. Though it is the oldest it is an incomplete one. The beauty of the whole place including Badami and Aihole is the red sand or rather red stone. The monuments constructed out of this red stone brings a whole lot beauty to this place. Most of the temples are built in the Rekhanagara style and look at the symmetry with which it has been constructed! It is an absolute beauty to just stand there and watch each and every sculpture and the style in which the temples are made. 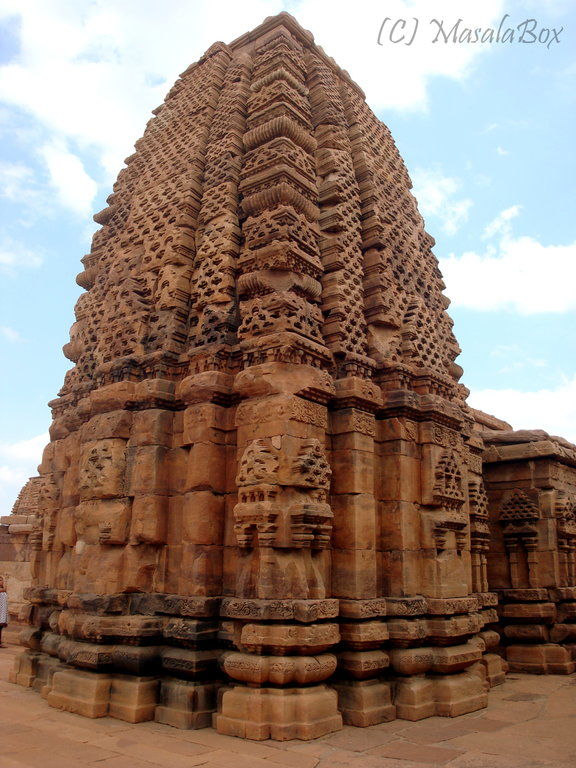 Pattadakal easily needs half a day to explore. Though it looks like one simple complex and all the temples can be covered quickly; if at all you hire a guide and interested in history and stuff, it will easily take half a day. It’s poetry carved in every pillar and rock of the temple. From Pattadakal, Badami is around 25km or so, hence both can be done in a day. Avoid public holidays to have the place all to yourself. I was more content with this UNESCO heritage site than the ones I saw at Hampi.