The city of Djinns: Bahla fort (a city of ghosts, myths and legends) 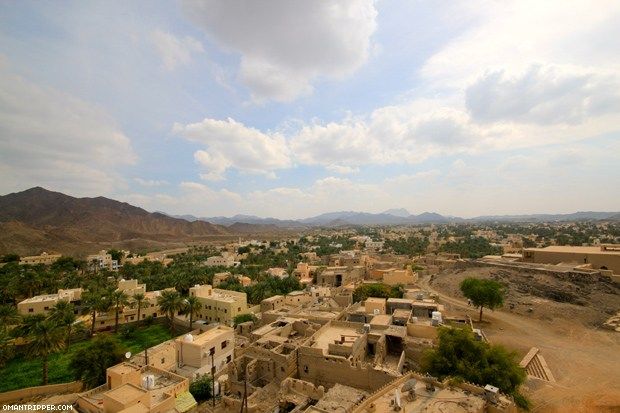 Mysterious spells, the hocus-pocus, the timeless tales of black magic, the stunning architecture and what not: well that’s what the highlands of Djebel Akhdar, Oman upholds for us.

Situated in the land of magic, myths, and legends, the Bahla fort was made during the 12th to 15th century, by the then rulers of Banu Nebhan tribe. Some artifacts and apparels kept inside the fort dates back to as old as 500 BC. Due to various dynasties taking over, the fort has been built and rebuilt(modified) several times over the centuries. It was not until the UNESCO marked it the World Heritage site in the year 1987, that the Omani government decided to start a serious restoration project since then. The fort had suffered numerous ruins, and only got restored in May 2012 and was opened to the public. 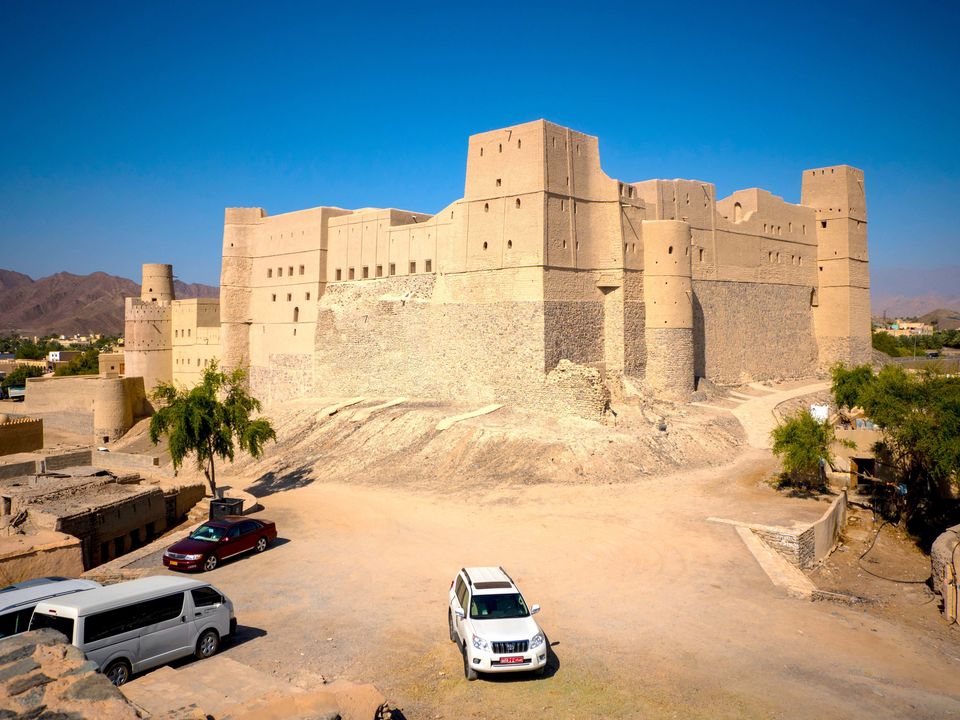 The myths, stories, and magic.

Bahla, Oman; is called Madinat al-Sehr — the City of Magic. Till date, a mysterious aura surrounds the walled city, perhaps a sign that magic is still practiced somewhere, deep in the country’s heartland. Talking about the fort, it is believed to be the epicenter of the Omani Paranormal activity; home to several tales of magic, myths, and beliefs. Roaming around you can hear hundreds of different versions of stories, each been told with vivid visualizations, and characters as if each one of them were true. And fun fact, maybe they are true. Who knows?

Inside of Bahla fort. Credits: here. 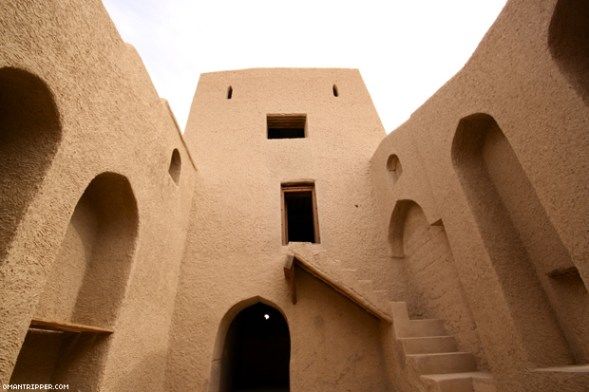 Have a look at some of the most famous ones below.

"Almost 1400 years ago, a man was stoned to death by the villagers of Bahla for practicing wizardry. Getting his redemption, the same man now has delayed the fort restoration as an unseen force. The stones erected and mortar plastered during the day have come unraveled in the night and have been replaced by ruins in the morning, often."

“Those who die by violence here are said to become djinn and haunt their place of death. One of them was a woman, who is said to have built the Fort’s walls in one night alone.”

“There’s a tree growing in the citadel that would bring an untimely death to anyone who touched it because the sorcerer had cast a spell on it. The legend goes that if you are not from Bahla and touched the tree, you would be doomed to great misfortune and an untimely death.”

And there many more. Certainly, there are speculations over these narratives and oral tales infamous in the region, but who knows what might be the truth? Ssssshh!

Nonetheless, if you are planning your trip to Oman, and want to spice up things a bit, then set your eyes on this fort as it takes you away from your mundane and slightly less-paranormal life.

‘Normal’ things to look out for!

Being the architecture of the Islamic period, one could easily spot maze rooms and buildings with spaces, and wells built amidst the fort. Also, there are several open-air stairs, and wind towers making it all the more stunning. 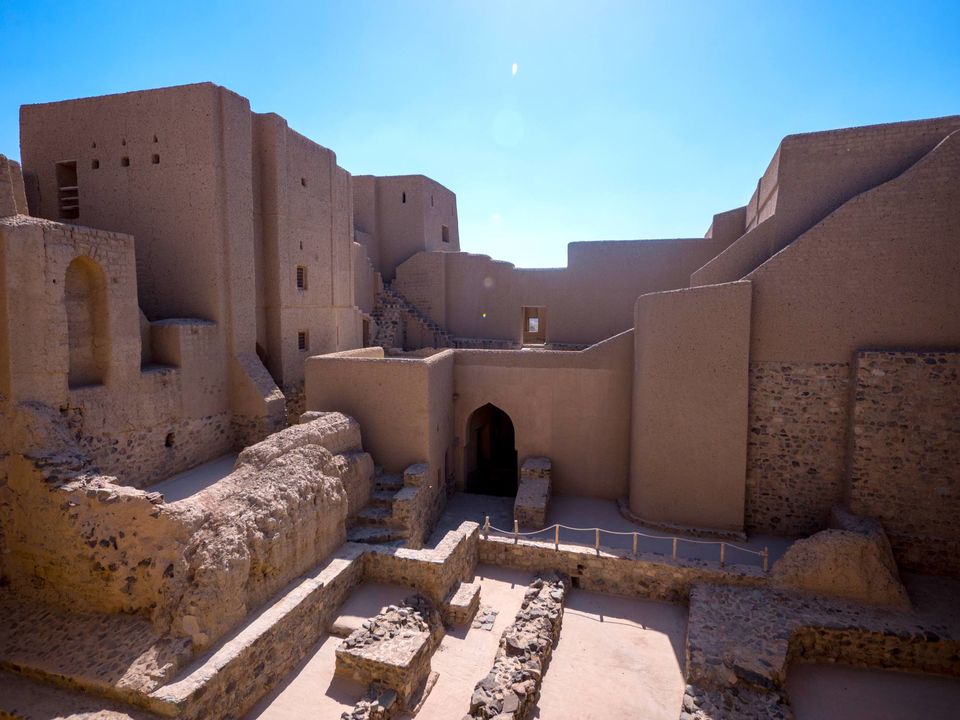 Primarily divided into three parts, the fort, a citadel oasis and an ancient city wall spreading over 13 kilometers; Bahla fort can be a tranquil source of relaxation for tourists and explorers coming in to experience the beauty.

The never-ending similairity of mazes!

Al Qabasah which is a five-storey building is the oldest part of the fort, and is located on the left side. Given the architecture, one could easily get lost and wander for hours in the fort. Also, if gone, don’t forget to capture the long surrounding mud-brick settlement which is organized around the falaj (irrigation channels); a classic example of the medieval Islamic reign. In all the elements, you will find traces of the traditional gunpowder fortifications of Oman. 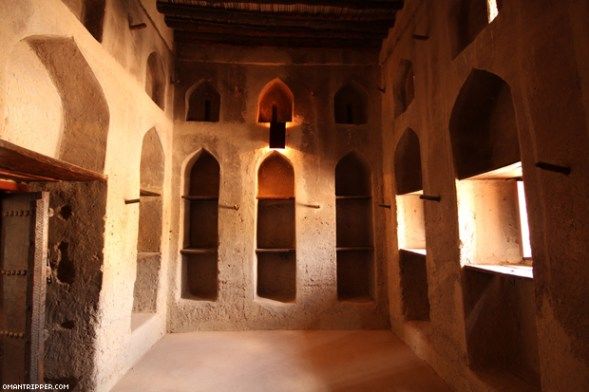 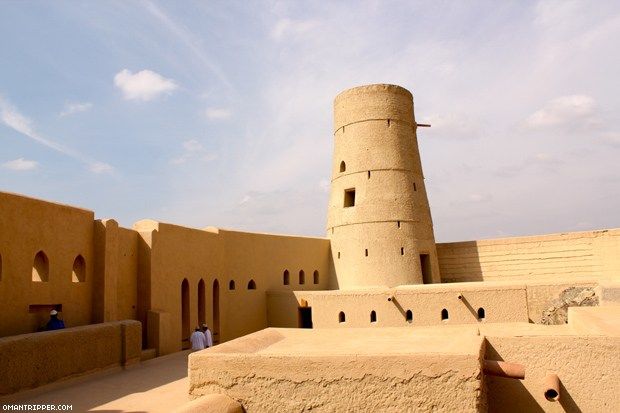 Lay your hands over the ‘magical’ pottery creations!

Home to the traditional pottery creations, copper artifacts, and silver blades, the fort has dedicated markets housed nearby; in the old souq. Ages old methods of clay pottery are still practiced by craftsmen in making utensils and decorative objects. Though the craft is dying with each passing day, the artists have been trying harder to pass on the craft to their further generations.

Dates and spices, and cattle! 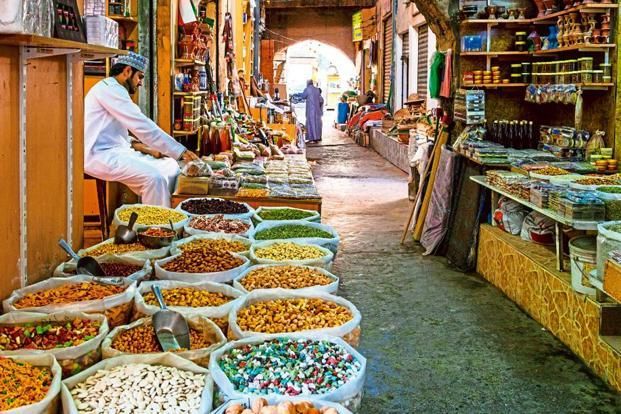 The Middle East, known for its delicacies and savories, one can easily spot sellers selling dates and spices to the tourists. Not much far, there is a place near an old tree into the middle of the souq’s square, where cattle are auctioned weekly, akin to a small cattle fair.

SPONSORED
Want to book a similar trip?
I accept the Terms of Use and Privacy Policy of Tripoto.
SPONSORED
Related to this article
Things to Do in Oman,Places to Stay in Oman,Places to Visit in Oman,Oman Travel Guide,
Tagged:
#Bahlat#Ad Dakhiliyah ‍Governorate#Oman