This Is Not The Time To Give Up

This is not the time to Give up 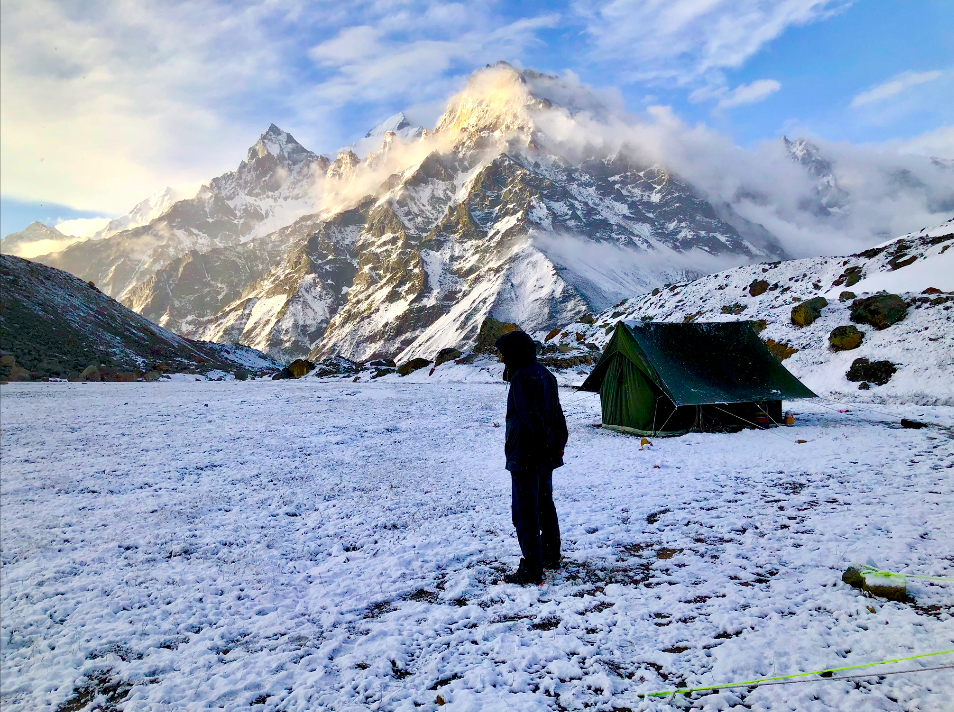 One afternoon, Most of the trekkers were inside the tent, at tapovan, waiting for the snow fall to stop. I went out to pat out snow from the tents to see Renjith standing out , in his poncho, enjoying the snowfall.

We had a chat and he told: "Never have I imagined to see such beautiful mountains ever in my life and I would never be able to come back to such a place too, with the job and family responsibilities I have now . Thanks to you vyshakh. "

He continued : You asked me right when was my birthday and I shied away, a day before. It was exactly 2 days before. ( My mind already started thinking about all the ways we could make a cake with available ingredients in a camp at 14k feet, it was already around 2: 30PM )

I excused myself by making something up and rushed to the kitchen , sat with the cook and found that we can make a cake out of Suji too , the icing out of Milkmaid and can write name with a syrup mixture of milkmaid and bournvita. Fast forward 3 hours later as the sun went down and snow fall stopped , we all came out before Renjith did. Kept a container as a stand ,placed the cake on it and covered it from all the sides before he could see.

With the background of Magnificent Mt.Shivling and Bhagirathi peaks , he cut the cake. 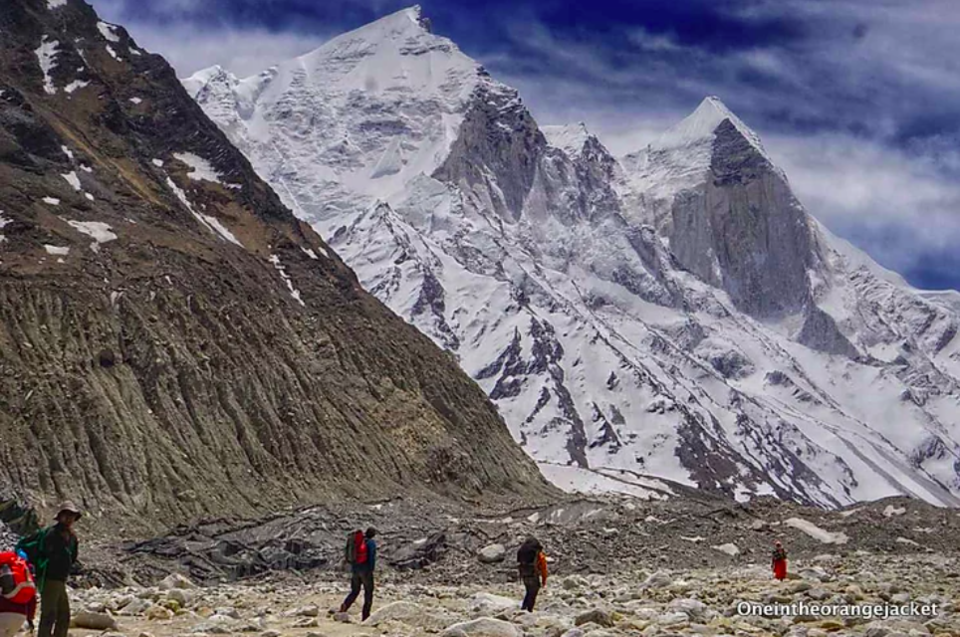 Fast forward it a day :

We all are heading to the snout of the Meru glacier when 4 people decided to head back from a climb after 75 % into it. They all shouted together from below informing that they want to head back.

So I enquired to one of them :

ME :Why do you want to go back? What happened ? HIM: I have a bit of muscle pain in legs and don't want to continue. ME : Alright, I understand . You can go back the way we came. I will see you in the campsite. What are the issues for others ?

ME: Renjith. Remember, You are never coming back here. You know it. Think about it. You have made it until this point. Finish this and go. Thats all I have to say.

Renjith started climbing up without any second thought and the whole team came up behind him.

This was'nt an easy trek at all, but i am proud of each and everyone who is completing it in this season. You guys Rock.