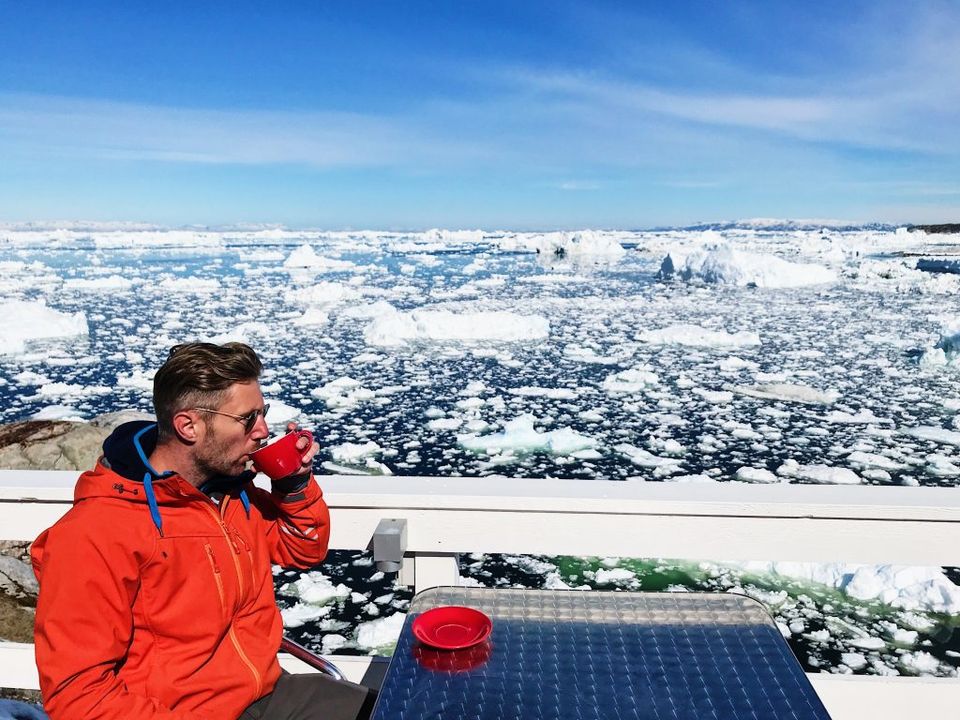 After finishing visiting 197/197 countries, I delved a little deeper into how many countries there are in the world, and it got even more confusing. I came up with a safer list, to make sure I had the whole world covered and that reached 215 countries (including places like the Faroe Islands, Abkhazia, South Ossetia etc.) but, the giant, ice-elephant in the room was that huge part of the globe stuck between Northern Europe and Canada. It haunted me every day when I looked at maps. It was, of course, gorgeous Greenland, I just HAD to travel Greenland!

So I whacked it on the itinerary, asked my buddy Anthony to join me, created a 7 day Greenland Itinerary, and we were good to go. First, though, where is Greenland and how do you even travel to Greenland?!

It’s kind of near Iceland, but it’s bigger, icier, and runs all the way to the Canadian border, and almost as north as the North Pole (in fact, the landscape in Greenland reminded me a lot of the time I ran a marathon at the North Pole!). Check out the google map below to see where it is on a globe. 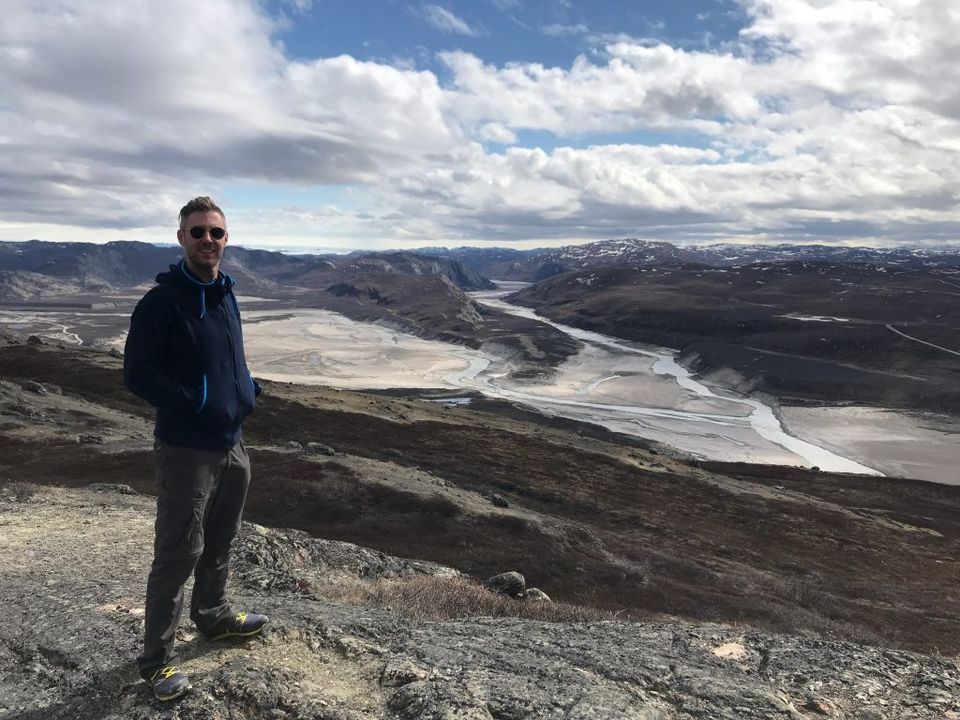 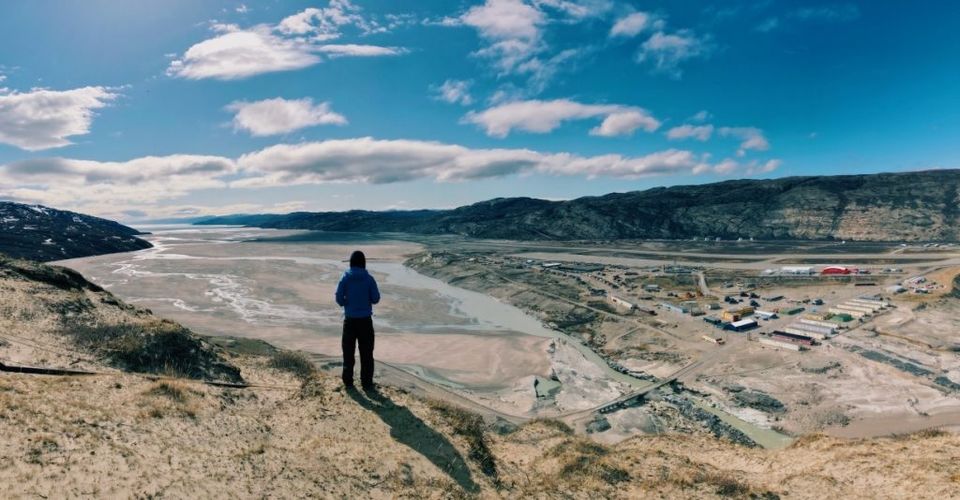 Is Greenland A Country?

No, Greenland isn’t a country. Greenland is, however, the world’s largest island! It does, in fact, belong to Denmark. But it does retain autonomous status from Denmark. There are 57,000 people who live in Greenland. And in 2009 expanded Self Rule was inaugurated, giving Greenland even more power.

88% of the people in Greenland are Inuit, the other 12% are of European descent. The majority of people speak both ‘Greenlandic’ and Danish (and English!), and they don’t refer to themselves as Danish. People from Greenland do carry Danish passports though.

Greenland, despite belonging to European Denmark, is actually part of North America!

How to Travel to Greenland

There are no ferries there, not from Denmark, from Iceland or anywhere else in the world. Some super-high-end expedition cruises sometimes take passengers there on a crazy, but wonderful, a boat trip through the Arctic circle but costs are often $10k+.

So unless you’re rich, that leaves you with one option – to fly. You can only fly to Greenland from either Iceland or from Denmark (to which Greenland belongs). There are 2 airlines that fly to Greenland – Air Iceland who naturally fly from Iceland (but watch out, that’s still different from Icelandair!) and Air Greenland who fly predominantly from Copenhagen, but in the summer they have a few flights from Iceland too. 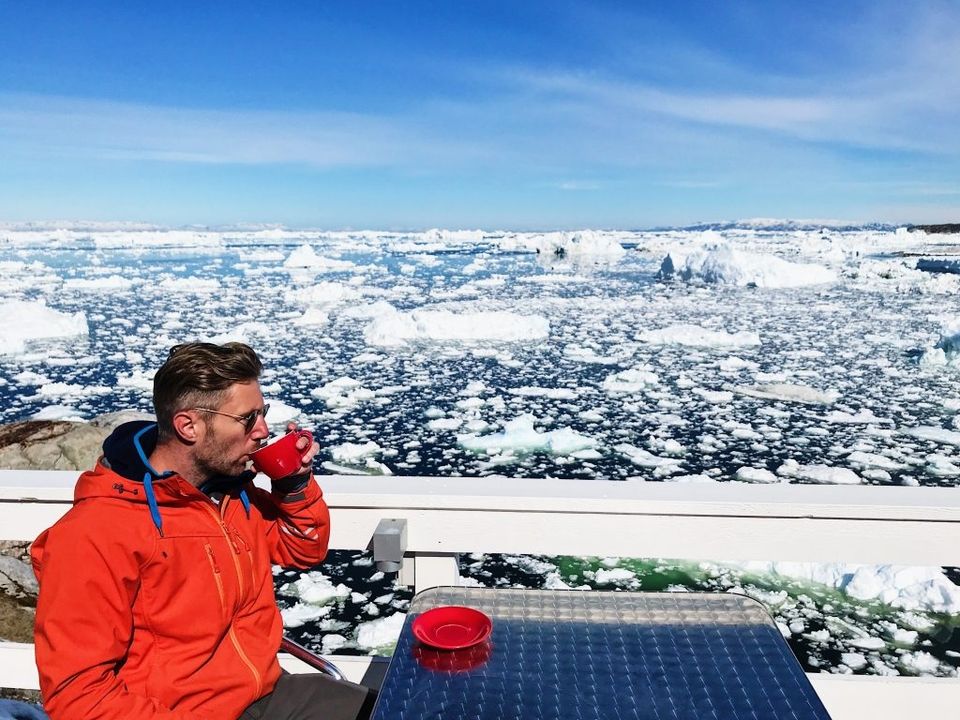 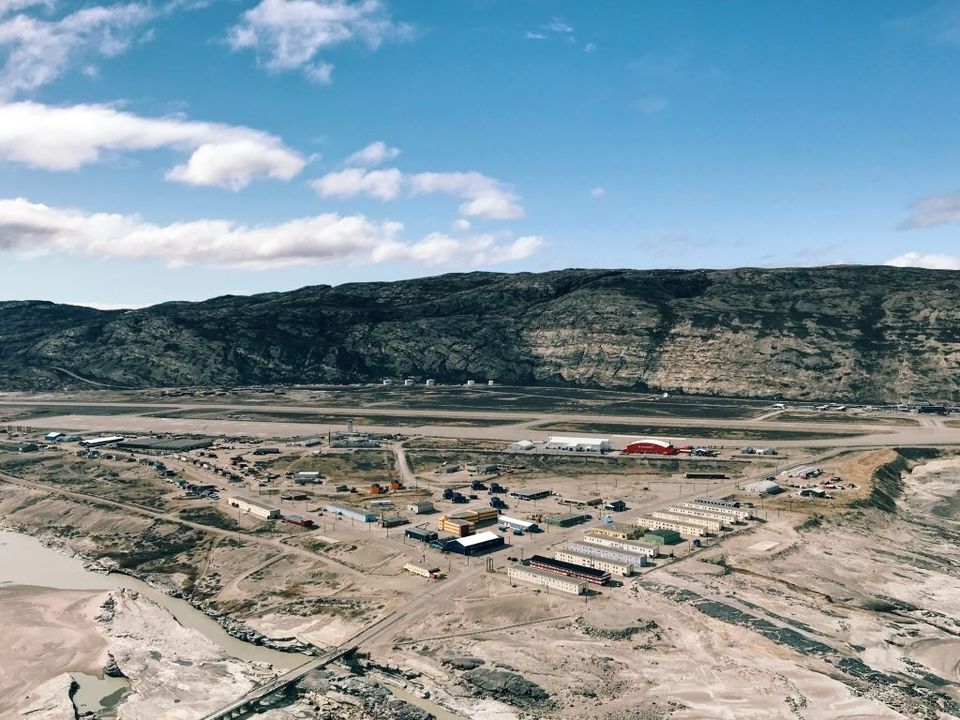