Unforgettable experience of an unplanned trip 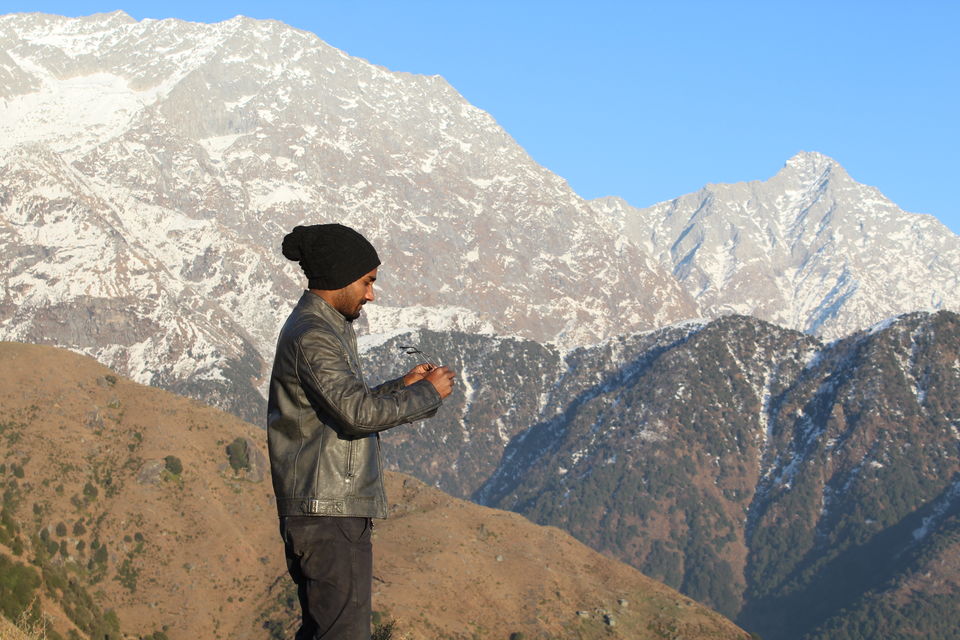 finally, my journey begins toward Manali. but I was not aware of the roads of the hilly area it was very carved as that was my first trip to the hilly area. somehow I control myself and I advised you to carry any medicine etc. if you are not familiar with curved roads. it was like my bus was making a circle. but after an hour I started feeling better and enjoyed my journey. I saw some small tea forms there from the window seat for the very first time and about 7pm I peeped outside from the bus and saw many tiny houses on the mountains they were shining like a star in the sky it was mesmerizing. I reached mandi at 10pm as I had not booked any hotels in advance so I enquired about the hotel to some locals they said if not found any hotel than you can stay in the gurudwara near the bus stop but I preferred search for an hotel than I searched online trivago there was a hotel near the bus stop I went their it was 10:30 pm in the night but the hotel actually closed so I called on the number given on the website and the receptionist took the phone and I said hello sir I am standing outside the hotel do you have a room he said to wait for a minute I am coming to open the door that moment I felt relieved I entered in the hotel he gave me the room only for 700 hundred the room was average but as I was exhausted directly went to bed and slept.

Next day I waked up in the morning and visited in the small Dhaba near the Sukheti khad river hot tea and the very famous Aalu ka paratha only for 60 rupees. after having heavy breakfast I went to the gurudwara near the hotel and a river is also passing near to the gurudwara it was beautifully constructed and the view was eye-catching.

After going through the streets of mandi I caught the bus for Kullu. when the bus started cold air of mountains kiss on my face like it was welcomed me in the Himachal I adjusted my seat with the other person and grab the window seat. Beas river was flowed along with the bus and the water was absolutely pure my bus was passing through the mountains and the mountains were unbelievable. finally, I reached to Kullu someone had told me that Kullu is famous for river rafting so I add river rafting in my bucket list. I feared for river rafting but I had to experience than I contacted the person who was providing the river rafting service there. I selected the short stretch package that was a 4 km ride, duration was 25-30 minutes and they charged 600Rs if you are adventure lover then I recommend you to take a ride of river rafting you could experience the taste a bit of Himalayan White Water Rafting in Beas river. 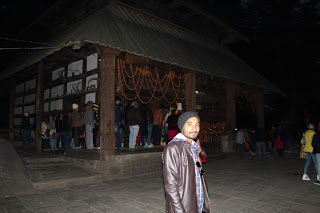 Although it was not a planned trip I was going to Dharamshala and than return to Delhi .but when I was returning to Delhi and at Dharamshala bus depot waiting for my bus I realise that my Dharamshala trip was full of excitement and was fully adventurous I decided to let's explore more and collect some more memories for life.

So, I took my bag and caught the bus around 4pm for Mandi. my plane was not to go Manali directly but to enjoy every moment I decided to go mandi first and than Kullu and finally Manali. it was the ordinary bus and the price was satisfactory in comparison with  other buses like Volvo. 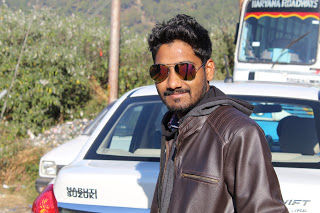 Manali is a hill station in the state of Himachal Pradesh Usually most of the people think that Manali is only for newly married couples but this is totally wrong when I arrived their many people come to me and said sir hotel chahiye hotel, aao bhaiya aao hotel.. hotel, saste main krawa Dunga, Ek Baar dekh lo, mountain view rooms dekh lo . I was totally blank what's happening well somehow I got rid of that. After 15 minutes one person come to me and politely asked me sir do you need a hotel and I said yes but I should be in my budget he said ok come with me in front of the bus stand I found the hotel on a very reasonable price it cost me 900 Rs. After taking a hot water shower I dressed well and were out for the stroll. I visited the very famous Hidamba Mata mandir it was on walking distance. the temple is an ancient cave dedicated to Hidimbi Devi, Wife of Bhima. The temple is surrounded by a cedar forest I recommend you to hire a guide so that you understand the importance of the temple and its history. Entry is free and you can click some pictures with the animals like yak and rabbit locals charged only 10 to 20 rupees. 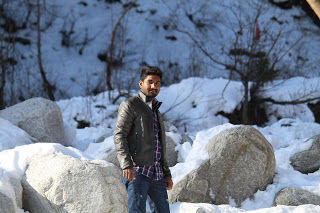 The next day I went to Solang valley I booked taxi its cost was 500 Rs but it was my mistake I booked taxi only for one side and in the returning, I couldn't find a taxi because you have to book the taxi for both sides so make sure you don't repeat this mistake. Solang valley is a heaven mountain was covered by purely white snow the sun was rising behind the mountains and waterfalls was mesmerising and unforgettable and having hot Maggi on the mountain was a special feeling you would fall in love with Solang valley. there are many activities to do for example:- skiing, it will cost you 300 to INR 350. ropeway will cost about INR 450, then what are you waiting for go there and click amazing photos and add this trip in your favourite memory list