What stops you from travelling? 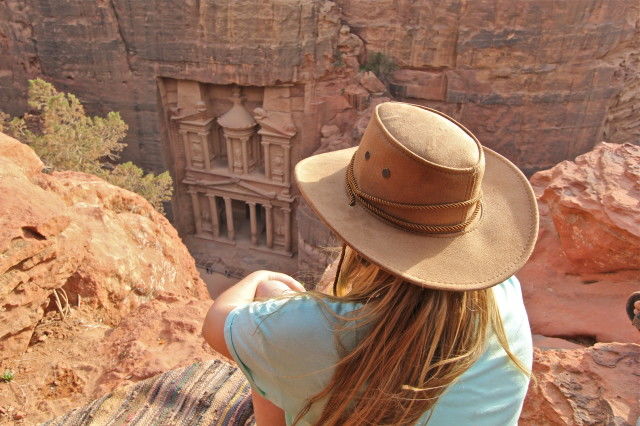 I recently watched the film ‘Up’ for the first time; it’s a Disney movie about a retired balloon seller called Carl.  Carl and his wife met when they were just kids and, being the adventurous types, one day planned to move to a cliff overlooking Paradise Falls, South America.
They save for their trip for years, but life always gets in the way of them actually going, and it’s only when he’s an old man and his wife has passed away that Carl decides to fulfill him and his wife’s childhood dreams by lifting their entire house up with balloons and moving it to Paradise Falls.
It’s not an easy journey though; along the way Carl has to overcome many obstacles – not least the fact that he has a small boy in tow that accidentally came along for the ride after hiding inside Carl’s house!  Together they survive thunderstorms and evil, talking dogs and encounter many setbacks along the way.

It got me thinking about the things we have to overcome to travel to the places we want to go.  Carl wanted to get to Paradise Falls, no matter what.
So what kind of things might stop you from fulfilling your dreams to travel the world, work abroad or move to a different city?  Lets discuss:

Fear: The first and the most important thing that stop someone to step out, is FEAR. It may be differ from person to person like fear of flying, fear of the unknown, the fear of giving up everything you’ve got, the fear of leaving everyone at home.  There’s always going to be some feelings of anxiety but it’s almost always worth it!

Careers: From the age of around 15 we’re told that securing ourselves careers is the only aim of your life. I know there are some people out there who will argue that “you need a job to live, to pay for things….”
I completely bought into that until I actually got into the workplace and realized that I was definitely missing out on something.  To me, having a career is important but it is also very important to do what I want to do in my life.

Family: There were certain reasons that I didn’t tell to my family my travel plans, I didn’t want to discuss whether or not I should go. It’s almost like they want to be happy for you but at the same time, they care too much to just let you go.

Money: Not having enough money shouldn’t be a reason to not travel.  If you actually have the intention to go through with it, book a plane ticket and start saving; if you really want it to happen you’ll find a way to make it happen.

Others Opinions: Most people you’ll talk to about your desire to travel will be slightly jealous and tell you how lucky you are but there’ll be a couple of people who don’t approve of what you’re doing at all.  Some people won’t even understand the burning travel-desires you have.  Maybe they just wish that they could do what you’re doing, or have the confidence you have to give everything up and go. Whatever it is, don’t let it stop you going.

Sometimes it’s easy to let fear stop you, or confidence or money. But how we overcome from all fears its only depends on us.
Have you had to overcome any of the above so that you can travel? Or maybe you can add your own to the list?

SPONSORED
Want to book a similar trip?
I accept the Terms of Use and Privacy Policy of Tripoto.
SPONSORED
Tagged:
#City Travels#Festivals & Events#beach holidays#road trip#budget travel#adventure