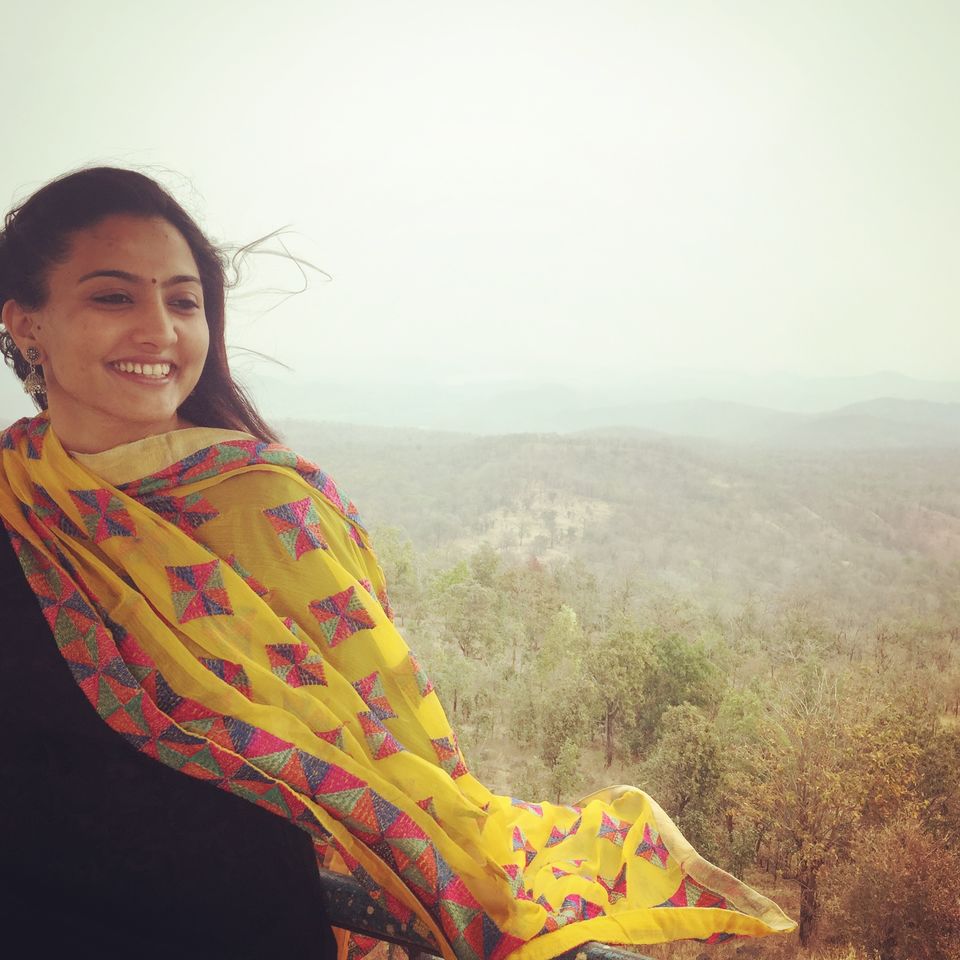 Money and family support are two major factors that limit your ability to travel alone for a longer duration. As such, these are the external factors because they are not entirely under your control. However, even if you have money and family support, there are still few factors that substantially limit your capability to travel solo. You may call them internal factors, mental barriers or psychological limitations; but, the good news is that you can get over those factors as they are under your own control.

So, here I am listing 7 mental barriers women need to overcome in order to achieve their solo travel goals.

As Sheryl Sandberg, the COO of Facebook, says in Lean In – Women, Work, and the Will to Lead,

“Fear is the root of so many of the barriers that women face. Fear of not being liked. Fear of making the wrong choice. Fear of drawing negative attention. Fear of overreaching. Fear of being judged. Fear of failure. And the holy trinity of fear: the fear of being a bad mother/wife/daughter.”

And she is spot on! One of the strongest internal mental barriers women face is fear. And how do we get over it? By facing them head on!

Read: 5 Things you are scared of before traveling solo and how to deal with them

Always remember, fortune favors the brave. So, find out why are you scared of solo traveling, and then DO IT SCARED; or, ask yourself: what would I do if I weren’t scared? And then go do it.

Mental Barrier No. 2 – Self-doubt and lack of confidence

Imposter Syndrome is a psychological phenomenon. It is a pervasive feeling of self-doubt, insecurity, or fraudulence, despite overwhelming evidence to the contrary. You think yourself to be a fake or a fraud, despite your achievements. You think that you have succeeded because of luck, and not because of your hard work, talent, skills or qualifications.

Although Imposter Syndrome affects all kinds of people, several studies have shown that women are more susceptible to it.

The best way out of this problem is to realize that “feeling like a fraud” is normal. You only have to remind yourself of what you’ve accomplished. Believe in your abilities. Trust me, women are far stronger than they think themselves to be!

Of course, there are many women who are as ambitious as any other man; still, in general, the majority of women are less ambitious as compared to men. Younger women are ambitious; but with age and increased family responsibilities, they tend to give up their ambition, including career and travel goals.

Being ambitious is not a compliment for women; on the other hand, men have to be ambitious. Women who show power, ambition and the will to pursue her passion often pay social penalty. And this becomes one of the mental barriers as women lower their expectation of what they can or should achieve.

Read: 7 Reasons why you should travel solo

So, be ambitious and have courage to pursue your ambition, come what may! If you want to travel alone, then do it! Don’t let anyone tell you that you can’t do it.

But, let me make myself clear, by no means I intend to say that women who choose to stay at home and take care of their family are less ambitious than working women; as long as the decision of staying at home is based on personal choice, and not based on any pressure from her partner, family or society, it should be respected!

Our cultural conditioning associate many negative messages with a female solo traveler. For instance, messages like – it is wrong for a female to travel alone; a girl traveling alone is like an open safe (remember this dialogue from Jab We Met movie); girls from good family do not go out alone; girls who travel alone are rebels and not family oriented; solo travelers are inherently sad.

Most of the women internalize these negative messages and stop thinking about traveling alone; they do not want to be the odd-one-out or break stereotype.

Read also: How to prepare yourself for solo travel

The only way to get over the mental barriers like these is to realize that there is nothing wrong in traveling alone. Solo travel is not gender specific activity; it is a choice and that choice is available to both men and women.

So, stop internalizing such negative messages and do what you truly desire!

Mental Barrier No. 5 – Desire to be liked by everyone

Our cultural ideology has always associated men with the role of the protector, and women with nurturing role. Anything that goes beyond that nurturing role for a woman creates a negative impact and makes everyone uncomfortable.

People consider women, who can travel alone, as “too independent.” Such women generally don’t rely on any other person for their financial or emotional needs. People see such independence as being against the basic norms of society (as men claim superiority over women on the basis of dependability).

In their desire to be liked by everyone, women compromise their goals, including travel goals; generally, it is women who hold themselves back to give way to the wishes of the family members and society.

To overcome this mental barrier, women need to understand that one cannot make everyone happy; you will always disappoint few people. But always remember: You are living your life, not theirs. So stop trying to be liked by everyone.

Number of researches have proved that women are more prone to feel guilty as they have more interpersonal sensitivity.

And while juggling with all these stereotyped roles, women feel guilty for going on a solo trip.

A lot of this guilt originates from the way we have conditioned women for thousands of years into gender stereotypes. Women have to get along with others, not hurt anybody’s feelings, and take care of loved ones; solo travel is mostly contrary to these standards.

Read also: Why I don’t feel lonely while traveling alone: 7 ways of how not to feel lonely during solo travel

Mental Barrier No. 7 – “What others will think!”

For a long time now, society has recognized women as keepers of family values and reputation. And since we live in a close-knit society, what our family members think, and what society thinks, govern our actions.

This emotional and societal baggage often determines the course of action taken by women. So, when it comes to decide whether to travel alone, “what others will think” is a huge consideration for women. This mentality has crushed so many dreams.

The only way of getting over this barrier is to understand that opinion of other people (except people who really matter to you) is none of your concern.

Overcoming these internal or mental barriers is the first and the most important aspect of solo travel. You can manage every external barrier with the support of your partner and your family; but first, kill your own demons!

Are you not going for a solo trip because of your mental barriers? What other mental or psychological barriers restrict you? Let me know in the comments section below.