Egypt Travel GuideEgypt TripsWhy I Travel: The Benefits And Joys Of Seeing The World

Why I travel: The benefits and joys of seeing the world 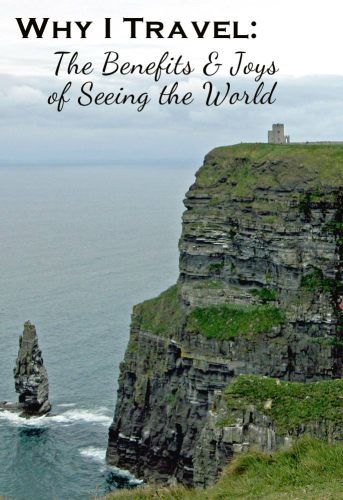 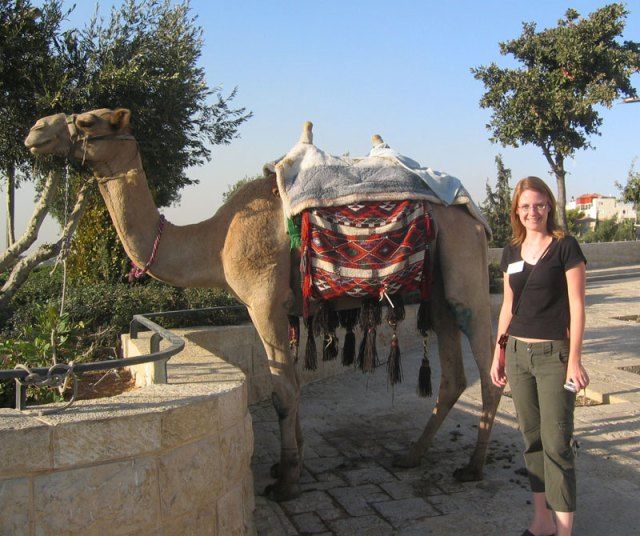 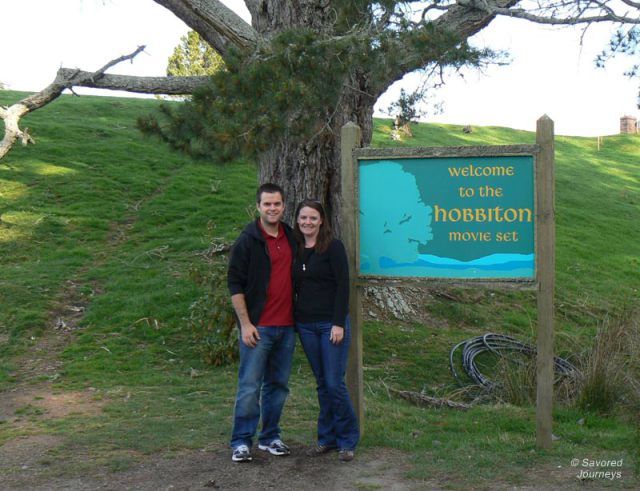 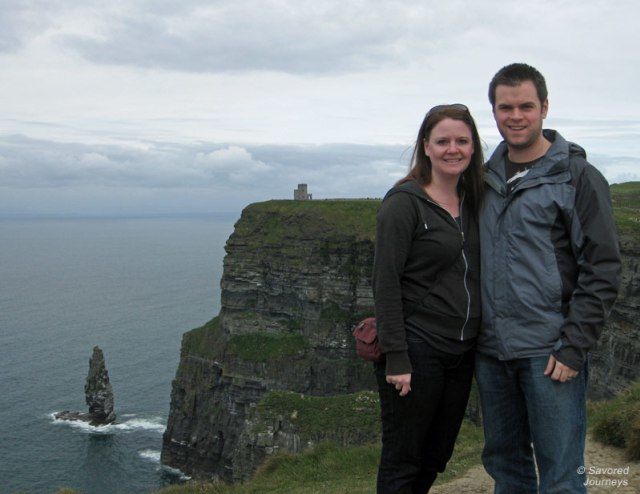 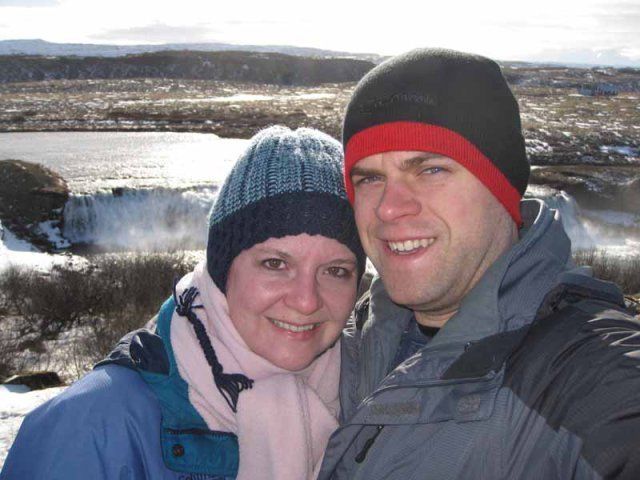 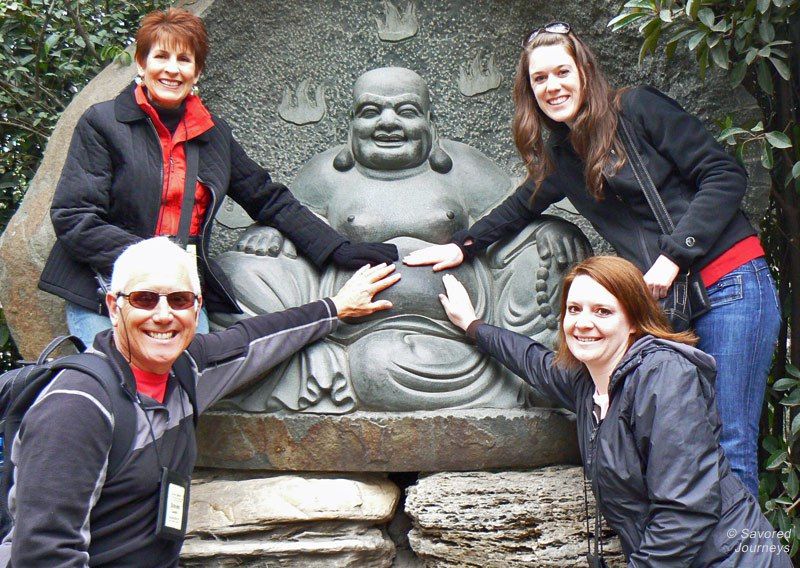 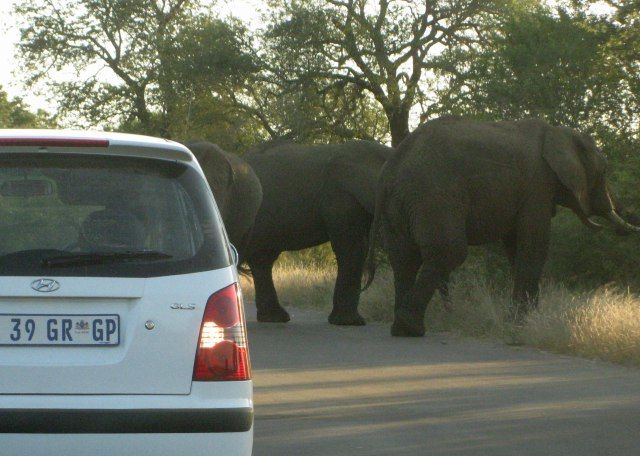 Traveling has been one of my top priorities for a very long time. I make a concerted effort to travel as much as I can throughout the year, while holding down a full-time job, and I do it because I love it. 20 years ago, in 1995, I graduated from high school and had the opportunity to travel to seven countries in Europe. That trip changed the way I see the world and helped me define who I wanted to be as an adult. I’m so thankful for that opportunity, because without it, I’m not sure that I would have made travel a priority, and my life would look vastly different today because of it.

I wrote this post because I want to share my perspective on why travel is important and what I think are the main benefits of traveling, because there are many, and those benefits can often be overlooked. I know you’re not going to just take my word for it and run out to book those tickets to France, but I hope that I can encourage you to broaden your horizons a bit and consider how travel might fit into your own life.

Traveling expands your appreciation for other people and cultures.

In 2005, I traveled to Israel on a group tour to see some of the top biblical sights – Bethlehem, Jerusalem, Golgotha, the Sea of Galilee. It was an incredible trip. Israel is a beautiful country, full of incredible culture and customs, great food and friendly people. It was my first trip to the Middle East, followed shortly by a trip to Egypt in 2007, and it really expanded my appreciation for a region of the world that I only knew from reports on the news and snippets of other people’s perspective on the area. I finally had a chance to see it myself and to build my own perspective, rather than relying on what are likely someone else’s distorted views. There is so much to learn from actually visiting a place and seeing for yourself what their culture is like.

It allows you to see past your own concerns and troubles and become more compassionate.

When I leave behind my world and join in someone else’s — even for a short period of time, like a 2-week vacation — I am always able to see my own concerns and troubles in a better perspective. What I thought was such a major catastrophe at home suddenly seems trivial, or the grudge I was holding onto no longer seems important. I know it’s just the distance and space I’ve had to step back and look at the issue more clearly, but to me that’s a huge benefit to regular travel. It’s sort of like an instant reset button. As you start to see that you aren’t the center of the universe and that people around you have much bigger issues and problems than you do, you start to feel more compassion and understanding for people.

It gives you a greater desire to help people who are less fortunate than you.

When I was in high school, my youth group traveled to a poor border town in Mexico each year to build houses and lead bible study for the villagers and children who lived there. The families we built the houses for were living in what amounted to forts built out of discarded materials, like plywood boards, plastic sheeting and old tires. The children were ecstatic to play with empty cardboard boxes that we brought our materials in. That was my first real experience with such incredibly poverty and it helped me see that my own worries and concerns were so trivial in comparison. It also opened my eyes to how wasteful and ungrateful we are for the things we have. While this is obviously an extreme example, there are many times during our travels around the world that I am moved by compassion for someone or convicted by my own materialism.

It expands your borders, literally.

In just over 20 years of traveling, I’ve been to 50 countries on every continent, except Antarctica. I’ve been to Egypt and Israel, to Switzerland and the small country of Liechtenstein, to South Africa and Morocco, to Peru and Argentina, Australia and New Zealand. I’ve walked on the Great Wall of China and crawled into a Pyramid in Giza. I’ve tasted Malbec in Mendoza and Port in Portugal. I’ve stayed in an overwater bungalow in Bora Bora and visited the floating markets of Bangkok. My borders have truly been expanded. I might not be as adventurous as my friend who goes to places like Iraq and North Korea on his trips, but I know that the world is open to me and I can go anywhere my heart desires.

It breaks you out of your comfort zone and chips away at your fears.

For a long time I was really afraid to deal with the language barrier in a new place. It was an irrational fear, seeing how thousands of tourists go to these places every year and get by with pointing and gesturing. I’m no different than any of those people and it’s unlikely that anyone I come in contact with on a vacation will not have dealt with a hundred of me already that week. The language barrier doesn’t have to be frightening. It took a number of trips for me to realize that and to embrace the fun of learning a few important words in each country I visit.

Another great example of stretching my comfort zone and overcoming fears on the road was a on a trip I took by myself to Montenegro and Croatia. Talk about fear… well, read about it here.

It helps you discover more about yourself and your traveling companions.

Nothing I’ve done in my life has taught me more about my own self more than traveling has. There are many times I can recall where I didn’t know how I would react in a particular situation until it happened. I’ve been able to identify many of my own strengths and weaknesses through trials and excitements I’ve had while traveling. I also think traveling with someone is a fantastic way to really get to know them on a deeper level. My husband, Nick, and I have been traveling together now for 6 years and we’ve grown together immensely through our travels. We’ve adopted a travel style that’s all our own and that works really well for us, and we know each other’s buttons and breaking points. Prior to traveling with Nick, I traveled a lot with my friend Sarah and we always had such fun together. I will always have incredibly fond memories of our trips together. We built a bond of friendship that will never fade.

The memories you make and will cherish forever are worth more than anything you could buy.

Since traveling is my priority, I don’t spend money on other things like clothes and expensive hair treatments. I don’t buy shoes or jewelry and I don’t really care for massages or facials or anything like that. I prefer to spend my money on experiences and things that will result in memories that I know I will cherish forever. The memories are priceless to me. I might buy a $100 shirt and wear it a hundred times, but I doubt that I’ll build fond memories of the shirt. I could spend that same $100 on a cooking class in Thailand and I will have those memories for a lifetime. Every time I look at the photos or try to cook one of those dishes myself, I instantly get taken back to that experience in Thailand.

It gives you major bragging rights when you can say “I’ve been there,” while watching Anthony Bourdain on TV.

Nick & I occasionally watch travel and cooking shows and every time a destination comes on that we’ve been to, we get all excited to see it again. It’s inevitable that one or both of us proclaims, “We’ve been there!” There’s something really cool about seeing a place on TV that you’ve already been to. And whenever I’m talking to people about a cool destination, I feel really giddy to say that I’ve been there. Maybe that’s just silly, but if it makes you happy, then it’s a benefit!

You will meet some of the friendliest, like-minded people who might turn out to be your friends for life.

On a group trip to China that Sarah and I went on in 2010, we met and quickly became friends with the nicest, coolest people we’ve ever come across on our trips. Their names were Steve and Carole and they were from California. We became acquainted on the first couple days, but by the 4th day of the trip we were fast friends and we did everything together for the rest of the trip. Since then, I’ve visited them in California and they’ve visited Sarah in DC. Of course, we had a lot in common with them, being that we’re all avid travelers and have been to many of the same places, but they’re just great people. Whenever we travel, we meet some of the nicest people.

You can live (actually LIVE) through your own travels. No need to do it vicariously through others.

I’ve had many people tell me over the years that they live vicariously through my travel photos that I post on Facebook. While that’s fine for people who have not chosen a life of travel and who don’t really want to leave the comfort of their own homes, it’s not fine for me. I want to live every day to the fullest and even though I can’t travel full time because of work, I want to use every second of my leave time going somewhere, seeing something and truly living.

You will find yourself in hilarious, terrifying, awkward and just downright laughable situations that you will later realize where the times you felt the most alive in your entire life.

When Nick & I were driving through Kruger National Park a few years ago in South Africa, we were in a rush to get out of the park before closing but got waylaid by a pack of elephants that were hanging out on the road, blocking our path. We ended up being 30 minutes past closing time and had to explain to the park rangers that the elephants made us do it. In Thailand, we were walking around Chiang Mai one afternoon in the sweltering heat and stopped to ask for directions from a local. While he was talking, Nick’s $5 cheapo sunglasses we bought to replace the nice ones he left at home started to literally melt off his face and fall in pieces to the ground. He somehow maintained a straight face as he intently listened to the directions, but I couldn’t keep from laughing.

These are just a few of the benefits of traveling that I’ve realized over the years. I know there are a million more intangible benefits that are impossible to convey. I hope, if anything, you’re inspired to travel more yourself and spread the joy that you received from your travels.