The Crimean Peninsula, with its voluptuously curved Black Sea coast of sparkling cliffs, is paradise—with Riviera-grade vistas but without Riviera prices. Balmy with 300 days of sun a year, the place served as the playground of tsars and Politburo fat cats. Russians practically wept when, after the breakup of the Soviet Union, Crimea was pulled out of the orbit of Russian rule and became part of an independent Ukraine.

Tip: English isn’t spoken widely outside the major tourist areas. Bringing a Russian phrase book and learning a few basic phrases before your trip will make it easier to ask directions, order food, and interact with locals.

Our journey began from the somewhat unusual tourist destination Donetsk in eastern Ukraine. Donetsk is dominated by mining and heavy industry and there are very few tourist attractions in the city. The only thing I knew about this place was 1. The winners of the 2009 UEFA Cup, FC Shakhtar Donetsk is based out of here 2. This was pole-vaulter Sergey Bubka's hometown 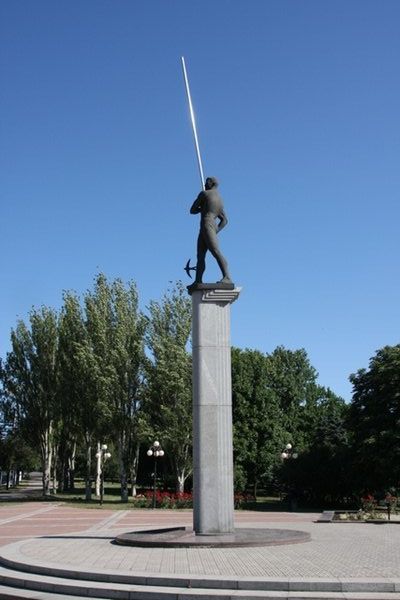 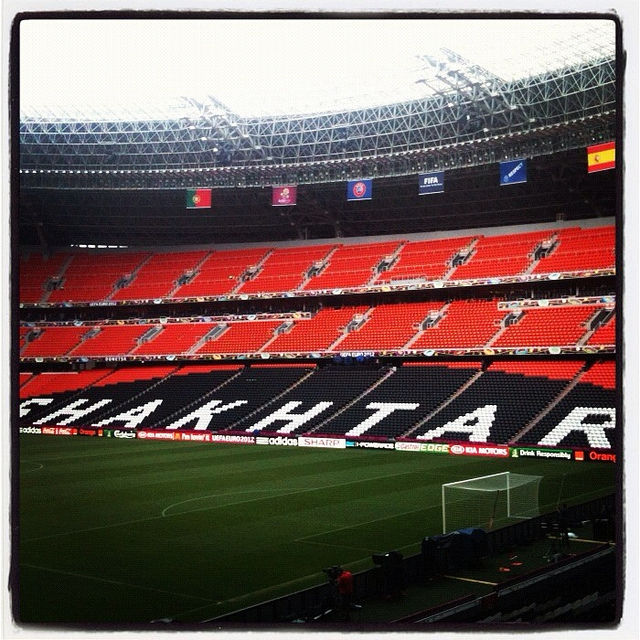 Next stop enroute Donetsk. We did see some other things when we were in Donetsk and we also spent part of the day at a seaside resort named Mariupol. 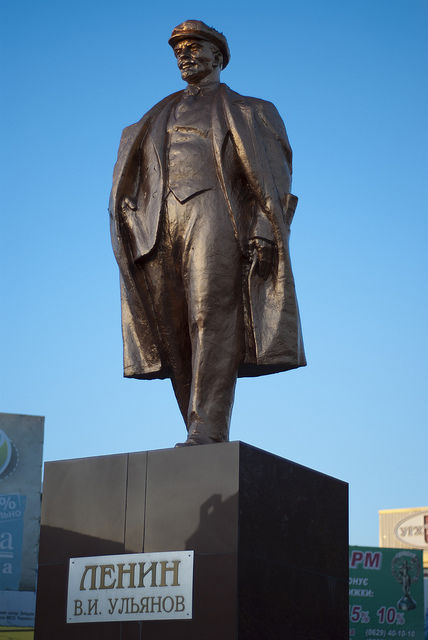 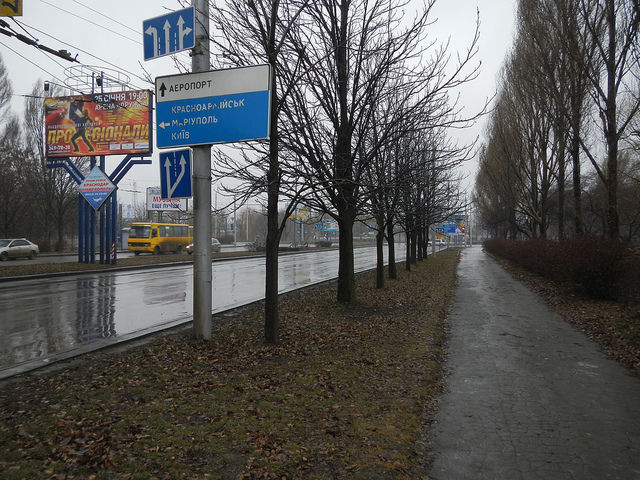 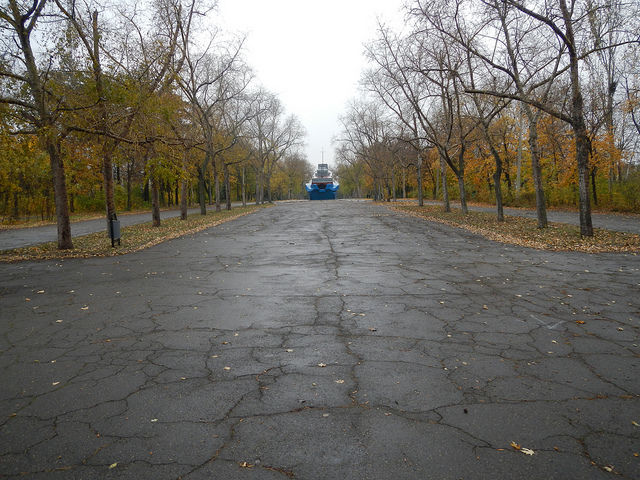 After Donetsk we went to the city Yalta on Crimea. Yalta is a seaside resort next to the Black Sea that for decades has been a popular holiday destination. Today there are mostly Ukrainians, Russians and others from the former Soviet Union who visit Yalta. A few westerners also come here but they are easily outnumbered by the Russians. 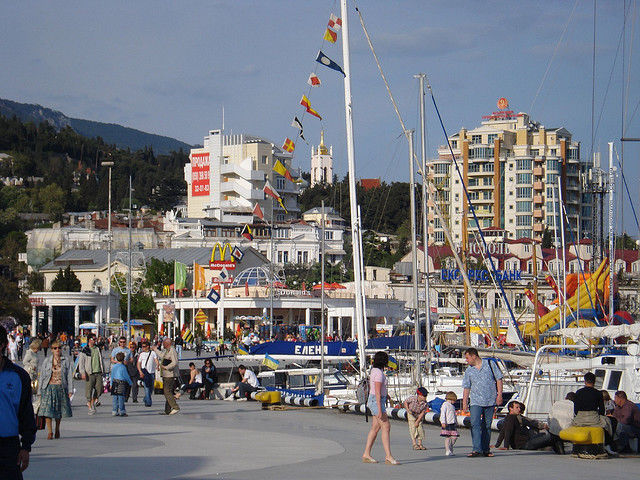 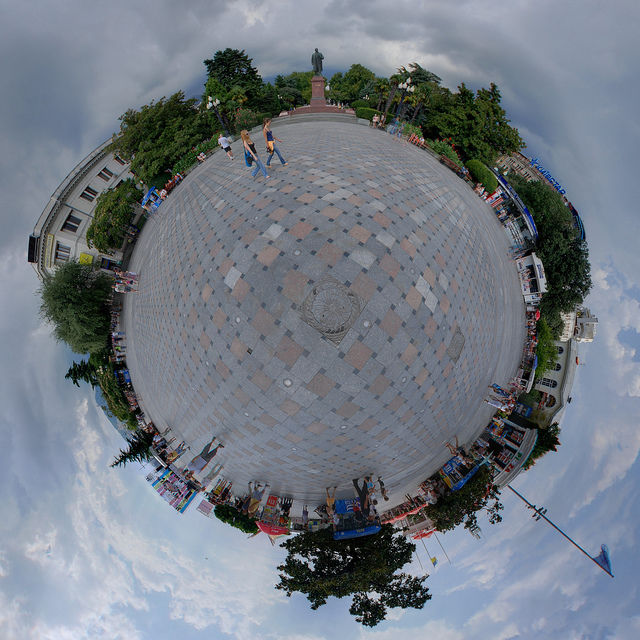 Livadia Palace is today open for visitors and inside the palace there is one exhibition on the Yalta Conference and one on Tsar Nicholas II and his family. The Livadia Palace is built of white Crimean granite in the Neo-Renaissance style. The edifice features an arched portico of Carrara marble, a spatious Arabic patio, a Florentine tower, ornate Bramantesque windows, a "balcony-belvedere", and multiple bays with jasper vases. 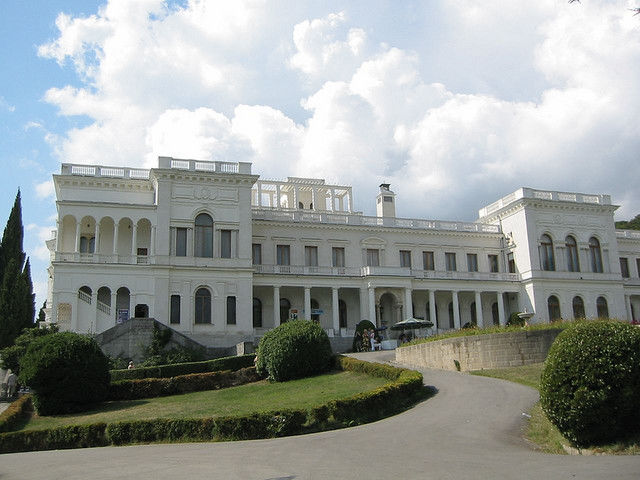 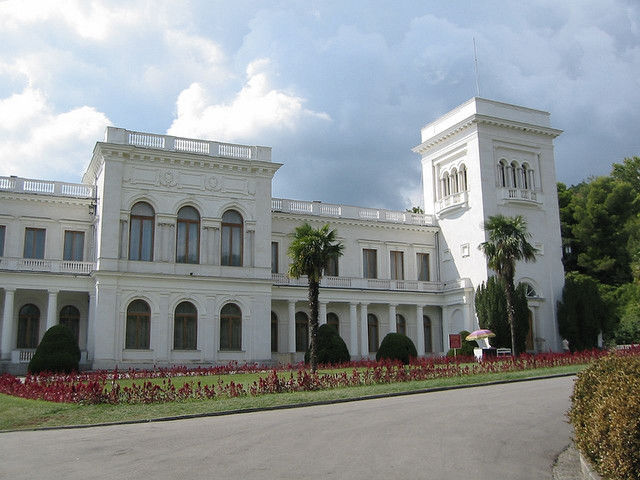 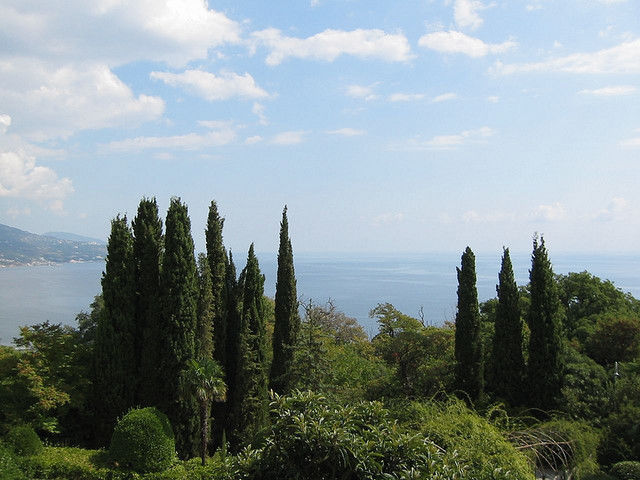 The highlight of the trip is Swallow's Nest. Swallow's nest sits on a cliff over the ocean and looks like it could slip off from its foundations at any time and fall down and disappear into the water. 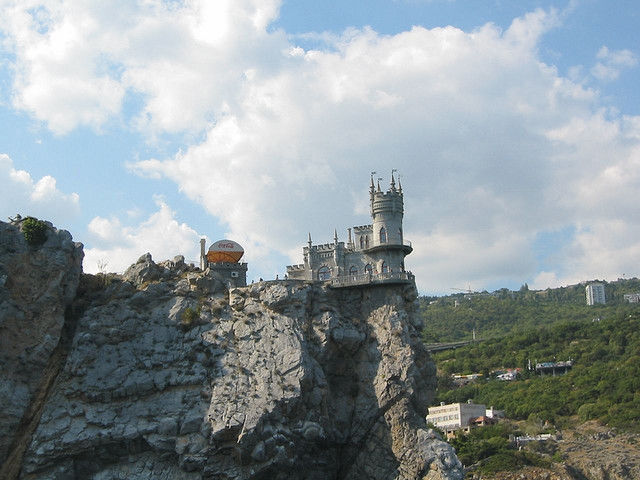 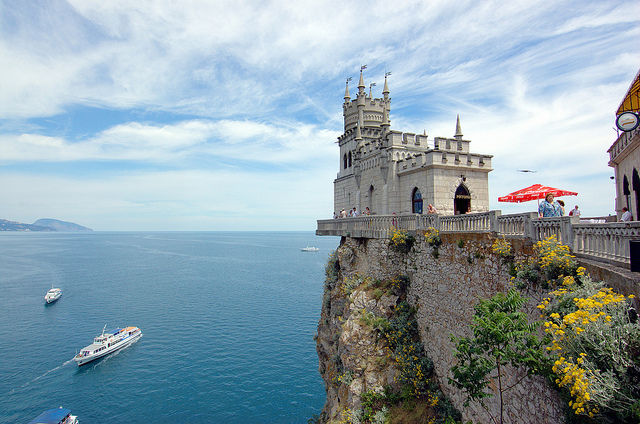 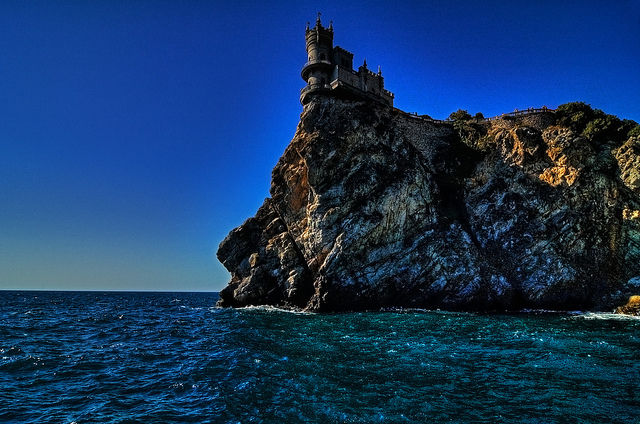 The next day on Crimea we went to Sevastopol. On the way back from Sevastopol we stopped at a town named Foros. Foros church sits on a cliff high above the town. The views from the church are impressive and the positioning of the church makes for very nice photos. 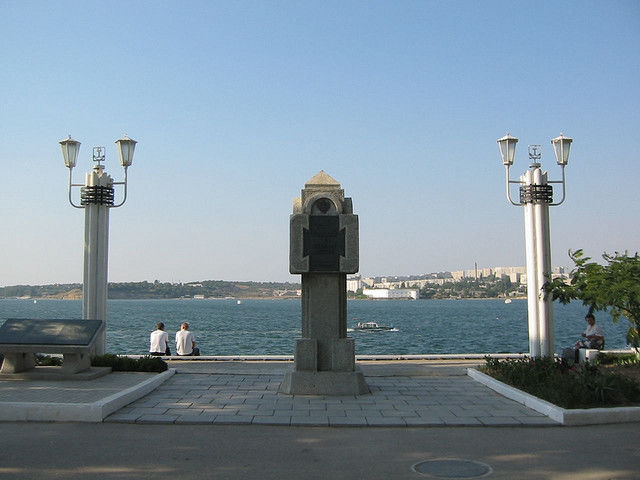 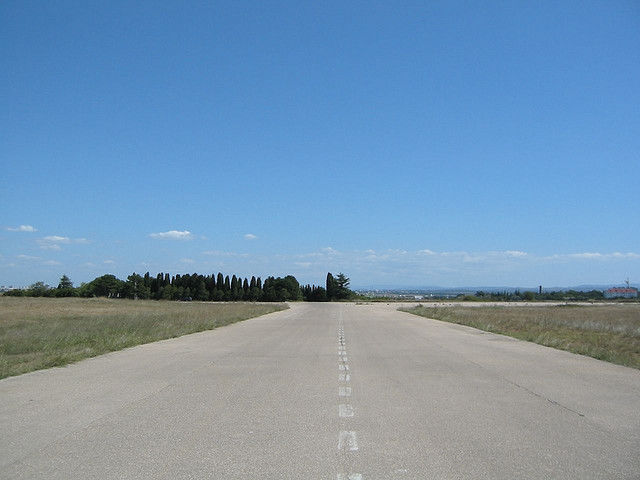 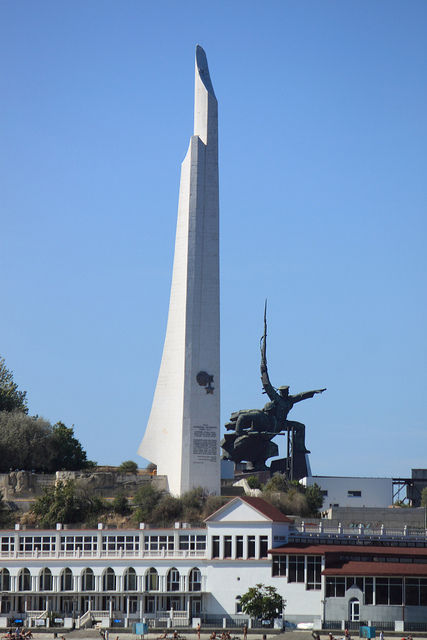 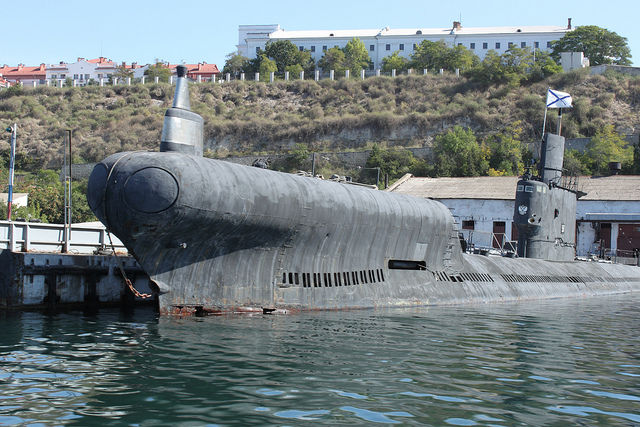 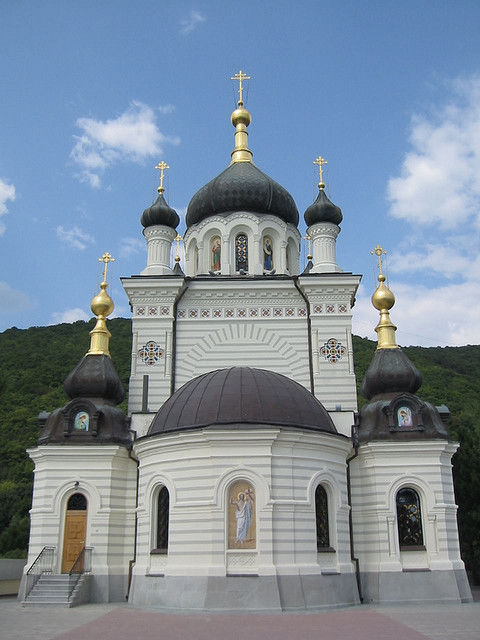 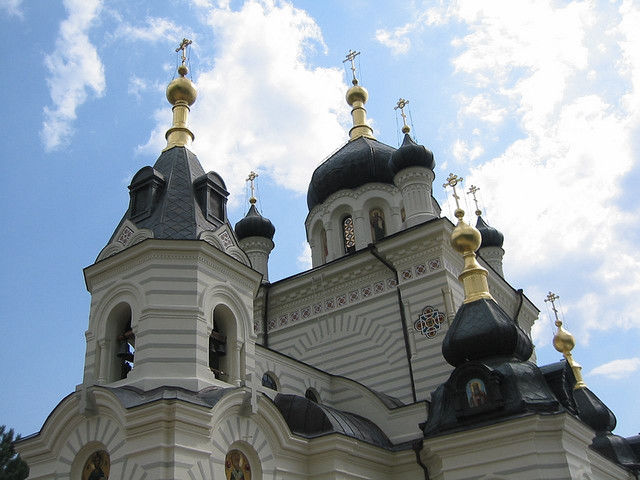 On the last day we were on Crimea we first went to Bakhchysaray and visited Khan's Palace. In the 15th century a Khanate, an autonomous region ruled by a Khan, was founded on the peninsula today known as Crimea. The Khan who ruled over Crimea had his palace in Bakhchysaray, where the Khan's palace still stands. Visiting the palace was very nice. They have furnished several of the rooms with furniture and carpets in the style that the Khan would have had it. 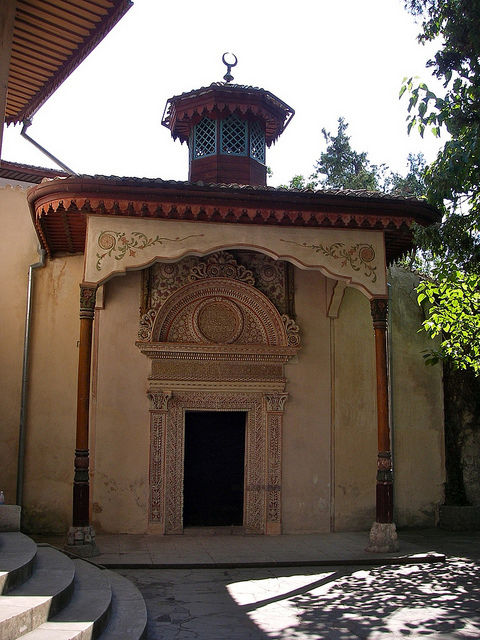 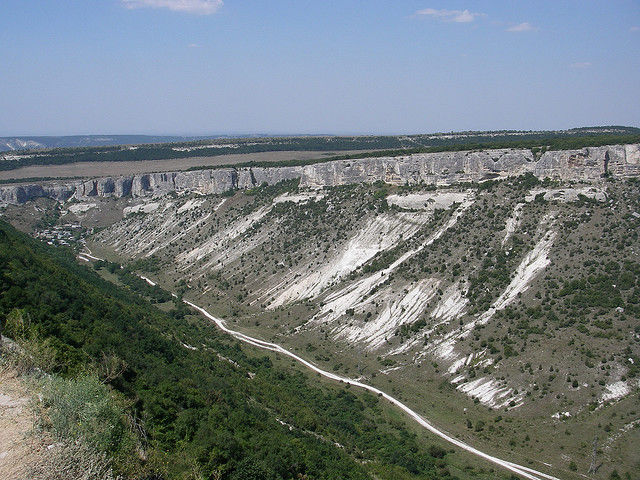 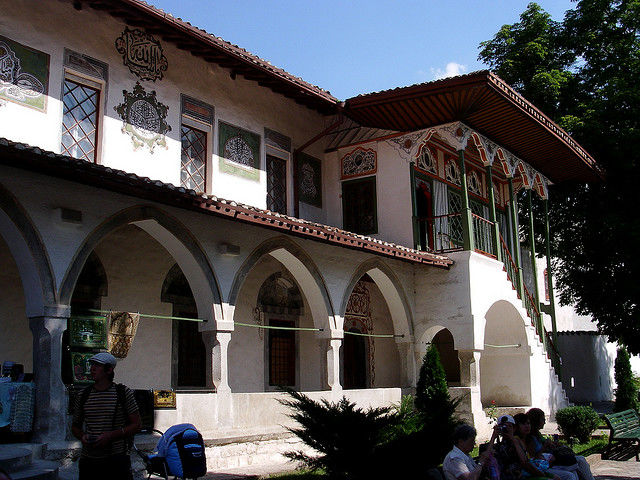