By IT IS A BLOG 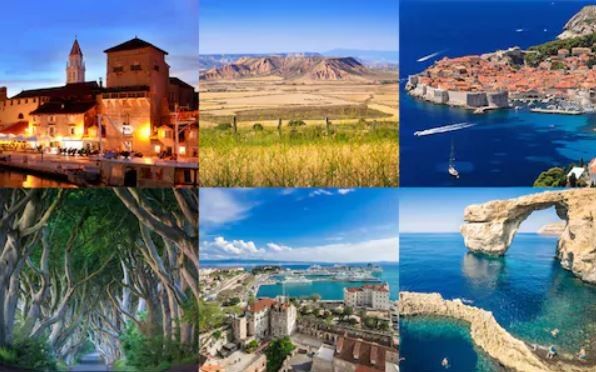 Game of Thrones is The fictional worlds of Westeros and Essos span many continents in real life across the globe. Set is in the medieval ages and while there are some elements of fantasy on the show, the power struggle and the politics is as real as it can get.

If you've ever wondered where you could find the real locations of Games of Thrones map in the real world, this info-graphic by travel agency Lawrence of Morocco reveals the actual locations used in the hit HBO TV series. With the new season hitting the television/laptop screens, I decided to hypothesize few locations in India where Game of Thrones could be filmed if there was to be an Indian counterpart.

The Haunted Forest is a substantial woodland lying north of the Wall, beyond the northern border of the Seven Kingdoms.

Tollymore Forest Park, Newcastle : The Park is comprised of 1,600 acres near the city of Newcastle at the foot of the Mourne Mountains. Flowing through the park is the Shimna River. The park is absolutely gorgeous and has numerous walking trails and 16 bridges in the park that date back to 1726. 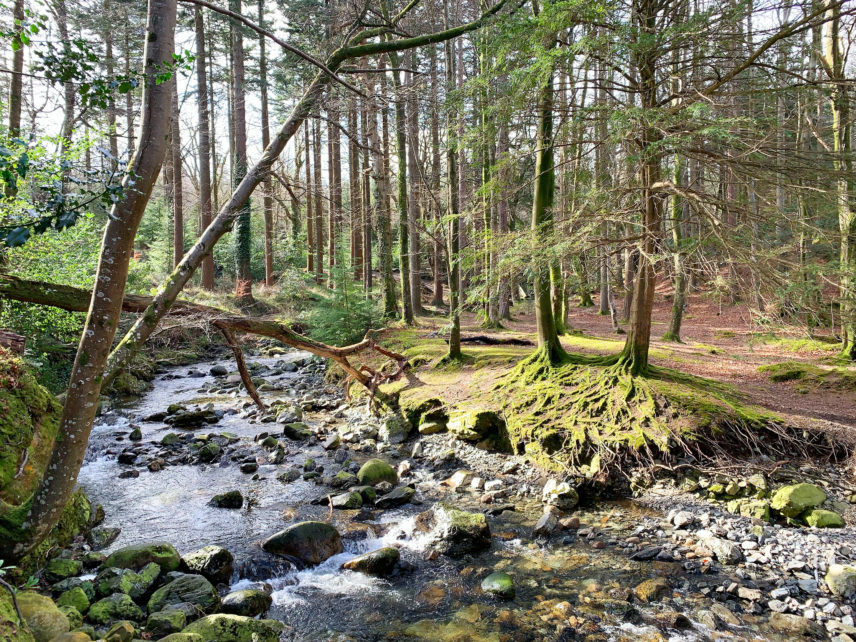 Tada Fall, Andhra Pradesh : Tada falls or Ubbalamdugu Falls is in Varadaiah Palem mandal of Chittoor district in India. Located in a forest called the Siddulaiah Kona, Tada falls is almost as identical as the haunted forest. 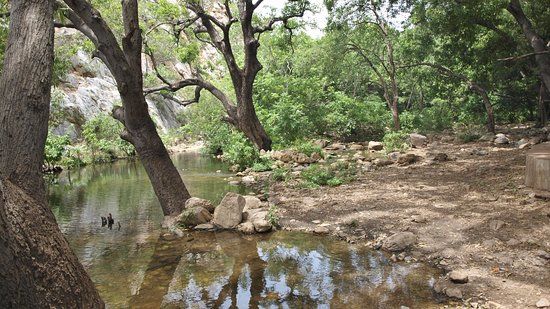 The Kingsroad is the longest and grandest highway in the Seven Kingdoms, running from Castle Black at the Wall all the way south to the capital city of King's Landing, passing Winterfell along the way. 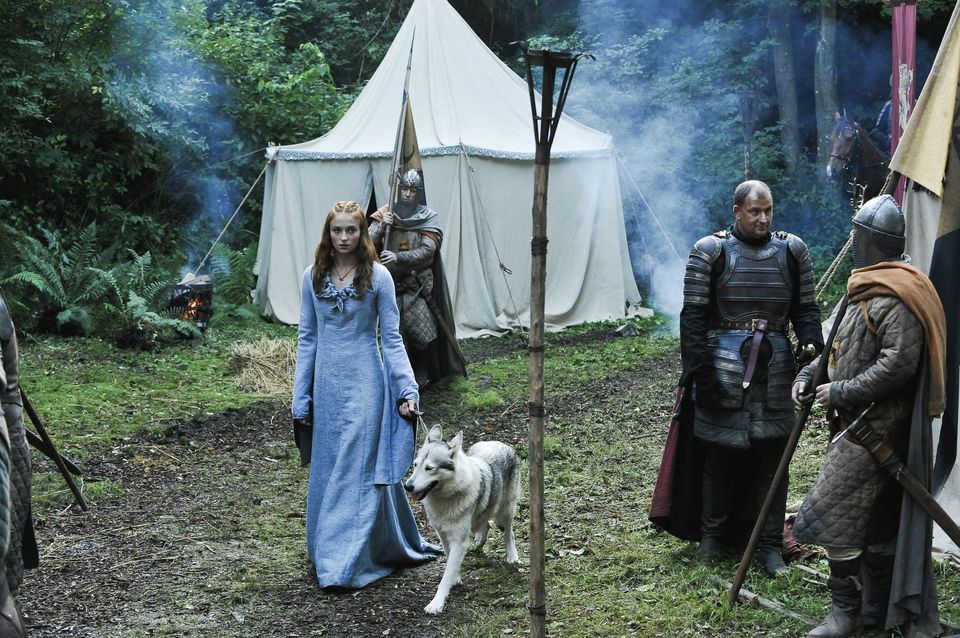 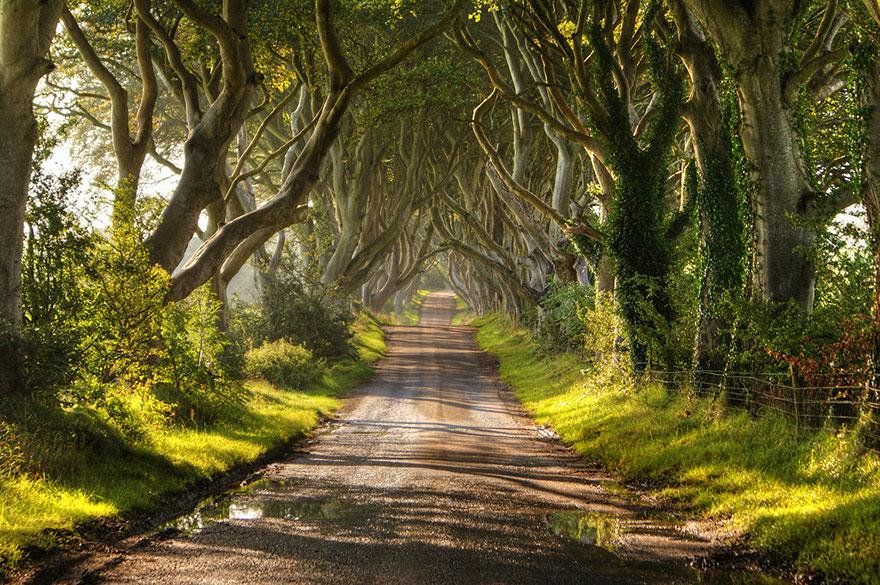 Jim Corbett : Jim Corbett National Park is a forested wildlife sanctuary in northern India’s Uttarakhand State. Comprising an area of 520.8 km2 (201.1 sq mi) with landscape as varied as hills, riverine belts, marshy depressions, grasslands, Rich in flora and fauna and a large lake, this is the the perfect setting for Kingsroad. 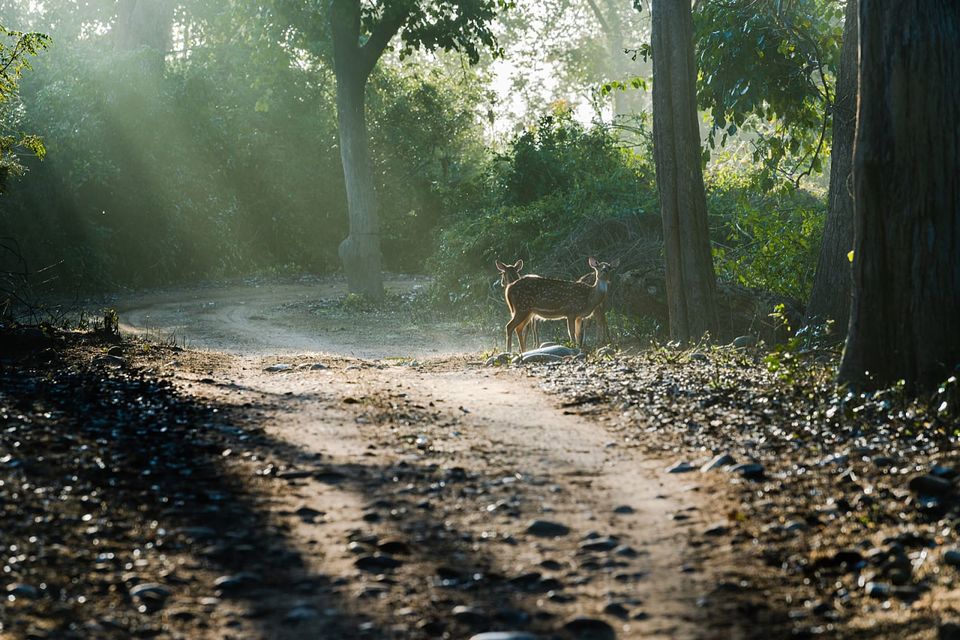 Dragonstone is the castle that stands upon the eponymous island located in Blackwater Bay. It is the ancestral seat of House Targaryen and was the stronghold of a cadet branch of House Baratheon. It is within the Crownlands, the capital region of the Seven Kingdoms. 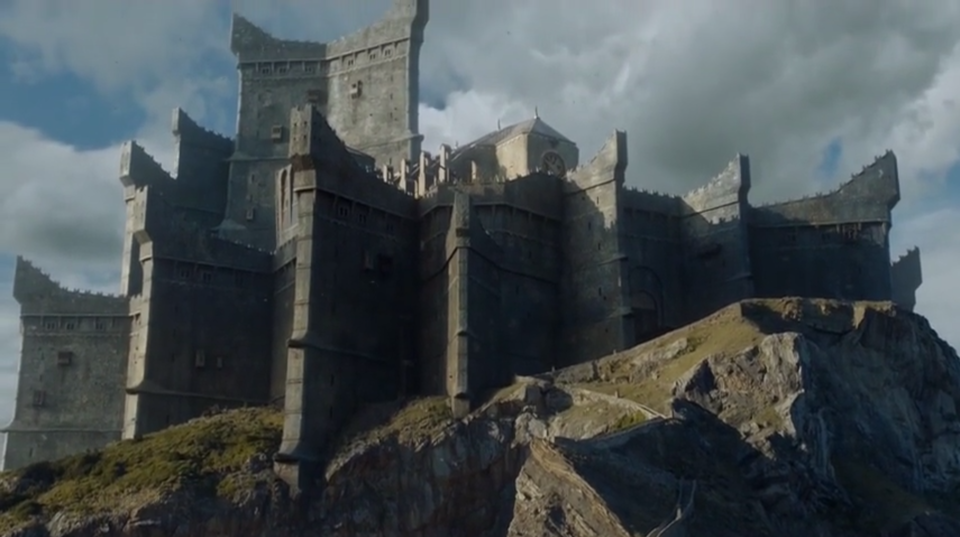 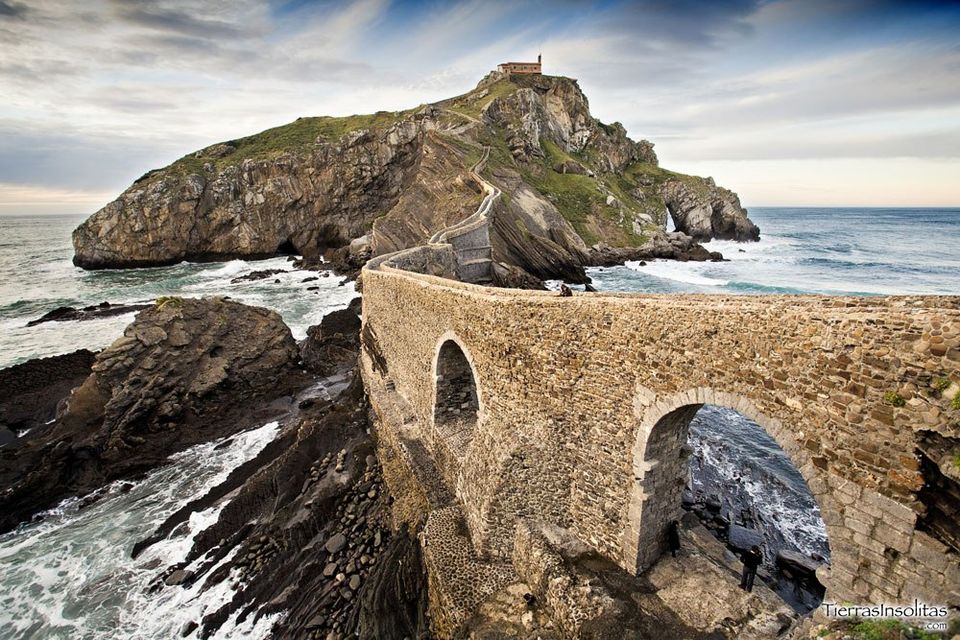 Mehrangarh Fort, Jodhpur : Mehrangarh or Mehran Fort, located in Jodhpur, Rajasthan, is one of the largest forts in India. Built by Maharaja Man Singh to commemorate his victories over Jaipur and Bikaner armies, Mehrangarh is as historical as Dragonstone. 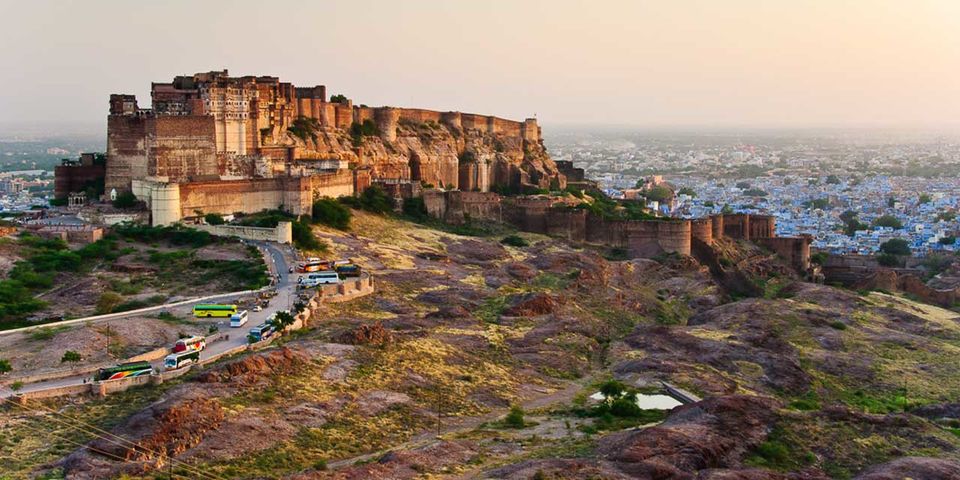 6. North of the Wall

It is the only part of the continent that is not part of the realm, and thus the only place where particular attention is given to the difference between "Westeros" (the continent), and "the Seven Kingdoms" (the realm to the south of the Wall ruled by the Iron Throne). 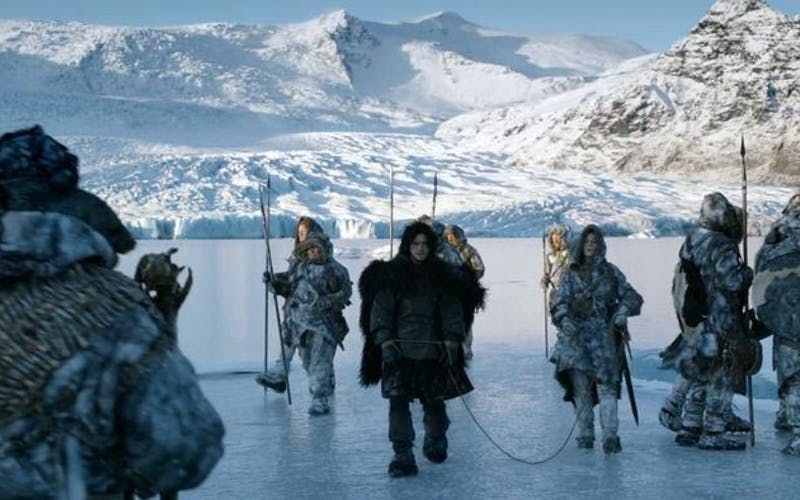 Höfðabrekka, Icaland : Höfðabrekka is located near Vík, the southernmost city of Iceland. It lies at the foot of the glacier Mýrdalsjökull which sits on the volcano of Katla. In Game of Thrones, the area was used to film sweeping panoramas in season two, as Jon Snow ventures into the treacherous Frostfangs beyond the Wall. 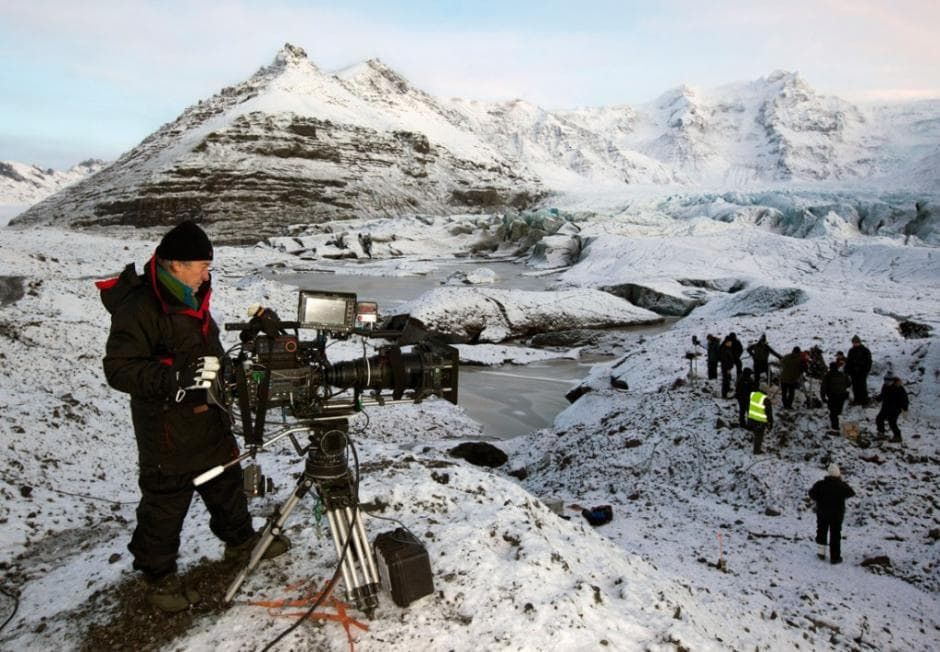 Bara-lacha Pass, Zanskar : Bara-lacha Pass, or Bārā Lācha La, is a high mountain pass in Zanskar range, connecting Lahaul district in Himachal Pradesh to Ladakh in Jammu and Kashmir, situated along the Leh–Manali Highway. It is the perfect place to recreate the uncharted land beyond the Wall.

5. House of the Undying

The House of the Undying is a location in Qarth. It is the headquarters of the Warlocks of Qarth. It is a large tower without any visible openings and surrounded by trees which are used to make Shade of the evening. 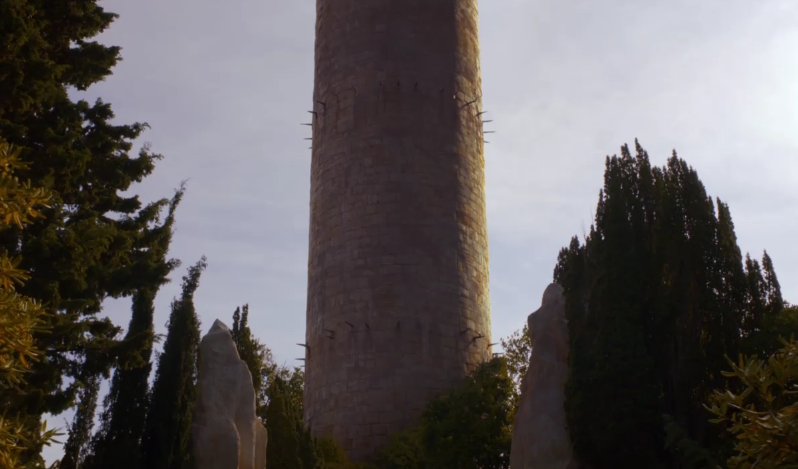 Minčeta Tower, Croatia : One of the most prominent and most visited Dubrovnik’s protecting towers as well as the highest point of its defence system, is the Minčeta Tower. It was named after the Mencetic family who owned the ground which the tower was built upon. 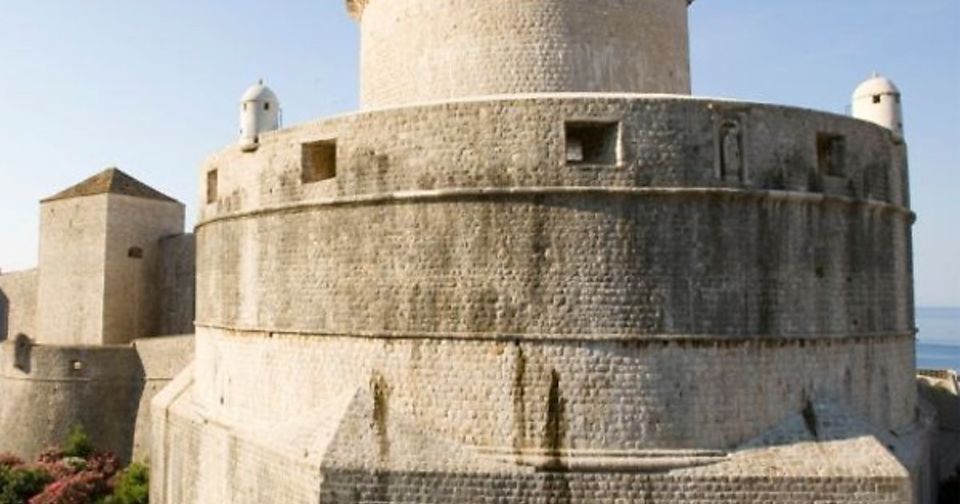 Qutub Minar, Delhi : Qutab Minar is a soaring, 73 m-high tower of victory, in the Mehrauli area of Delhi, India. The tower has five distinct storeys, each marked by a projecting balcony and tapers from a 15 m diameter at the base to just 2.5 m at the top. 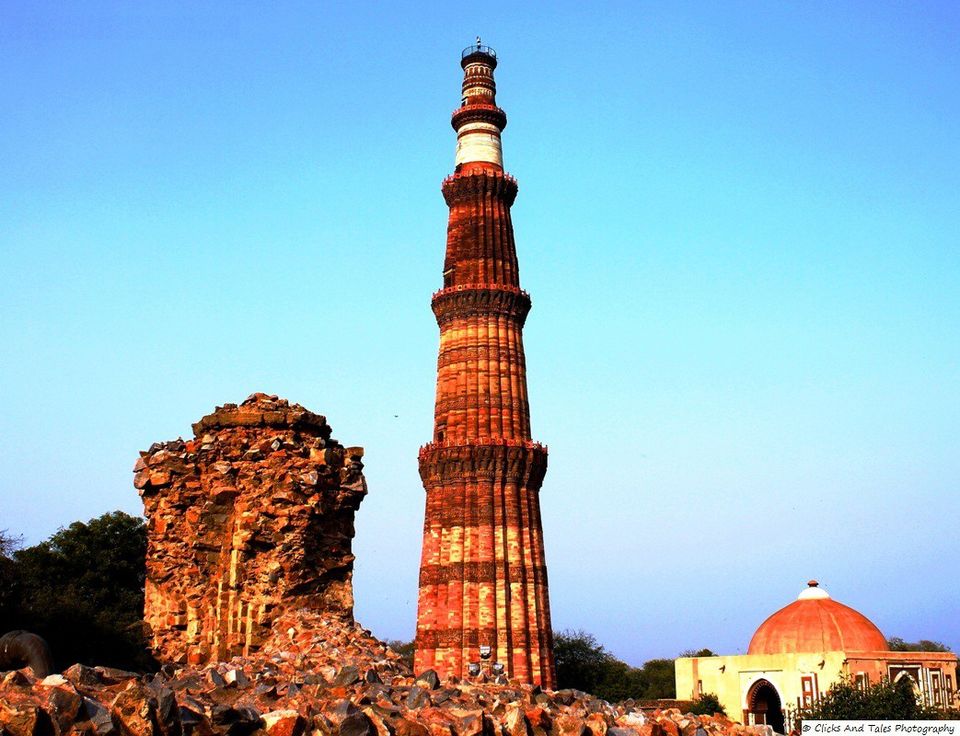 How similar are these two places! If shot from the right angle; Qutub Minar is the ideal location for the House of the Undying.

Yunkai, known also as the Yellow City, is one of the three great Ghiscari city-states of Slaver's Bay, located southwest of Meereen and north of Astapor. Daenerys liberates in series three. 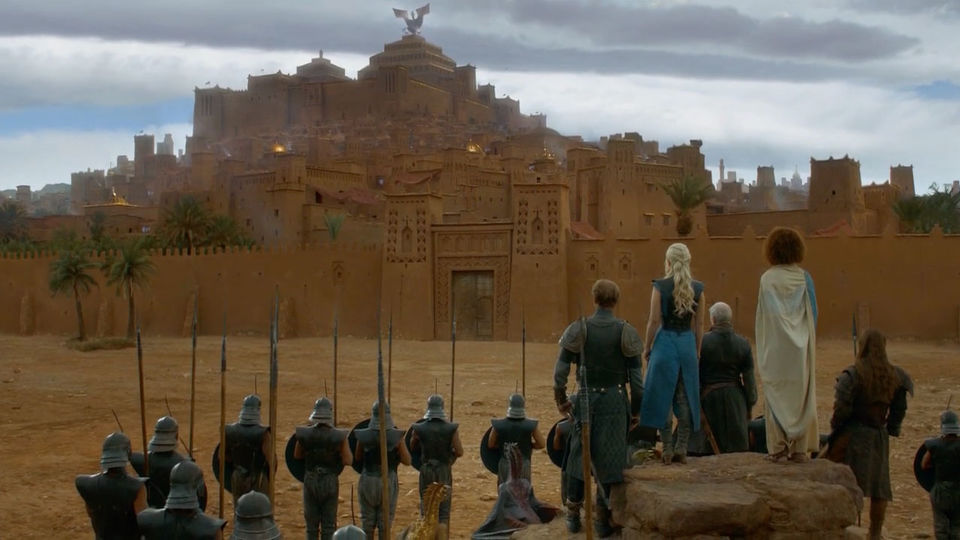 Aït Benhaddou, Morocco : A fortified city on the foothills of the Atlas Mountains, Aït Benhaddou has been a UNESCO World Heritage Site since 1987 and has played host to every Hollywood blockbuster from Lawrence of Arabia to Gladiator. 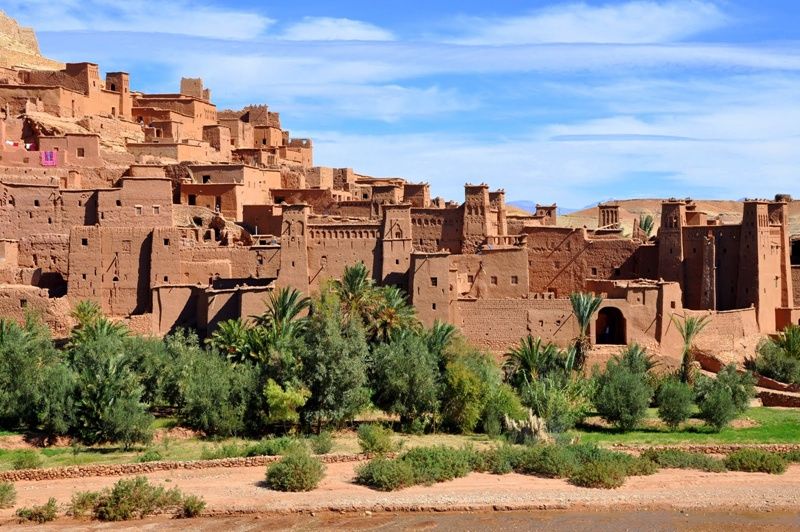 Kumbhalgarh Fort : Kumbhalgarh fort is a Mewar fortress on the westerly range of Aravalli Hills, in the Rajsamand district near Udaipur of Rajasthan state in western India. It is a World Heritage Site included in Hill Forts of Rajasthan. 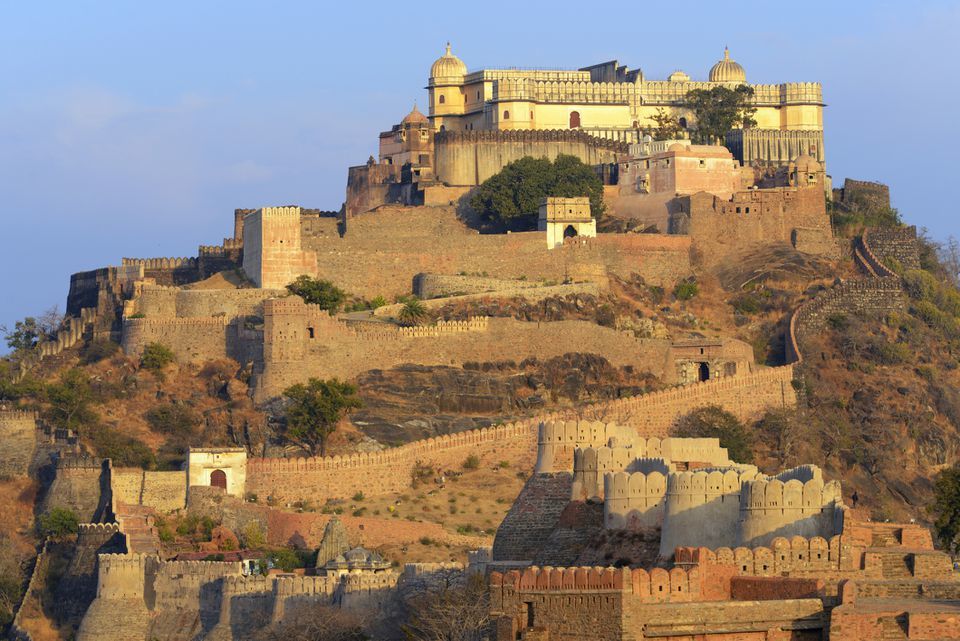 Astapor, also known as the Red City, is the southernmost of the three great city-states of Slaver's Bay. A noted stopping point for ships bound from Qarth to the Free Cities and Westeros, Astapor is home of the infamous Unsullied, eunuch slave-soldiers considered by many to be the finest infantry troops in the World. 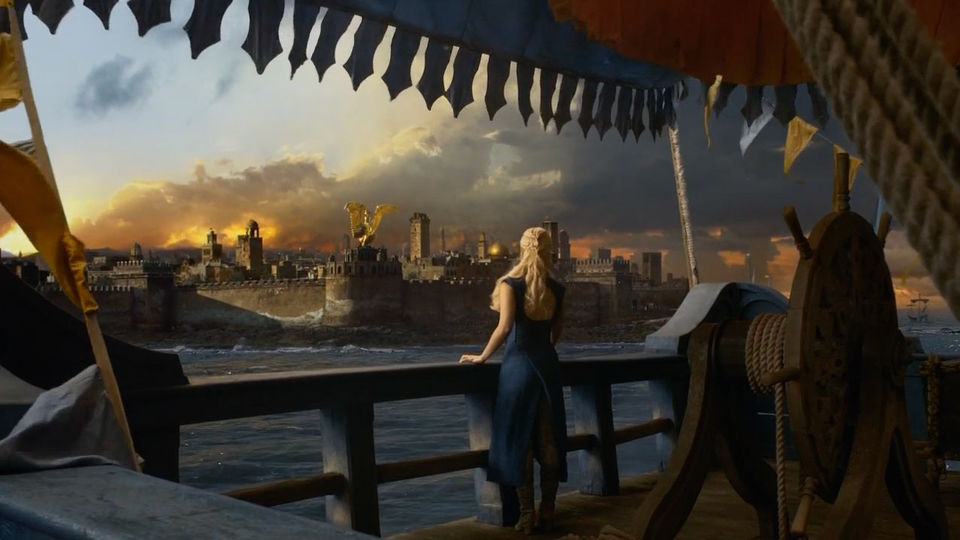 Essaouira, Morocco : Essaouira is a port city and resort on Morocco’s Atlantic coast. Its medina (old town) is protected by 18th-century seafront ramparts called the Skala de la Kasbah, which were designed by European engineers. Old brass cannons line the walls, and there are ocean views. The most famous scenes of Astapor were filmed in the waterfront where you’ll find an impressive watch-tower surrounded by blue fishing boats. 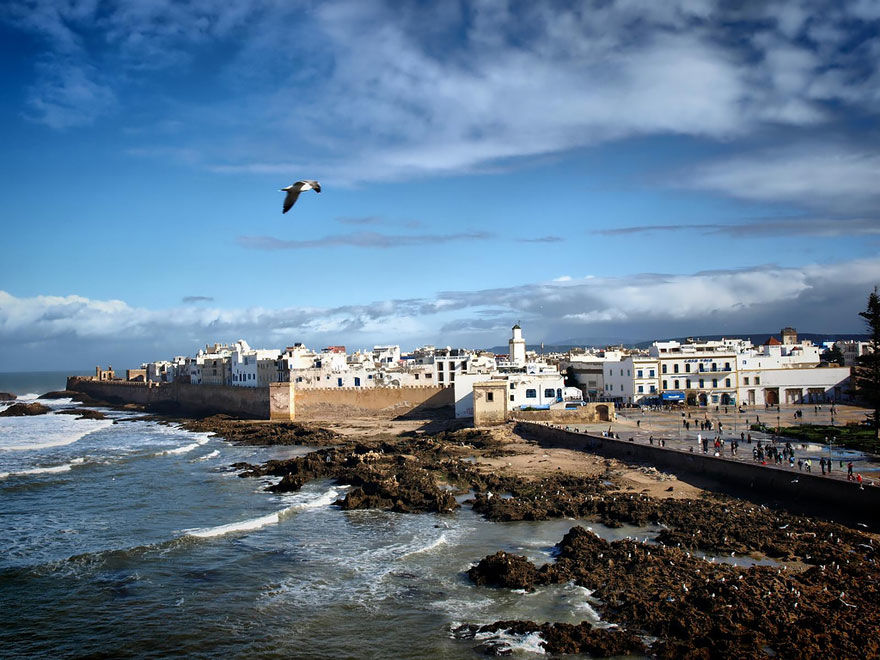 Lake Pichola and City Palace, Udaipur : Lake Pichola, situated in Udaipur city in the Indian state of Rajasthan, is an artificial fresh water lake. It is one of the several contiguous lakes, and developed over the last few centuries in and around the famous Udaipur city. Udaipur City Palace is one of the architectural marvels of Rajasthan, located peacefully on the banks of Lake Pichola. This majestic City Palace is the most-visited tourist attraction of Udaipur and often distinguished as the largest palace complex in Rajasthan. 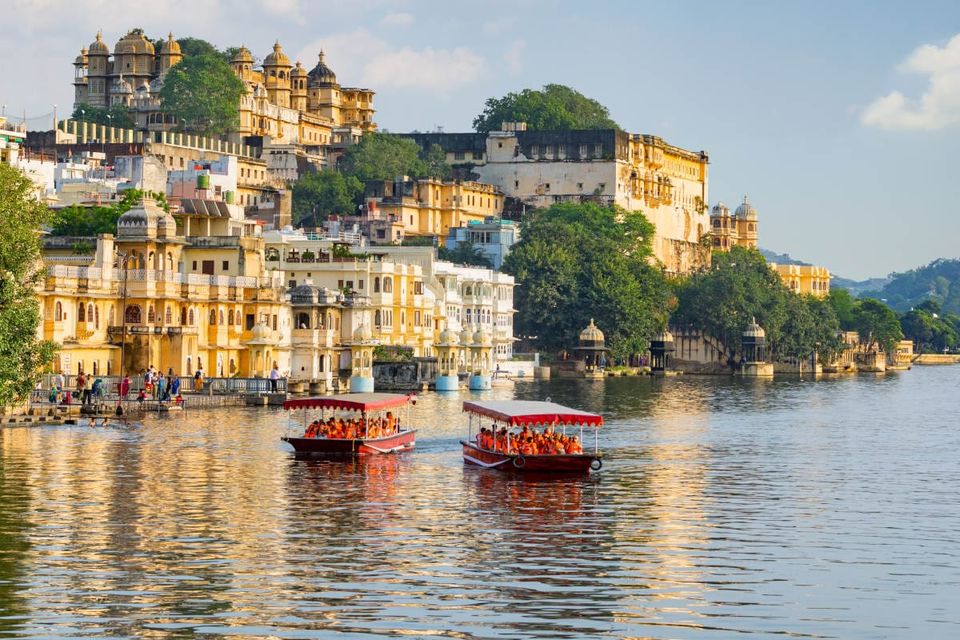 Royal palace of Dorne or Sunspear is the castle in the capital of Dorne . Dorne is one of the nine constituent regions of the Seven Kingdoms. The castle was the seat of House Martell, Princes of Dorne, until the family was legally wiped out by Ellaria Sand and the three eldest Sand Snakes, who seized power through a coup. 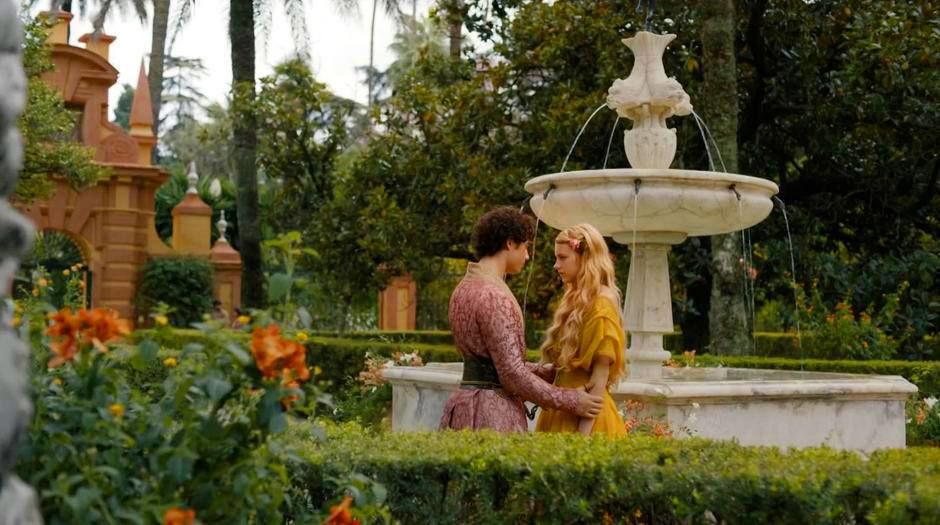 Royal Alcazar Palace, Seville, Spain : The Alcázar of Seville is a royal palace in Seville, Spain, built for the Christian king Peter of Castile. Located in the heart of Seville, the Real Alcazar is one of the oldest palaces still in use in the world. The palace has evolved through different stages over time, from the late 11th century to the present day. From its walls we can appreciate the influence of the cultures that have passed through the city. 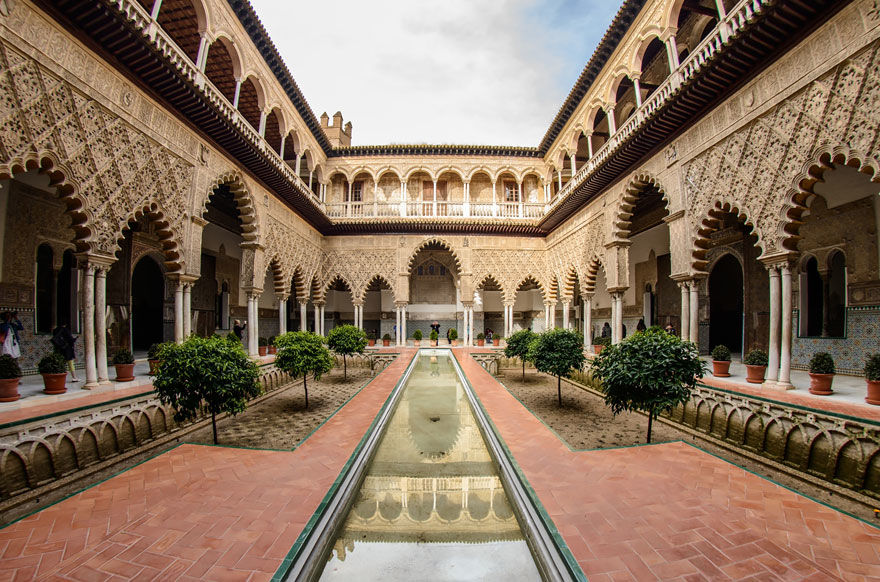 Indian Museum, Kolkata : The Indian Museum in Kolkata, also referred to as the Imperial Museum is the earliest and the largest multipurpose Museum not only in the Indian subcontinent but also in the Asia-Pacific region of the world. 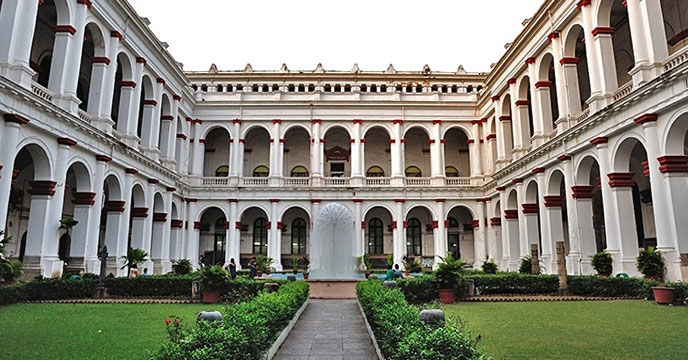 The Skirling Pass is a path into the Frostfangs, located beyond the Wall. Known for its freezing temperatures, the pass is named for the keening sound the wind makes as it blows through it. The pass links the Frozen Shore to the Haunted Forest, both territories held by the wildlings. 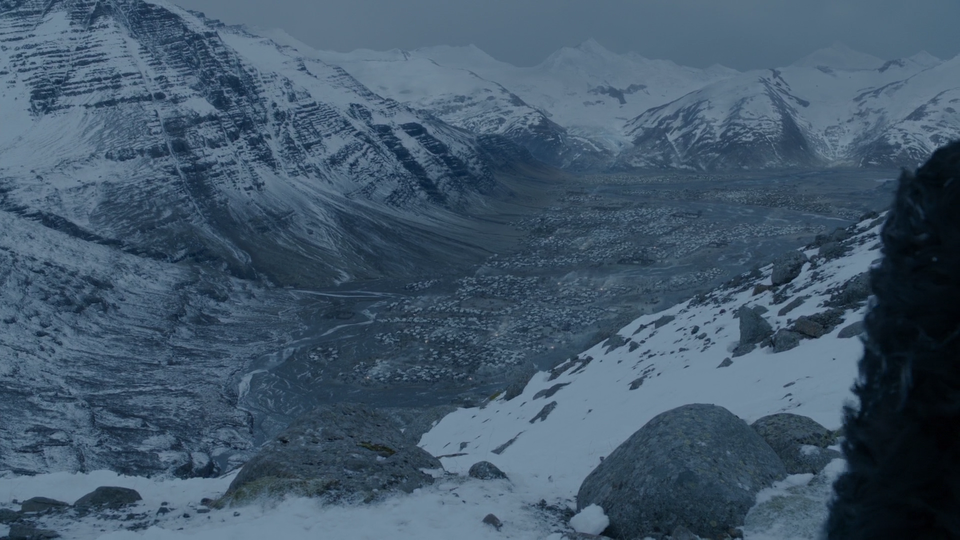 Dimmuborgir, Icaeland : Interestingly, the setting for the camp of the Free Folk in the Skirling Pass was filmed in Dimmuborgir, a lava field with unusually-shaped rocks, which Icelandic folklore says is somehow connected to hell. 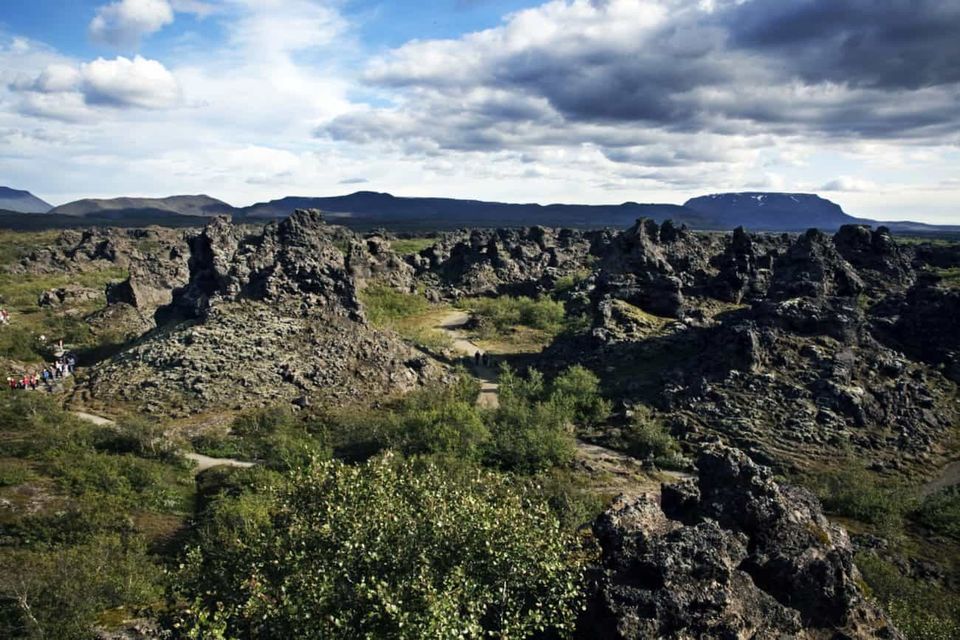 Pensi La Pass, Ladakh : Pensi-la or Pensi Pass is a mountain pass in the Ladakh region of Jammu and Kashmir, which is known as the Gateway to Zanskar. 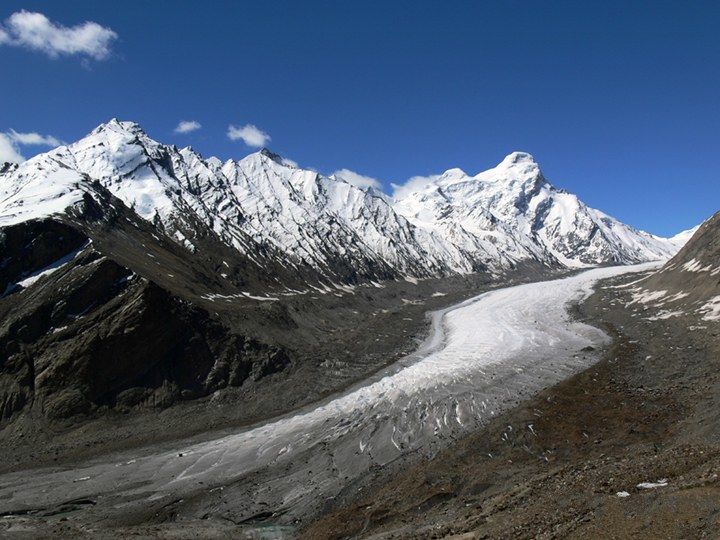 Hey Guys, If you liked the post so must comment and share it. And if you know any other locations do tell us. And must tell your Friends and family about this new blog. Or view our site.