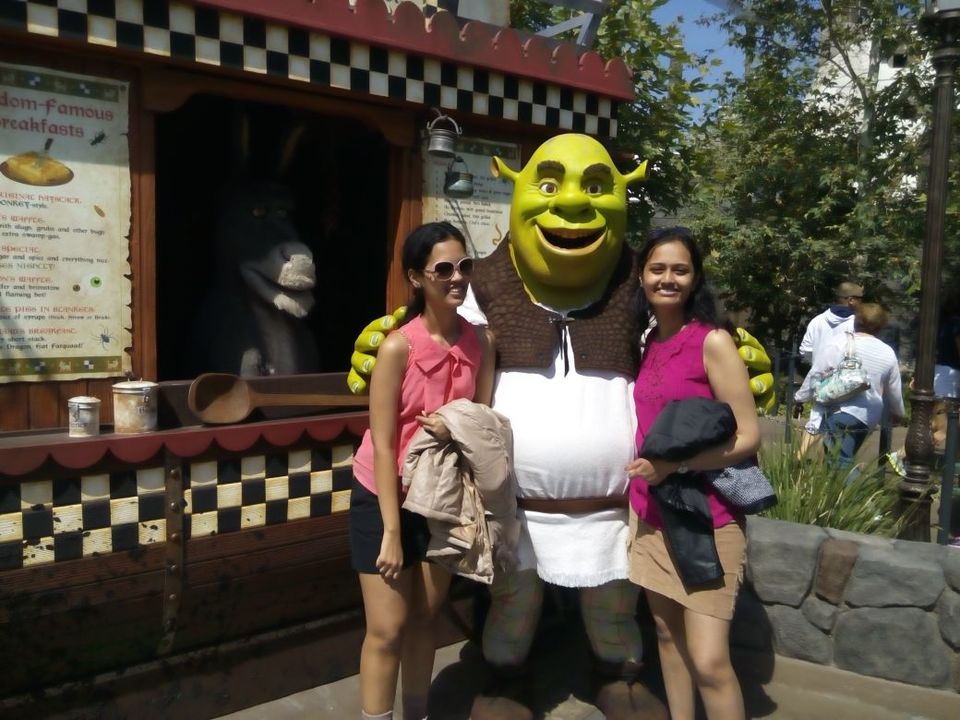 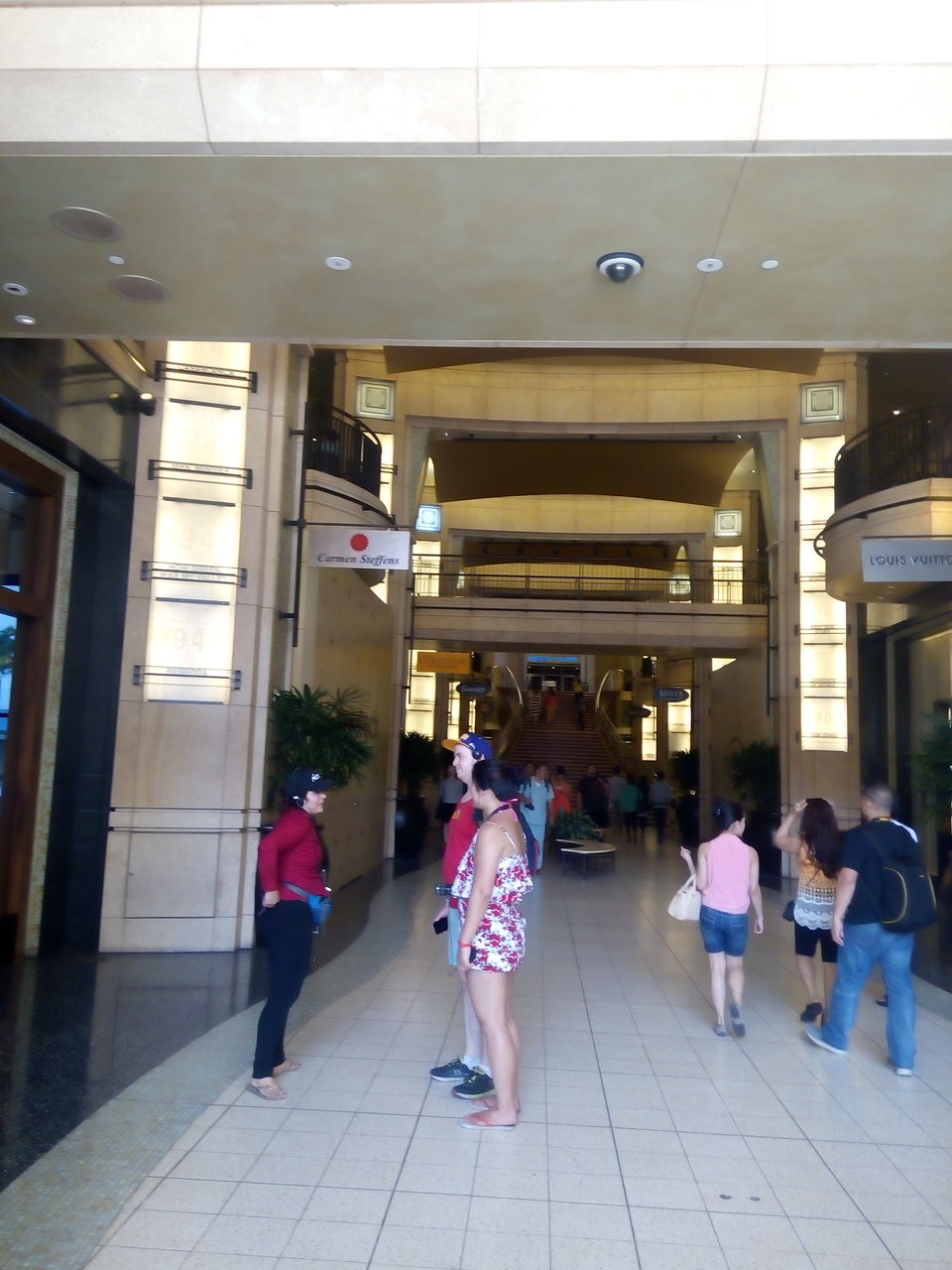 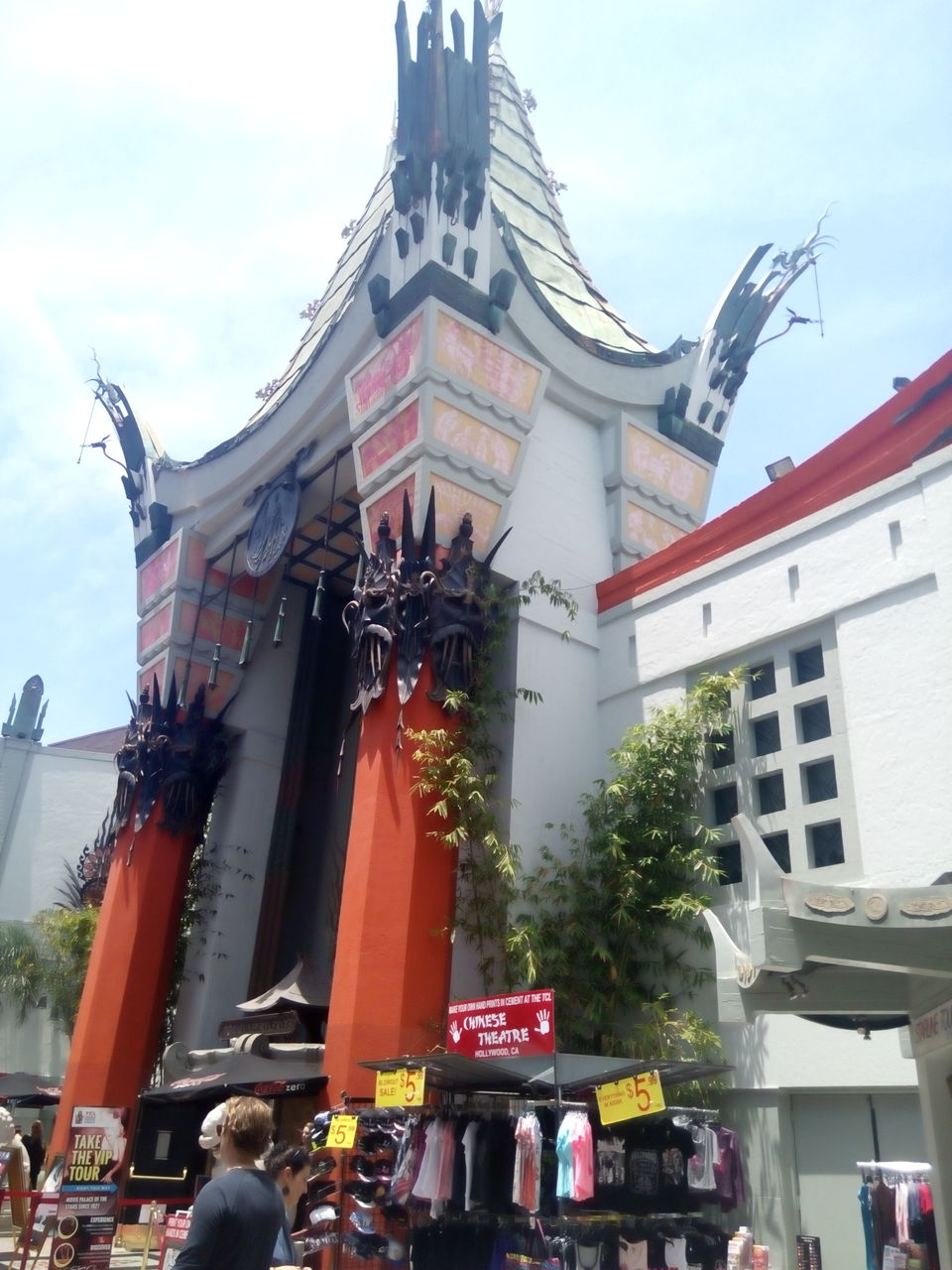 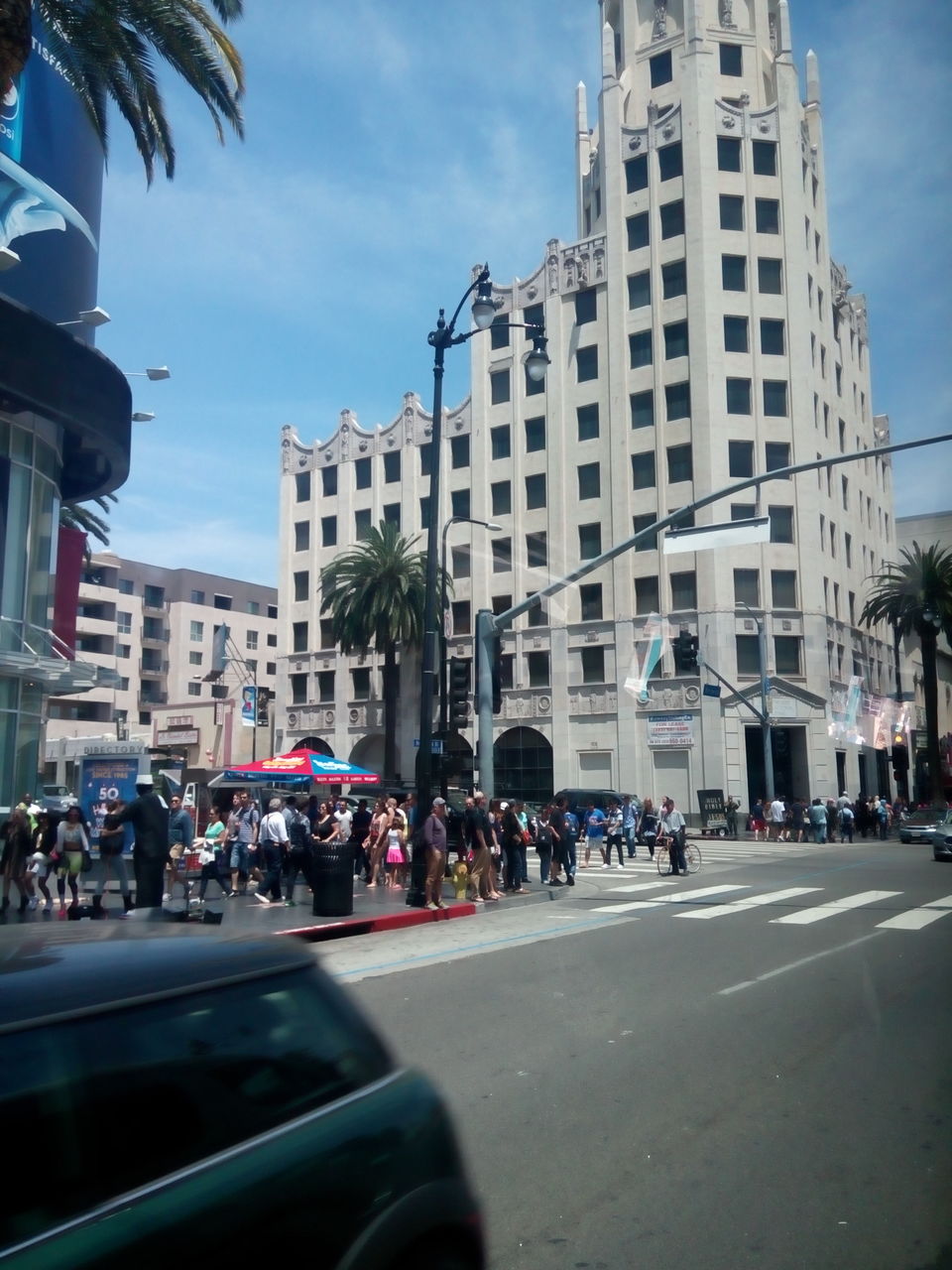 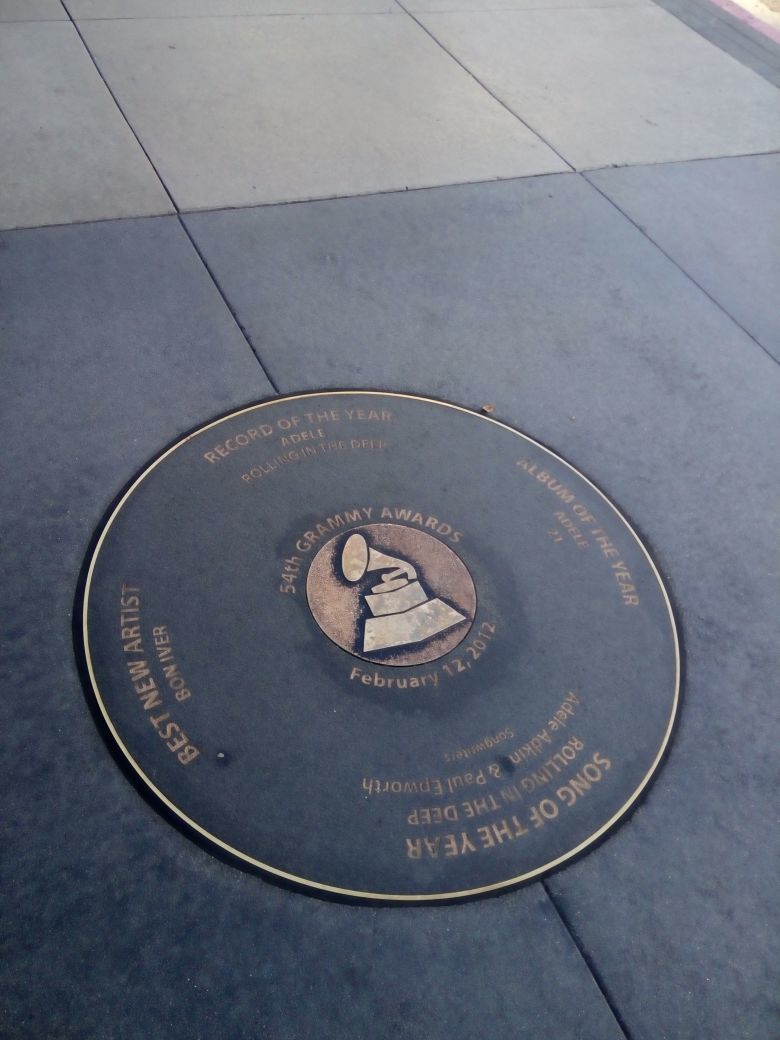 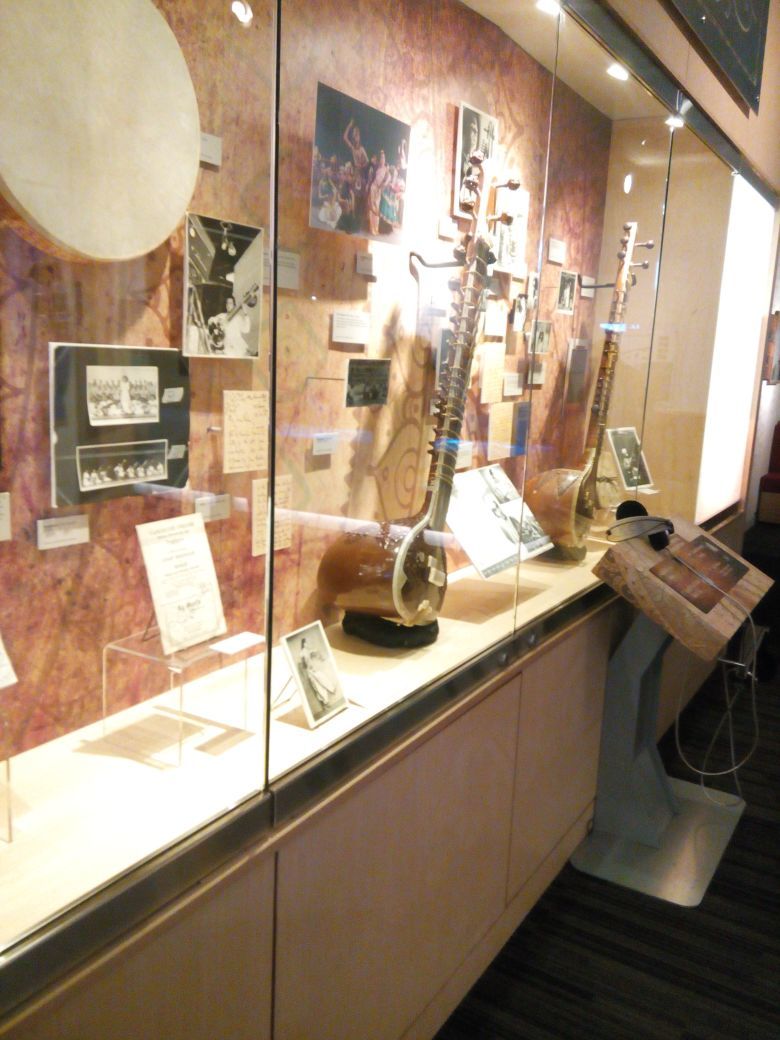 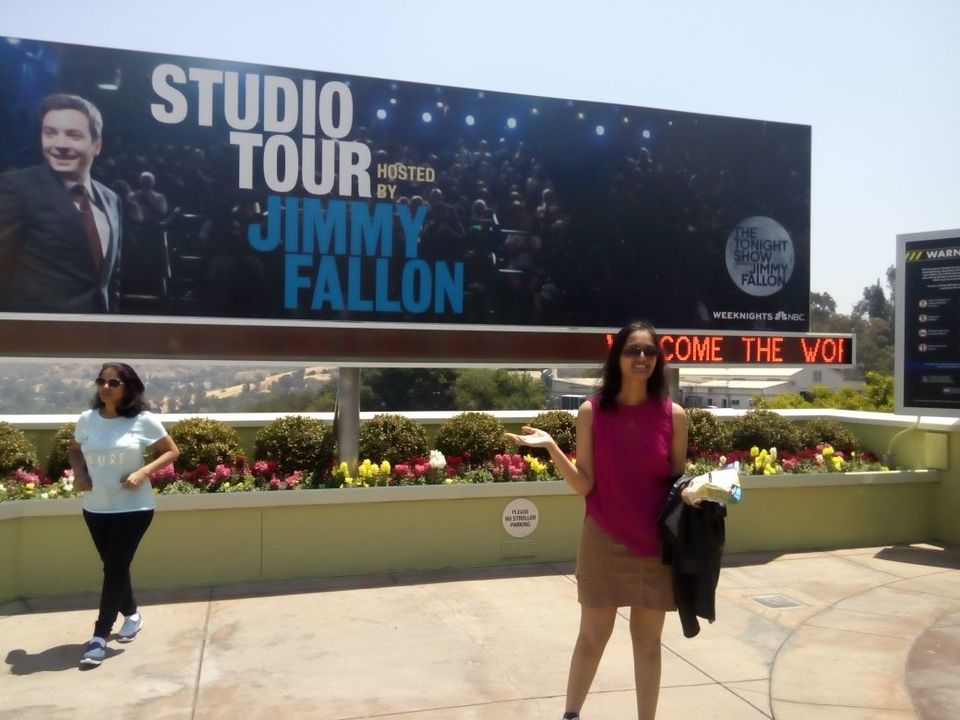 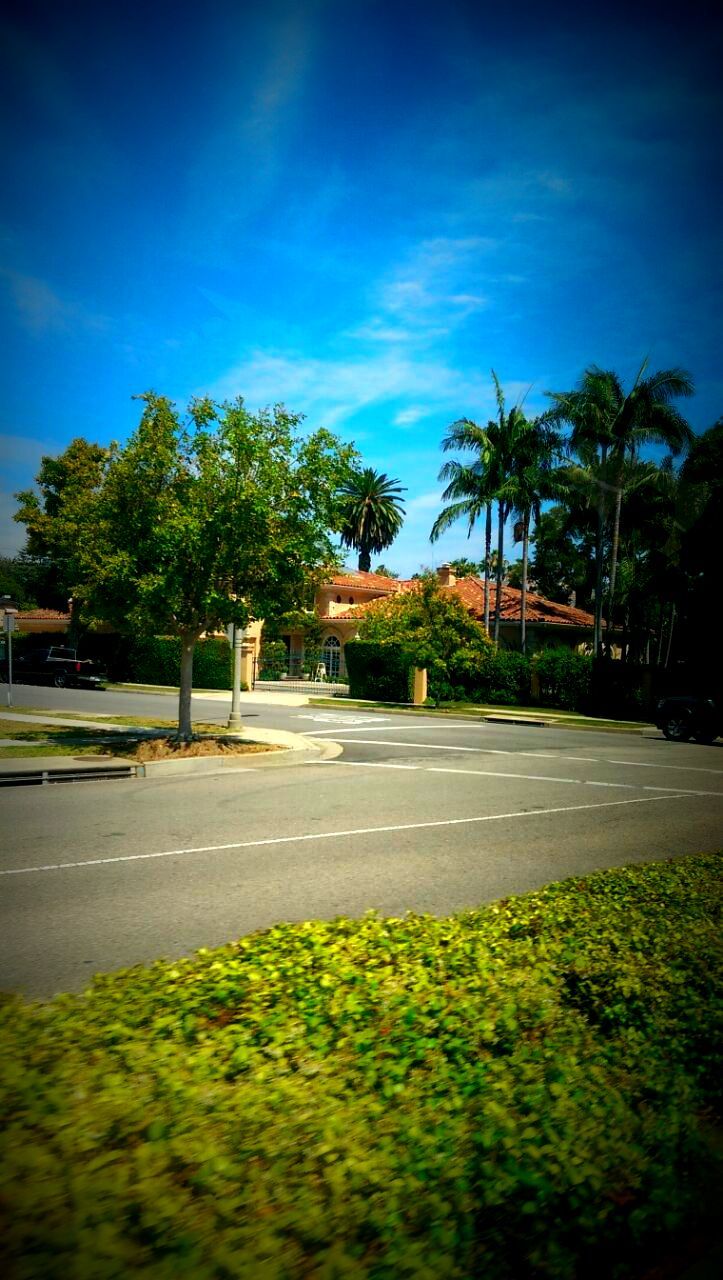 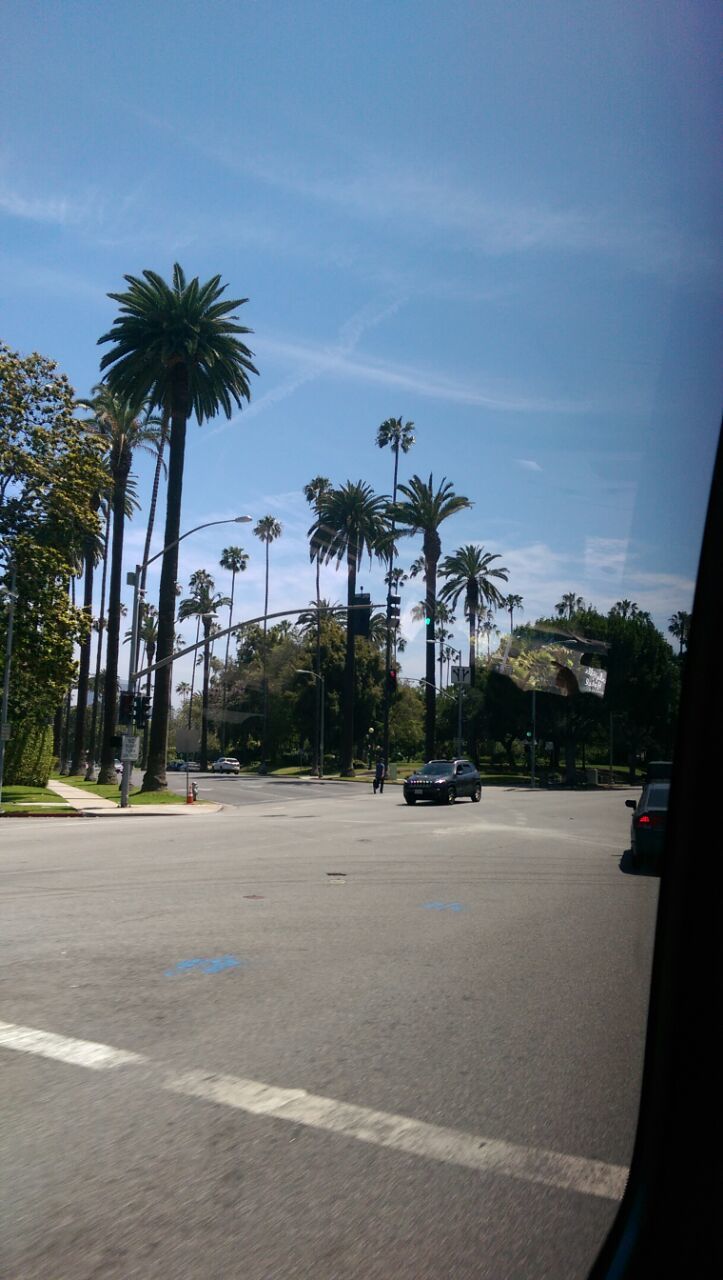 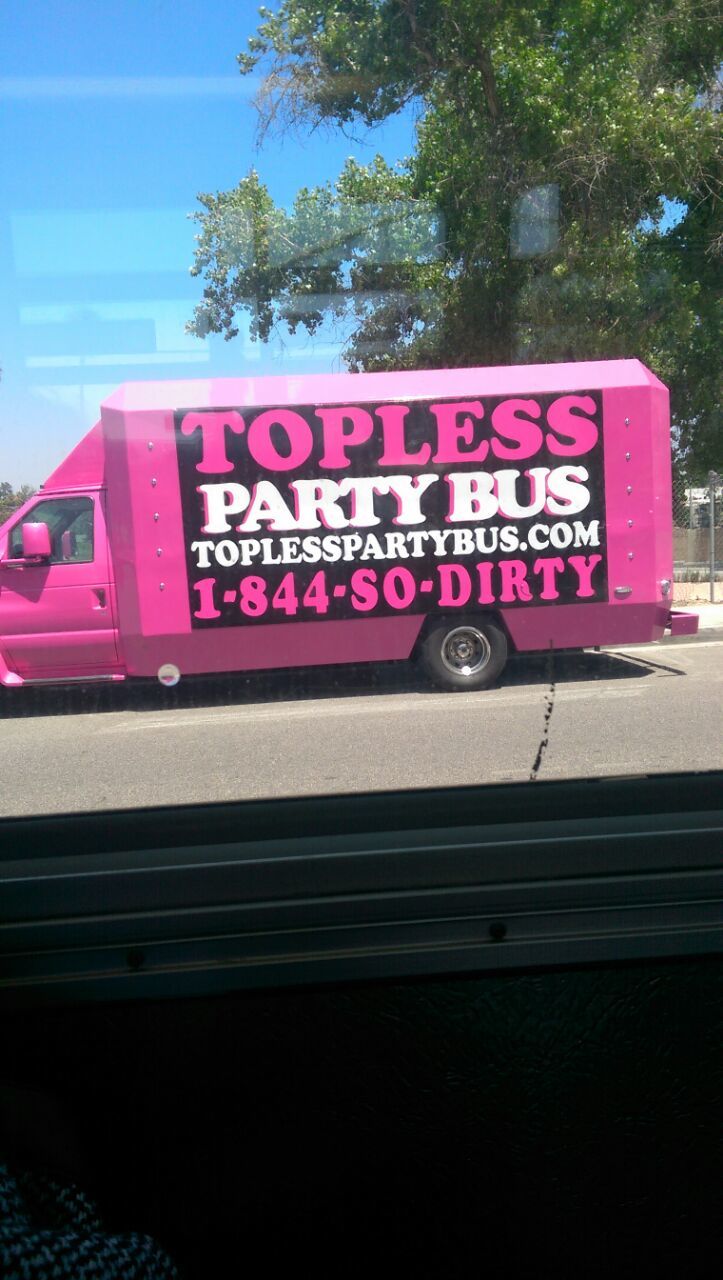 Coming to the Californian state for the first time, I had certain preconceived notions about the place; a sunny, windy city with a friendly, outdoorsy crowd, mainly ethnic just like any other major American coastal city. But on arrival at LAX (Los Angeles International Airport) after the initial sinking in of being in the city of Hollywood, I got quite a shocker in terms of the crowd and the environment. Since my hotel was in downtown, I observed that a majority of the population there were Latinos (people from nearby Mexico, Columbia, Puerto Rico & other Latin American countries), immigrants and living their American dream. Not only was downtown famous for the busy office life but also for historical, brutal gang wars and shoot-outs that killed many. Staying in a place like this brought jitters down my spine thanks to the eerie pathways and strange locals. You would imagine, being from Mumbai, I am pretty used to this but then when you are on vacation, especially in America, you would expect the perfect atmosphere to let yourself loose.

Anyway despite all the hassles of all this and after taking a bit of a nap, we decided to do a bit of  sightseeing on foot and this took us to the cultural centre of LA located in downtown –Staple Centre & the LA Live, places which have hosted the Grammys, Emmys & countless other major events.

The Grammy museum was a pleasant surprise. At a relatively lower fee of $13, you get exposed to music from all over the world .Being self- guided and pretty interactive, you could jam, rap, build your own sounds & dance with popular Grammy award winners. Pure bliss for a music lover like me. High point of this tour was an entire section in the museum dedicated to Grammy winner & Sitar player Pt. Ravi Shankar filling me with a sense of immense pride.

Ended the day with not so good pizza from California Pizza Kitchen-guess it sucks all over the world!

Being a pretty planned trip, day 2 was spent entirely at Hollywood’s most amazing (words fail to describe this place) studio cum amusement park – Universal Studios. A train ride on the Metro - we had purchased a 7 day TAP card in advance (saved us a lot of travel issues) – took us to the Universal City Station where a tram took us further to the studios. Blitzy, glamorous – the place exceeded expectations for a star struck movie lover like moi. But as they say, one cannot have it all and one of the hiccups was that I missed seeing Kit Harrington a.k.a Jon Snow (from Game of Thrones) by 30 minutes.

The studio had loads to offer from 4D experiences of King Kong, Transformers, Despicable Me and live sets of TV shows like Desperate Housewives, The Mindy Project and movies like Jaws, War of the Worlds, Jurassic Park and many more. The studio tour also showed how sets representing various cities, periods, weather conditions can be artificially created and this provided an insight into the intricate technicalities of making a movie.

High point of this day was a live action show that had live stunts, explosions involving a well-trained cast and crew. Really slick show, was left totally awestruck. The pricing is pretty high but the sheer magnanimity of the experience makes it totally worth it.

When you think of the city of Hollywood, the first thing that comes to mind is beaches, sunbathing, and bikinis. On Day 3, I headed out to the Santa Monica Pier. Arresting blue waters, breezy weather and gorgeous skylines it promised to be an exciting day. Santa Monica Pier has an amusement park for the families, endless restaurants serving cuisines from all over the world and ferry rides to nearby islands of Malibu, Catalina, etc. Being a total water baby, what attracts me wherever I go is the ocean and this was no different. Grabbing a bite from Taco Bell, the later hours were spent canoodling the waters and enjoying the Californian sand.

As the sunset, dawn set in the pier transformed due to the overflow of heavenly music, cold breeze and rustle of the waves and you could just stay over there forever. From hearing an old man play Hotel California on his bagpiper to jostling with a teenage boy band, it was a perfect end to a mesmerizing day.

When you explore a new city, often people take a no. of planned city tours and we did the same on the last day. Taking the metro by our usual stop near the hotel, we reached Hollywood Highland which was home to the Dolby Theatre. Yes, the same theatre which hosts the Oscars every year. To imagine the stars walking down the red carpet and posing for the paparazzi was surreal.

The Grand City Tour that we took was led by an old tour guide of about 70 who took us around the famous places. Age was definitely no bar as he narrated never ending anecdotes about the city, its culture and the people with an infectious smile and energy. In the beginning of the tour I finally saw the most anticipated sign, the HOLLYWOOD sign on the Santa Monica Hills. As expected, I just couldn't stop posing and took a no. of selfies. From there, we then moved towards Beverly Hills, Rodeo Drive, China Town, Downtown LA, Farmers Market etc. More than the sightseeing, travelling with a local was more fun who had a knack to keep us entertained with his jokes and stories. We also visited a typical Mexican market which quite resembled its Indian counterpart due to the dingy lanes, hustle-bustle and overwhelming smell of food all over the place. Ended this day with a brilliant lunch of ravioli at ‘The Marmalade’ in the Farmers’ Market.

California, all in all, is one heck of an experience. The city of L.A. may alarm you in terms of how different it is from the rest of the American nation thanks to the growing no. of immigrants. But the zeal for life amongst the locals, the brilliant weather, food and hotspots makes it a must go destination at least once in a lifetime.

HotelsMap
The hotel used in the filming of the Richard Gere- Julia Roberts movie 'Pretty Woman'.

HotelsMap
Home to the Academy Awards.

HotelsMap
A tribute to the Grammy winning musicians. 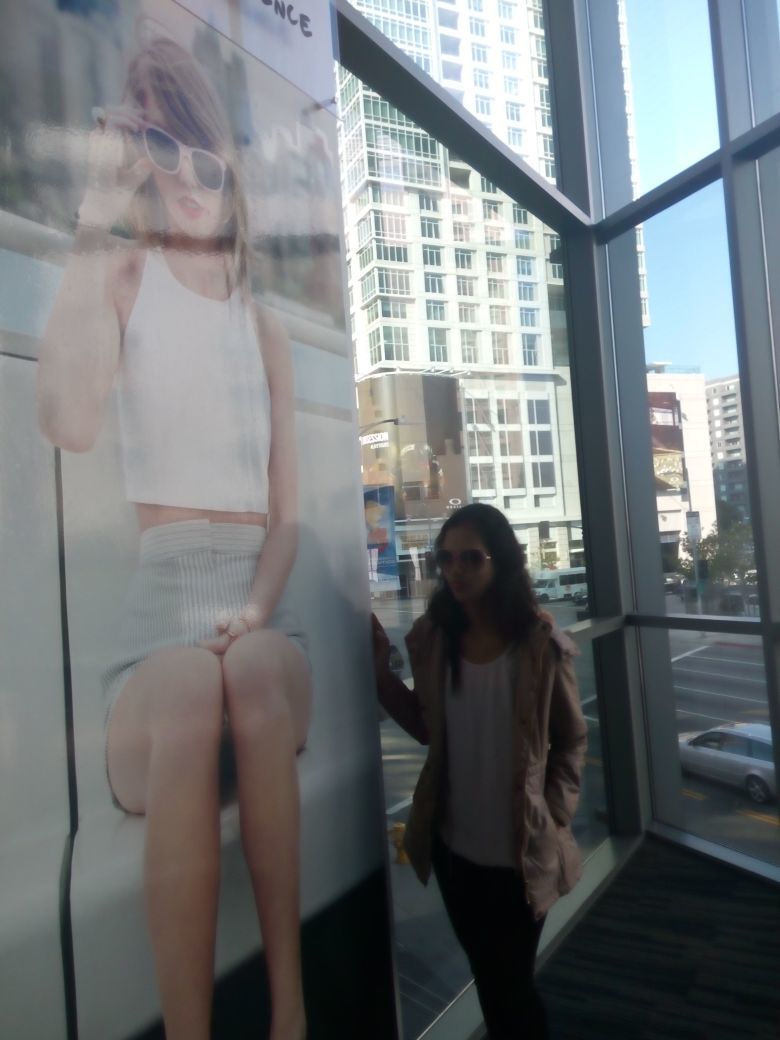 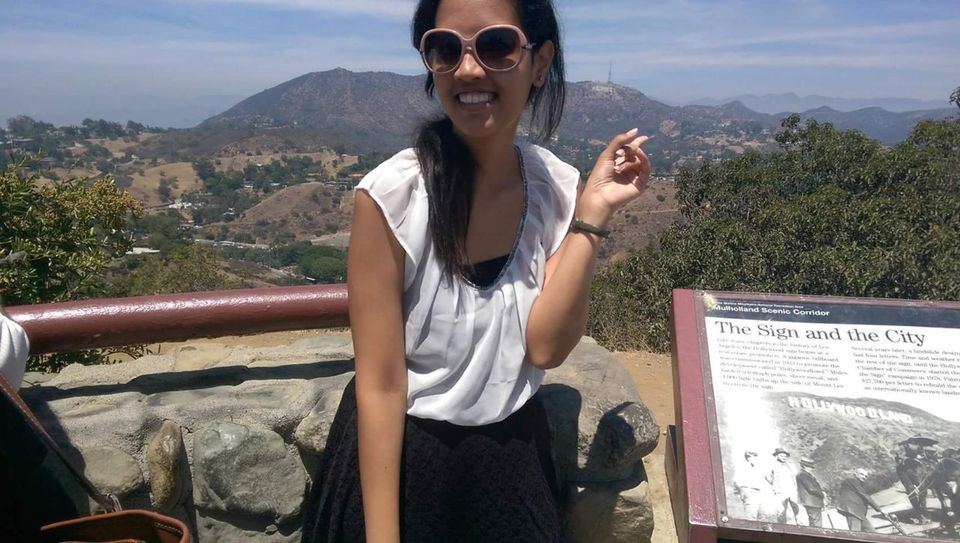 HotelsMap
Structure which has the famous Hollywood Walk of Fame. 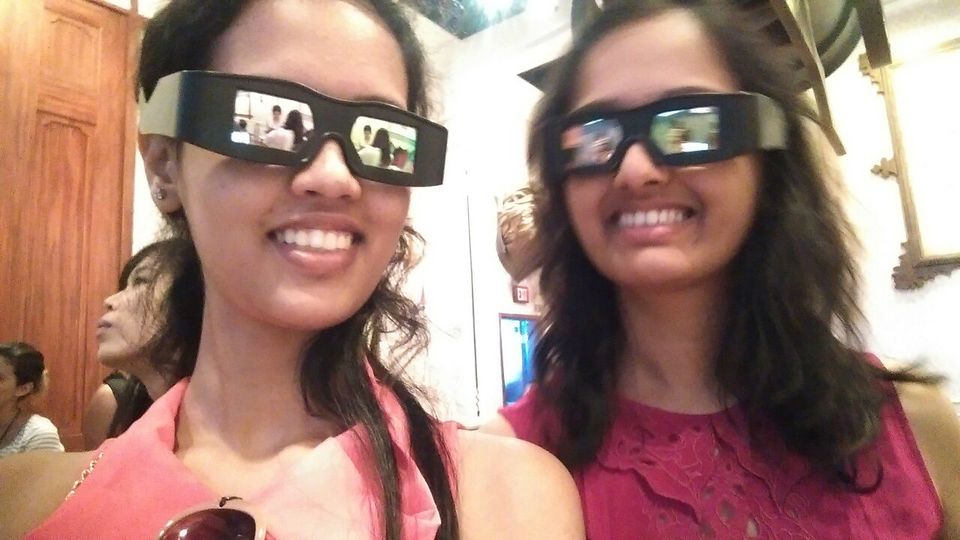