A day at Arabian coast: Life of fishermen 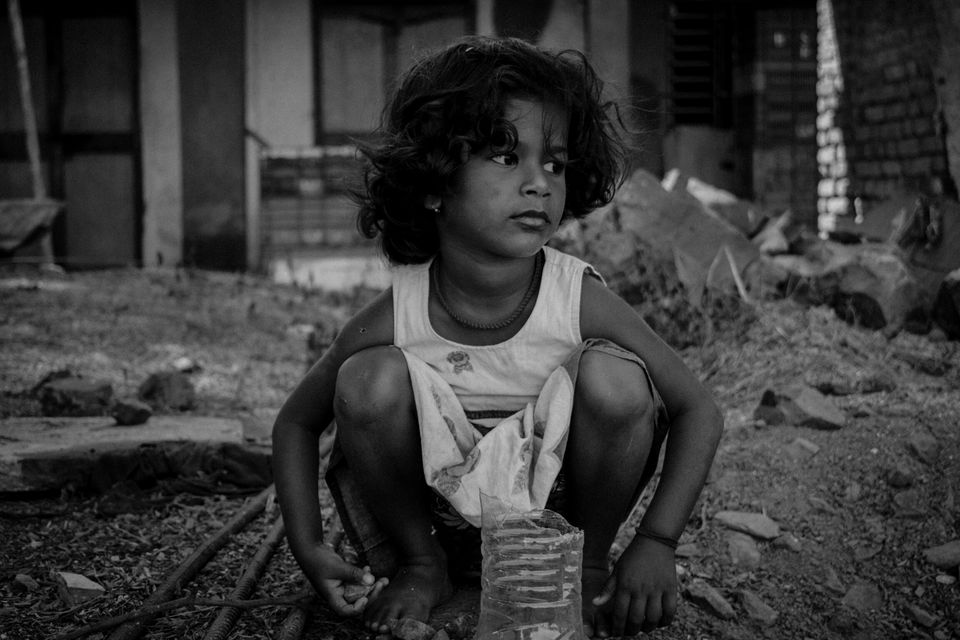 It is always disturbing to watch the headlines scrolling about the fishermen and small ferry owners, who have wandered off the coast into strange waters and have been captured for the mistake that is not theirs’. It is equally heart wrenching to know the stories of the people who lost their lives due to shipwreck. My article today brings you the stories of the land, which has seen so many such stories and stood the test of the time.

THAL, a coastal village, just 7 km away from the District headquarters of Alibagh in the western part of Maharashtra. Breadwinner for most of the villagers is fishing, as there are no other sources of income.

Nowadays youngsters of the community are taking up jobs in Jetty/ferries, which shows a promising income generator as the number of tourists visiting the beaches of Alibagh is on a rise in the recent times. Even as the village stands only a few miles away from the headquarters, the incident of boats wandering off repeat very often.

Pic: Men preparing the boats for the tourists

The fishermen or the jetty operators know the dangers of going deep into the sea, and still put their life at stake to venture in. This leads to the question of what is driving the fishermen to risk their lives and their boats in the belief to fish in the waters unknown.

The answer to this question lies in the lives of the fishermen. It is the survival impetus, to keep the children and family away from starvation,

Pic: A kid from villge Thal

which gives them the courage to go to the sea even when there is no supporting GPS nor any other marine equipment. Neither they know of such technology nor can afford to install in their boats, but this never stopped them from going into the sea.

A typical day in the village of thal start with the majority of the fishermen leaving the land before daybreak as early as 4 AM. They cannot afford to delay the trip, as the chances of returning home are more as long as the sun does not set.

Pic: An old man watching as the boats set for sailing.

Pic: A fisherman leaving the coast

Even the lives of the women are not an easy go. They are in constant prayer for the lives of the men and wait until the men return with the catch. The catch received is to be segregated, cleaned and dried, which involves the laborious task of peeling the gills off and keeping a constant watch on the catch to prevent the lurking stray dogs and cats from stealing the fish.

Pic: A women carrying the basket full of fishes

Drying is important to keep the fish from rotting. The daily living comes from selling the dried fish. The women carry the fish atop their head in the cane bags to nearby villages.

Pic: Women cleaning and drying the place for the fresh fishes to come

Pic: A women carrying a piece of ice to store the fishes in a cold container

Everything goes well when the fishermen has their share of the catch, but there are times when the fishermen has to stick to the sea for days together due to scant catch, not knowing which direction they are being taken by the sea. The struggle with the uncompromising sea and the harsh weather continues days together until the catch is obtained. It is still not the time to relax, as the fishermen have to figure out a way returning home, without the aid of the navigation tech, it takes a mastermind to figure out the direction from a place which is surrounded by the sea in all directions. Many a times the slightest mistake in assessing the correct direction leads the fishermen in the wrong waters and leads to capture.

Pic: No matter its flood or draught, business has to continue

Every trip completed marks a lucky day and there is no time to relax as the next day offers another challenge and so the life goes on……..

Even with so much over their head, the villagers greet backpackers with sweet and warm smiles. They offer hospitality that no five star hotel can match. They offer their place to sleep, share the food they eat and extend their love not expecting anything in return. They will take you to the sea for fishing if you wish to experience the thrill of their lives.

More from the gallery:

Pic: Khanderi island fort coast which is opposite to village Khal.

It is always disturbing to watch the headlines scrolling about the fishermen and small ferry owners, who have wandered off the coast into strange waters and have been captured for the mistake that is not theirs’. It is equally heart wrenching to know the stories of the people who lost their lives due to shipwreck. My article today brings you the stories of the land, which has seen so many such stories and stood the test of the time.